Recently Metro & I have finished replacing all of the 42 Civ2 Leader pictures with HoMM2 hero portraits. Converting their faces into the limitations of the Civ2 colour palette has been a real challenge but the final results are pretty good!

Here's some of the imported leaders (light blue is transparent in-game): 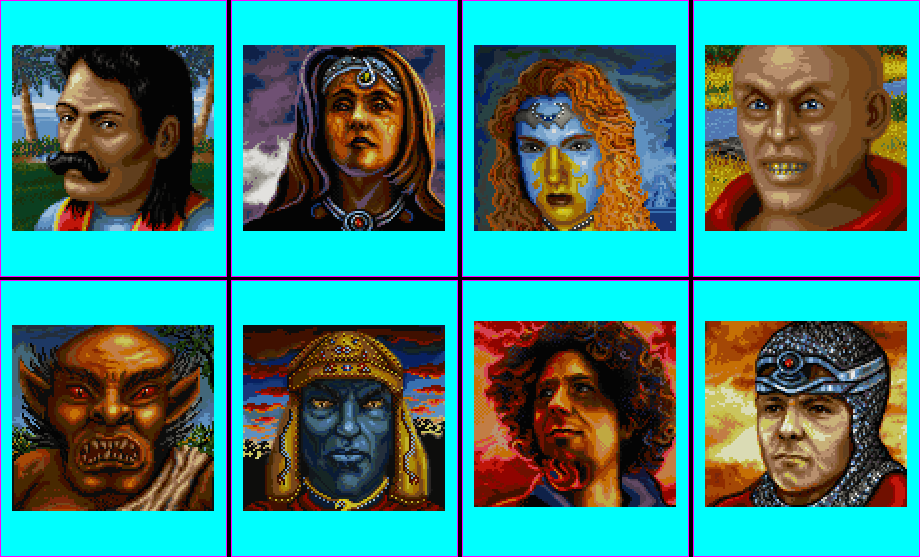 Here is a in-game Diplomacy screenshot (note we'll probably be telling people to disable the 3D 'Heralds' as having a Zulu, a Roman or some big Russian guy dancing away in front of our leaders doesn't really suit the HoMM theme haha) using the new leader portraits. 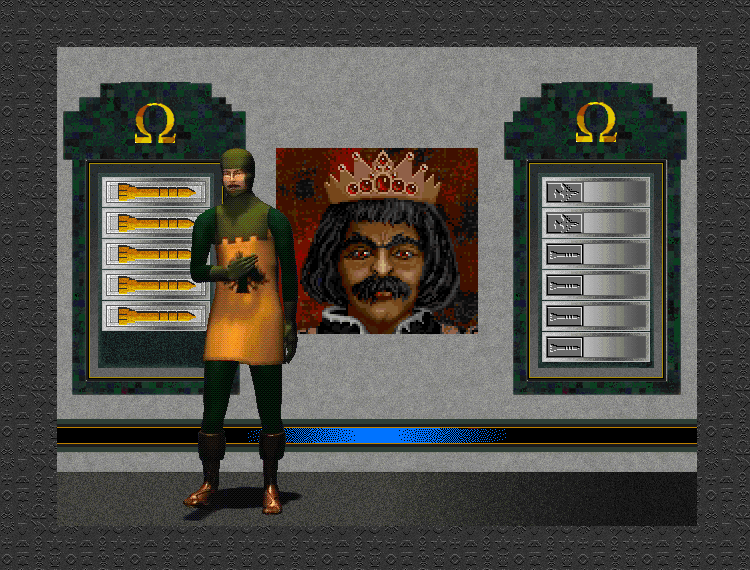 Meanwhile Metro & I decided to 'go where no Civ2 scenario maker has gone before' (at least we don't think anyone has) and replace all of Civ2's cutscene videos. As previously mentioned we're using HoMM2 artifacts as the Wonders so we're going to make some sort of cool video that leads to a book or scroll showing what the wonder artifact does using HoMM2 icons of course. 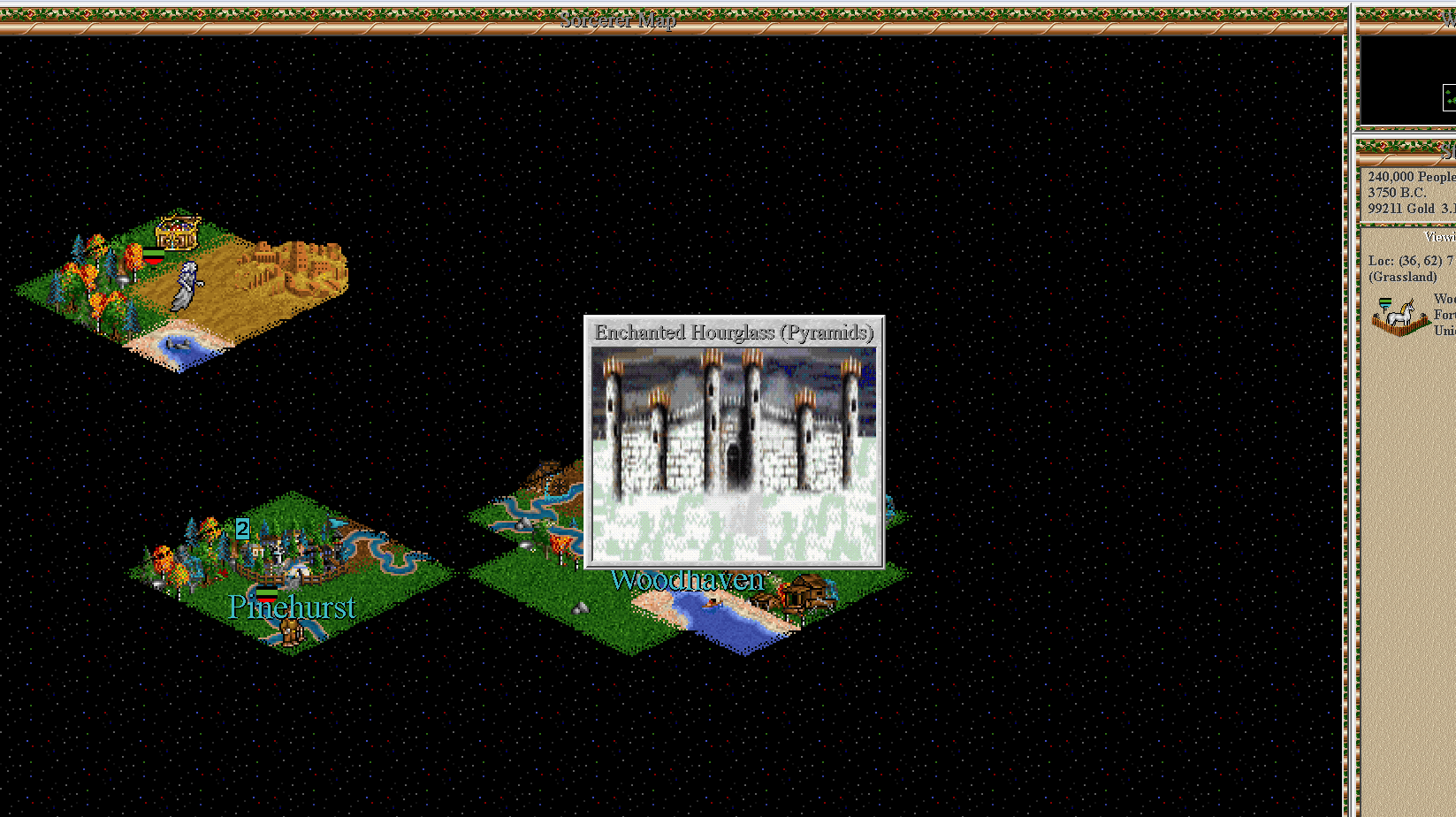 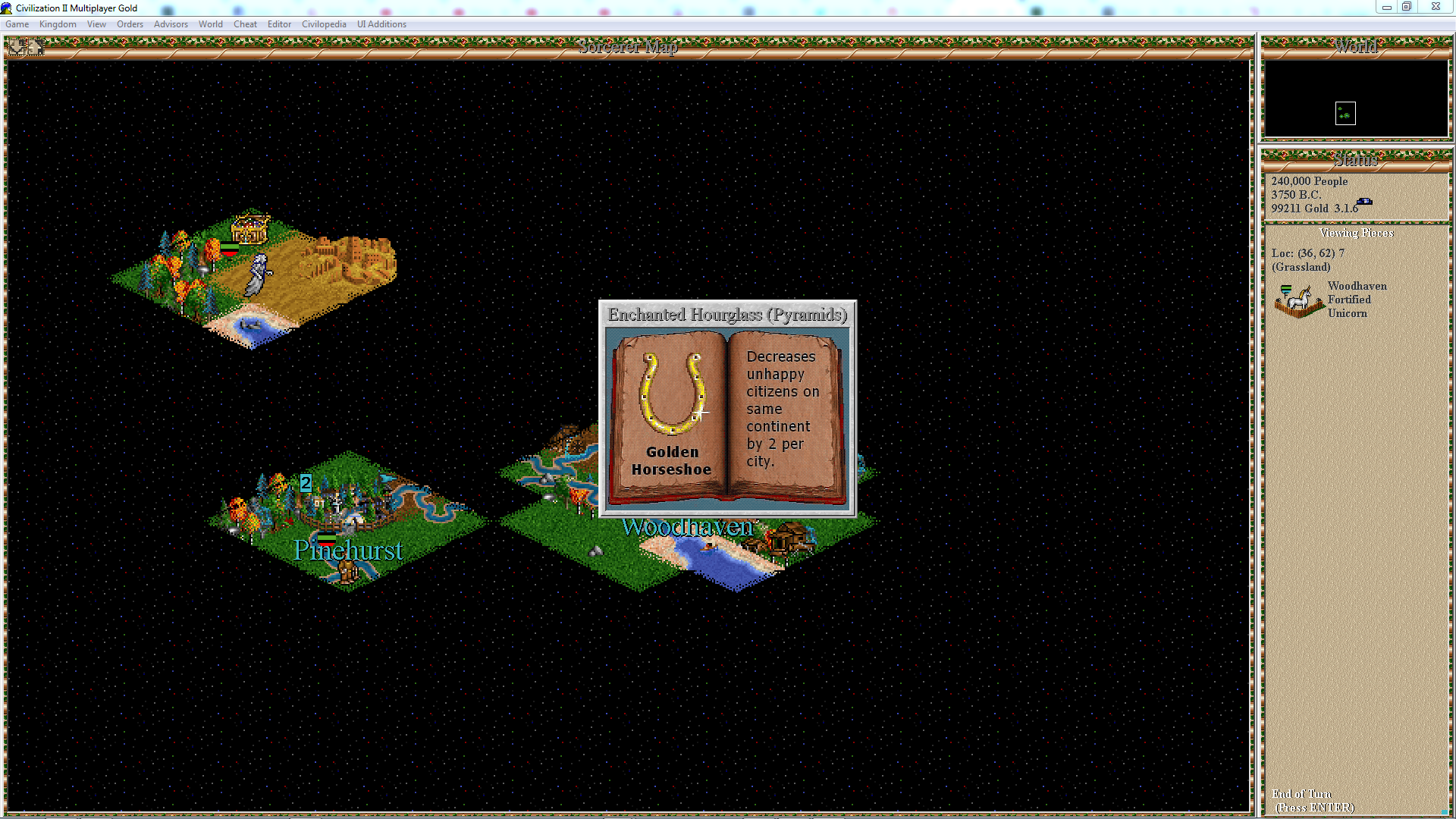 And last of all here's a new in-game world shot where I've been playing around testing our world decoration. For a game that doesn't have anywhere near as many map objects as HoMM does I think we've done a pretty good job at squeezing as many map decorations into the scenario as possible haha! 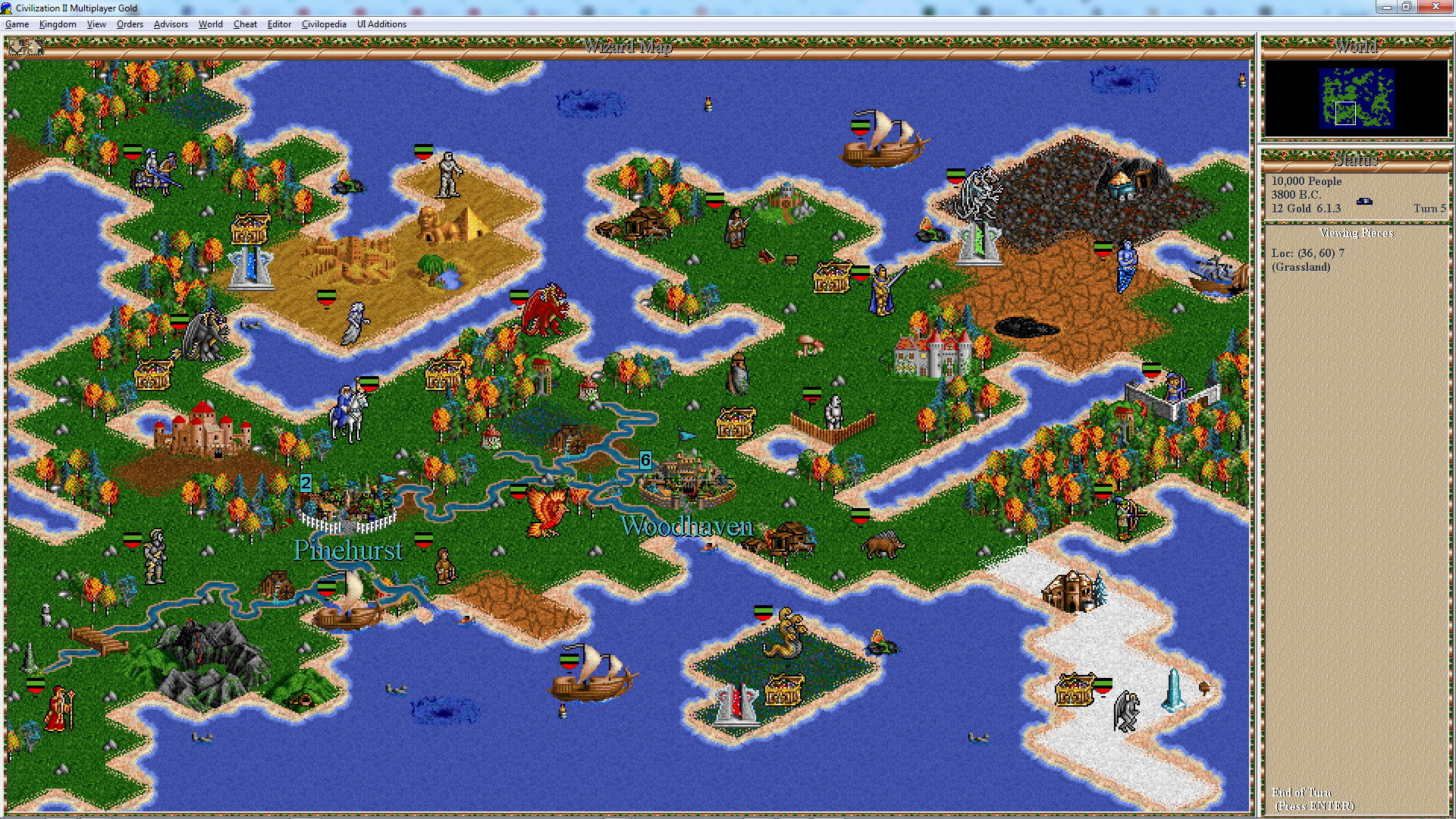