A small mod with a big ambition, Frontlines planned to bring new exciting content, to revitalize the stale game-play mechanics of Zero Hour, and provide both an interesting single player and multiplayer experience. However real life caught up, and production of the mod grinded to a halt. Now, armed with a new team and new enthusiasm, Frontlines begins again from scratch!

Frontlines is an open-source mod, our assets are free to use, as long as we are credited, also, we will upload new versions of the mod as soon as a new change is implemented, so you won't have to wait long before being able to use the stuff you see in our updates.

While you wait, you can chat with us on Discord server!

Hello again everyone time again for another update! This will probably be the last one for China, and it's another Tao release!

So my original plan was to revive this thing, unfortunately the model has been lost. So instead I reworked another unreleased thing instead: 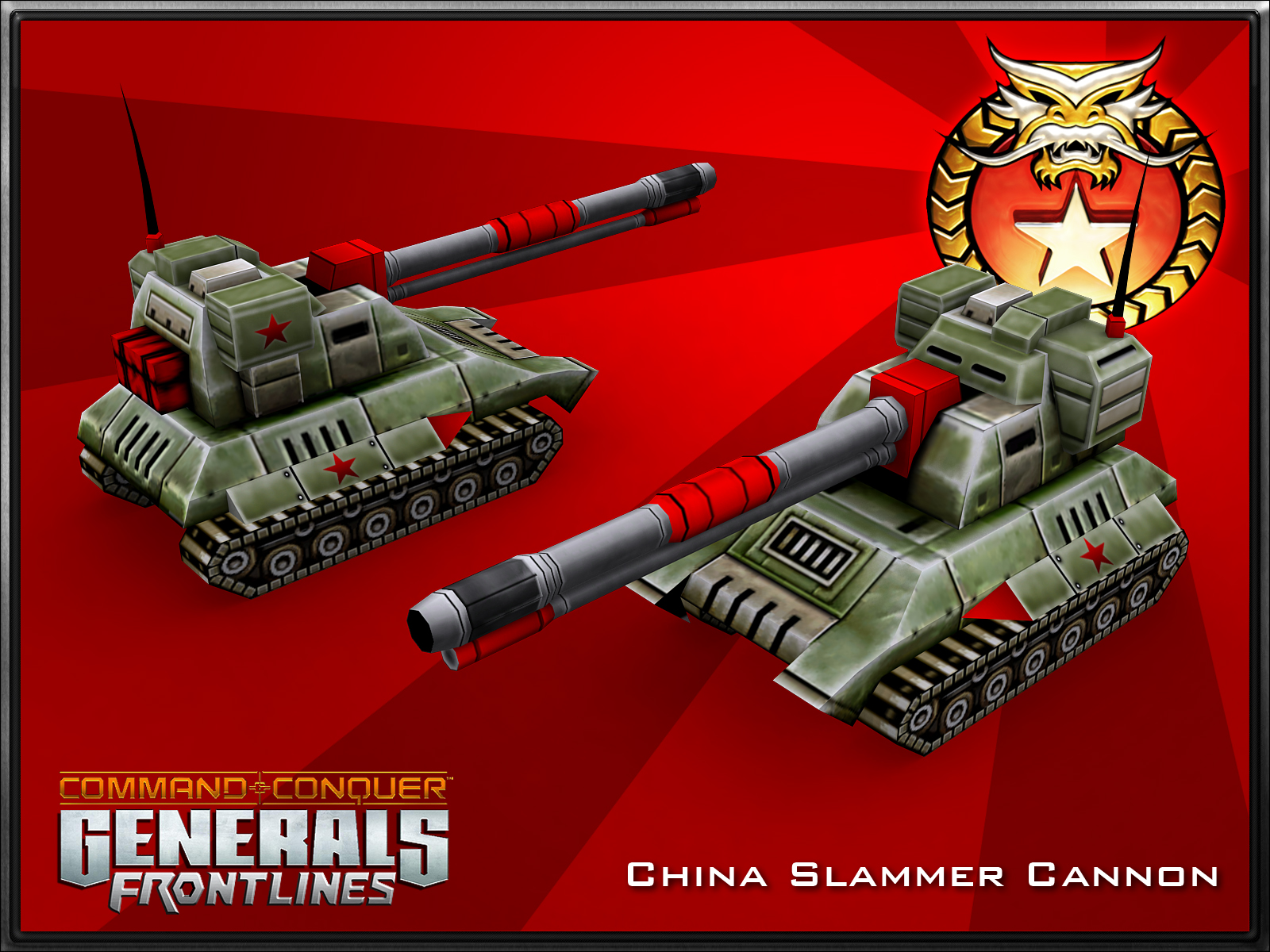 The Slammer Cannon was originally an upgrade for Tao's Inferno that gave it magnetic homing AT shells, but it didn't really feel right to me, so I reworked the addon into a heavy AA railgun instead:

After this I'll probably start working on the US factions. That said, I did add some fixed Raptors in this release, though they arrived a bit too late for Merica Freedom Day, oh well maybe next time.

As usual, You can get the release from button below. That's it for now, see you next time!

Here we are again with another new update, this time for Tao!

Finally got some free time from work, so time for a new update!

This is the start, the start of something new. Hopefully...

Why I always found you in some dead mod? XD

Yeah that's bug with group select. I'll just give them a dummy ground weapon in the next version.

Will the Chinese receive a new MBT of some sort?

On another note, how is it possible that files disappear just like that?

Not all of the files were properly backed up in dropbox, plus the hdd where the original files were saved is dead.

Atm there are no plans for a new china mbt, the focus is currently just rebuilding the alpha and adding all the old units.

cool looking mod but is there any mission maps?

Missions have not been updated. Challenge mode probably still works though

Only the custom gattling turret was added. The devs intend to release the contents of the mod bit by bit.

The mod works for me. Did you delete/rename the script folder? This mod has no custom AI, so you don't have to do that.

should i send you a pic on discord of the files?