Arx Libertatis is an open source, cross-platform port and improved version of Arx Fatalis based on the publicly released source code.

The goals of Arx Libertatis are to

For a complete list of features, see the changelog

As of version 1.0, Arx Libertatis allows you to play Arx Fatalis under Windows, Linux and FreeBSD - provided you own a copy of the original Arx Fatalis. The source can also be compiled for Mac OS X, but only unofficial Mac binaries are available. 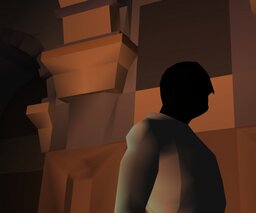 Updated Windows and Linux binaries and packages are available.

One notable fix is for the "Crisp" Alpha Cutout Anti-Aliasing setting introduce in 1.2 which has been causing performance issues when near fogs or smoke for some players while resulting in crashes for Windows users with Intel graphics. In this release the performance issues have been fixed and the setting has been disabled for OpenGL drivers experiencing crashes.

This release brings improved rune recognition when casting spells, as well as a new bow aim mode. Support for high resolutions and wide monitors is enhanced...

This is another small hotfix, this time to fix a crash when hovering over map markers after the window size or resolution has changed.

This release is a hotfix addressing a regression introcuded in 1.1, that caused map markers to not be saved correctly and then removed when such a save...

The 1.1 release fixes player movement issues, minimap scaling, and a bunch of crashes and other bugs. We also continued our work on restructuring the...

Virus warnings here as well from Firefox, and Avast.

I would say it's safe. Here are some links that may help shed some light, and the mod creator has commented:

I have played Arx Libertatis many times, but now Windows Defender says that it is a Trojan and uninstalls it immediately. wtf

So the latest download 1.2 from ars fatalis from the homepage got several warnings from firefox that it is infected with a virus. The Zip-File got 19 warnings from virustotal.

same thing happened to me. i won't download it until some answers come.

well you are both retarded

They are reasonable and you're just a ****

19 warnings from virustotal implies that it is almost certainly malicious.

yeah because it is so stupid to worry about your pc's safety tsk tsk.... also chrome literally won't let me download it even with security off soo... yeah

you all 3 are retarded

welp i ended up refunding the game from steam, so thanks for your help, now if you excuse me I need to go touch grass and contribute to society <3

You can't blame anyone only yourself...when you refunded best game ever made...and touched a grass...

i'm sorry, i may of have you confused, i should of explained what touching grass is and what contributing to society is, because as someone who both plays this game way too much and hangs around forums insulting anyone who has a problem, you clearly don't do either so allow me to explain, touching grass just means to get cho *** outside and contributing to society is the opposite of what you doin right now. good day hope you find reason

well my dude with this random wall of text and quick reply you betrayed yourself as someone who has never touched real grass with your hands (and the woman also lmao) instead of grass letters on your keyboard with your fingers...

well of course but chrome physically wasn't letting me download it, managed to force download it and get the again and it works fine now, stories pretty lame and the community are some of the most unhelpful people i've met, if you want a good game where your character "dies" at the start just play fallout: new vegas 8.1/10

note: im joking hun games ok, just don't know why you decided to call people that needed help with a file being picked up as a viruses "r*tards" it honestly doesnt help anyone, if you feel that way just keep to yourself, looking at your other comments you too seemed to need help and we seem to have simular interests in games just im not going around calling people slurs for getting things wrong, hope we can be cool, <3

A lot of virus scanners give false positives, as is the case here. Sevo was rude about it, but right in that you shouldn't blindly trust that a mod that's been around for years and has several pages of comments without a single mention of issues is suddenly going to fill your PC with viruses because of a reading from a (probably cheap or free) virus scanner.

No, the right and common sense thing to do when something gives you 19 alerts in Virus Total is to not trust it, especially if you don't know how to analyze it. This is not just one antivirus solution alerting you here. This is absolutely abnormal considering how previous versions don't trigger such alerts, nor do other game installers, nor do other mods/engine source ports for other games like OpenMW.