The Elder Scrolls III: Morrowind is an epic, open-ended single-player game where you create and play any kind of character you can imagine. Be the noble hero embarking on an epic quest, or an insidious thief rising to leadership of his guild. Be a malevolent sorcerer developing the ultimate spell of destruction, or a reverent healer searching for the cure to a plague. Your actions define your character, and your gameplay changes and evolves in response to your actions. Confront the assassins' guild, and they take out a contract on you. Impress them, and they try to recruit you instead. No two sagas are the same in the world of Morrowind.

Gameplay is further extended with the inclusion of The Elder Scrolls Construction Set (bundled with the game). This powerful tool is being used to create the entire game, and will also allow players to modify and add to Morrowind in any way they see fit. Change character or creature attributes and skills, introduce new weapons or dungeons into the game, or create entire new worlds to explore. Consequently mods for this game are everywhere, ranging in size from mere characters to fully themed packs! So should you ever want to expand on your gaming experience, be sure to scope out just a few of the amature modifications available and in existence!

Hey guys! We're back it with a new update, and more fun stuff! This update includes a plethora of changes including a revamp of all Dwemer ruin interiors, new Dwemer items, Dwemer Creatures, and much much more! I hope you will enjoy what Morrowind Rebirth 5.7 has to offer.

On a more personal note I just want to share that I'm to become a dad, which realistically means that I will most likely have less time for modding in the months to come. With that said I expect things to get back to normal once we get the ropes of parenthood. Until next time, have fun!

* Fixed several instances where placed weapons and armor would have higher durability than their max value. These issues are caused by the fact that vanilla items that are already placed and owned in the gameworld will not be updated alongside some changes to the base items. This includes for example durability.
* Fixed an issue where one door to Ibarnadad Assirnarari house, in Suran, was badly missplaced making it possible to see into the worldspace behind it.
* Fixed an issue where the Glass Mace had a default durability of 100, which should have been 650.
* Fixed typos. 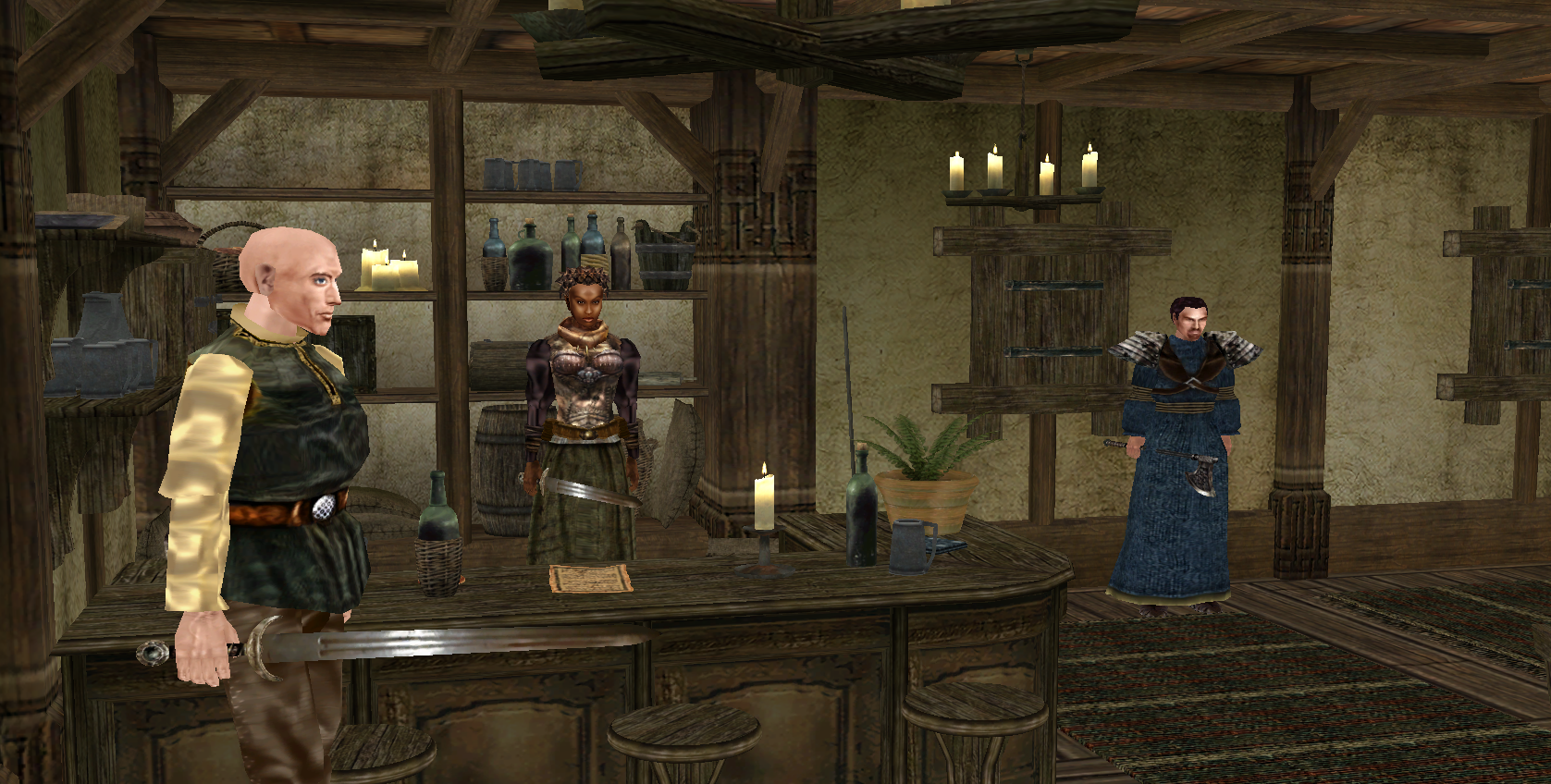 * Added a few Potions of Rising Force to 'The Rift', so that the player doesn't accidentely get stuck inside the dungeon.
* Ash Vampires will no longer wander around aimlessly, but stay static (until they eventually turn hostile that is).
* Removed Daedric armor from vendor loot (used to be 1 % chance that they would have a Daedric armor piece for sale).
* There is now a 'hidden' clue inside Ilunibi, Soul's Rattle, to where you can find the Left Fist of Randagulf.
* Additonal changes to the landscape around Mount Assarnibi (a continuation of the work started in 5.6).
* You can now travel from Dagon Fel to Ald Redaynia and vice versa.
* Minor changes to Ahemmusa Camp.
* Landscape fixes and improvements.
* Expanded or added more detail to the following interiors:
- Sadrith Mora, Wolverine Hall: Imperial Shrine
- Balmora, Drolosa Athren's House
- Balmora, Hecerinde's House
- Balmora, Nine Toes' House
- Balmora, Dralcea Arethi's House
- Balmora, Rithleen's House
- Balmora, Tyermaillin's House
- Ald'ruhn, Redoran Council Hall [Still a WIP] 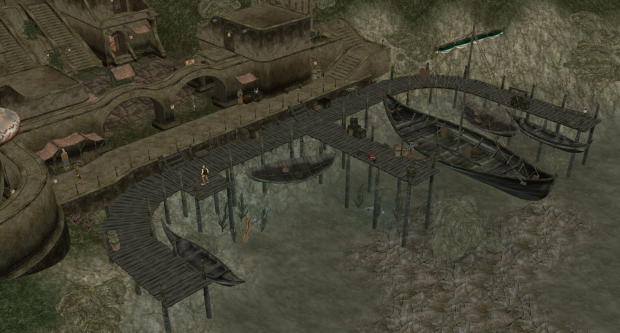 The docks of Suran have been expanded

Vivec Changes
* Vivec's Foreign Quarters, Upper & Lower Waistworks, have been completely reworked and are now much more lively, with more npcs to talk and trade with, and new areas to explore.

Caldera Changes
* Added a lot of new clutter to areas which previously had recieved little to no attention.

Suran Changes
* Made a large amount of changes to the docks, adding more space for boats, two new traders and more varied clutter.
* Sealed off a lot of areas inside interiors, meaning you can't easily access stuff that was meant to be private.

Balmora Changes
* Replaced the bridges crossing the river with walled bridges, making it less likely that npcs will fall into the water.

Redoran Guard Diversity
* Redoran are no longer clones and there are now a large variety of both female/male guards.
* Additonally Redoran male guards will no longer wear skirts. 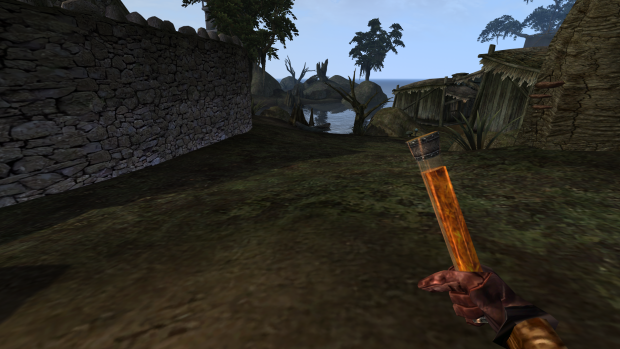 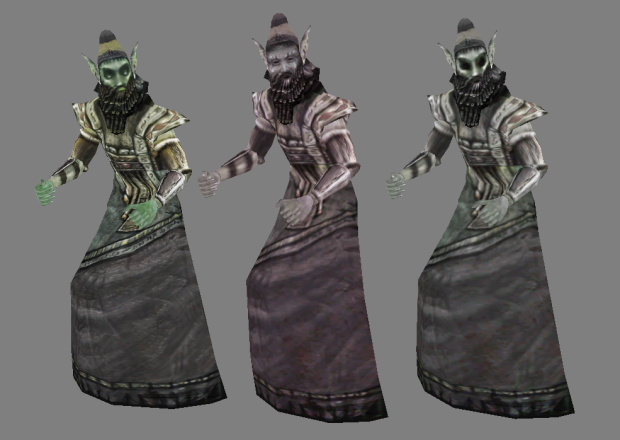 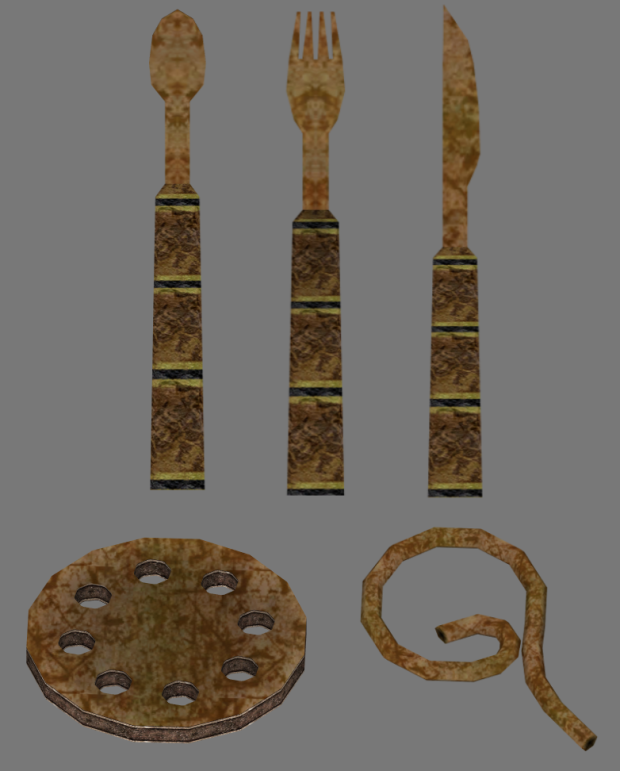 Some of the new Dwemer items

Armor
* Chitin armor rating from 10 to 20. Also adjusted the value of all chitin pieces accordingly.
Note: These changes will somewhat bridge the gap between high tier and low tier light armor, making light armor less of a bad choise. 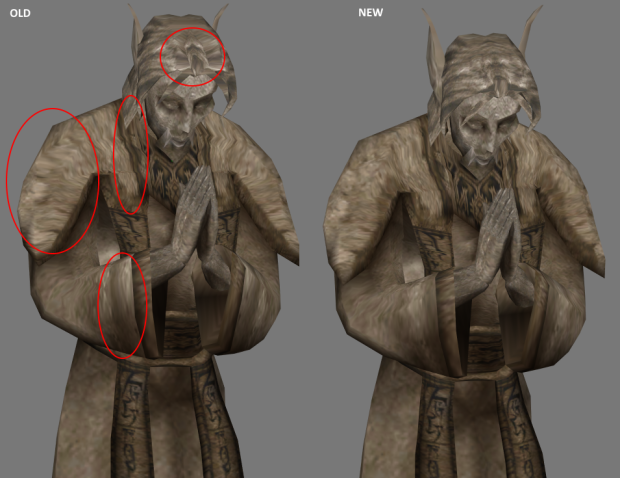 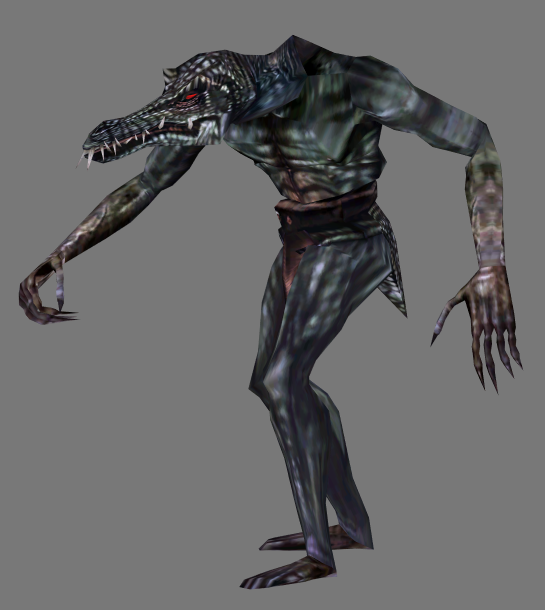 It's been quite a while since the last update, which generally means that I've been super busy cooking up something cool for you to enjoy. This time around...

The OpenMW team is proud to announce the release of version 0.47.0 of our open-source engine! With over 180 solved issues and a plethora of new features...

Hey guys! Rebirth's 10-year anniversary is just around the corner (March 29th), and I thought what better way to celebrate that than a new and massive...

This is the full version of Morrowind Rebirth 5.7.

Masterwind is a complete balance overhaul which allows new and old players to experience The Elder Scrolls III: Morrowind the way it should have been...

This is the full version of Morrowind Rebirth 5.6.

Masterwind is a complete balance overhaul which allows new and old players to experience The Elder Scrolls III: Morrowind the way it should have been...

This is a hotfix for Morrowind Rebirth 5.5. Note that you first need to install the full version for this file to work properly.

This is the full version of Morrowind Rebirth 5.5.2

I wonder why morrowind is listed as a first person shooter on moddb?
You can see it on the style box on the right hand side of the page...

Am I the only person who noticed that this game is listed as a First Person Shooter while all the other Elder Scrolls games are listed as RPGs?

Weird, I don't think even DX games are listed as FPSes...

Morrowind is a full RPG, but was listed under First Person Shooter when it was released in 2002?

is this compatible with saved games? (un modded)

Yes... un modded save games should work with Rebirth. Going from one version build to another, may cause doubling in NPC's. But you can always use Wrye Bash!

morrowind will always be better than oblivion and skyrim for me. i just enjoyed the story and world more.

Morrowind has always held more promise, with more mods, moddler resources, and more potential for improvement. I never cared that much for the Nerevarine Prophecy. But loved the variety in architecture, landscapes, and plants.

Oblivion was a very smooth game, very polished, and complete world. I had a hard time deciding what to add to the game outside of a small house, castle, or alternate beginning. Oblivion was very generic, offering the same buildings, ruins, and interiors over and over again. It wasn't until MorrOblivion and other mods that the new buildings were offered in the game. If fact, the game should be called Cyrodiil instead of Oblivion, and there should only be one gate instead of ten.

Skyrim offered a huge leap in graphics, offered the same smooth game play, finished world. I had to upgrade from XP to Win7 though, just to enjoy the game. The same with Fallout 3, which played very clunky on XP but enjoyable on Win7. Fallout Vegas was a much better game that the Fallout 3. Back to Skyrim, I really disliked the transition from exterior world to interior buildings, and felt like the black square behind the door was annoying. But overall, Skyrim has great game play, smooth graphics, and a very polished finished world.

Elder Scrolls Online, I felt cheated with the graphics. If they had used the Morrowind Engine with a Graphic Replacer... the game would have looked much better. Or if they had used the Oblivion or Skyrim Engine ... it would have had a more polished look. I enjoyed discovering the world of Tamriel, and all the different styles in architecture. But found the begining mission from Daggerfall to Betony, (or the Orc's version of it) very forced and heavy handed. I was hoping for more open ended, free travel, straight from the start of the game. And not be railroaded down a certain path until I reached a high level to free travel.

I haven't played Fallout 4 yet, but I'm guess I have to upgrade my computer from Win7 to Win10 with a better graphic's card. Just to enjoy the game. I havn't heard how it plays on older computers.

You failed to mention quite a few shortcomings of Skyrim particularly it's highly unoriginal story, its lack of colour, and very dumbed down and rpg feature stripped gameplay. It was more like an action-adventure game than an RPG.

True, but Oblivion was at least a close second to it.

God no, skyrim was even further dumbed down.

It's story was highly cliche and unoriginal, the nord land is boring full of a drunken warrior race there's nothing interesting about them at all. So much grey, white and brown dominating the colour scheme which looks so boring to the eyes.

Ok, it's been 3 years since that comment, and I actually got around re-replaying Oblivion in that time, and I must agree, Oblivion is better than Skyrim.

one of the best role-playing game ever. i thing is better than Oblivion... ;)