Arx - End Of Sun is a new free and fan made game that is based on the first person dungeon RPG : Arx Fatalis developed by Arkane Studios.

In our game world you will play out the events ( with a liberal dose of poetic licence ) that precede the original story of Arx Fatalis.

The modification / total conversion itself is based on the IDTech4 (Doom3) engine.

You will no longer require a copy of Doom3 to play Arx - End Of Sun. We are now running on a custom version of the engine code and we use no assets from any commercial titles in our game.

The Arx EOS total conversion is currently being developed by a very small team of hard working volunteers, everyone is working for free in our limited amounts of spare time, often sacrificing other activities or taking time off real work to work on our game. We hope that many people will enjoy playing our efforts when it is released.

You can visit also our blog at: Arxendofsun.solarsplace.com 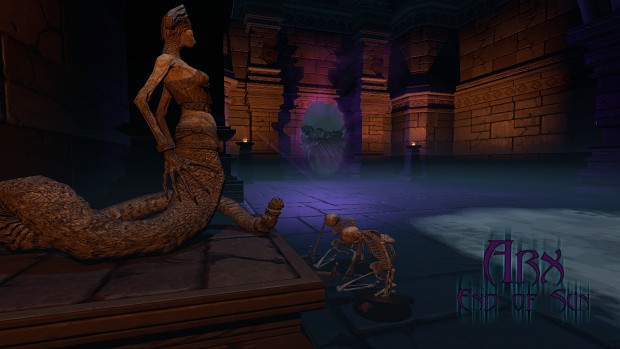 Arx EOS has an original storyline which loosely precedes the events of the original game. including RPG elements, problem solving puzzles, with faster paced melee and projectile weapons and a more forgiving magic casting system. 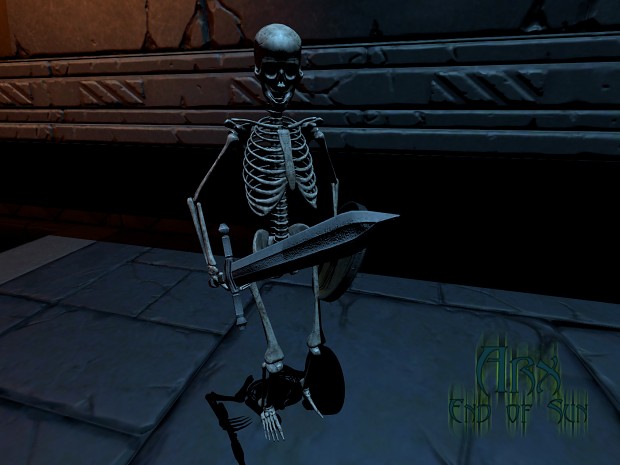 Over 5 years in the making from initial idea to release, a lot of time, effort, blood, sweat and tears have gone into the making of this Doom3 total conversion. Created by a very small team of hardworking volunteers, everyone has worked for free in their limited amounts of spare time, often sacrificing other activities or taking time off real work to work on this game. 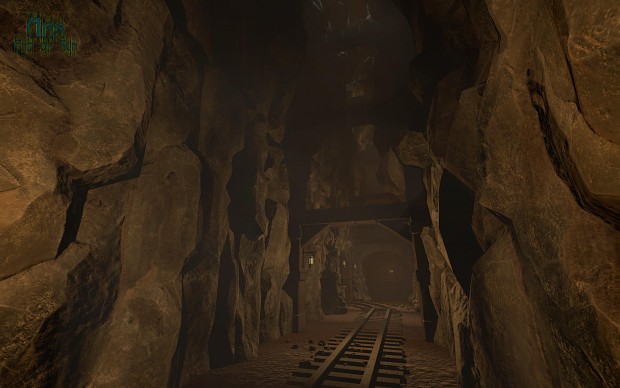 A unique feature to the Arx EOS id Tech 4 code enables the player to revisit the levels as many times as needed to complete the game. Items collected / dropped, quests completed and monsters dispatched retain their state across the levels each visit.

There are often several ways to complete sections of the game and you do not have to complete much of it in any particular order. You are quite free to explore the game world as you see fit. 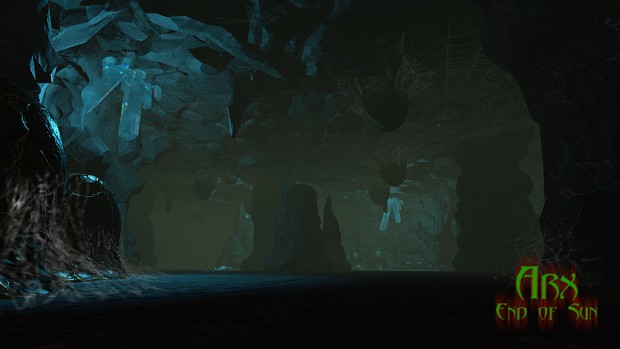 The public beta has undergone several rounds of play testing and critical bug fixes before being released to the public and we have tested the game to be beatable from start to finish, however it is still possible that other issues remain, so please report game breaking issues to us so we can address them. We are currently not looking to address minor or superficial issues at this time.

The release is currently available for Windows in English language.

We hope you enjoy playing the game!

Having worked slavishly on the Arx - End Of Sun project in isolation for many months, it gives me great pleasure to welcome several new extremely talented...

The initial Arx End of Sun - Beta Release is finally here! This release is for Windows. The game language is English only at present. Download the release...

I have knowledge about c++ and idtech 4 and would love to try solve some of the bugs on this game myself, but unfortunately, I don't see where is the c++ source code, or SDK for this game? Does one exist or is everything made using doomScript? I'm under the impression that some work was done on the c++ side as well.

I'm sorry, but I can't get this working for the life of me. Any help?

I was watching this project for years (watched your blog, then sidebar activity), it breaks my heart that such promising project ends unfinished.

Good luck then, we gonna miss you.

I actually didn't even know it was released in any form. I followed the project back then, then I kinda forgot about it. And a Youtube video popped up and saw some gameplay. I'm shocked this exists. I loved the original Arx Fatalis, still one of my favourite RPGs, just for the atmosphere and uniqueness, it's closer to my heart than Skyrim.

I would love to see a true spiritual successor of Arx. And I'm definitely going to give this a try!

Check out " Monomyth " It is a spiritual successor to Arx currently in development.
Store.steampowered.com

I have it on my wishlist, hope it won't jump into Epic Store like other dungeon crawler.

Inspirational! It's crazy what you achieved with such a small team over the years, mad props to you guys!

Hello. Will you work on continue of game?

But there are several or more bugs, errors or mistakes in this game (blinking textures, stucking in the open/opening/closing door, hard to pass some locations because of bugs or technical errors; the main hero had to move slowly: it looks like a swimmer who is swimming upstream).

I think the game need another (one more) patch.

Excellent level design, cool missions, nice models and textures, nice puzzles. So far I'm having a blast. Good work pays off and this is a big payoff. RPG on idtech 4 works so well. I hope you guys continue to polish and add to this.