Afrikafeldzug transforms the muddy fields of normandy into the barren deserts of North Africa. Changing the theatre of War and the style of play. Afrikefeldzug strives for both realism and fun; hoping to find a healthy compromise between the two. Not only are there new mpas, but every unit has been reskinned and gameplay has been tweaked.

Vehicles give cover to nearby infantry but damage anything nearby when exploding. Use such a tactic if you deem the risks worth it.

The general gameplay hasn't changed though, you still capture strategic points and such.

This time around you can control 3 armies, The dreaded Afrika Korps, The British 1st Army or the US forces. Each has their own style of play and beuatifully textured units, (Thanks to Halftrack and Brother Mattias).

These guys have a variety of light vehicles and strong assault infantry. They can call in support from three command trees. Their access to a wide range of light vehicles allows them to quickly overrun and encircle enemy positions, and their command trees help supplement this with uniquetactical oppertunities like being able to build defensive artillery or to all the Elite Fallschirmjaeger onto the battlefield. 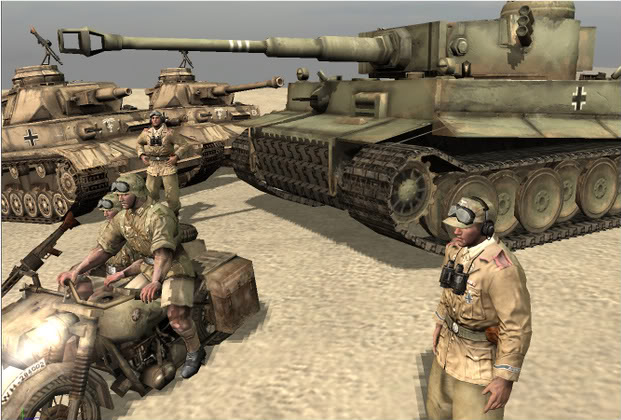 The British command rugged; determined troops and have access to some impressive armour. They can also call in support from three reworked command trees. Their main advantage however is their strong backbone of infantry, supported by powerful armour. Their Sherman Tanks and Priest Artillery can pound any foe into submission. Whilst their veteran rifleman destroy enemy infantry with ease. 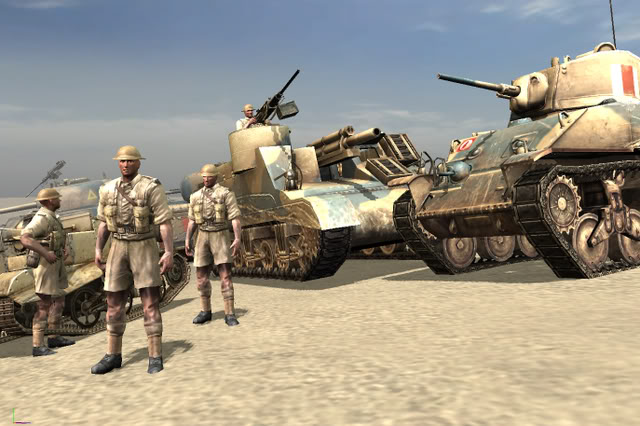 Now the American army hasn't been changed nearly as much as the others, they've only been changed where certain things didn't make sense (No Pershings for example). Their three command trees are mainly vanilla. 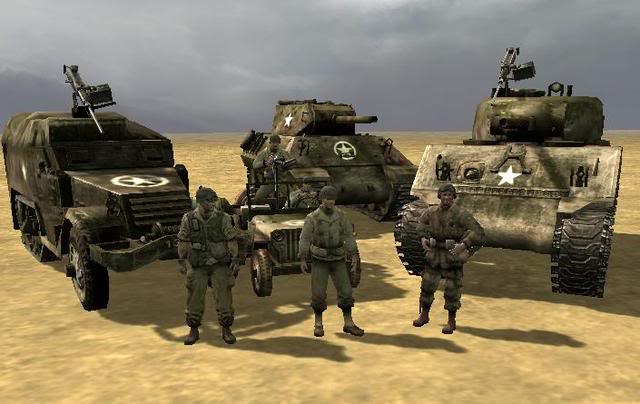 The general gameplay hasn't changed though, you still capture strategic points and such.

The Afrikafeldzug now has a group where team members and fans alike can get together. At the moment of writing this, I'm the only member so feel free to join and upload any screenshots or similar media.

Also, the American vehicle skin pack should be arriving soon, it will contain the US skins shown in the screenshots and a few more that haven't been revealed yet.

Verson 0.61 of the Afrikefeldzug mod should fix a few of the bugs. All 3 races are playable and there is a readme included. The US vehicles don't have...

I hate the smell of deth in the morning ;D

why this mod was last update 2 years ago?

If it makes any of you guys feel better, I will be starting a new DAK mod tomorrow morning, it is called Desert Heat. I need modelers and skinners if anyone is interested

Is your project related to the new project under aidas2?

will you upload it to mod db???