I'm Latvian Russian from Riga. Currently working as QA, and I hope to get into the gamedev train.
Overall, I love 3D Space RTS, Co-op FPS and different TBS.
If you have something interesting to try, you can ping me. 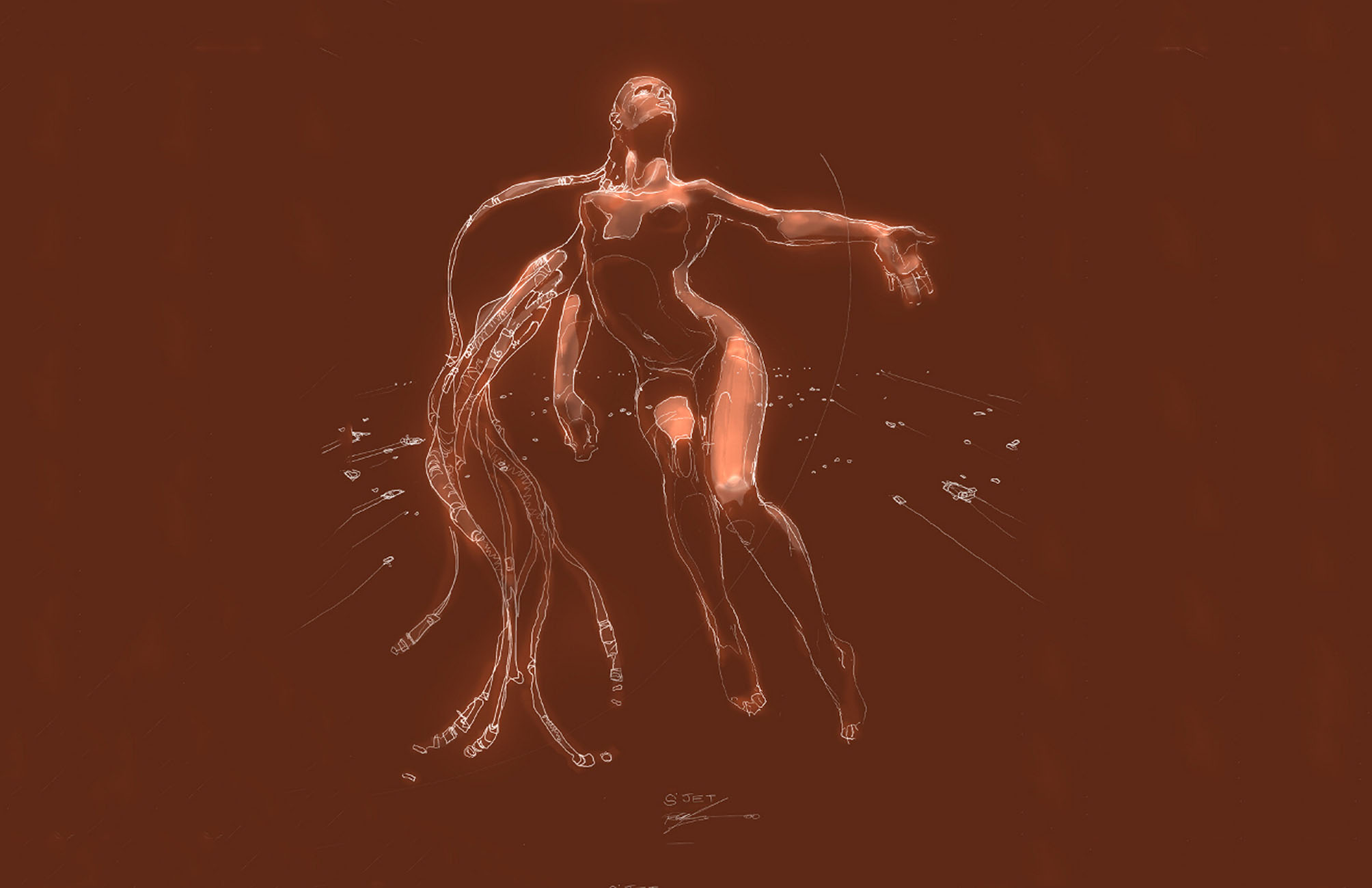 The Age of Sjet

Karan Sjet, the only daughter of Huur Sjet-Sa and in direct line for the leadership of all Kiith Sjet, was a neuroscientist in charge of the research division that was designing the command and control systems in the Mothership. Many other researchers would have balked at having to tell an entire world that its dream was impossible, but Karan was true to the spirit of her Kiith, and not only broke the news to the Daiamid, but also suggested a terrifying solution. Again, as a Sjet, she rejected fear in the face of the Truth and demanded that her own system, using a living being as the command core for the Mothership, be applied to herself.

If we count, Karan's age is:

So, approximately, she's 150 years old. Like, going for bicentennial lady status, that has seen 2 galactic wars, genocides, great scientific miracles, religious revelations, and she was the Mothership, twice, Sajuuk-Khar and so on. So, she's a women you'd hardly impress.

Given the many trials our people have had to face since landfall, some analysts believe that it would be impossible to hold Kushan society together without the influence of Karan Sjet.
Karan has been the Sa of Sa's in the New Daiamid since its first vote. The Sjet'sa has spent the last 15 years serving as an arbiter in the Daiamid's power struggles, and her efforts to bind our people together have kept the Kushan from fragmenting, despite the tremendous pressure on our people from without and within. To have some inkling of the duties Sjet'sa has performed in the past 15 years, one has only to look back over the list of our achievements.
In the first year after Landfall alone, Sjet'sa presided over the ground-breaking ceremonies of over 150 new cities, towns and small settlements. She settled 36 disputes in the New Daiamid, blessed the hulls of four newly-built carriers, and personally oversaw the filing of land claims in the Shaar peninsula.
The second year after Landfall, Sjet'sa proposed a monument to the Martyrs of Kharak, and personally selected a site in the Desert of the Bones; over the next several months she oversaw the engraving of nearly 300 million names on a free-standing spire of basalt in the desert. Many Kushan since then have traveled to her Tower of Names to find the people of their own kiithid, and make offerings for the peaceful rest of their one-time lovers and friends.
One of the most controversial relief mechanisms that Sjet'sa has adopted for the benefit of Sleeper kiithid has been to grant limited access to the Mothership's building facilities. Sjet'sa has permitted several small families, exhausted by the struggle for land and influence on Hiigara, to seek their fortunes among the stars. Many of these smaller kiithid have built themselves carrier-class vessels, ships with a powerful enough PDA to build and support small colonies off-world. Most of these tiny settlements are dedicated to mining, hydroponic farming or manufacturing. While so many others continue building new settlements on Hiigara, these small, hard-working kiithid prosper in trade, and provide much-needed supplies to the outbound fleets. Coincidentally, the small star-faring kiithid control a much greater tonnage of ships, collectively, than any one of the major kiithid can control alone…
The Sjet'sa no longer appears daily in the New Daiamid; she presides over the Assembly only on special occasions, or when a matter is put up for her special arbitration. Since the year 7 AHL, the Sa of Sa's has become increasingly reclusive, and appears less and less frequently at social events. Kiith Sjet has built a special compound for her in the Suungo mountain range, and she occasionally mans the observatory there; she has also been seen aboard the Mothership, sometimes wandering in the unmanned passages near the old control core.
Regardless of her desire for privacy, however, her presence is felt everywhere. In the recent Kushan population explosion, the name "Karan" has been given to thousands of baby girls, and even among boys, the name "Kar" is surprisingly common.

The Look of Sjet

The Voice of Sjet

And here comes the voice acting 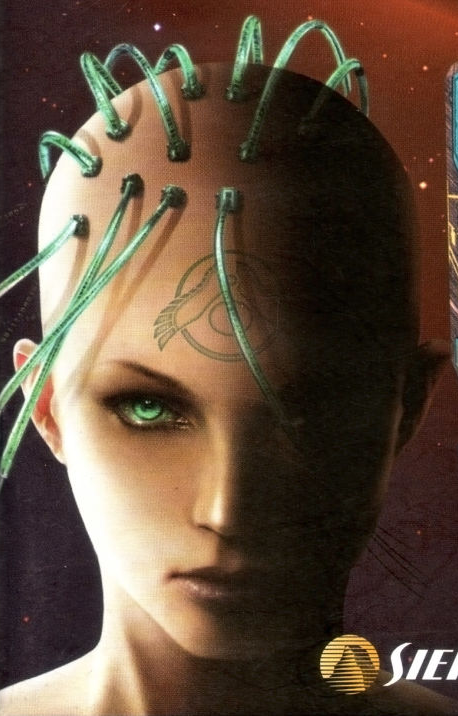 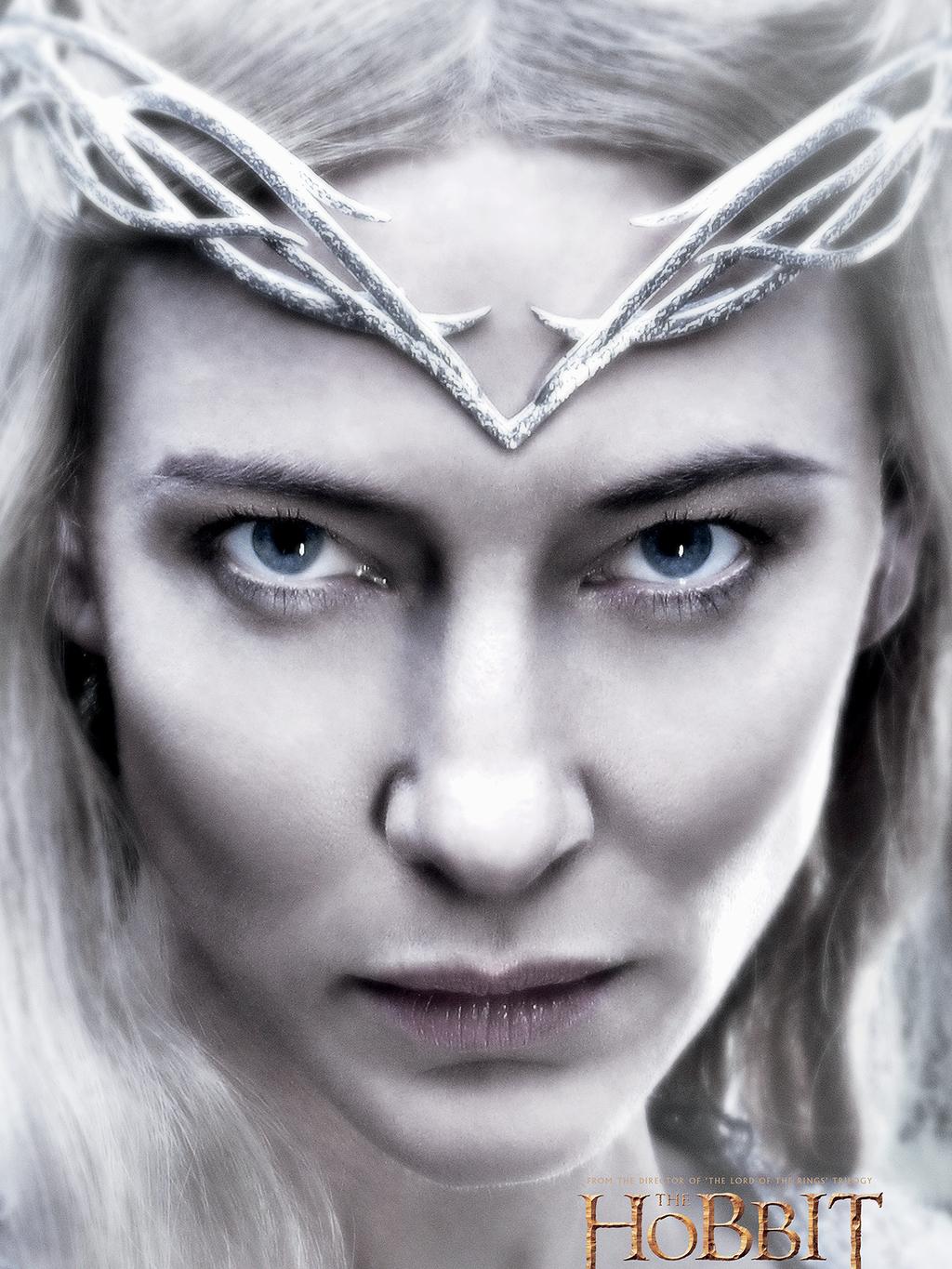 Well, with age Karan Sjet is getting more and more sexualized, like the artists are not getting learnt how to draw not a sexy ideal women. And I don't like it, because it goes against Sjet character. It does not mean that she should look and behave like an old grandma, having no sexual life, but it does mean that she should not look and talk like a 20 years young girl with "breathy seduction" voice. She should represent the maturity, she is an descendant of people surviving the harsh conditions of Kharak, of a culture of losses, restrictions, self-control and self-sacrifice; a scientist; a warchief; a political leader. The women of deeds. Who's not afraid to shave her head and be more practical. :) Dreamer, but the one that knows that it requires blood, toil, tears and sweat to fulfill. Maybe, somebody like The Expanse's Chrisjen Avasarala with a moment of perfection vibe by Samuel Anderson of BSG. Unless they wanted to make an eternal elf semigod out of Karan…

Ok, she lives in a star civilization, having all the best regeneration technologies possible, botox, makeup whatever. Of course, there might be some deep symbolism of Karan's model look, like she's a star child, she is the perfect waifu of kushan people, her big… mhm.. eyes represent her open soul… There are beautiful women that don't age like others, but everyone changes over the time. The behavioural habits become your second nature, facial expressions are getting imprinted in your face muscles, events are getting reflected in the eyes, a person learns and changes. The hero should not return the same from the journey. 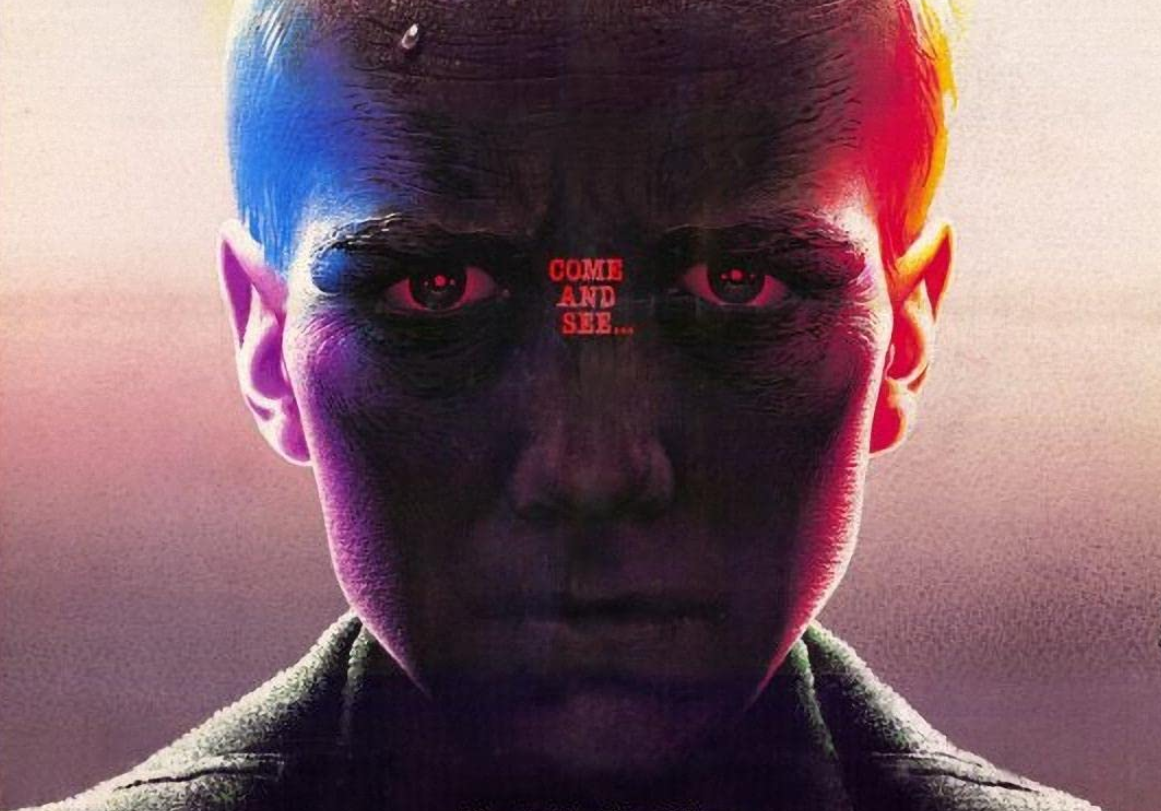 If you want to continue the story of Karan Sjet - though I do not define her as a key element of Homeworld series, and HWC proves this, as it's not personal but people's story - please, pay respect to her character and develop it accordingly not just because of the fancy idea. Yes, Karan Sjet, as she should be, might be a not very convenient character from the writer's perspective as it hard to understand what development she might have, as strong people are unbound to the external conditions, but the lamest path is just to forget what she has been and seen, as you, people, wouldn't believe…

And that's why I don't like the latest trailer of HW3: the look, the voice acting and the words are something that I would not expect from Karan Sjet. As well, the new voice is so much different from HW1 & HW2.

I guess, the only plot explanation for all of this might be that Karan is really gone - any reason - and due to some "battletechy" neurolink problems - like a new pilot should adapt to the existing neurointerface - The Three Core System rejected new fleet command, until some young and naive Sjet descendant, that "never asked for this". The Cores' Electronic Echo of Karan Sjet got activated and consumed the mind a living person, and that's why this girl tells that she's Karan, while not, and she remembers something… But tbh that's kinda Deux Ex Machina. I doubt that HW requires these kind of twists.

Anyway, let's see where we will arrive with that… Rap battle, you decide! :) 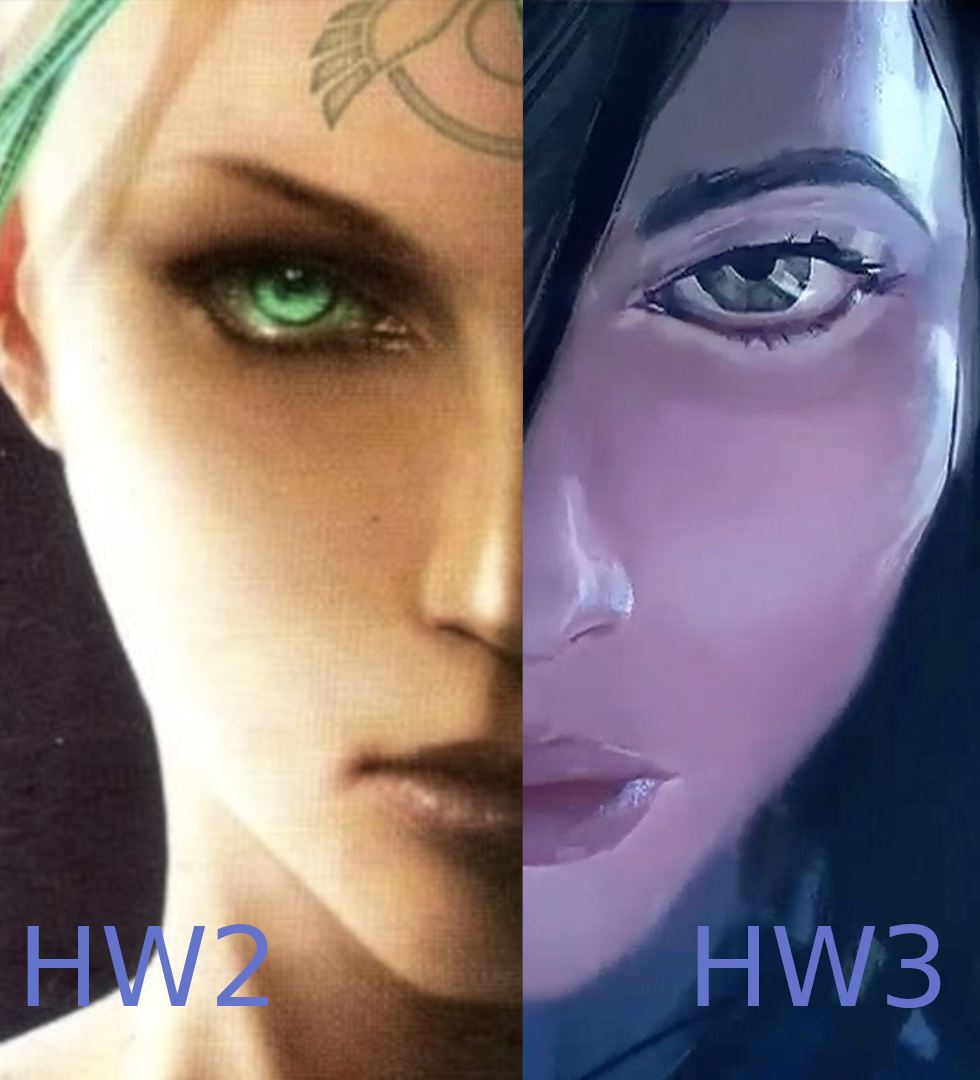 The Pitch. Middle-Earth: The Dungeons of Moria

Gamedesign: Wolfenstein Youngblood As An Example of Co-op Shooters

Aliens vs Predator Source for all the avp games and movies. Your AvP Source of the latest AvP news, videos, images,and more. Join the AvP Source.

This is the group for all fans of the Quake series. Media, Addons, Mods or general cool things are welcomed.

The Quake Database for anything quake 1 related! (YES IT LIVES!)

I must really agree with you, amddred. Right after watching the trailer today that was the first thing that came to my mind. Karen looks way different and sounds way different than what I remember (played the remaster 2 years ago or so).
The vibes of the character are incredibly different, not to talk about the looks. I can get along with the hair, but not with the rest. Now we kinda have a darkhaired Nova (Starcraft). Anyways will wait to see the result, maybe some artistic decisions will change.

Death Knight - it's monster from Quake 1 :)
Tank JR - In Quake 2 was Tank that looked exactly the same, but he is bigger.