C&C2: Tiberian Sun is the sequel to C&C: Tiberian Dawn. Set in the early 21st century, Tiberian Sun once again pits the GDI against the Brotherhood of Nod in a struggle for control of the planet. With an epic storyline that unfolds as play progresses, players learn the reasons behind the worldwide outbreak of Tiberium and what happened to the notorious Nod leader Kane, who was presumed dead at the end of the first C&C.
Post article RSS Related Articles

Dawn of the Tiberium Age version 9.5.0

We just released DTA version 9.5.0. We first thought this patch was going to be a minor one, but it happened to increase in both size and development time during its course. 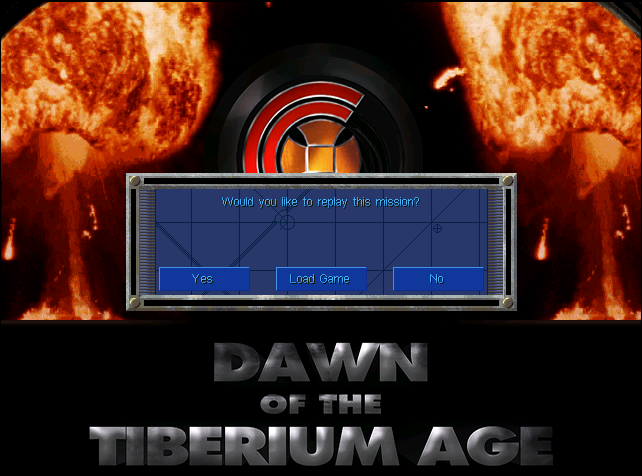 First off, with this update, DTA has started to make use of the Vinifera TS engine extension by CCHyper, that we've also been heavily contributing to. Currently the effects are limited, but over time this project can open up potential for major game engine improvements that would've previously been impossible even for us. Presently our custom build of Vinifera gives us the following features: 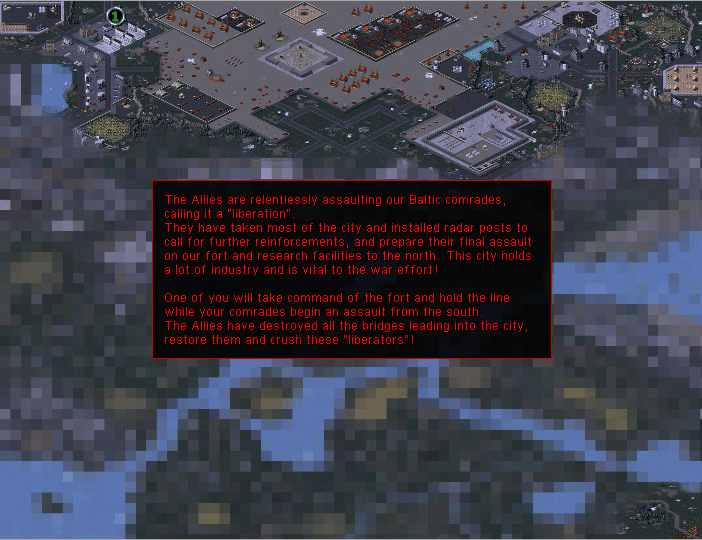 This update also brings a bunch of new playable content, including a new Co-Op mission and 4 new multiplayer maps, two of them featuring large infantry-only swamp areas for unusual tactics. 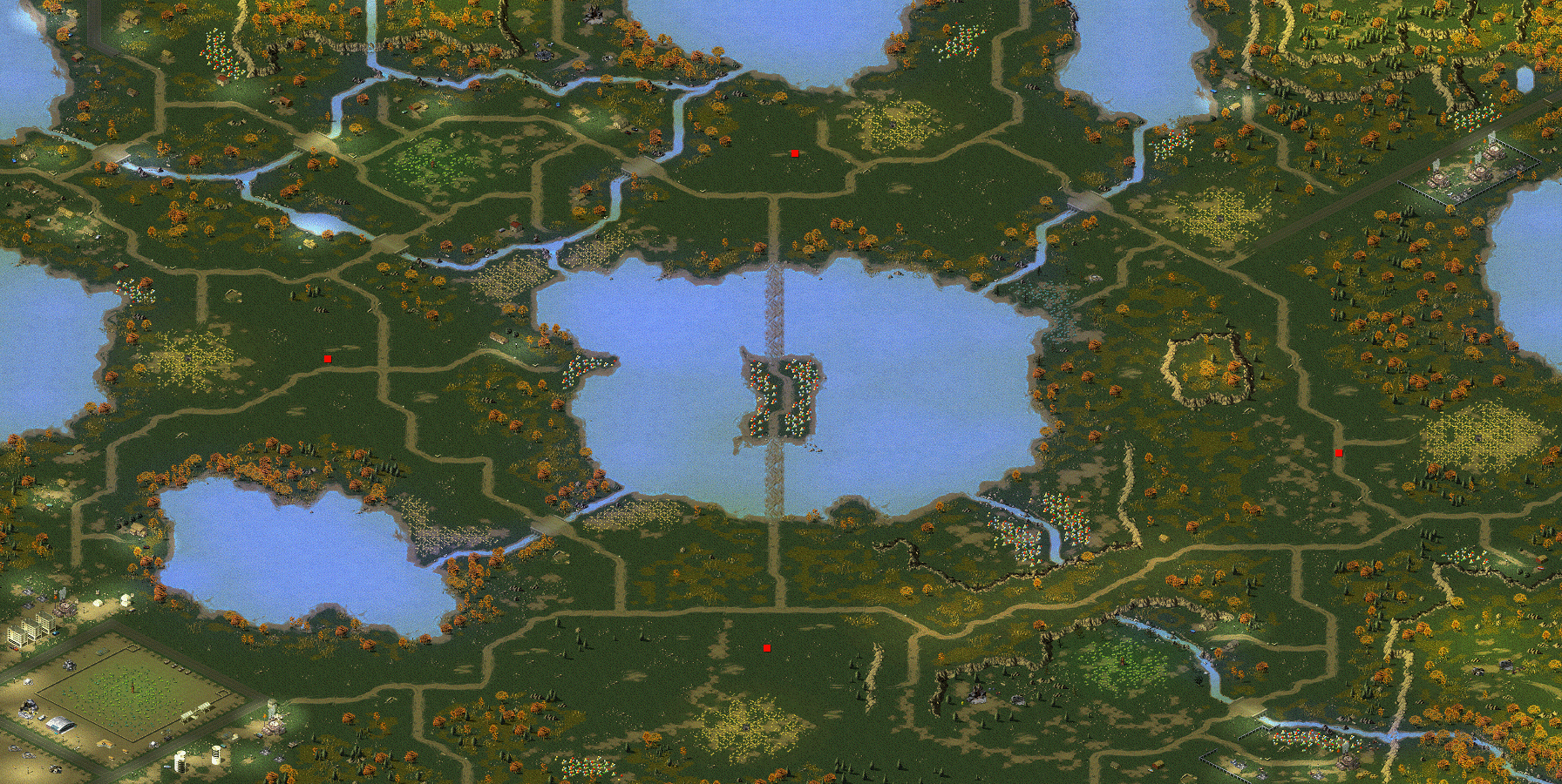 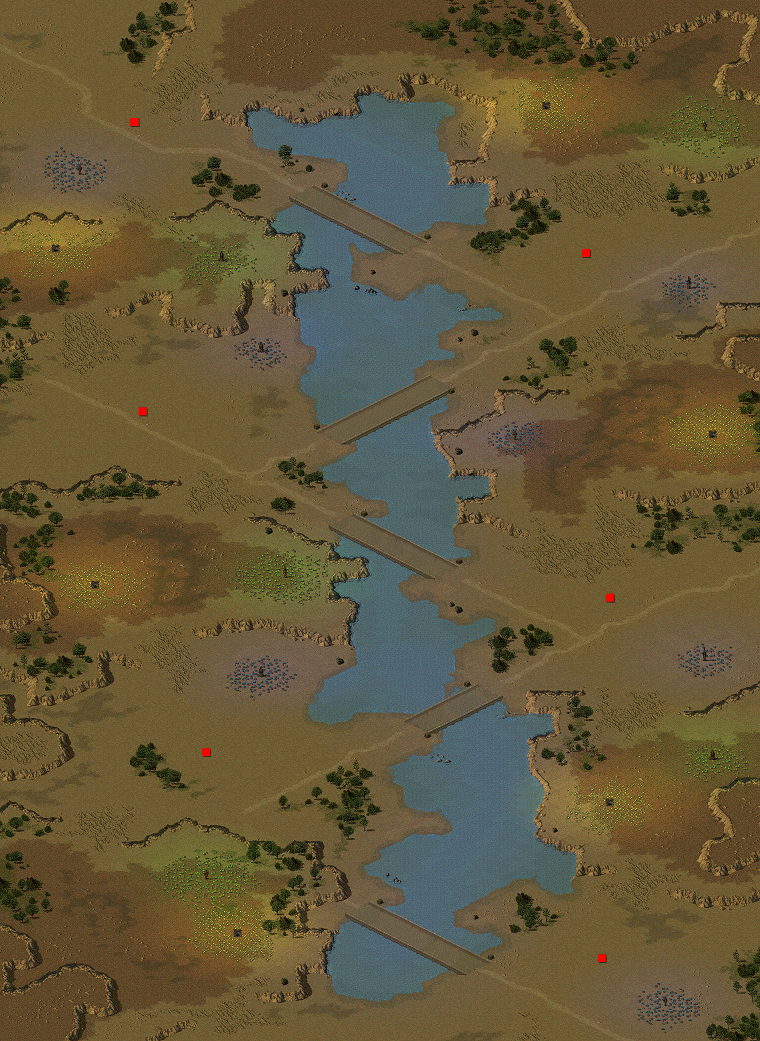 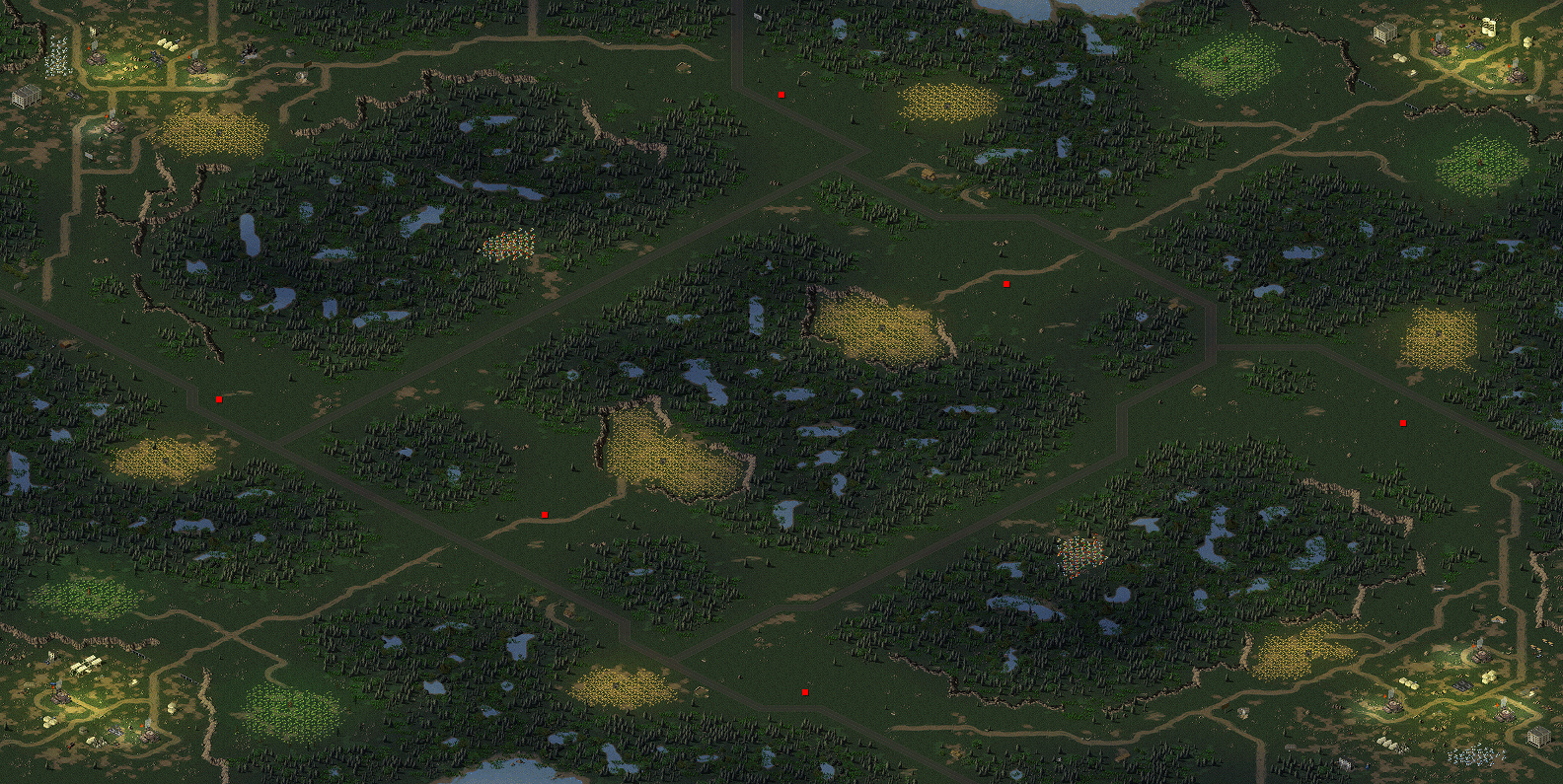 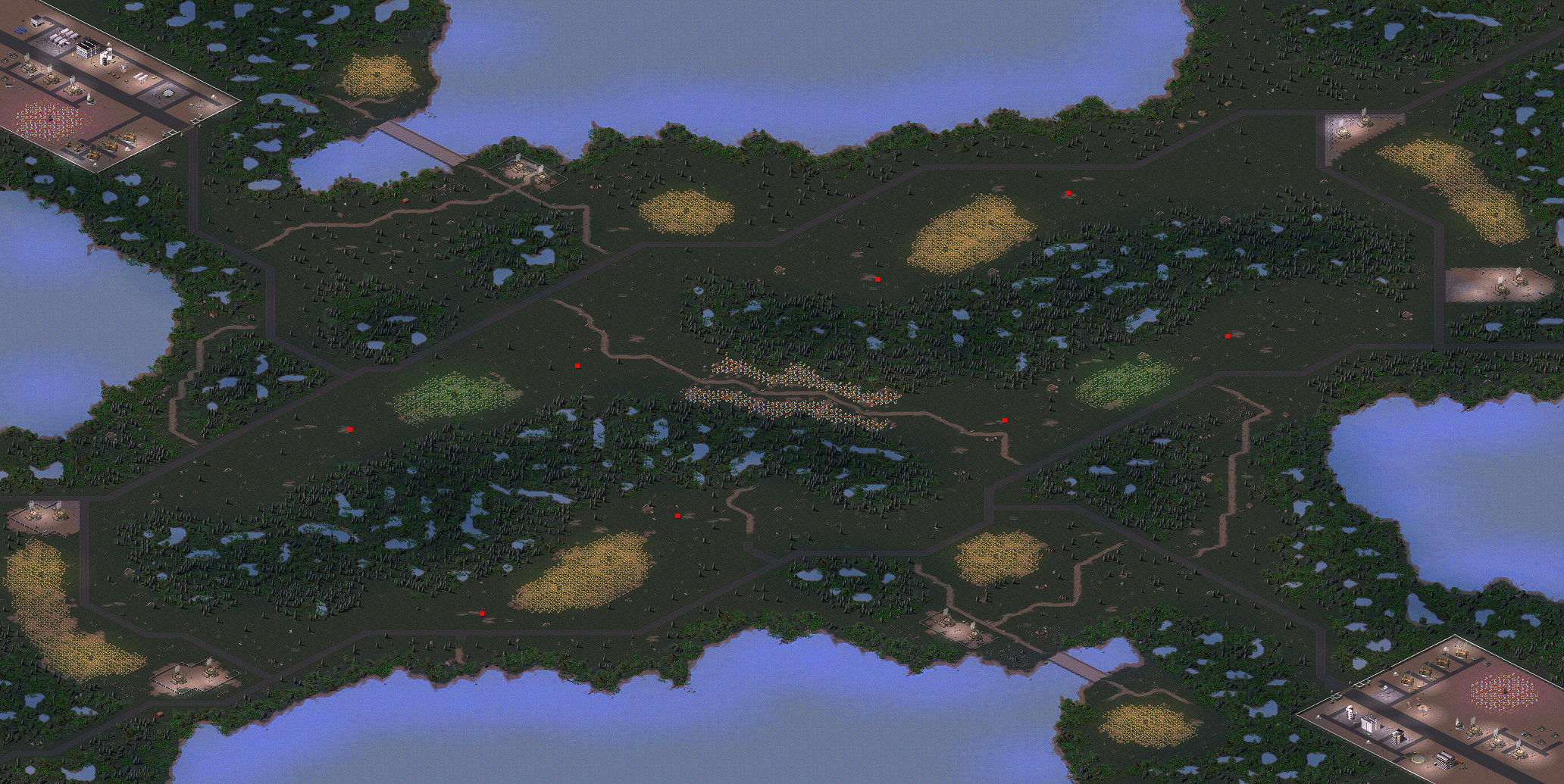 As demonstrated by [4] Lakesides, this update also includes our new autumn assets for mappers to create maps for the season between our existing summer and winter theaters.

Speaking of maps, this version marks the public release of our new map editor that we revealed a month ago. The old "FinalSun" map editor is still included for people who want familiarity and for edge cases, but the client now directs you to the new editor by default. It can do 95+% of what FinalSun can, and it does most of it more efficiently. As it's the first release, some things can still be a bit rough on the edges; please drop a message for us on Discord, here at ModDB or on our forums at PPM if you have feedback or questions.

We've also made some minor graphical changes, balance changes and bug-fixes, the most significant ones being the new Chem Warrior created by Pinkthoth and the rename of the "Gatling Tank" to "Quad Tank", as its real-life inspiration, the Shilka, was never really equipped with a gatling gun. For more information about the changes, check out our change log page.

See you on the battlefield! We hope you'll have fun with these additions, and are looking forward to playing with you on CnCNet.

"Sappers in the wire!" An entire American firebase falls to a vicious VC attack in less than two minutes. Pure carnage!

A new, powerful open-source map editor. Built to be familiar to existing mappers, it provides a lot of quality-of-life improvements and new features over...

Dawn of the Tiberium Age version 9.0.0

The board of directors have decided that it's time for the corporation to take a more active role in the conflict. Download the latest upgrade to your...

Dawn of the Tiberium Age v9.6

This is the full version of Dawn of the Tiberium Age v9.6: all files necessary to play are included, so you also don't need to have the original game...

Dawn of the Tiberium Age v9.5

This is the full version of Dawn of the Tiberium Age v9.5: all files necessary to play are included, so you also don't need to have the original game...

Here is version 2.7 which brings many client improvements and the next chapter in the Second Tiberium War campaign.

Dawn of the Tiberium Age v9.0

This is the full version of Dawn of the Tiberium Age v9.0: all files necessary to play are included, so you also don't need to have the original game...

The full version of Tiberian Sun + Client version 6.0, including single-player campaign videos. To install, simply extract the ZIP file into an empty...

Why does it become Tiberian Sun whenever I try to update it?

are we going to see new update any time soon ?

First started stalking TS mods about 10 years ago (gosh Im getting old...), when I tried to get some friends use these as LAN games; they didnt like them (C&C in general), and we moved on. Forgot TS altogether, finding AoE2 which I nowadays enjoy. Until my PC gets busted and I find myself re-breathing life to old laptop and I found the TS installer in some backup, along with a HTML bookmark of THIS page.

Sad to see Tiberian Odyssey is still not released :P, great screens on that one. Of these mods, TI is the one I played back then, and Im glad to see its still alive.

Good job keeping this game alive, much like AoE2!

You should see DTA aswell

Greatest mod in the moddb in my personal opinion.Congrats designers of Ti strangely your mod is worth to spend hours n after u finish a mission u want to ply more.
So i have a request i really like the cult idea ( coated bald guys hitting their heads i cant remember the mission). Could you make them a regular unit? Have no idea with which role but even for ambient n no use i can hire them for 5oobucs each.
Is it possible GDI to have a futuristic mammoth tank?Cannons for vehicles n rockets for infantry n air like ra 1.At least pls make some structures capturable
so we can produce old mammoth.
At the mission eagles fall so many units n ai makin the mission unplyable.I have a very strong computer n all the other missions speed at full.

I cant ply skirmish but i can ply campaign dont know why but its throwing me back to regular menu without doing nothing.

Guys really thank you i cant describe how i like your mod.Keep up the phenomenal work.

I actually just made this account to ask if there are mods that allow what are normally campaign only units in skirmish, but I honestly love the look of this one. If anyone here can help me with my original question, pm me I guess...

Does anybody have the campaign savegames. All the download links I've found are dead.