Bad Company 2 brings the award-winning Battlefield gameplay to the forefront of PC gaming with best-in-class vehicular combat and unexpected "Battlefield moments". New vehicles like the ATV and a transport helicopter allow for all-new multiplayer tactics on the Battlefield, and with the Frostbite Destruction 2.0 system, you can take down entire buildings and create your own fire points by blasting holes through cover. 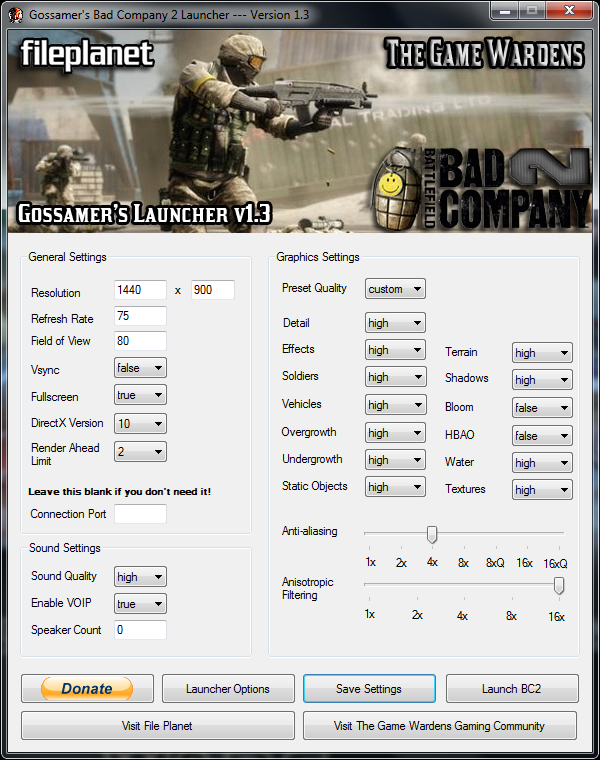 November 6, 2009 - PlayStation 3 gamers are in for a special treat on November 19 when the Bad Company 2 multiplayer beta launches exclusively for their...

This update is in preparation for Map Pack 7 and Battlefield: Bad Company 2 Vietnam which is why the update will be approximately 2,6 GB in size.

==1.2a== * minor update - disabled DBX file editing (because of errors) until it is fixed

Where can I learn to mod this game?

If you want to learn the mods go to Venice Unleashed forums. Somebody is working on trying to make a WW2 mod using the assets from Operation Aurora. So many assets that were in the game Battlefield 1942 were at least ported to PC in some way, so at least there is a lot less work to do to get everything else ported over from the 360 game.

It is still in development and it might be a very long time before we can all play it, but there is some good placeholder content he can use from the Vietnam Expansion.

I'm not sure if anyone will see this, but if you're interested in BFBC2 mods, you should follow the good work folks in this thread have been doing: Mordorhq.com! Their work is both promising and highly impressive!

Great game, too bad it didn't allow players to mod it.

i am giving exlousive specact (bf3) for who give me a 599 battlefunds
send me P.M if you want

cant find the barrett with acog on sp

I found it from the mission "No one gets left behind"
After you've taken care of all the enemies that are attacking you and Sweetwater, move forward along the road. You should soon encounter a house, there's a guy with M95 with ACOG scope, he's trying to shoot you, but once you kill him, take the M95.

Soo much better than COD and am loving the destructible environments!