It is 1917, and the powerful Tsar of Russia has been assassinated in his palace. His son, Pietre, steps forth to take the helm of the vast Russian Empire. Power-hungry and eager to display his might, the young prince turns his nation into the ultimate war machine. With overwhelming speed, Russia's forces storm through her neighbors and stand poised to conquer the world. After years of bloodshed and desperate to forestall total annihilation, the remaining free nations of the world form an alliance aimed at stopping the new Russian superpower--with you as its best hope for success.

Welcome to the world of Codename Eagle, a romp through a parallel universe, where Russia is the reigning nation of the world. You are Red, a member of the "Shadow Command," an elite commando unit assigned to halt Pietre's treachery. Succeed and you will be the world's savior; fail and the planet will plunge into the chaos of world war.

First game I ever played that enabled me to jump in and out of vehicles at will in an open world environment! A Retro Cassic! Still have the original Multiplayer Mania game set box and cd's which included CE, Hidden and Dangerous & Flying Heroes! .. I just made a sp map and mod for myself for CE called "CTF BotBase" fusing the 31 singleplayer Bots, 4 armed pillbox bunkers, 4 attack dogs, traveling armored attack player car, added a motorcycle, pickup truck drive by in game opening as well as the bomb strafing plane in the game opening and along with the multplayer CTF map all together to get the best of both worlds now that online servers are all but dead.

Where can we try that mod? I'm desperatly trying to find how to play this game's multiplayer

One of the most underrated games.

The Battlefield franchise enters a new era equipped with more firepower, modernized weaponry and vehicles, and a deeper infantry experience from the jungles...

Using the acclaimed Frostbite engine, Battlefield 1943 takes players back to WWII to re-experience some of the legendary battles that kicked off the Battlefield...

Fight upon the Ravenfield together with your Blue allies! Take down those pesky Reds using helicopters, tanks, guns, and active ragdoll physics!

Battlefield 2 invades the high-tech frontlines of modern warfare. The game brings the intensity and excitement of Battlefield 1942 into the modern era... 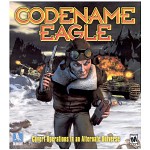