Anvil (also known by its development name Scimitar) is a game engine created by video game developer Ubisoft for use on Microsoft Windows, PlayStation 3 and Xbox 360 for Prince of Persia and Assassin's Creed series.

The new Assassin's Creed Origins update allows players to customise or "mod" the game on the go.

Ubisoft recently announced the Animus Control Panel (ACP), a new tool that can be used to create your own unique game experiences by tweaking some game parameters of the game.

Here is some heads up from producer Jose Araiza:

The Animus Control Panel lets you modify around 70 different parameters to customize your gameplay in Assassin's Creed Origins. The new feature is available as a free update for PC players on 4/19/18. 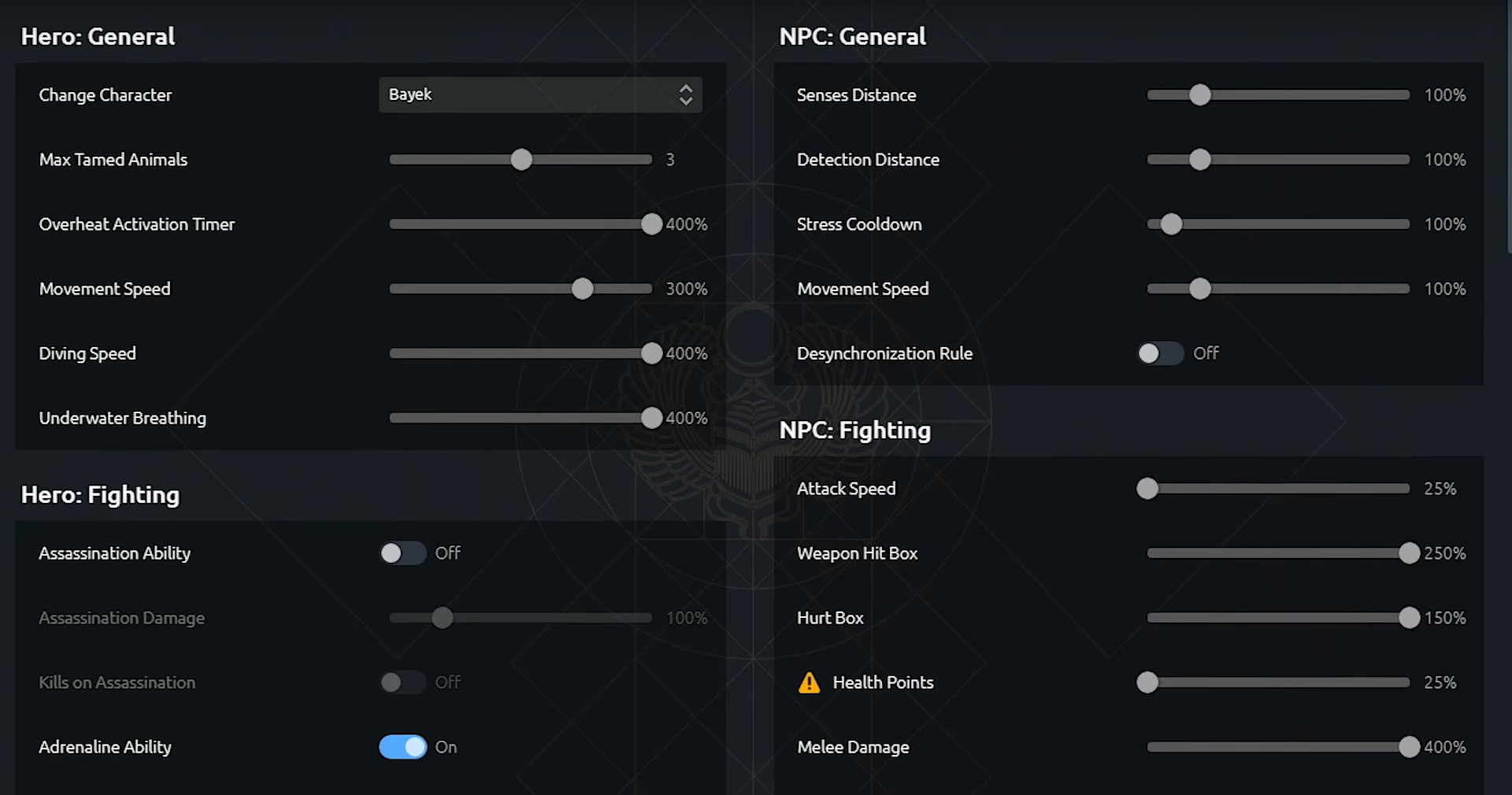 Most likely, the update will be available only on PC.

You can join the discussion in ModDB Discord: Discord.gg and on general ModDB forums Moddb.com

SPONSORED: How to Get the Best PC Gaming Experience in For Honor

Part 2 in our sponsored series from NVIDIA, we take a look at For Honor and how to extract the most from your gaming experience.

SPONSORED: For Honor: Choosing the Warrior Right for You

With a vast majority of our community embracing Mount & Blade, Chivalry and the many games these titles have now inspired, NVIDIA has supported the ModDB...

The game is set in ancient Persia, although the exact century is not revealed. In the game, the player assumes the role of the Prince, whose name is not...

Somewhere in the South Pacific lies the remote Auroa Archipelago, a vast land of diverse biomes that range from lush rainforests to snowy peaks. Now...

Jerusalem, 1191 AD. The Third Crusade is tearing the Holy Land apart. You are an elite Assassin sent to stop the hostilities by suppressing the powers...

Take control of your destiny and write your own epic odyssey as you journey to become a legendary Spartan hero. Live incredible adventures in a world...

Set in mysterious Ancient Egypt, Assassin’s Creed Origins is a new beginning. Experience a new way to fight while exploring the Great Pyramids and hidden...

“Terrorism has evolved, and so has Rainbow 6. In Tom Clancy’s Rainbow 6, formerly known as Patriots, all the team play, tactics, and realism that...

Discover an intriguing and fascinating new epic story of power, revenge, and conspiracy set in a pivotal moment of history: the Italian Renaissance.

From the storming of the Bastille to the execution of King Louis XVI, experience Paris during the French Revolution as never before - and help the people...

Exactly. Why would a company like this release an engine like this to the public. Why give indie devs the chance to 1 up your games?

Epic games made there's public for free and it can create environments just as realistic.

This is a cool engine.

I Hate Ubisoft for no letting us use the Scimitar Engine, but I love them for the games they make using it.

Mod SDK & Community
Built a game for Anvil and want to support mods? Try mod.io, a cross-platform mod SDK created by Mod DB which makes it easy to get a mod community up and running in-game. Currently seeking games to integrate and promote