Somewhere in the South Pacific lies the remote Auroa Archipelago, a vast land of diverse biomes that range from lush rainforests to snowy peaks. Now, it’s home to Skell Technology, an enigmatic technology giant. Initially interested in a remote testing site for its autonomous drones, the Silicon Valley company eventually turned Auroa into its “World 2.0,” a high-tech, high-security utopia of sustainable eco-cities and robotics research.

Explore a diverse and mysterious open world ranging from barren deserts and dramatic fjords to futurist cities and arctic peaks. Featuring 11 unique biomes and home to Skell Technologies this remote Archipelago will challenge the Ghosts like never before. Use the environment to your advantage as you disappear into a jungle canopy to evade your foes or jump into a vehicle and charge into battle by air, land and sea. A seamless co-op experience means your squadmates can jump in and out at any time.

Face your deadliest enemy yet, The Wolves, former Ghosts who have betrayed their country. Led by the charismatic Colonel Cole D. Walker they have taken control of Auroa for an unknown purpose. Now in control of Auroa’s powerful drone technology The Wolves and their allies will hunt you mercilessly across Auroa.

Experience life as a Ghost, an elite US Special Operations soldier, as you fight back from behind enemy lines on the toughest mission of your career. 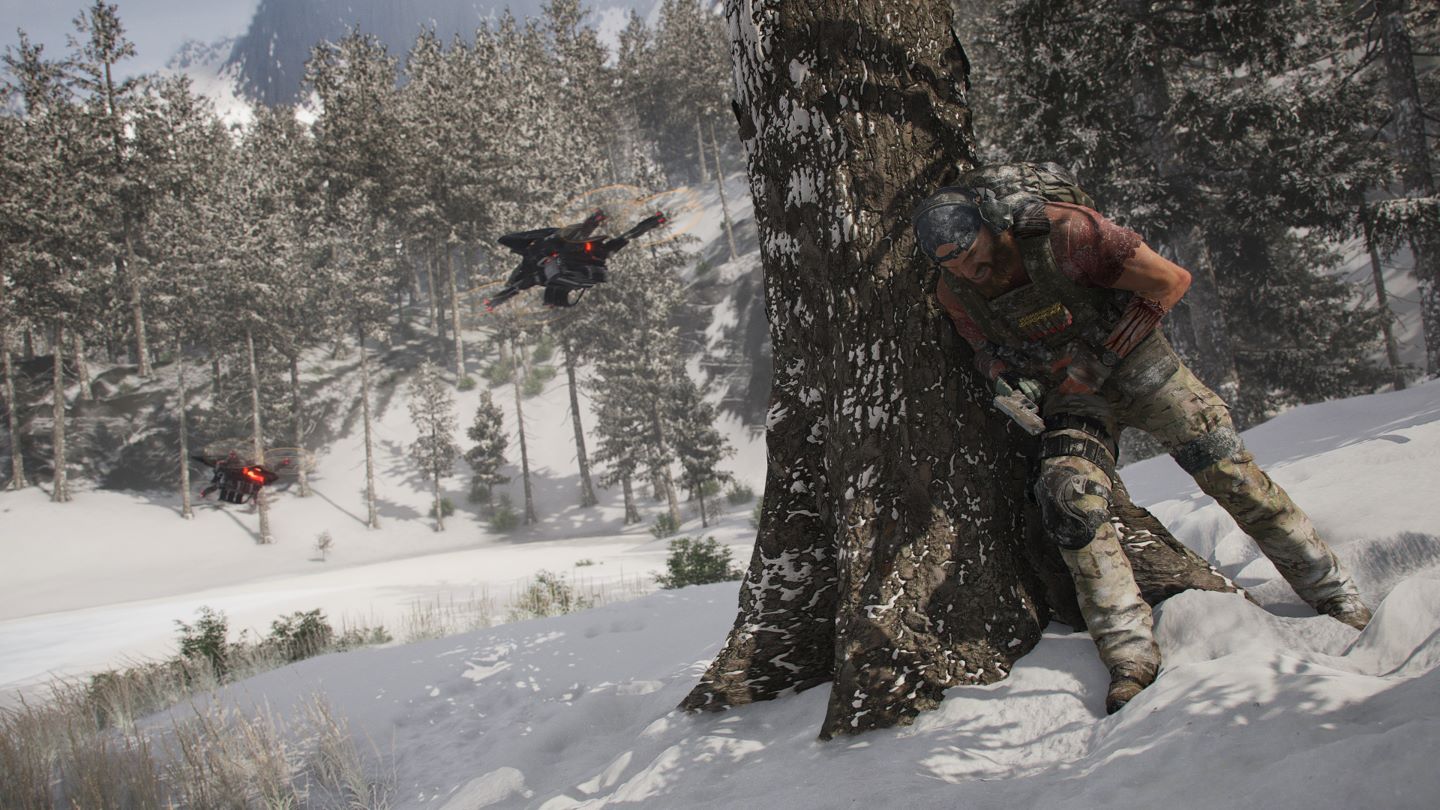 Now when your Ghost takes damage they may also become injured. These injuries will slow you down and reduce your combat effectiveness requiring additional time and resources to heal your Ghost back up to peak fighting condition. 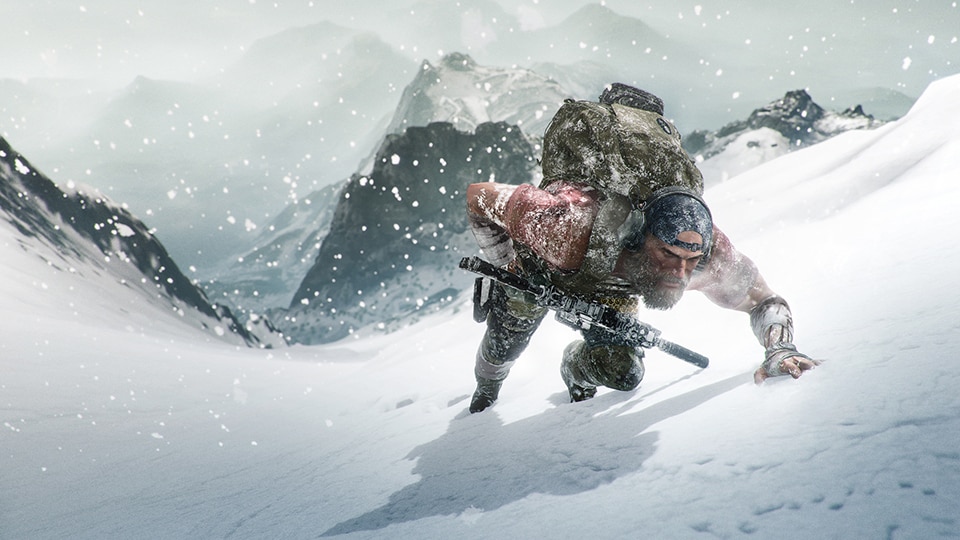 The world of Auroa will push your Ghost to their limits. Steep slopes will make you slip and fall, traversing water or snow will slow you down. Properly managing your stamina will be essential to surviving and fighting back. 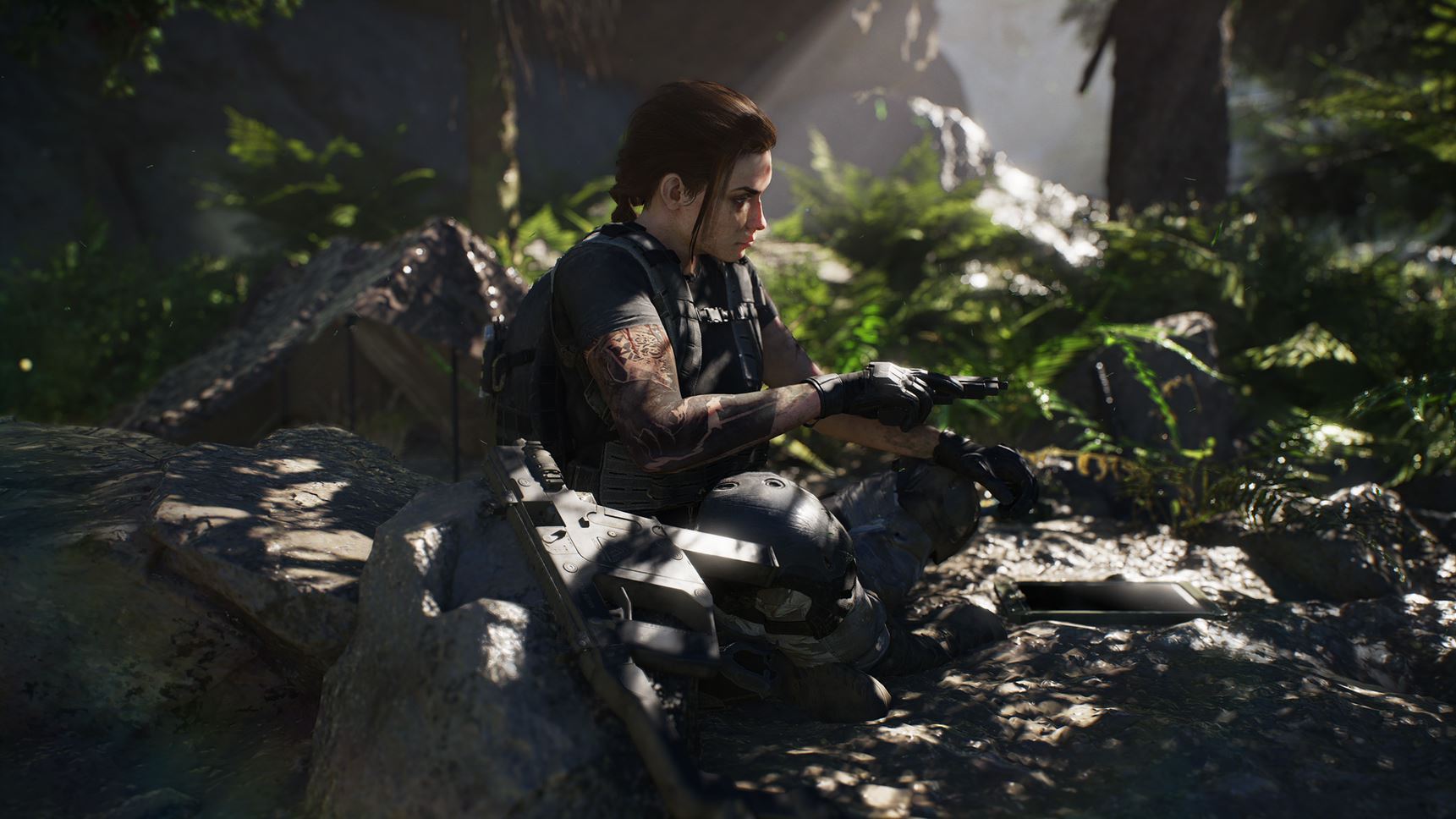 Trapped behind enemy lines The Bivouac is a temporary camp where you and your fellow Ghosts will rest and prepare for the next mission. Clean your weapons, change classes, craft items, upgrade gear, and more. Then select desired time of day and weather before venturing back out. 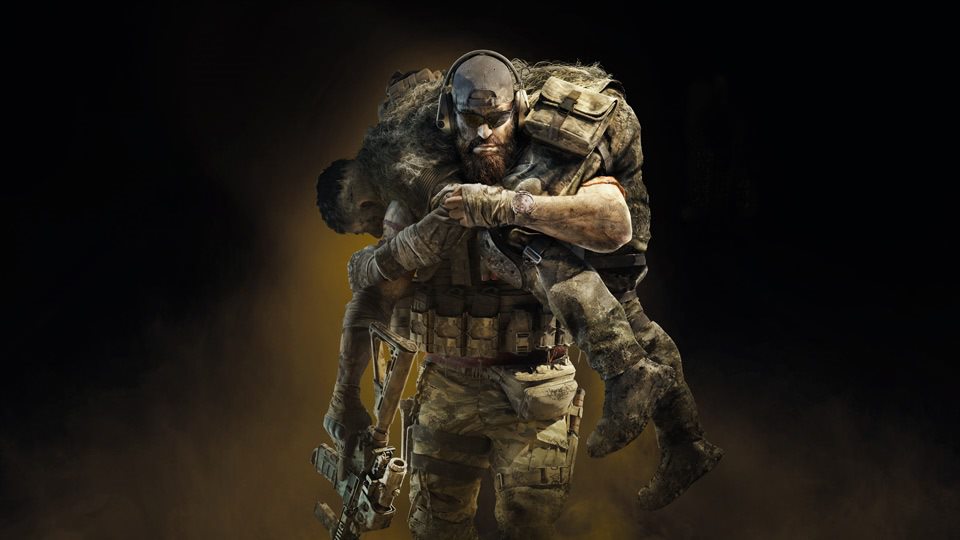 Leave no man behind. When an ally is down and needs help, instead of giving medical attention in the middle of a firefight, you can quickly sling them over your shoulder and move to safety to get them back on their feet.

To promote Ghost Recon Breakpoint and grow its popularity (top games), use the embed code provided on your homepage, blog, forums and elsewhere you desire. Or try our widget.

Those are sound effects if you want to confirm your killing targets - hitmaker sound effects and Behemoth loud sfx while patrolling has been disabled.

Replaced weapon sounds for G28 all variants (only for a player so far) including outdoor and indoor unsilenced / silenced rounds, (includes previous update...

ARMA 3, a unique sandbox-style combat gameplay experience in the most detailed environment of the series to-date.

The face of war has changed. Enemy lines blur, and there is no longer a clear opponent. Following an insurgence in the heart of Mexico City, the U.S...

You assume the role of team leader in the tactical response team of a major city police force. Your work is to plan and carry out tactical entry in barricade...

Raindrop Tactics is a top-down survival game with lite RPG elements, set in an alternate reality where the soviet union is one of the only surviving powers...

Fight with guns and superpowers in this GTA-inspired PvPvE battle royale. Do missions and battle cops to level up randomly generated roguelike abilities...