The Lightweight Java Game Library (LWJGL) is a solution aimed directly at professional and amateur Java programmers alike to enable commercial quality games to be written in Java. LWJGL provides developers access to high performance crossplatform libraries such as OpenGL and OpenAL (Open Audio Library) allowing for state of the art 3D games and 3D sound. Additionally LWJGL provides access to controllers such as gamepads, steering wheel and joysticks. All in a simple and straightforward API. 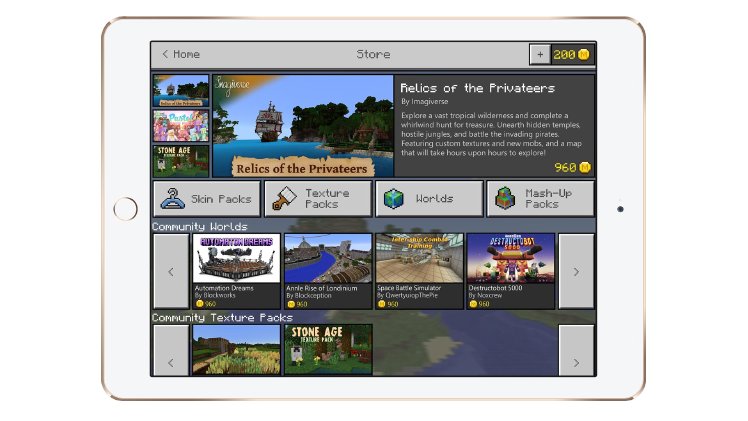 Bloomberg reports that Minecraft is adding a new feature to its in-game store: the ability to pay for mods. While the in-game store did already exist, and allowed players to purchase content created by the Minecraft development team, this new move will open the store to community creators and modders, allowing them to sell their creations directly to players.

The store will not immediately be open to all modders, however. The report states that nine creators will be approved for access when the store launches, and they will be selling items like “new storylines, in-game activities, or landscapes”.

Players purchase this content with a new currency – “Minecraft Coins”. Those coins themselves are bought and added to their virtual wallet, or other relevant system-based account, and can then be used to purchase Minecraft Marketplace content on any platform. The platforms that will be launching with the Minecraft Marketplace include Windows, iOS, Android, Apple TV, and Minecraft’s VR offshoots. The Marketplace will not yet be available on Xbox Live or PlayStation Network.

Developers are able to choose how much to charge for their content, though the items that will be available when the Marketplace first launches will range from $1 to $10. Other content creators will be able to apply to have their work featured on the Minecraft Marketplace, but they must ultimately be chosen by the developers, and have each piece of their content reviewed, before they can go live. 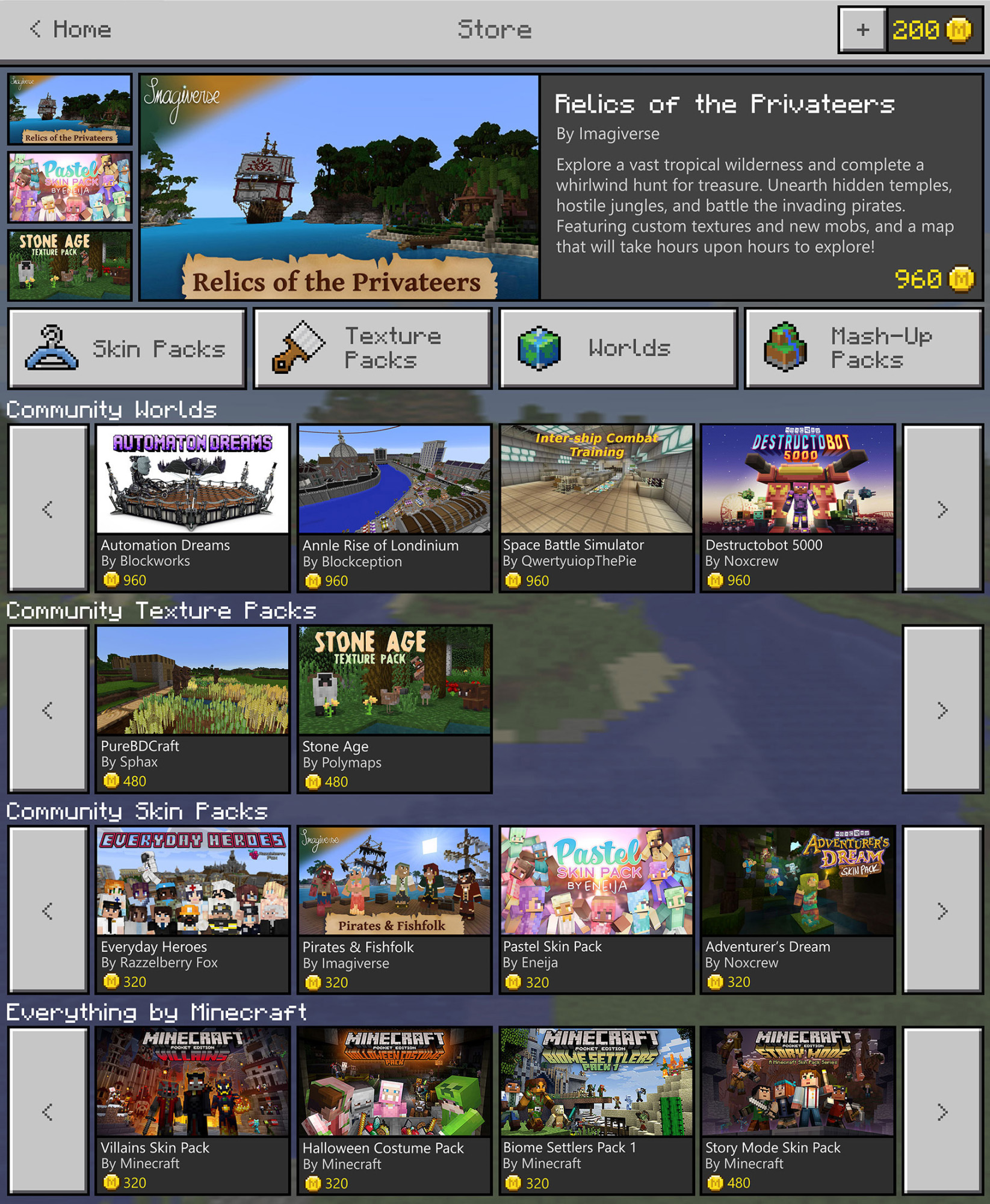 Microsoft’s John Thornton explains how the modders will be making money:

“We have a model that allows us to give more than 50 percent of revenue to the creators. They’re all happy with that revenue split and we’re happy with that as well ... We don’t have a strong price cap. If we have content that shows up that everybody agrees is of significant value that a consumer might want to pay more than that, we’ll have that conversation. Ultimately it’s up to the creator to decide.”

The Minecraft Marketplace will be launching soon. 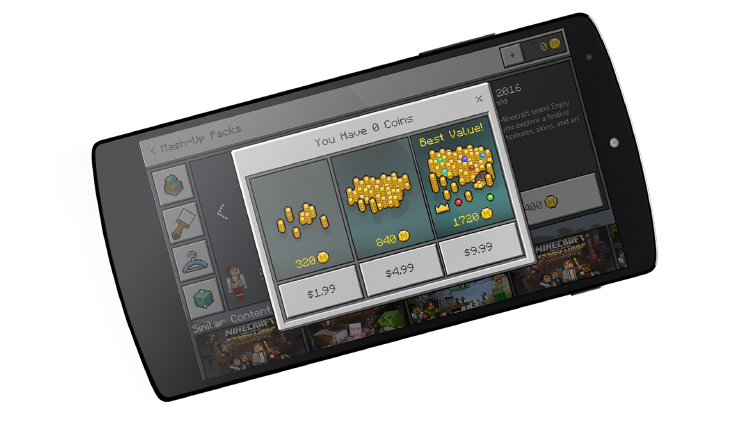 Here's what Minecraft looks like being played with its first official motion-tracked controller input.

Explore your virtual worlds from an immersive new perspective.

We’re almost ready to dive into our procedural worlds in VR.

If you have Minecraft Windows 10 Edition, Oculus Rift support will be free.

New innovative 2D side scroller RPG with Open world features and a whole lot more! Join us as we develop our new game and become part of it! Our game...

Graffiti from a lost friend

Explore rooms, solve problems, explore some more. Set in a three dimensional environment, the player navigates by touching controls on their screen. This...

You play popular games like League of Legends and Dota2 and wish that you could play it everywhere you go? Well here is a solution. A 2D Multiplayer online...

This game has been made using the Lightweight Java Game Library (lwjgl.org) so requires java. wobbegong platform hopper is the latest game using the character...

Cast from the river bank and see if you catch anything.

Bubbles In A Cage [free]

Burst as many bubbles as you can by tapping them, before ten bubbles escape.

Pantless Hero is a 2D platform game mixing elements of RPG and exploration/adventure. Explore and storm vast and complex galleries of cave, ruins of an...

Urr, how have you people missed off the would-be most popular game in the list? It would get you so much more popularity.
MINECRAFT PEOPLE. IT WAS MADE WITH THIS.
I really thought it would be here.
Good idea? Indeed it is. So basically you missed the most popular indie game ever. -_-
That aside, this engine is FABULOUS. I'll stop flaming or what not here, because this is actually really good. Hope this gets more popular. :D

Mod SDK & Community
Built a game for Lightweight Java Game Library and want to support mods? Try mod.io, a cross-platform mod SDK created by Mod DB which makes it easy to get a mod community up and running in-game. Currently seeking games to integrate and promote