If you wish to add mod support to your Unity game, we recommend the use of the Unity Engine Mod Browser and Manager Plugin created by mod.io, which makes it easy to support UGC.

Unity supports the creation of almost any game imaginable, including:Browser-based MMOGs, First-person shooters, Racing games, Real-time strategy games, Third-person shooters, Roleplaying games, Side-scrollers, ...and many moreVisit the gallery section of our site to see some of the games that have been powered by Unity.

You can download Unity for free from anywhere on our website. No charge whatsoever and no strings attached. Anyone who meets the terms of the license agreement can use Unity to create, publish and sell games for desktop computers and the web at no cost.

8hours ago Go To Hell

Just a little news to say that I upload the last update of the demo.

This demo is the same as the 1 and 2 but with improvements.

all the info on the demo here : Indiedb.com 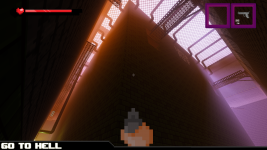 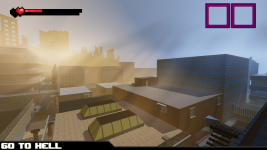 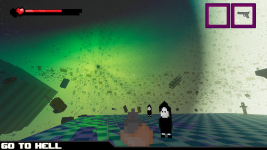 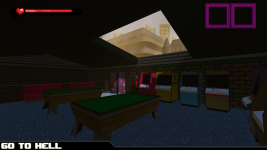 Here are all the changes :

If everything's go well there will be no more demo update after this one but the full game.

So I hope you enjoyed this demo.

Get a sneak peek of the December update and vote for Flashing Lights in the IndieDB Indie of the Year award!

The first demo version of Mini Countries has just been released on Steam and Itch.io

Play CO-OP against a monster on an abandoned spaceship, where one player controls a survivor and the other the ship itself.

A dark fantasy ARPG that lets you engage in brutal and gory combat in the demonic realm. Play as the gorgeous but deadly Succubus. Grind your way through...

SISTA. A psychedelic depiction of the beginning and the end.

9hours ago TBD Turn Based Tactics

"Shardpunk: Verminfall" is an upcoming tactical squad-based survival strategy game, based in a steampunk setting. Gameplay-wise, it is a mix of XCOM and...

The Arena of Death

It is the Year 3015. Nuclear war has left Earth a barren wasteland. You are a Survivor. Fight battles to win weapons and resources. Destroy your enemies...

This is another viewport of ww2, now from hungarian side. After ww1, the entente powers - leaded by France -, spaded the 1000 years old historical Hungary...

The (not so) classic Point & Click adventure where perspective changes everything. Witness Port Valley's Election Day from 3 points of view and find out...

STAR SHREDDERS is a story rich SHMUP with strategic gameplay elements. Play as Clash a Royterian who heads up the Valkyrie force that protects the planet...

Unity is real better engine not only for people who starts making games but also for the proffesionals too!
Our game "Wanted Raccoon" also was made with Unity3d! Check this out if you want :) Indiedb.com

Unity was is and will be the best. We created a game called "The Last Roman Village" and all dev process was nice and easy made with Unity

Hi everyone.
Does unity support medieval mapping and weaponry options?
Could I make my very own RPG game with this?

Yes of course. It's one of the most robust game engines out there.

Despite what some people say, Unity is a very useful engine. It's really easy to use and get the hang of.

love the engine, I'm just not that good at it yet lol.

Ha ha, this is exactly how I feel! I'm learning unity to port my existing IOS game to other platforms. Kinda regret it that I didn't started out on unity.

Great Engine.
An engine up to large projects. We use it in Oberion Games and recommend !

I'm looking for a serial number for unity 5 pro version. If anyone could hit me up with that I would appreciate greatly. Thank you.

sorry that was me before. for some reason i wasn't logged in.

Really nice engine. Could use a more updated UI. Still learning. HOW DOES I CAMERA???

Mod SDK & Community
Built a game for Unity and want to support mods? Try mod.io, a cross-platform mod SDK created by Mod DB which makes it easy to get a mod community up and running in-game. Currently seeking games to integrate and promote

The advantages of Unity are: +You can build for nearly all major plattforms +Easy to learn +Great assets pipeline, which supports most 3D packages +Great and helpful community and hundreds of useful tutorials +Good documentation +A big fund as backbone. So this engine will be further developed and getting better +one of the most optimized mobile engines So why I give only 7 out of 10? Well, Unity has unfortunately some really weak points: -Basic version is free. But if you serious about game development…