Gamebryo is a flexible, cross-platform game development engine and toolset, optimized for current- and future-generation game development in any genre. Gamebryo accelerates your project, whether you’re creating your prototype or first-playable, streamlining your production pipeline, or targeting multiple consoles.

Revelation Blue is planning to set the player in the year 2253, and it will be considering the events of all Fallout games after Tactics as non-canon (Even though they aren't officially.). One of the main selling points of Fallout 1 and 2 is giving the player freedom to do whatever they want, with a huge selection of choices for roleplaying, and offering many hub worlds for the player to explore in. And we wish to take the best elements of those games, in our recreation of the cancelled Fallout 2 sequel, Van Buren. We want to add in all the classic weapons of Fallout 2, and remake them exactly how they were.

At the moment, the mod is still a W.I.P (Work in progress). We have came up with several ideas, what we need for the project, how we should do that, how to do this, and so on. But we are nowhere next to finishing the project. Which is why we are currently recruiting people for the project! Keep in mind this is a passion project, and no one will be paid.

As of now, we are recruiting people skilled or know how to properly use the GECK, and Coders. We also need map makers, Individuals skilled with level design, and ones experienced with making quests. Apply for recruitment in the #recruitment-application channel in our Discord, where after reading the welcome message you can then begin to be interviewed. And on a side note; Please understand that if you wish to apply as a writer, we want you to be unbiased about what you are writing, take criticism seriously. Being unprofessional about the mod, and acting ignorant and selfish in general will result in the project leads forcing you to leave the project.

We plan to release a demo featuring Tibbets Prison Facility, where the player will go through a demo sized quest, getting to know what to expect from the mod, and what type of content will be in the mod. This will not release soon, as it depends on how much people dedicate time to working on this project. We will release a brand new Nexus mod page for the Demo quest mod, and put our updated work there in the future.

Q: Will the mod use vanilla New Vegas Mechanics?

A: For now, yes. But if we take permission from some mod authors, we will merge them with the mod and there will be a "enhanced version."

Q: Will this mod be a prequel/ take place for FNV?

A: No, but we will make a patch where after you finish the game you will have an option to start New Vegas separately.

Q: Will there be any DLC or extra content planned?

A: Yes, but they aren't a priority. After/If we finish the project and fix bugs, then we will add DLC, as we already have several ideas for them, such as new weapon ideas, new locations (Los Angeles), and familiar factions.

Q: Will the mod be compatible for linux in the future?

A: Potentially. If we can make it comparable, than we will. But as of now, we don't know.

Q: What about FNV itself? And weren't characters and factions meant to be in both games too?

A: The mod won't treat FNV as cannon. We originally were, but seeing how FNV and Van Buren have many of the same characters, factions, story and lore, we've decided that it would be best to make the story take place during 2253, and make all the future events of FNV non-canon.

Q: What's the current status of the mod in?

Q: Why don't you just call the mod Fallout Van buren remake? Seems weird not to call it that.

A: It is weird. But the reason is because we can suffer from potential copyright from InXile, the owners of the van buren name, and name only. Fallout: yesterday could have suffered from this, and changed their name to what it is now.

Q: How do I access the mod? I started a new game and I'm still in the Mojave.

A: Go to Goodsprings Graveyard, and go to the door there. If you run across an invisible wall after entering the mod, type in “tcl” in the console commands.

If you have any other questions for the mod, please ask in our discord, and stay safe Wastelanders!

A concept art for one of the two main armors , and this one is the Plague Survivalist Armor for the mod, enjoy! 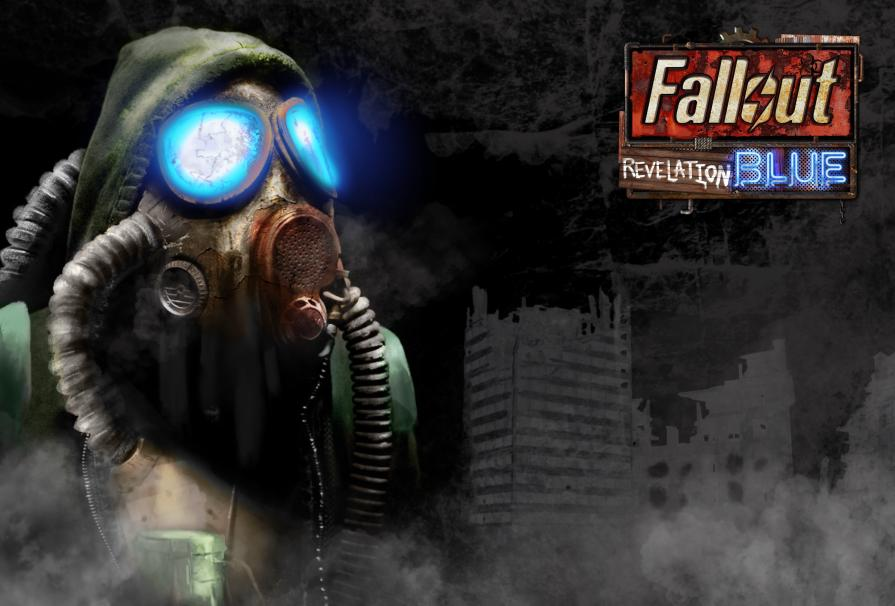 The new versions improve AI, add features to our new editor, and fix hundreds of bugs.

This is a short post on the future of DS and how we want you guys involved.

A short post about Divine Souls launch on Desura,What to exspect and where to talk to the team.

Whats up guys today i have another sneek peek for you this time silhouettes of two of our upcoming classes aswell as information on our exsisting ones...

Experience all the sights and sounds of fabulous New Vegas, brought to you by Vault-Tec, America's First Choice in Post Nuclear Simulation. Explore the...

Focusing on the time periods after the invention of gunpowder. It will deliver 12 unique and challenging scenarios created by the development team at...

The Elder Scrolls III: Morrowind is an epic, open-ended single-player game where you create and play any kind of character you can imagine. Be the noble...

Vault-Tec engineers have worked around the clock on an interactive reproduction of Wasteland life for you to enjoy from the comfort of your own vault...

It’s a mash up of building and brawling! Reach for the sky and build the greatest towers in Slam Bolt City while defending against deviously charming...

Rule throughout time and create your own legacy as you guide your civilization from the dawn of man through the space age and beyond. Implement new technologies...

Wizard101 is a free-to-play MMORPG. Players create wizard characters that attend a school to learn magic. As the students learn magical spells, they also...

Okay, now that Bethsheda has "retired" from using Gamebyro (now they're using Creation engine for Elder Scrolls V: Skyrim) should'nt they make it public? It would be a great publicity stunt and all us devs/modders would a lot of benefits!

I doubt Bethesda made the "Creation engine" from scratch, i bet this new engine is in reality Gamebryo with some changes, just like infinity ward used a upgraded idtech3 (quake 3) engine for all their games, why would they? They know the tech and the development tools very well.

You are quite right from what I have read. However, the engine hardly resembles the original Gamebryo package as they stripped it down to almost nothing and rewrote almost everything. Hence it is a "new" engine. Kinda like multiple cars built on the same chassis design.

It would be awsome if they made this engine public

They need to switch up for the next elder scrolls

No, it definitely wasn't. What you are thinking of is the GECK Construction Kit, which is just a visual editor to create content etc. but that is not the actual engine.

Mod SDK & Community
Built a game for Gamebryo and want to support mods? Try mod.io, a cross-platform mod SDK created by Mod DB which makes it easy to get a mod community up and running in-game. Currently seeking games to integrate and promote