Hi guys!
no one asked for this but I know this will really help aspireing moders. now, as you should know I made this witch is all of CStrike's default worldmodels on HL2 bones. so, this tutorial we will be going over making CSS weapon worldmodels to be on HL2's bones.what you will need:

Now lets get started... also I'm sorry for my bad english. its not that I'm not english, I'm just an idiot.Now first decompile the model into a folder like, say the model is w_pist_deagle.mdl then call the folder "decompiled_deagle" and then you should see something like:
w_pist_deagle_anims (folder)
w_pist_deagle_logs (folder)
w_pist_deagle.qc
w_pist_deagle_reference.smd
and next you will need to open hl2_misc_dir.vpk (Its in a lot of source engine games like HL2, TF2, CSS, Portal, ect) it will be in the hl2 folder.
and when in side of it open "models" then "weapons" and inside of that take W_pistol (take the one for the type of weapon, like a MP5 you would use w_SMG1 or for a rfile you would use "w_irifle", ect) and extract it into a folder.

now, export it into where you have decompiled the deagle as a .SMD and then open w_pist_deagle.qc and edit the $modelname to be, well, lets say "weapons\w_pist_meagle.mdl" or what ever you want the model to be named.
now compile it in crowbar and test it in the HLMV.
open a NPC model, say alyx.mdl and then load your weapon as a weapon model.
if you like how it came out, your done!
if you don't, try the alining step again. 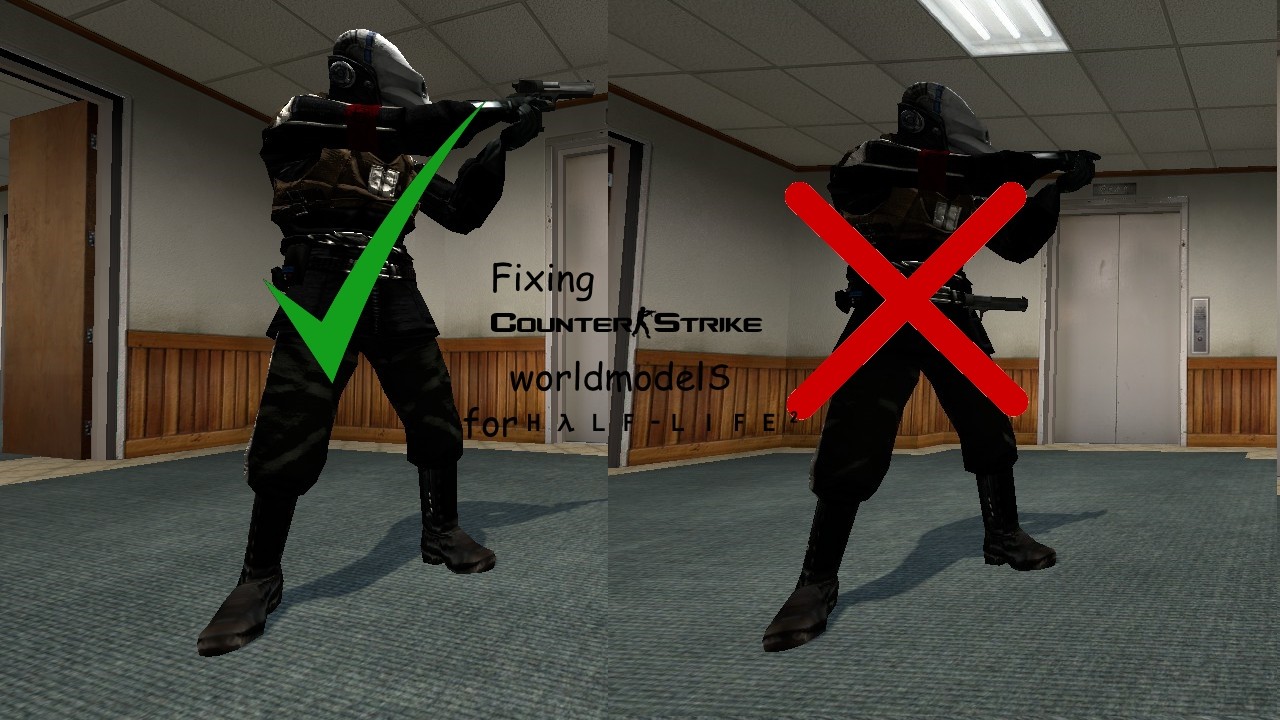 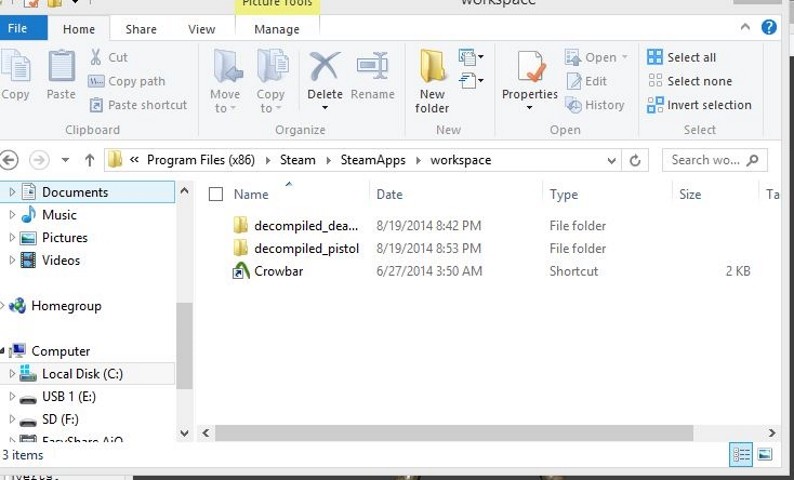 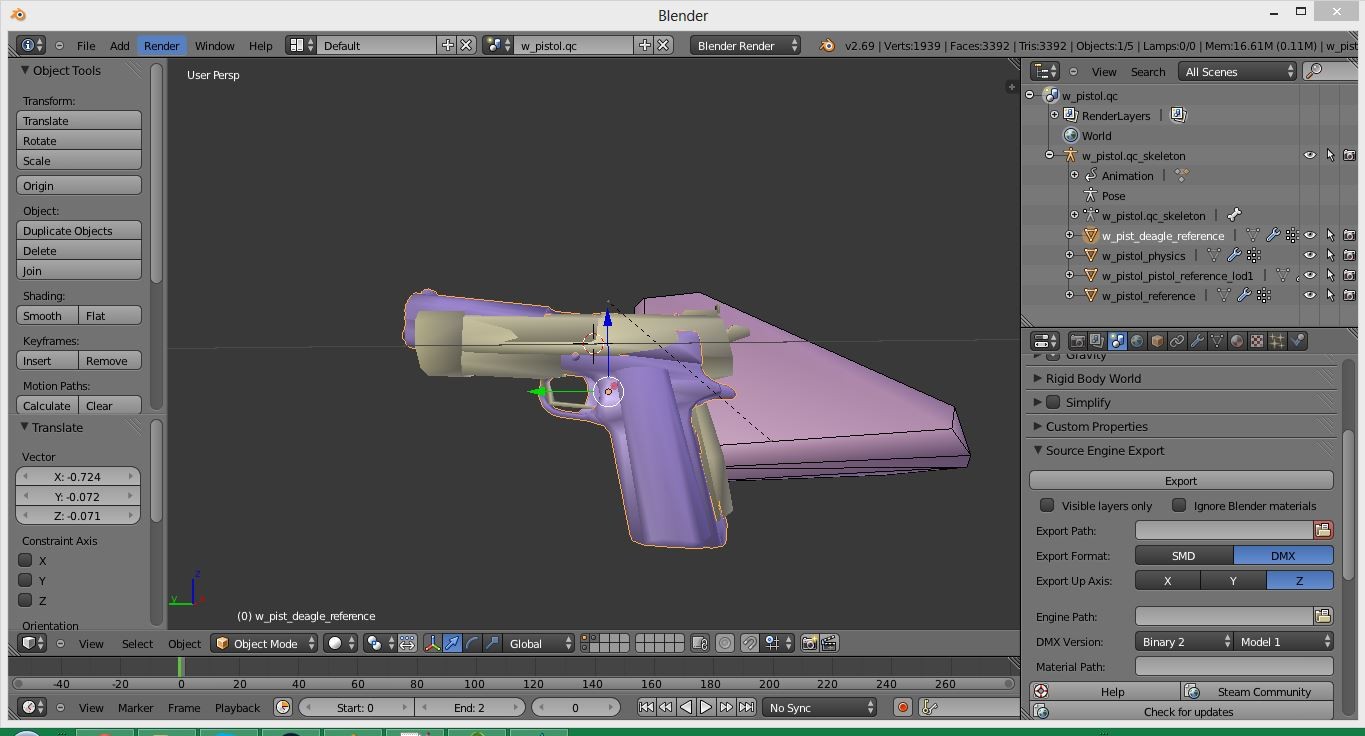 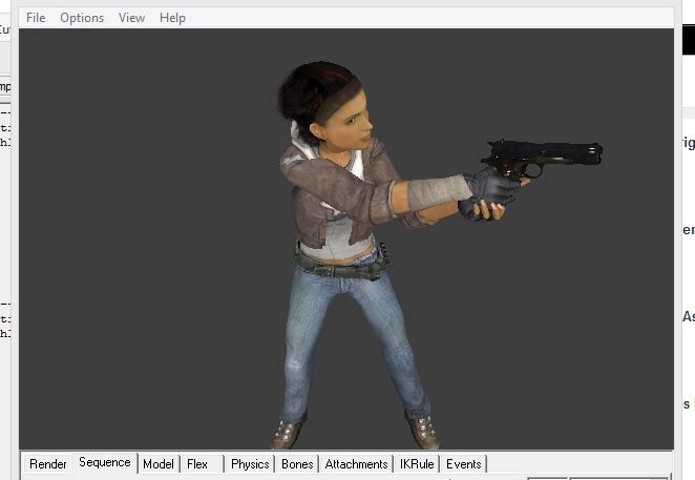 Thank you for the tutorial, very helpful.

yeah I like watching his or JonTron's videos while I work on things.

Such a good tutorial dud, thanks :D