First, what is the game-mode?

The first three maps to be uploaded were

stka_nervepit - Floating arena with a red pentagon nerve filled with nerve gas, surrounded in metal links, having 2 dumpster bases and a nice soundscape 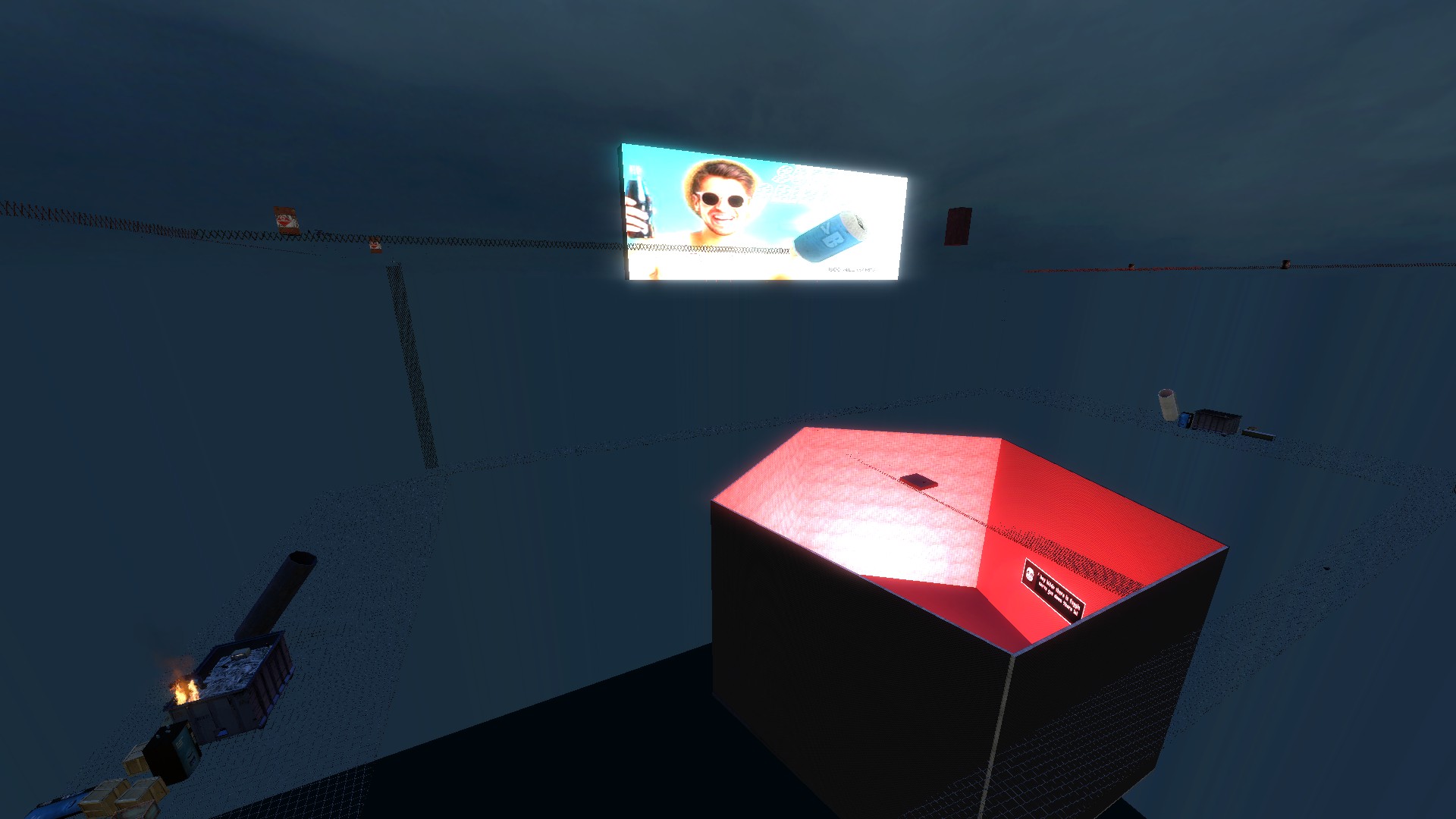 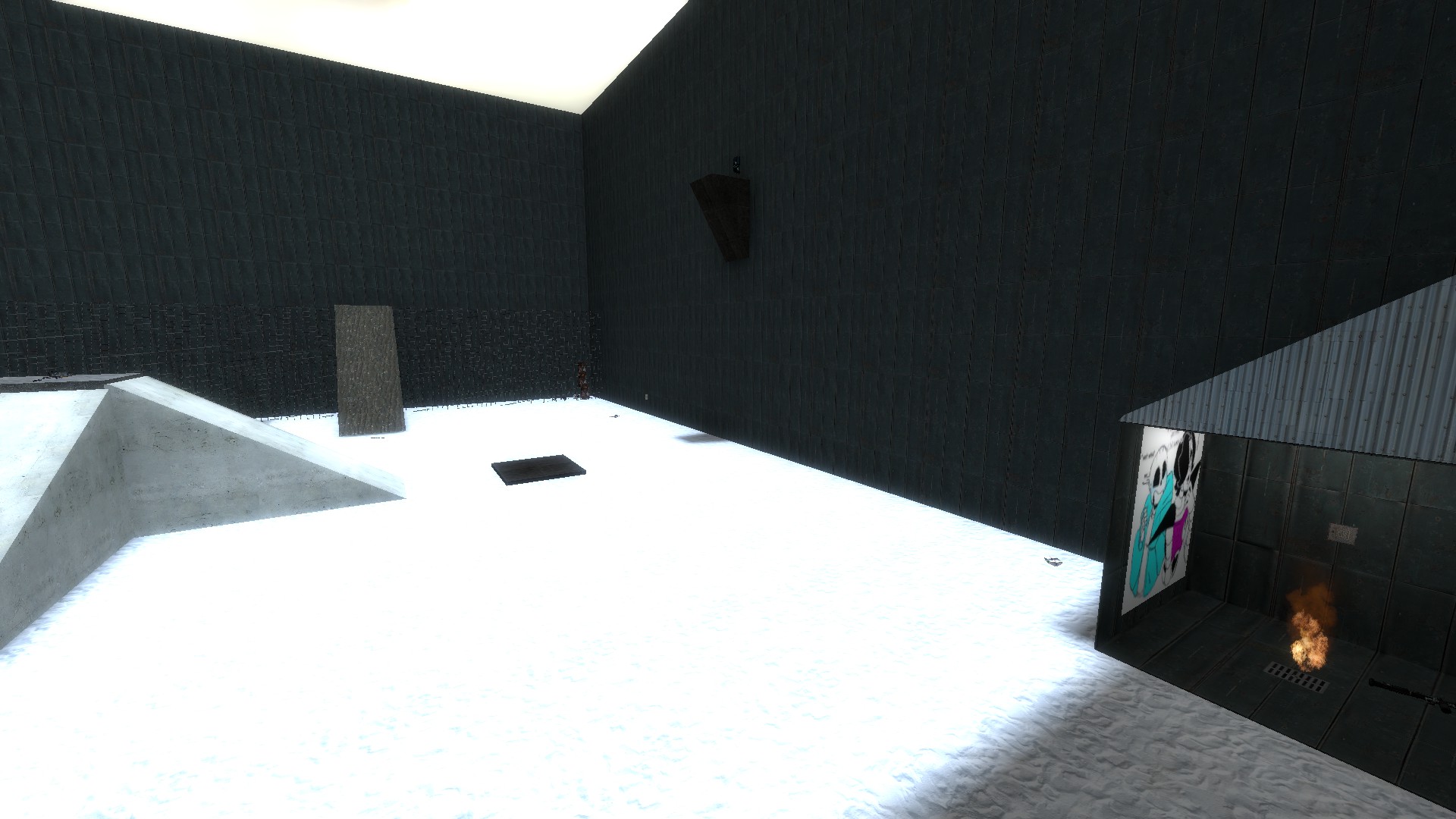 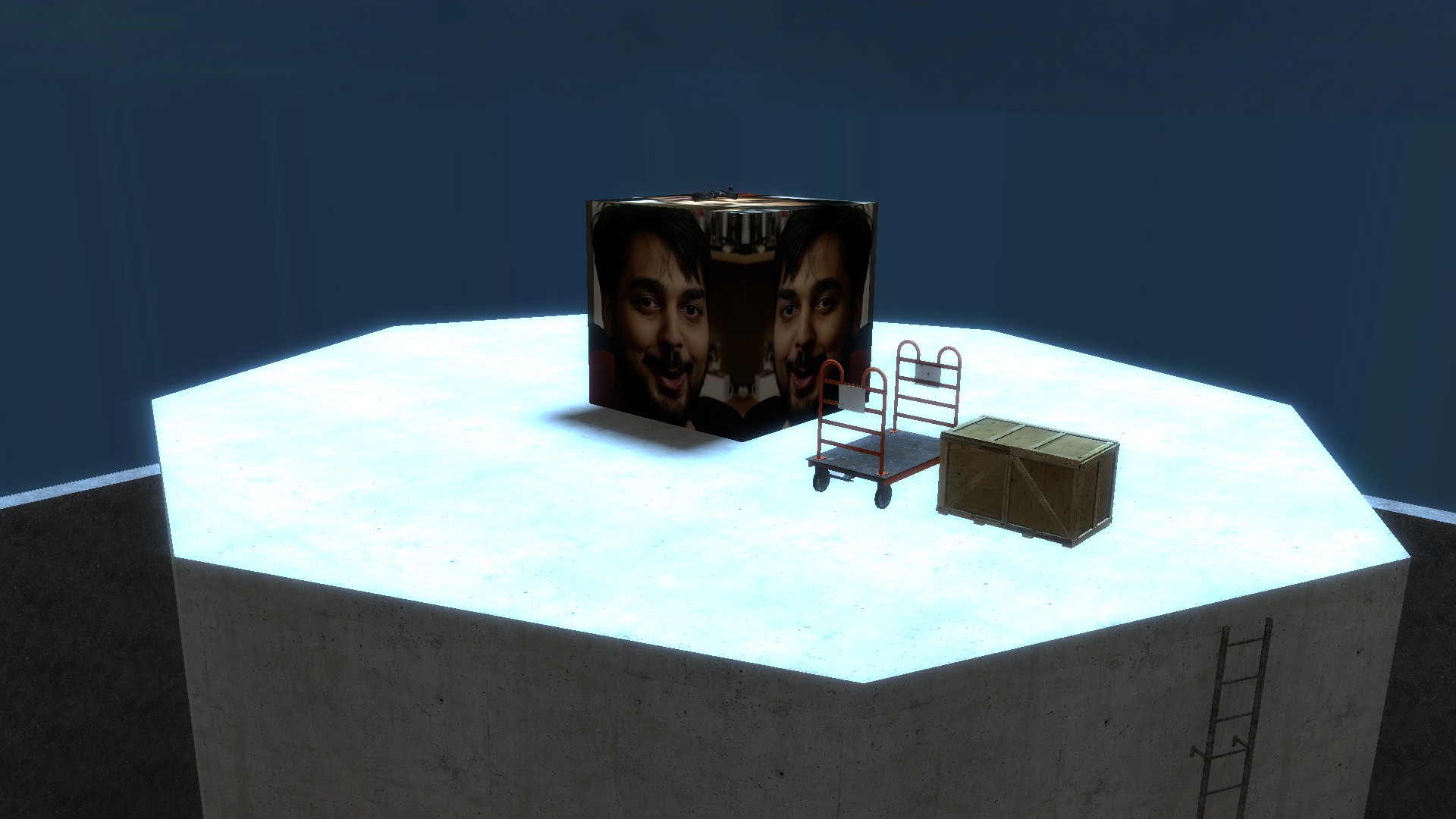 Now how do you make the 'stuka' function in a way where its random and someone drops down?

Its not hard, create a small brush high in the skybox, put a trigger_hurt on top with a info_player_start (start is instead deathmatch in HL2DM's SDK just a formality sort o thing)

You can balance the trigger_hurt's damage and type your self, make sure you give it A NAME since it will help you with basic trigger outputs and such. Name it stukatrigger or something like that

Now add an ambient_generic on the brush and a game_text

Go to the trigger in its outputs section add two of them then set them to OnStartTouch for both then the names of the game_text and ambient_generic or use the cool picker tool to just poke em. Now you can use a custom sound that plays to the stuka or for everyone (if you activate the flag)

The sound I normally use thats pretty much just stuck with it is the Battle 1 theme from Lords of the Realm II why? was listening to it while making it and it fits I guess. Again, you can set this to play to everyone but I normally like just the radius of the stuka's spawn.

Now for his equipment, EASY! Just put 3 smg1 grenades a stun stick and some armour to make em formidable.

Thats pretty much the method of making a stuka map

My favorite map is "nervepit" because it had a nice soundscape and had room to relax in the bases with a lil radio you can try to implement it yourself by using a env_soundscape and going to the Valve Dev Wiki and picking the one you like :)

then in the game_text edit the colors to your liking and write in the field something like "stuka is here" or "stuka time" activate in its flags to be broadcasted to everyone. 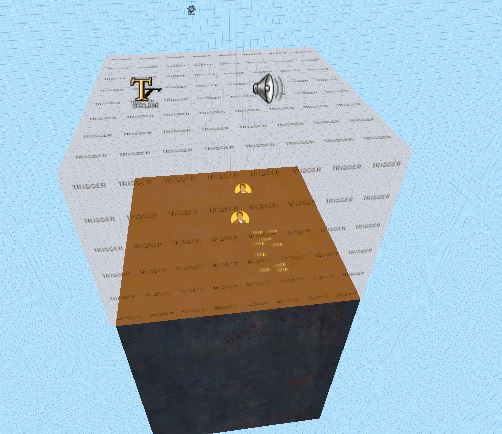 Now when the stuka spawns music plays and everyone is alerted.

I hope this tutorial was of use to you, enjoy!

The Coven version 0.2.3 patch has released! A lot has changed! Download it and check out the new features!

The Coven version 0.2.2 patch has released! A lot has changed! Download it and check out the new features! Harpoon included!

The beta build of Coven version 0.2.0 has released! A lot has changed! Download it and check out the new features!

I am dusting off Coven. Here is a sneak peek of some of the upcoming changes.

so in this 1.1 update the gman floor replaced with brick and the voids is now closed and if you decompile the map you will be see a secret area so that...

its a meme intro i made. credit for the sorse clip goes to 3kliksphilip (video of origin: source makes me cry)

Taking place in an old oil refinery turned Resistance base. Battle your friends in the remains of this recently raided bunker.

A fantastic tool for creating and running mods.

Where I can find this game?

it aint letin me play so yall's shut it

After years of playing, I can definitely say that this game is the best toilet tossing simulator I've ever play :) !

@]BlackPhoenix[ well your account is your responsibility, plus theres steam guard now, if you tell someone your steam id/password and email and it's password, you're doing something wrong and deserve your account getting taken away from you

Does that mean no one can share games in your world? Don't ye think that's a tad bit elitist?

I appreciate you trying to stick with VALVe and their special rules.
But im not accepting that from someone who does not tell me the reason , the time nor anything.

And the incident happend so long ago , im not even sure if you could approve your E-Mail with Valve servers at that time.
Also there was no-one to defend us.

And im not crying about it , thanks to it i have strted with SourceSDK and now its the best thing ever , better than some old giglidy night in a low-gravity box for sure.