7 years ago today, on July 1st, 2013, I started the development of what used to be a small single-player map-pack for Return To Castle Wolfenstein - it was called The Dark Army. Over time, the project became more ambitious - the add-on became a mod, and that's why I decided, in 2014, to split it into two parts: the first being called The Dark Army: Uprising, and the second called The Dark Army: Downfall. In 2015, The Dark Army: Uprising was released, but since it was met with mixed to negative reviews, I decided to remove it from download sites, only to re-release it in 2016 in a better and more cohesive shape. It was way more positively met, as it made it to the Top 100 of the 2016 Mod of the Year Awards - becoming the first Return To Castle Wolfenstein mod to ever achieve such a feat. But that also made me realize that so many, better mods, would have deserved such praise instead.

Now, we're in 2020 - and FINALLY, after 3 years of development, the overhaul of The Dark Army: Uprising is complete. And after 7 years, the mod is finally what it was always supposed to be. I hope you'll like it. Please enjoy!

There are three campaigns in The Dark Army: Uprising Remastered. Elements like the weather, the lighting, the sound ambience, the enemies, their weapons, the items scattered around the maps, B.J.'s outfit... differ from one campaign to another. The most striking difference probably lies within what kind of weaponry you'll find. There are weapons you'll only find during the Day campaign, and some others in the Night campaign only. Below is a list of said exclusives.

As for the Dark Campaign (which is coming July 8), it's a radically different experience. This campaign is literally filled with undead enemies, while the environment is engulfed in a bloody red fog, which grows thicker and thicker as the player progresses through the game. There's also an emphasis on survival in this campaign, as you can't scavenge weapons nor ammo from your enemies, since they don't use firearms. Thus, finding what's already in the area is essential. In this hardcore campaign, fleeing and hiding are keys. 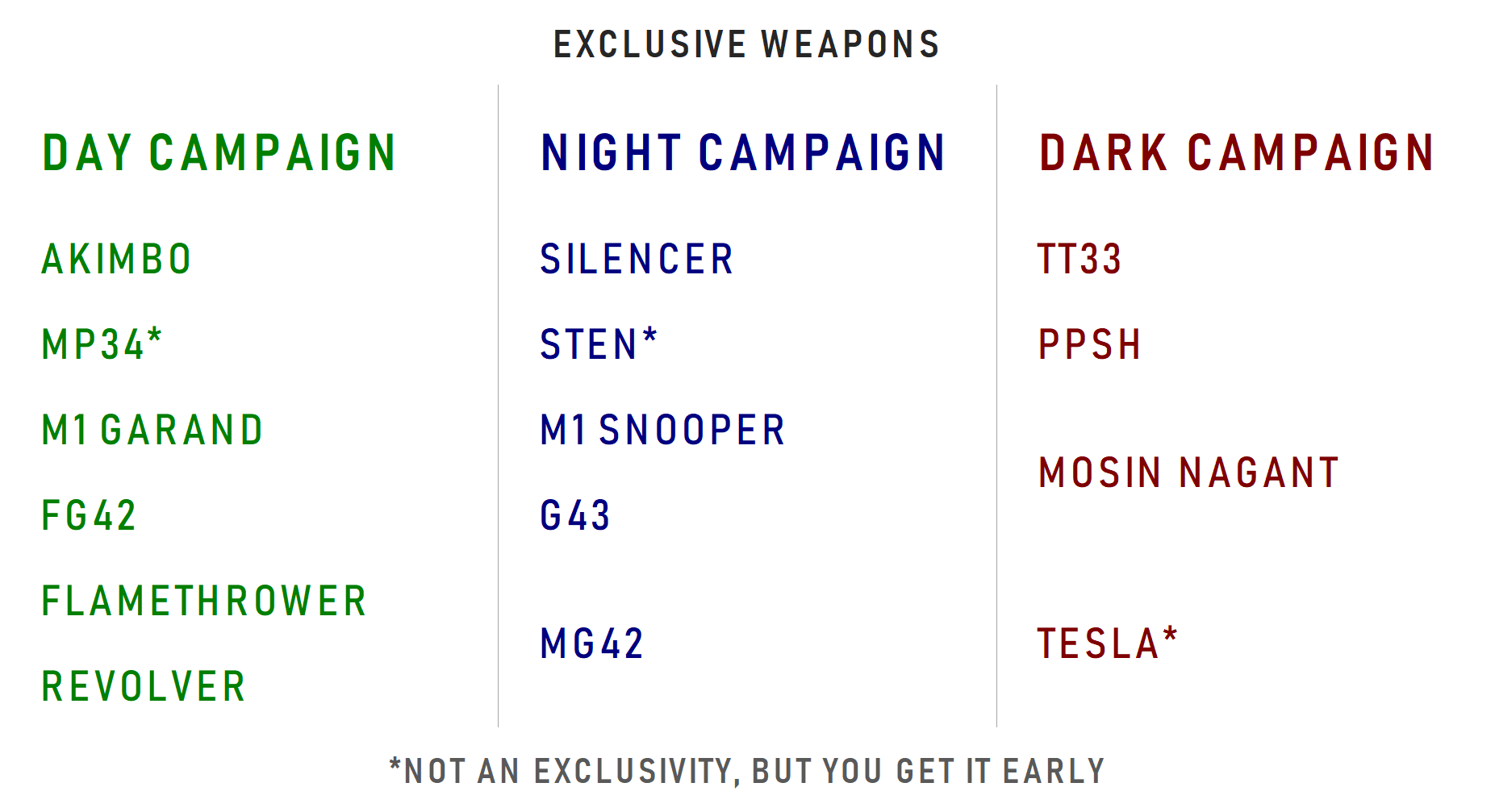 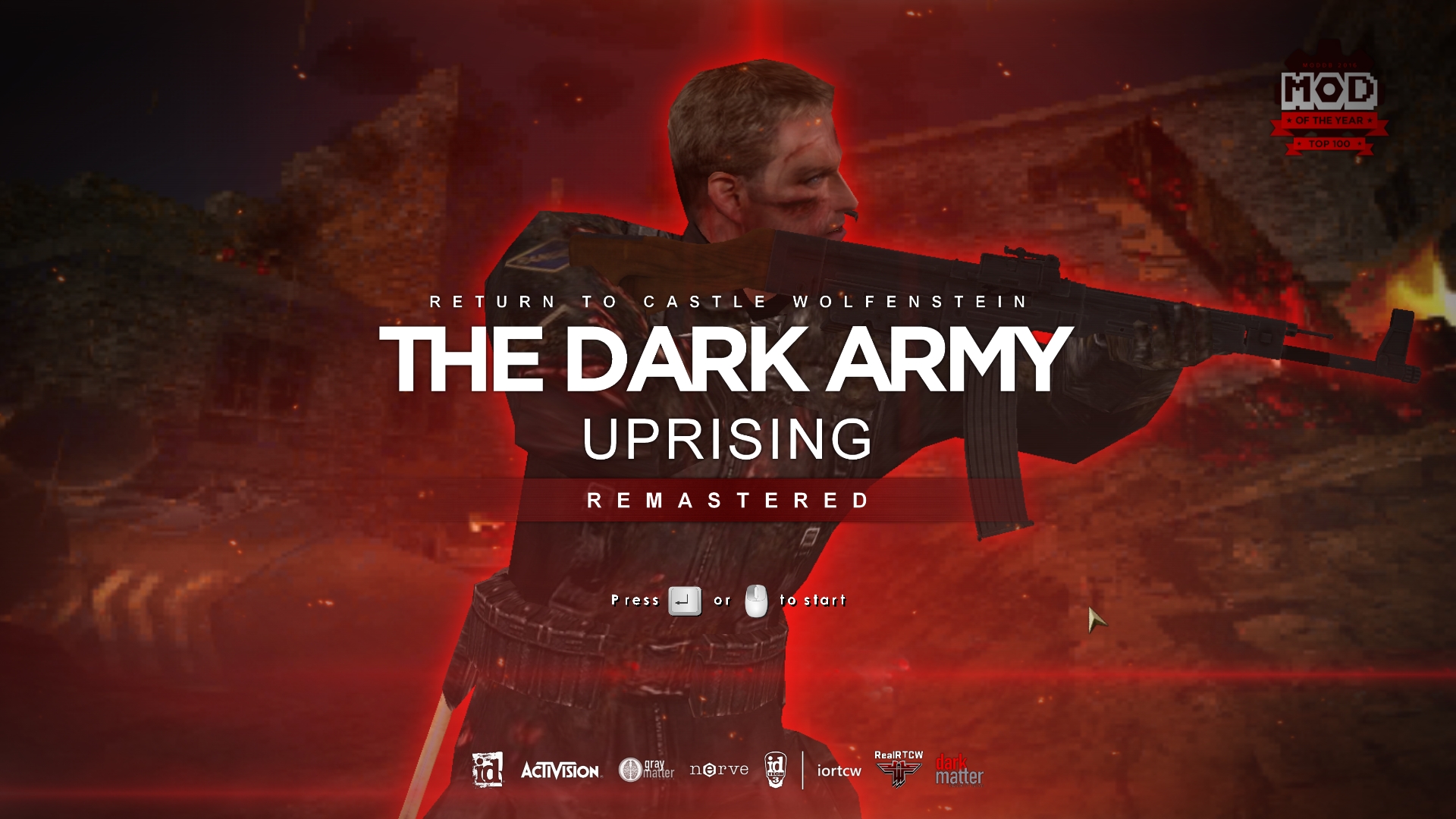 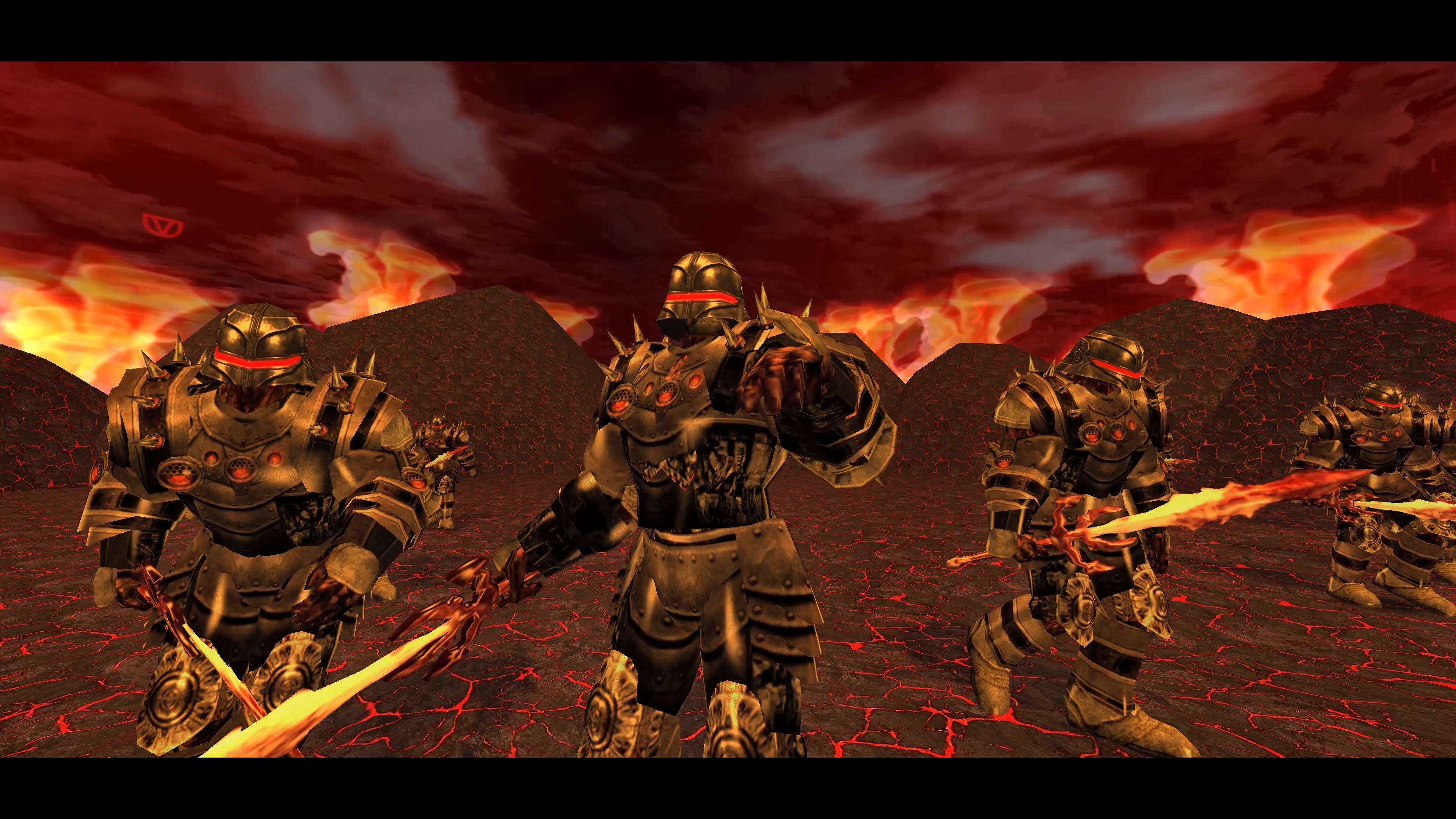 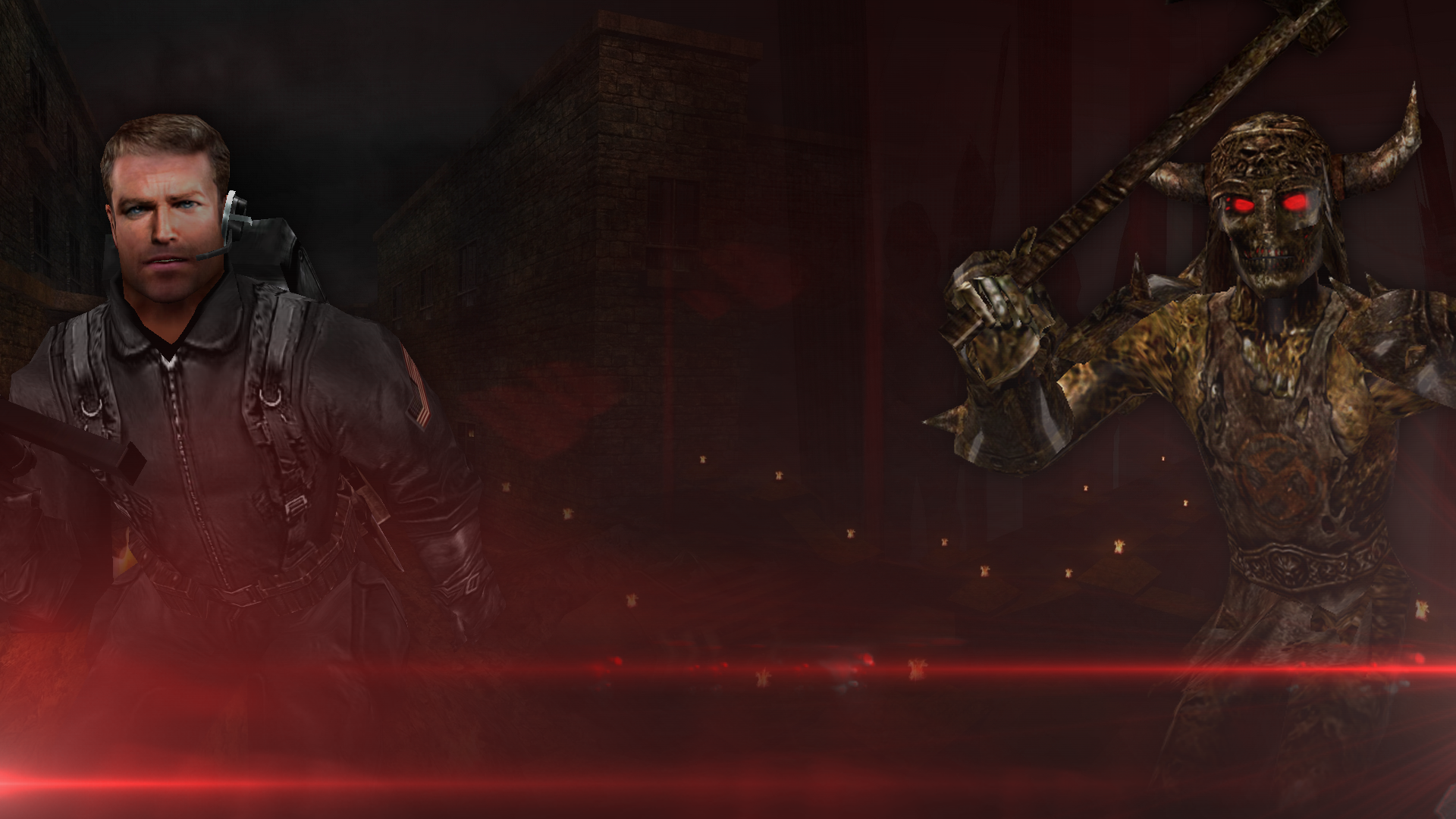 Oh, great, I have an update!
2016 MOTY Awards?
Well look at this! Good on you for sticking to a project despite an initial negative reception. That takes a lot of character. Then to improve upon it and polish it to such a level? You deserve some props for that.

Thanks for your kind words and support Sionfel! Means a lot! 👍

Man, loving the day-night differences! Gonna have some fun thats for sure! ;)

What's the ETA on the New Game+ and Dark Campaign/Dark Realm modes?

Thanks for your kind words and continued support flippedoutkyrii!

There's no ETA yet for the add-ons, but it's not far away. ✌️

Hello! Where could I read the installation instructions for the mod?

Go to the download section. Installation Guide is in the file description.

As WolfETPlayer kindly stated, installation instructions can be found on the download page (https://www.moddb.com/mods/tda/downloads/remaster). Click on "Read more..." in the "Description" tab to show said instructions.

Hope it helps. Thanks for your support. 👍

Congratulations on your new release, Will.

Thanks for your kind words and continued support WolfRTCW!
Hope you'll like this mod as much as I enjoyed making it! 👍

Congratulations William-Faure, this is awesome

This looks awesome and will give me the perfect excuse to re-install the game!

For some odd reason i have trouble with re-opening the game at any point. It says it wasn't closed down right last time i played due to video settings i believe. And often i just can't start the game then again, it just doesn't react at all. When i try after having closed my computer all together and restarting it i sometimes have more luck.
What can cause this? I play on 1920x1080.

Have you tried launching RealRTCW alone?

Hi, Leon
I am happy seeing you here again.

Well, now I can give you all my respect for your hard work on TDA Remastering! You have made the huge work with scripts, leveldesign, UI and sounds. Congratulations and wish you to not stop growing up! Finally you show your and your RtCW skills. but marketing talent not spoiling your developer abilities! Good work!

You're right - I too think I have indeed learned a lot from my past mistakes as a creator. Spent too long on "spreading the word" (marketing as you said) back in the days. But feedback and reviews - positive or negative - helped me forge myself a new mindset. Thus I worked harder and harder on learning new skills these three past years, in order to become a true RTCW map maker and modder this time.

Anyways, thanks for your kind words and continued support, especially after all those years! I hope you enjoy the new mod! ✌️