We previously covered the new content and gameplay changes of DTA 1.16, which will be released on December 1st. In addition to those, DTA 1.16 includes several improvements to the game engine and client. We'll cover the most significant of those in this news post. 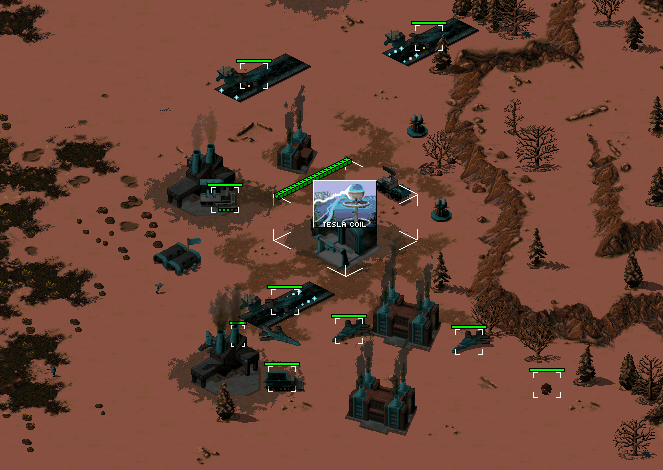 Some of these convenient features might already be familiar to you from Red Alert 2:

You now also have the option of making units undeployable only by holding Alt. This is useful if you find yourself accidentally undeploying your Cruisers or Termites with accidental move orders.

Most importantly, multiplayer games can now be saved automatically, and these saves can be used as a fail-safe against synchronization errors. They can naturally also be used for beating those nasty co-op missions without always having to start from the beginning after a loss. We created a video to demonstrate the ease of use of multiplayer saves in DTA 1.16:

Multiplayer saves have actually been available since late 2015, but they weren't created automatically. To increase their usefulness, the client has also had multiple bug-fixes for them in both CnCNet and LAN multiplayer. In LAN mode multiplayer saves actually didn't function properly at all in previous versions.

For other client updates, the client code has seen a lot of work that makes the client UI smoother and more convenient to use and various features, particularly the CnCNet and LAN lobbies, more reliable.

An extra renderer was added to the client's display settings menu, which in addition to showing very good performance in our tests even turns out to work well on several systems that had issues with all of the other renderers. So if you feel like your performance has somehow been sub-optmial, you should definitely try out the DDrawCompat renderer. 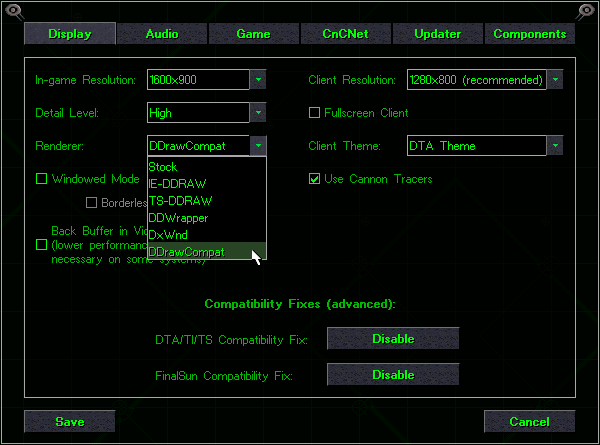 Finally there's also the new hotkey configuration menu that can be accessed directly from the client, as well as the new "Place Building" and "Repeat Last Building" key commands (with their default hotkeys visible in the screenshot below). 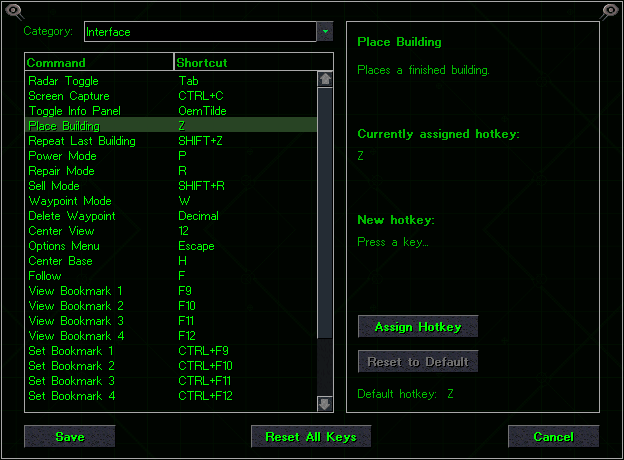 You'll get to experience all of these features, our new content, as well as the gameplay additions on December 1st, when DTA 1.16 will be released. We're excited and hope to see you on the battlefield in great numbers then!

Holy hell, the sync saves are amazing. I play with a friend in Europe and we get de-synced a lot. This makes such a huge difference. Thank you!

Looking forward to the update!

Must be a context-related pun that I made subconsciously while writing it.

I hate puns. Get it out of there.

I wonder if there was an autosave for mission

Looking forward to it. I hope it will bring many additional mp players to the game. Whenever I looked there were either no people present or they were in private password protected games, kinda sad.

We hope so too. Although, while the lobby is usually almost empty, on some weekends we've seen over 10 people online at once, with multiple public game rooms hosted. Today's online peak was 6 simultaneous players.

It's a bit of a chicken-and-egg problem, people being online usually gets more people excited to join in as well, while if there's no one online, no one else wants to enter an empty lobby either.

We're trying to increase the number of online players by making more co-op missions and improving the general smoothness of the online experience.