Today we'll give you a preview of the long-anticipated sequel to our original campaign. Warning: this article will not contain real spoilers, but if you want to remain entirely surprised, we suggest just skipping the article and casting your vote in this year's Mod of the Year awards ;)

We hope you're enjoying our latest release, and have killed many unwanted tourists in your forest using Thranduil and his forces. If you're not too busy doing that, vote for us in this year's Mod of the Year competition by clicking the image below and pressing VOTE: 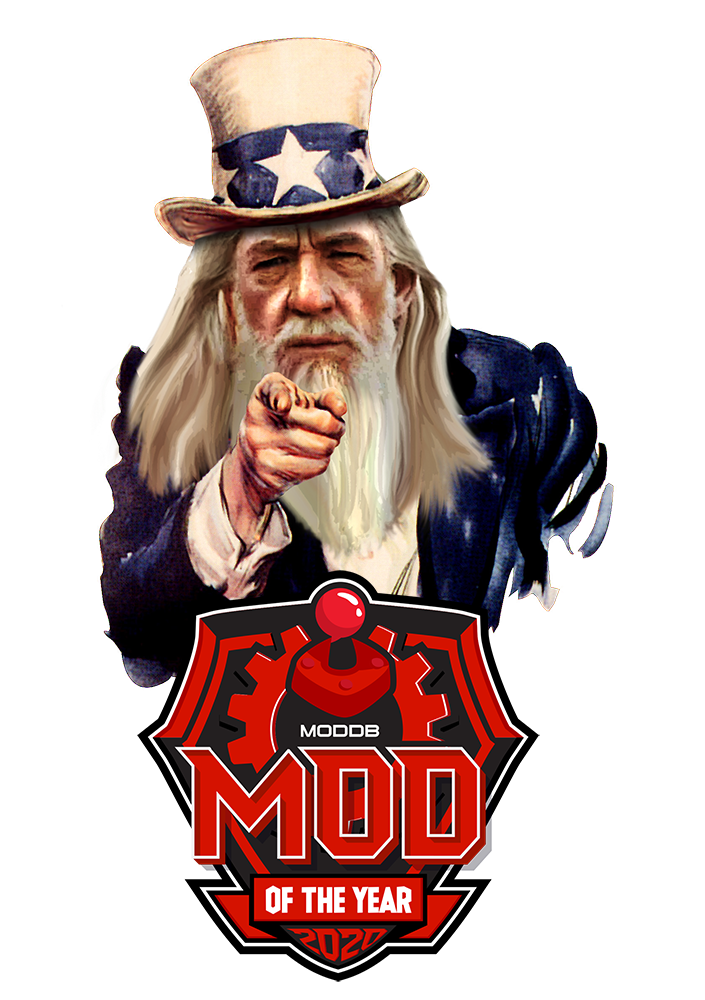 In August 2019, we released version 4.0, which contained our custom-made Fellowship of the Ring campaign. It was the culmination of a lot of grueling work, notably by Fudge, our Campaign Lead. Thankfully, it was received with great affection and enthusiasm by the community. So after a bit of a break, we started development of the obvious sequel: The Two Towers.

That's what this article is previewing. It's not a wordy article like you might be used to from us. We're not discussing objectives or revealing the names or order of the missions. These are all going to be a surprise for when we release this campaign. Feel free to try and figure them out for yourselves, of course. We'd love to see what you come up with. 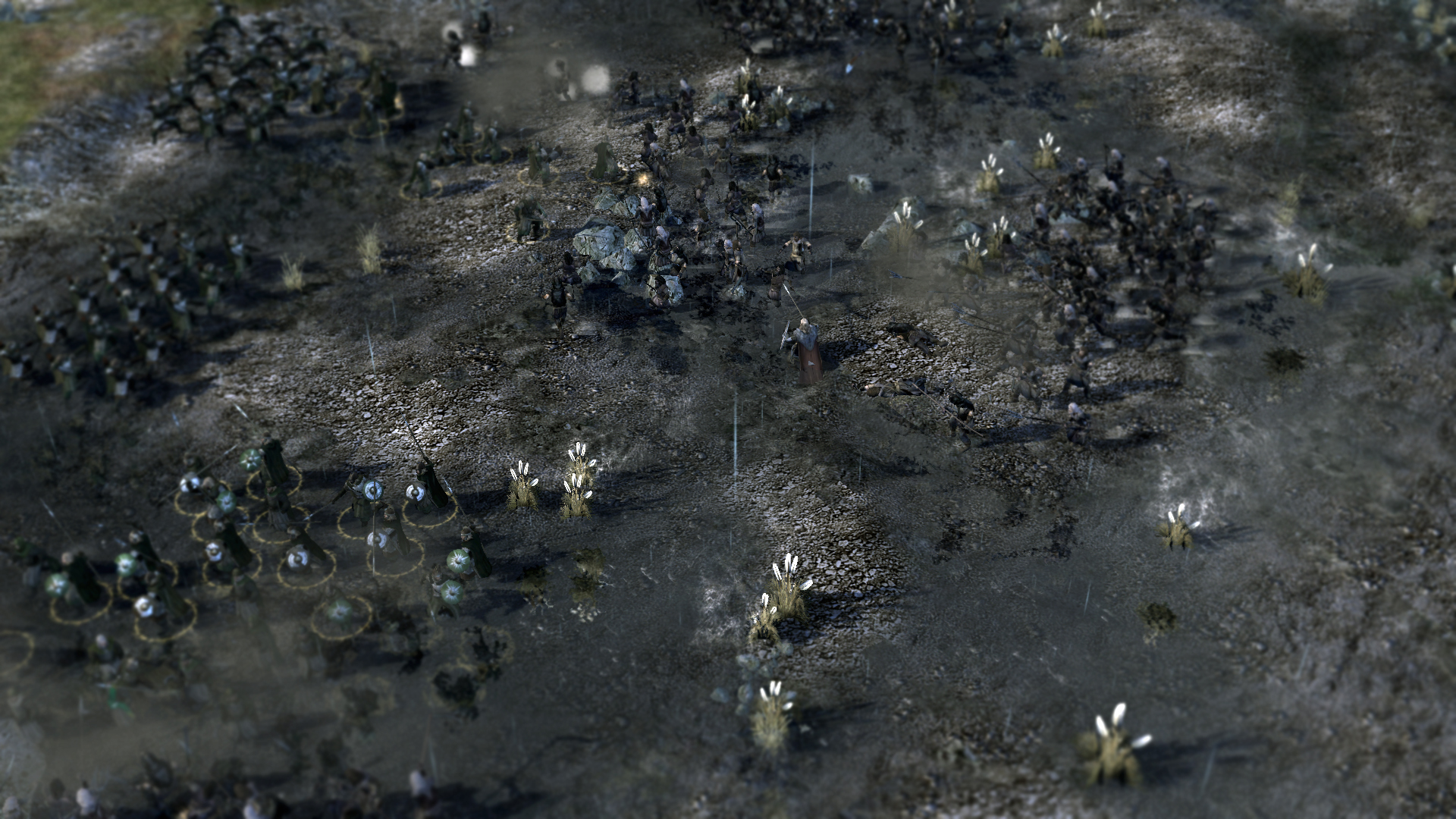 Men of Rohan fight a fateful battle at a river's ford...

Like the previous missions, these upcoming missions will be entirely new. Like before, we are adding new things to the story wherever they seem appropriate, and incorporating as much AotR canon as possible. Additionally, we are greatly increasing the number of specially made, custom assets, so each mission will look and feel unique compared to skirmish games. 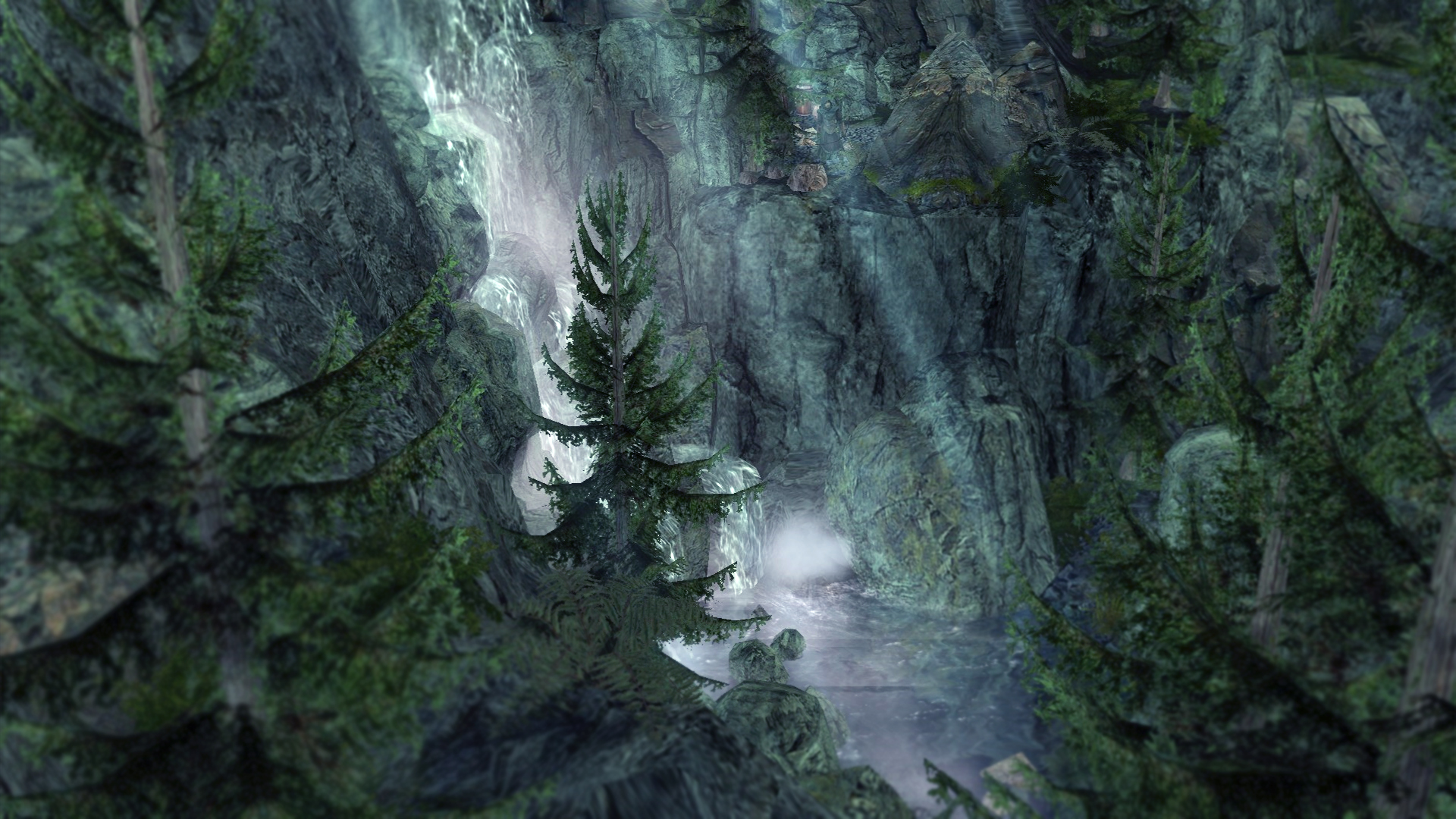 An Ithilien ranger looks out from a hidden refuge... 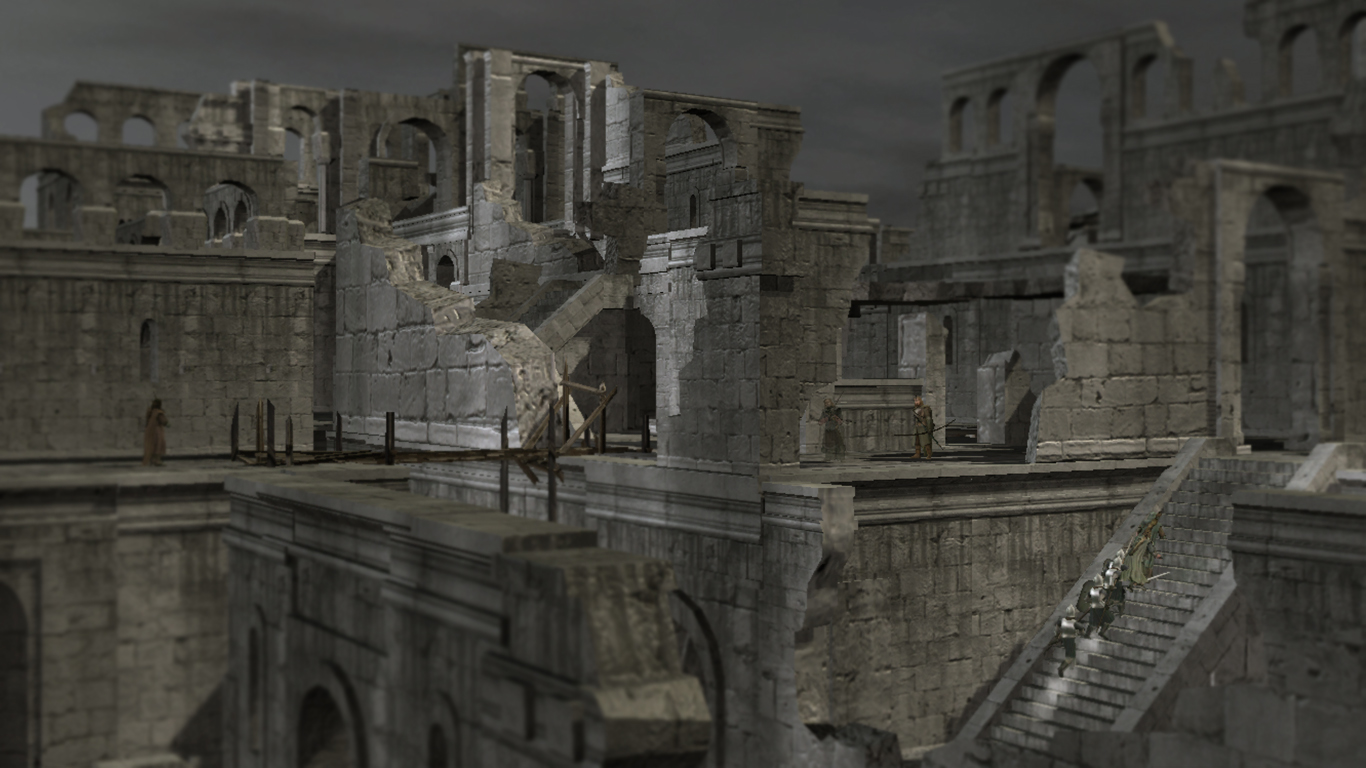 Men of Gondor rally to the defense of a city under attack...

The Two Towers campaign will cover familiar events (sometimes from a new perspective), but will also let you experience parts of the story that have never been translated to a video game before. 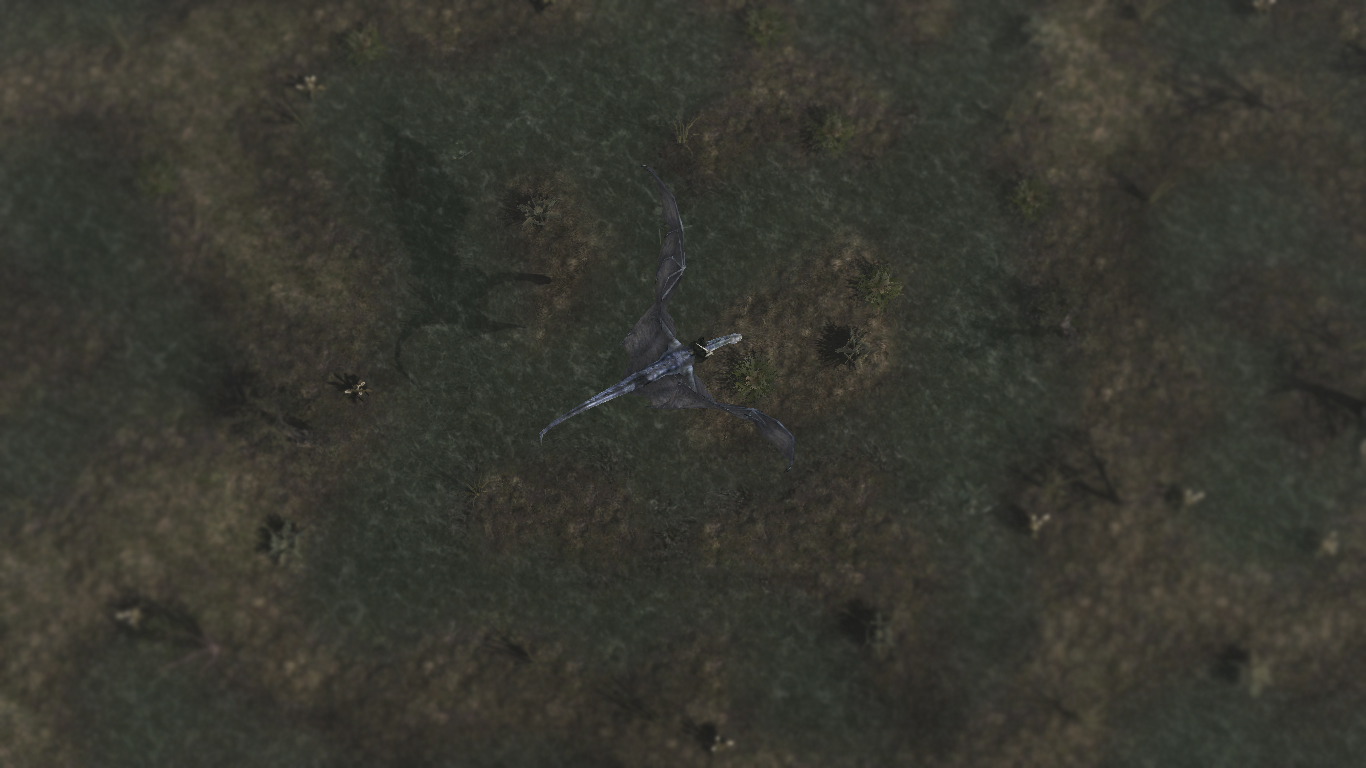 Each of these missions is in development. We are continuing the trend of challenging, strategic gameplay that we started during the Fellowship of the Ring, so remember to save often! 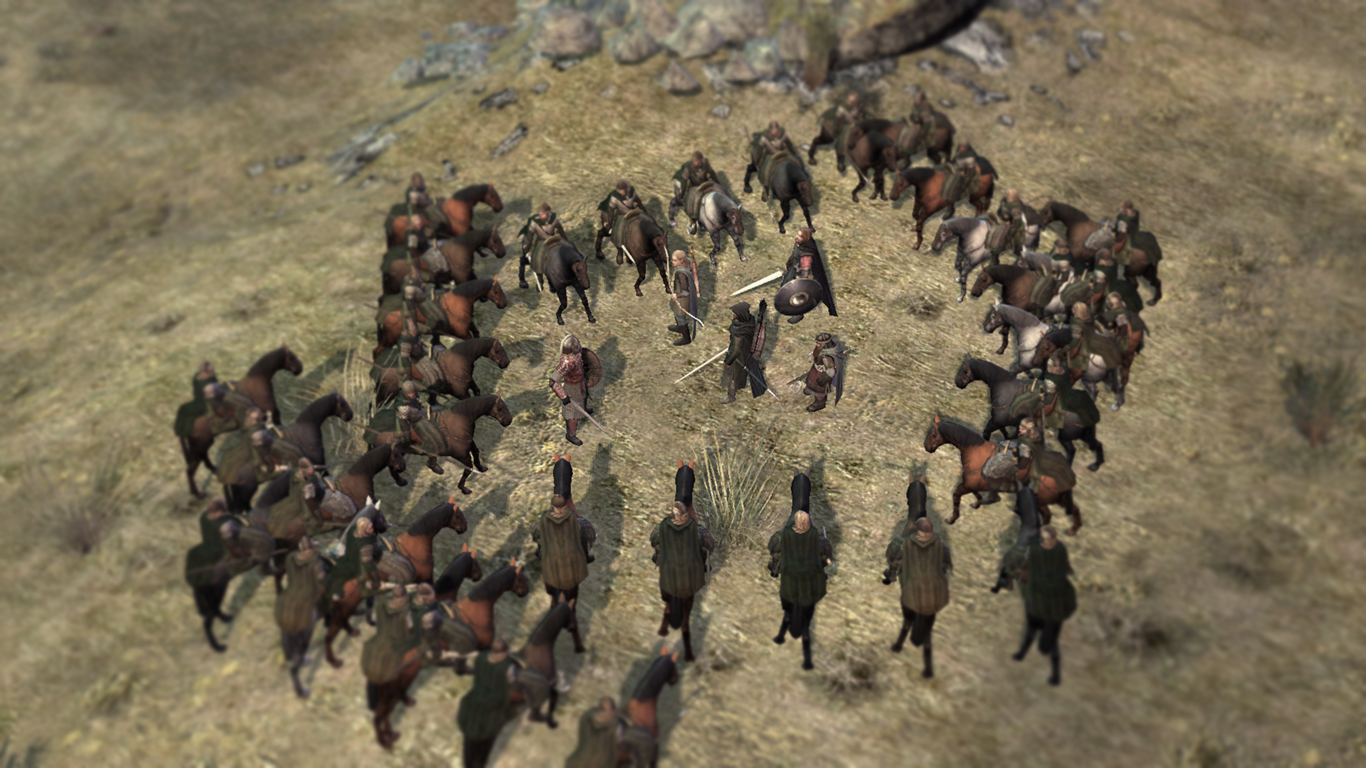 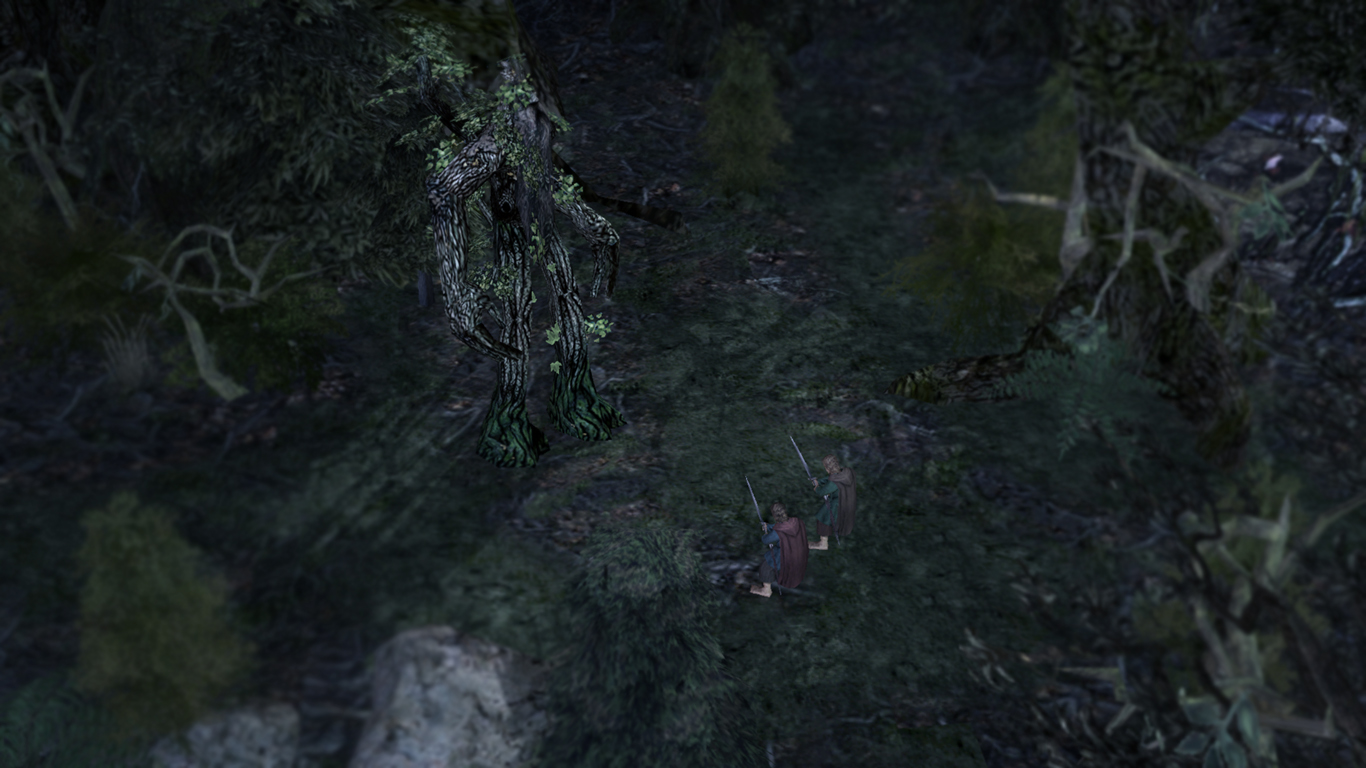 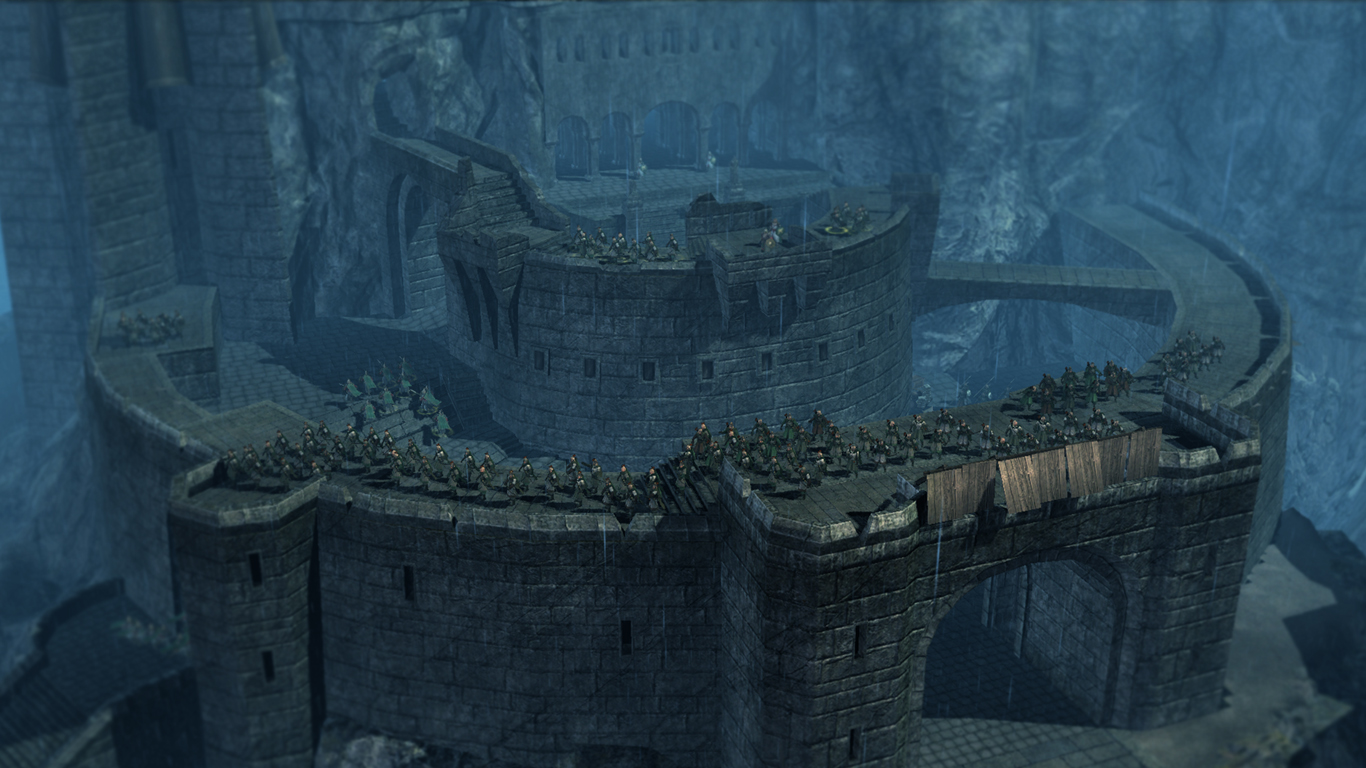 helm deep looks fantastic!! i am in love!

So a Ford of Isen mission, Gap of Rohan, Ithilien, Osgiliath, Fangorn, Dead Marshes, Helms Deep and fall of Isengard should be the last one then.

This is so well done thank you for your hard work

Looks beautiful - thank you for doing this!

What can man do against such stellar work?
Ride out and comment!
For personal attention?
For the creators! For the fanbase!
The posts are rising.
Look to the update, on the first light of the fifth day. At dawn, look to the East!

I can't wait to continue with the what if story with Boromir alive still :) and that Helms deep is breathtaking.

I understand you want to keep the campaign details a surprise for now but can you give us a hint on how many missions there will be for TTT? As many as FotR (10) or more/fewer?
Keep up the good work!

Omg that Helm's Deep is everything I ever wanted!! Can't wait for this!

hi you are doing a great jod !!!! thank you for everything from greece

The "PS:" picture KNOCKED ME OUT!!!
HOW DARE YALL MAKE SOMETHING SO GOOD!

Can't wait to try out the new campaign, it's incredible!

when you will release this mod?

Really hyped for this, the FotR campaign was superb! keep up the awesome work, you are doing Eru Ilúvatar's work ;)

Can we get the updates on TFOTR campaing too? Please, that would be betond ideal.

Thanks, I know you may already have considered it

We aren't really intending to do much at all to the FOTR? There might be a few tweaks or bug fixes but nothing major.

Corrigan, baby!
you will make more team points for hiring units on the fortress maps, 1000 is too small to fight back against the enemy, is it possible to raise this figure to 3000?
it is very difficult to fight back and even more unrealistic to win, I can't even reach the Marshall fortress:D

and a question about your new Helma Fortress map, will it be in the battle maps?

when does it release?

You shouldn't ask. But soon.

why shouldn't I ask?

Because it says on the summary page in large bold letters "Note: there are no release dates for future updates, so please don't ask."

i have the latest aotr version.. where do you find this campaign? have seen it accidentally thx to guy of the east on youtube