We're a team consisting of experienced modders, based at the3rdage.net.

This mod is a campaign mod, that means there will be no new factions.

FIRST RELEASE:
Mission 1: The Trollshaws
Mission 2: The Warg Chase
Mission 3: Attack upon Rivendell
Mission 4: Over Hill
Mission 5: Under Hill
Mission 6: Out of the Frying Pan, Into the Fire

Depending on the success of these releases, we will work on additional ones to cover the rest of the story.

When we began development of version 8.0, we decided to dedicate a lot of time and effort into its map pool. Haradwaith being a largely unexplored region in Middle-earth, we're imbuing it with as much character, history, and atmosphere as we can, alluding to ancient, long-forgotten tribes of Men through the strange ruins and tombs they left behind, emphasizing its exotic nature by including new animals and trees, and showing its legion of unknown dangers by adding new creeps and monsters to roam its environments.

Hundreds of new map props have been produced for 8.0, with many more to come. These maps will look unlike any that you've seen in BFME2 before.

A region of deep gorges lined by red cliffs, Dûsalan lies in western Far Harad. Full of hiding places and with the occasional pool of clear water, the region is infested by bandits. 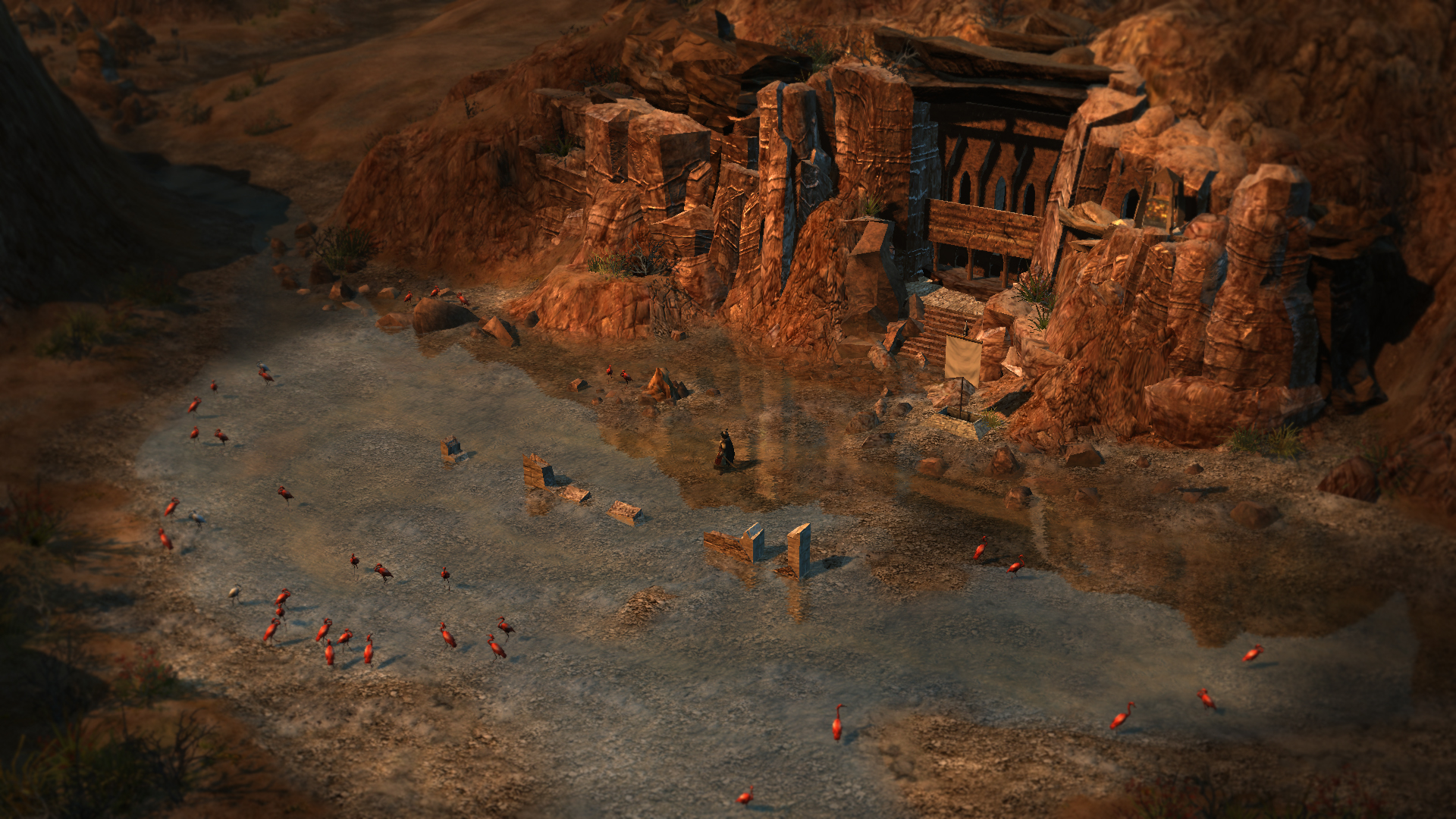 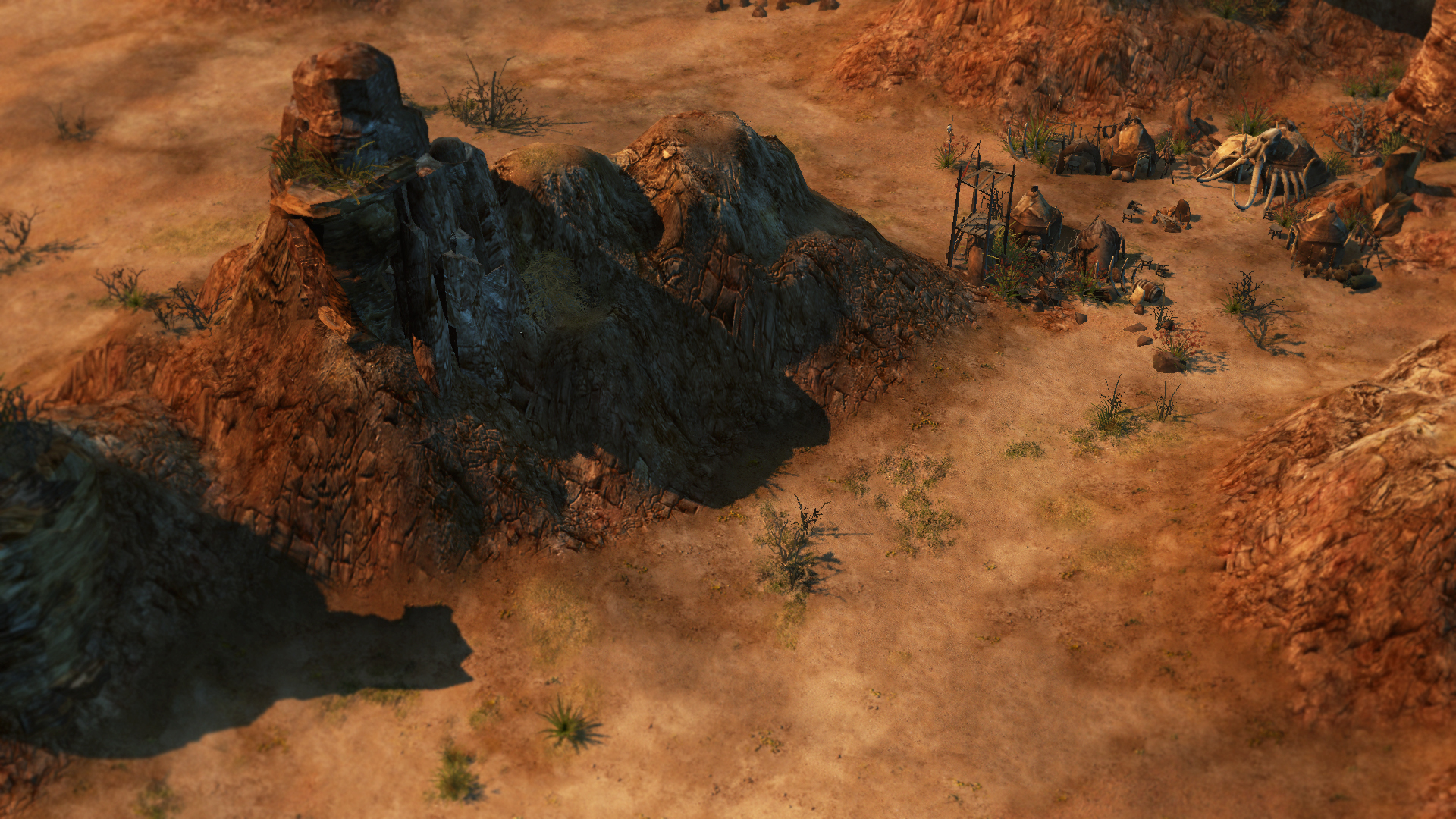 There are bandit camps dotted throughout Dûsalan. Defeat their inhabitants to claim their treasure

The White Pillar once stood at the high point of the coastal headland overlooking Umbar. A monument to the landing of the Númenórean fleet and humbling of Sauron in the Second Age, it was later cast down following the Dark Lord's dominion over Umbar. 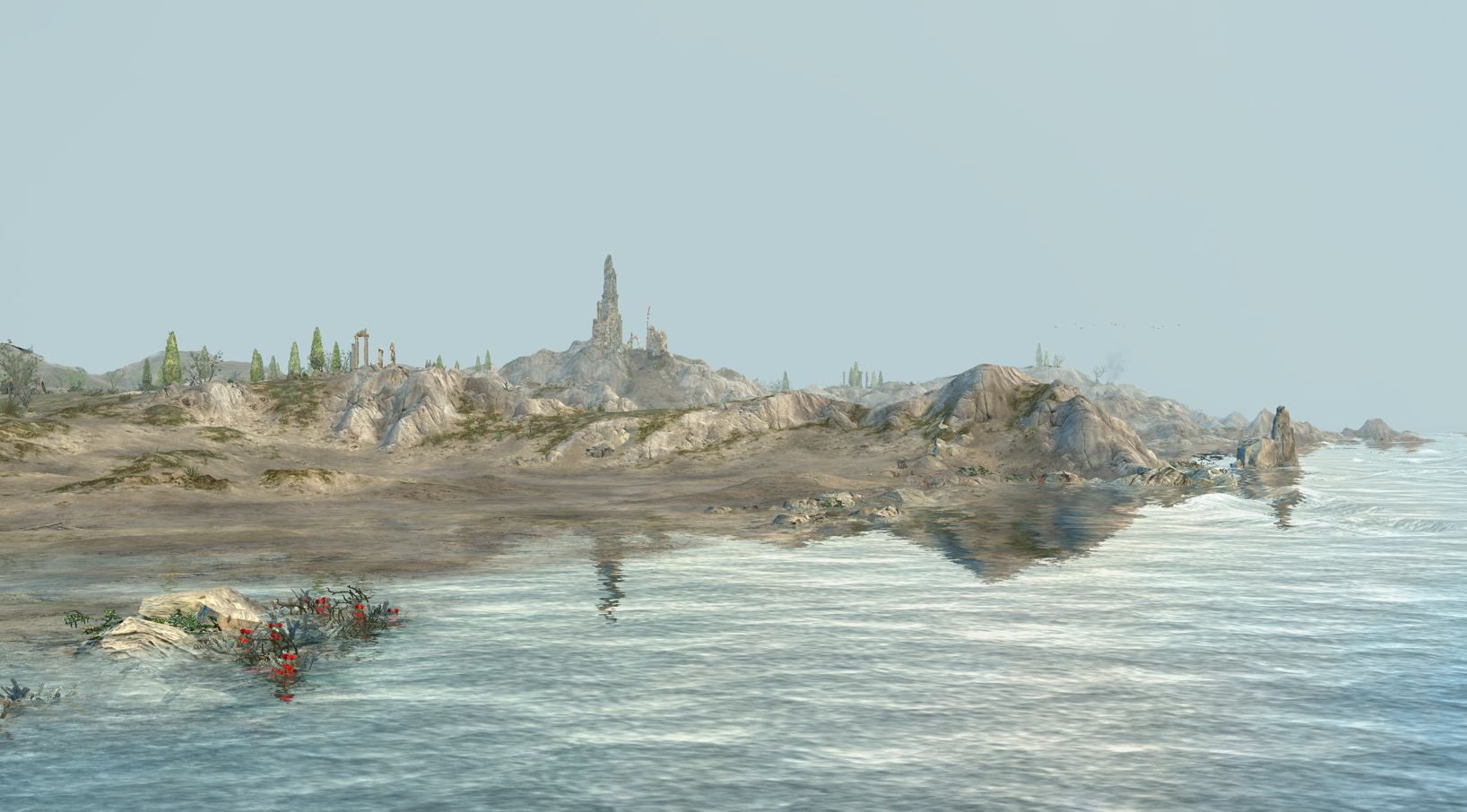 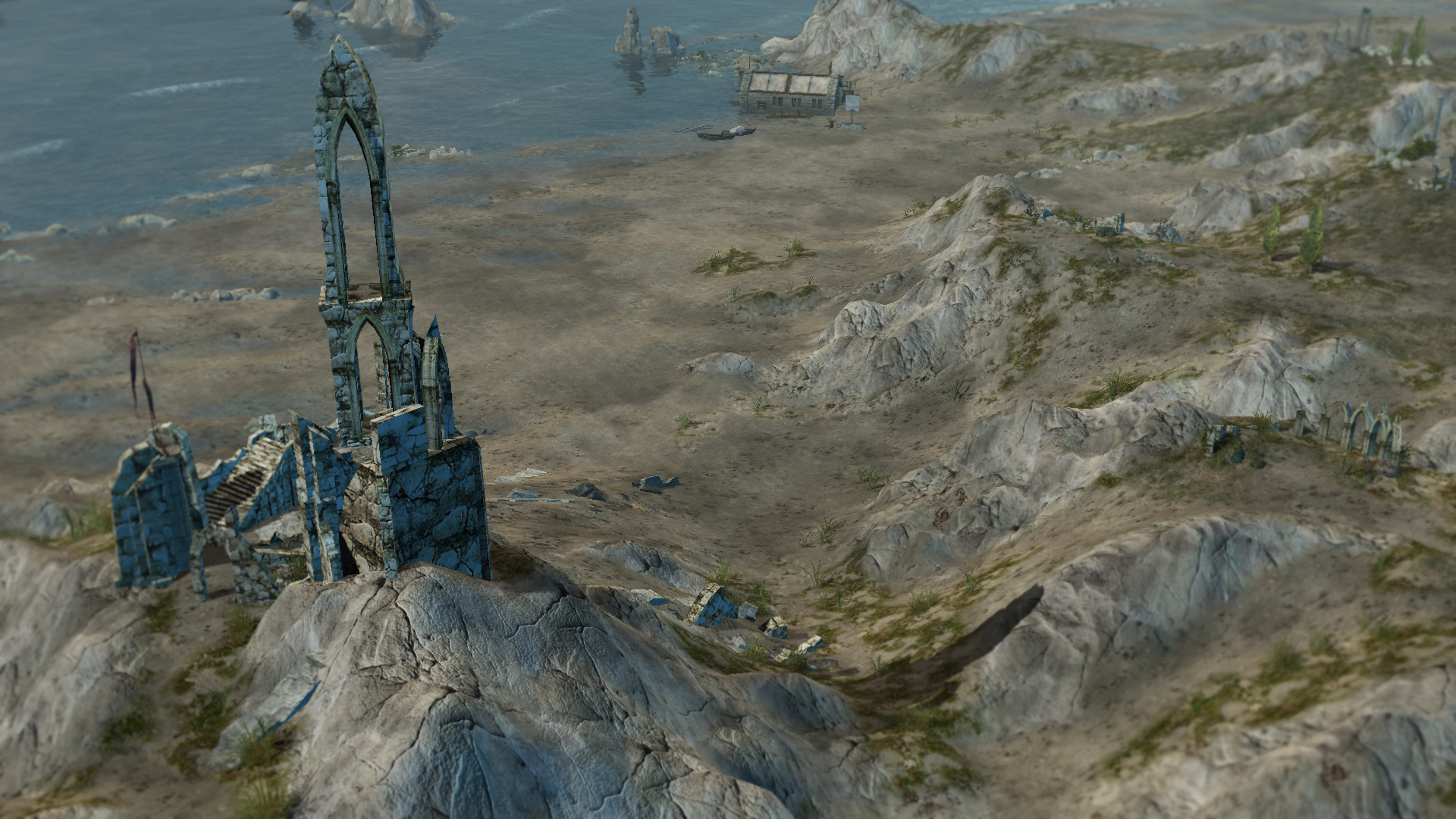 Built around a marvelous oasis in the center of Near Harad, Hîdar was founded by the Númenóreans of old but has since changed hands many times, for he that holds Hîdar holds sway over all the lands of Near Harad. 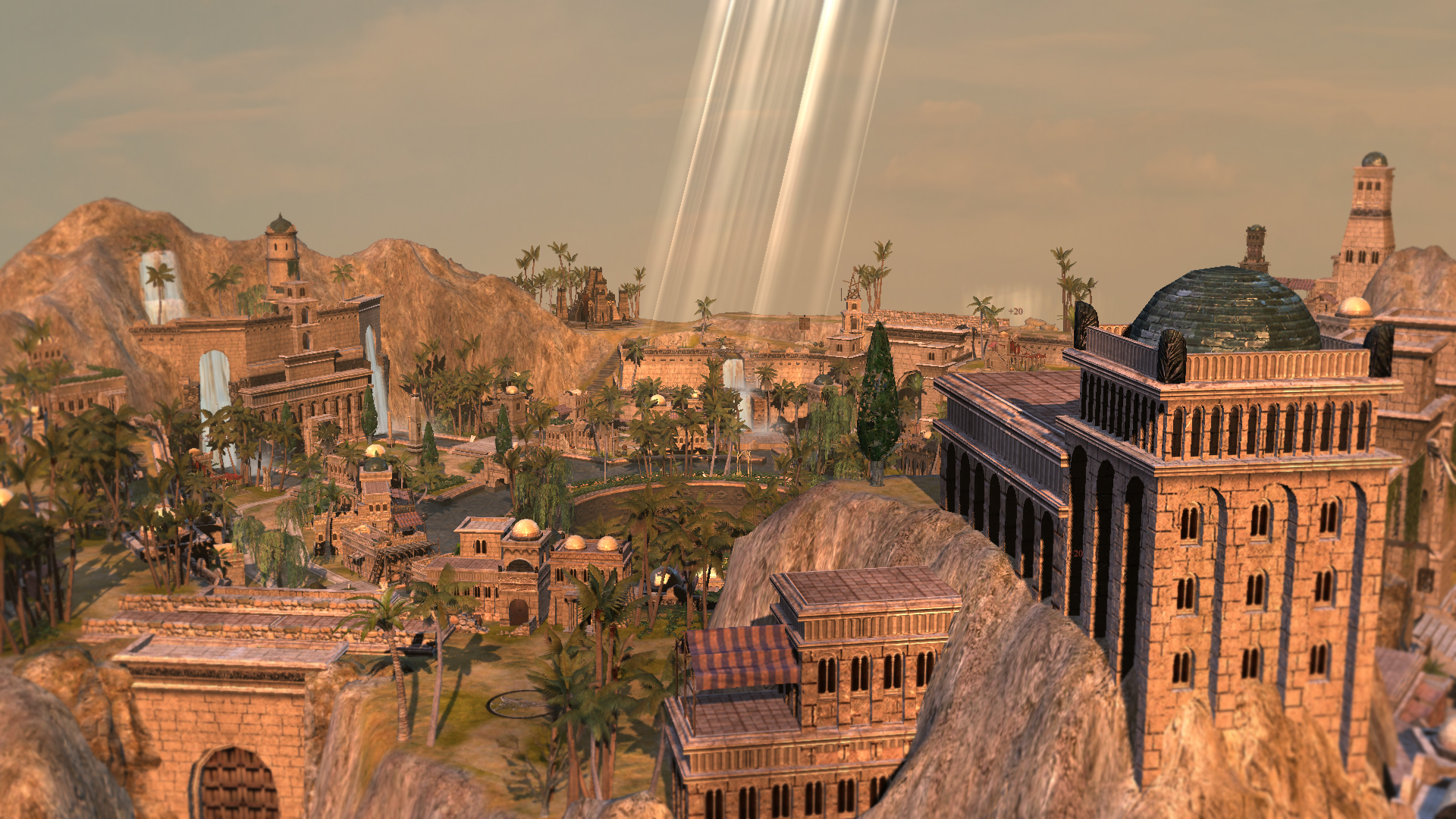 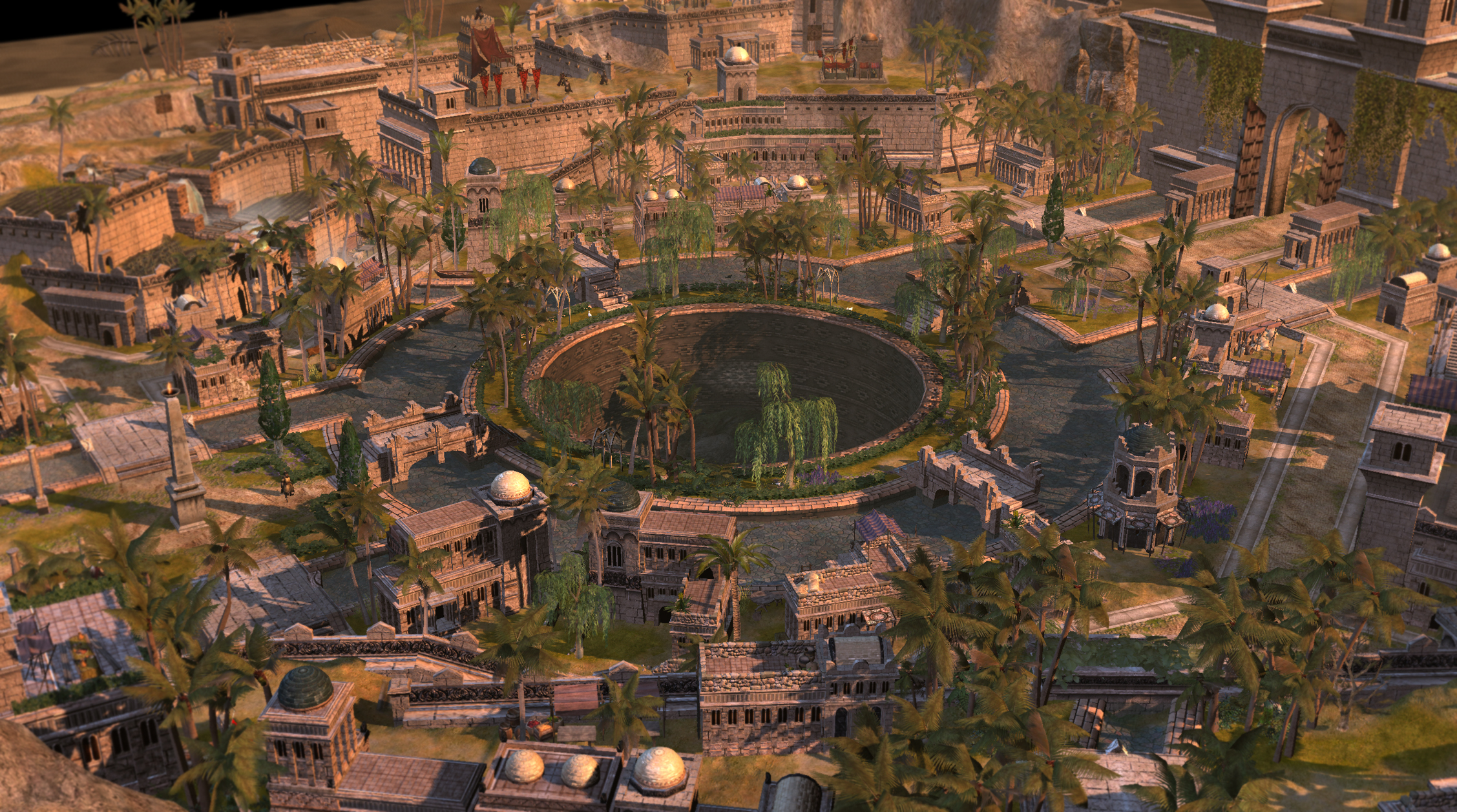 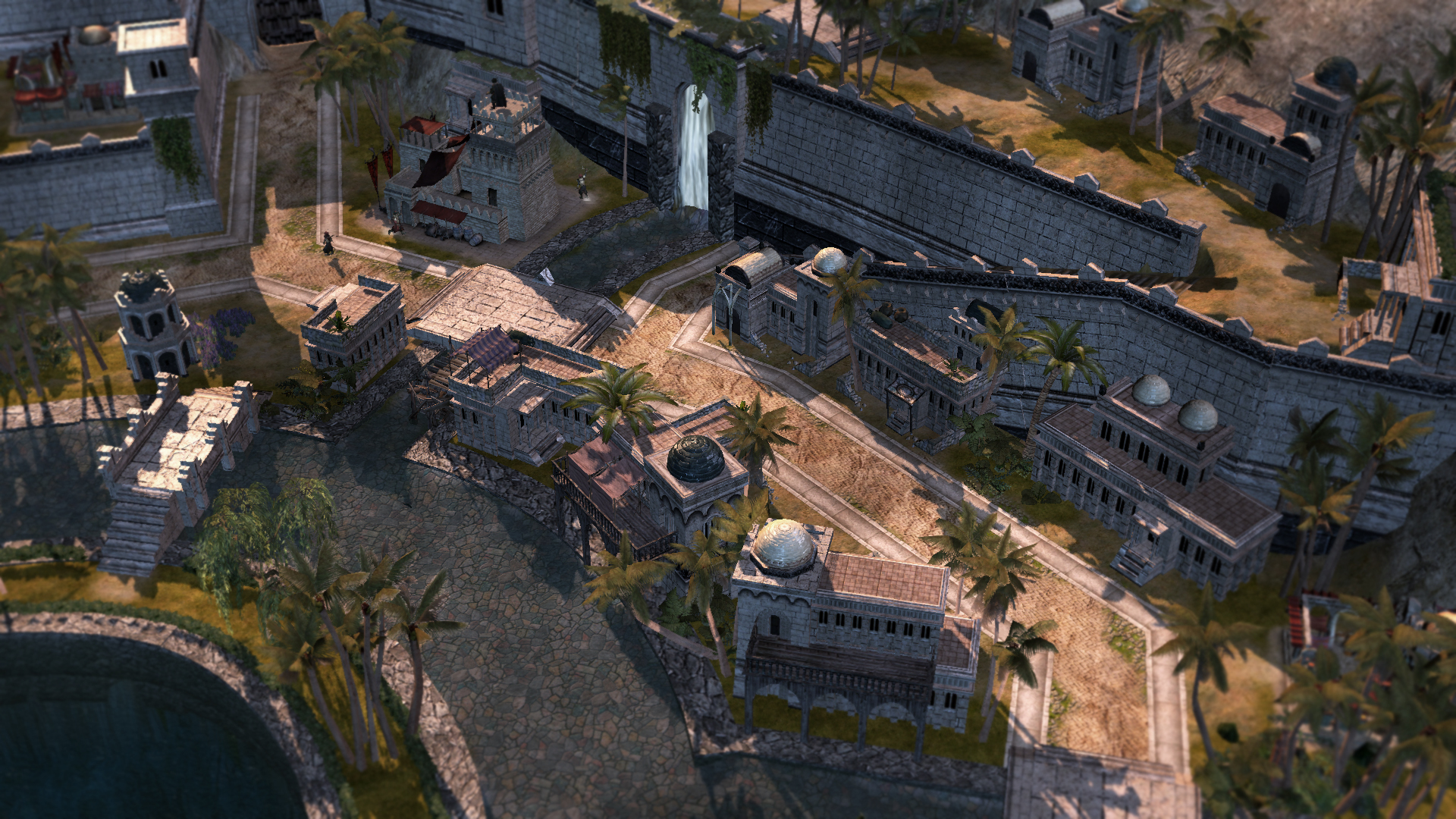 Hîdar is a lush, green paradise amidst a burning desert land

One of three maps that will feature Abrakhân, the Tombs of Abrakhân is set on the outskirts of the ruined city, situated in the furthest reaches of the south of Middle-earth, amidst the many tombs of the nobility that once ruled it, including the great tomb of the Golden King himself. 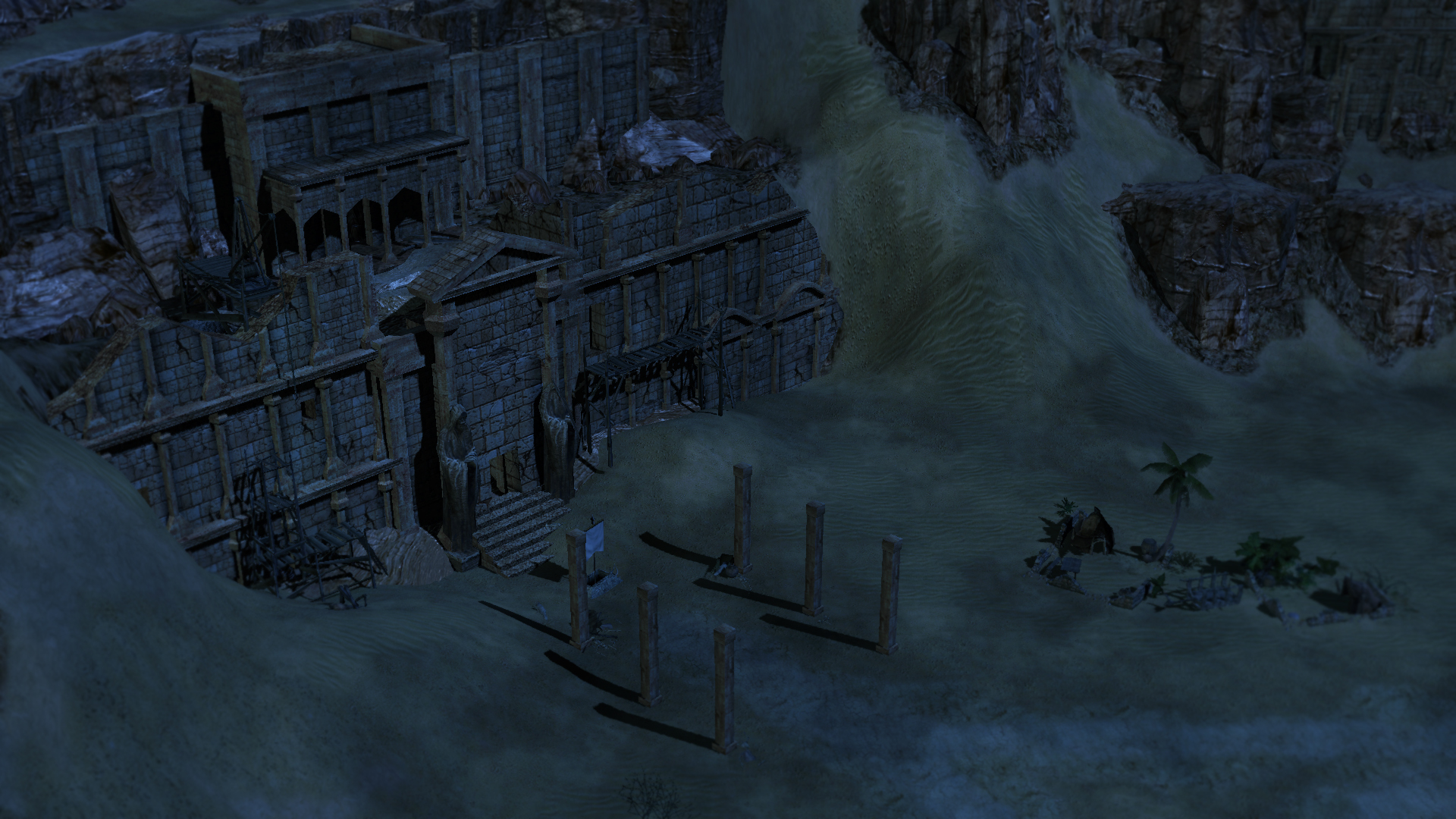 The tomb of the Golden King lies empty beneath the clear stars of the south... 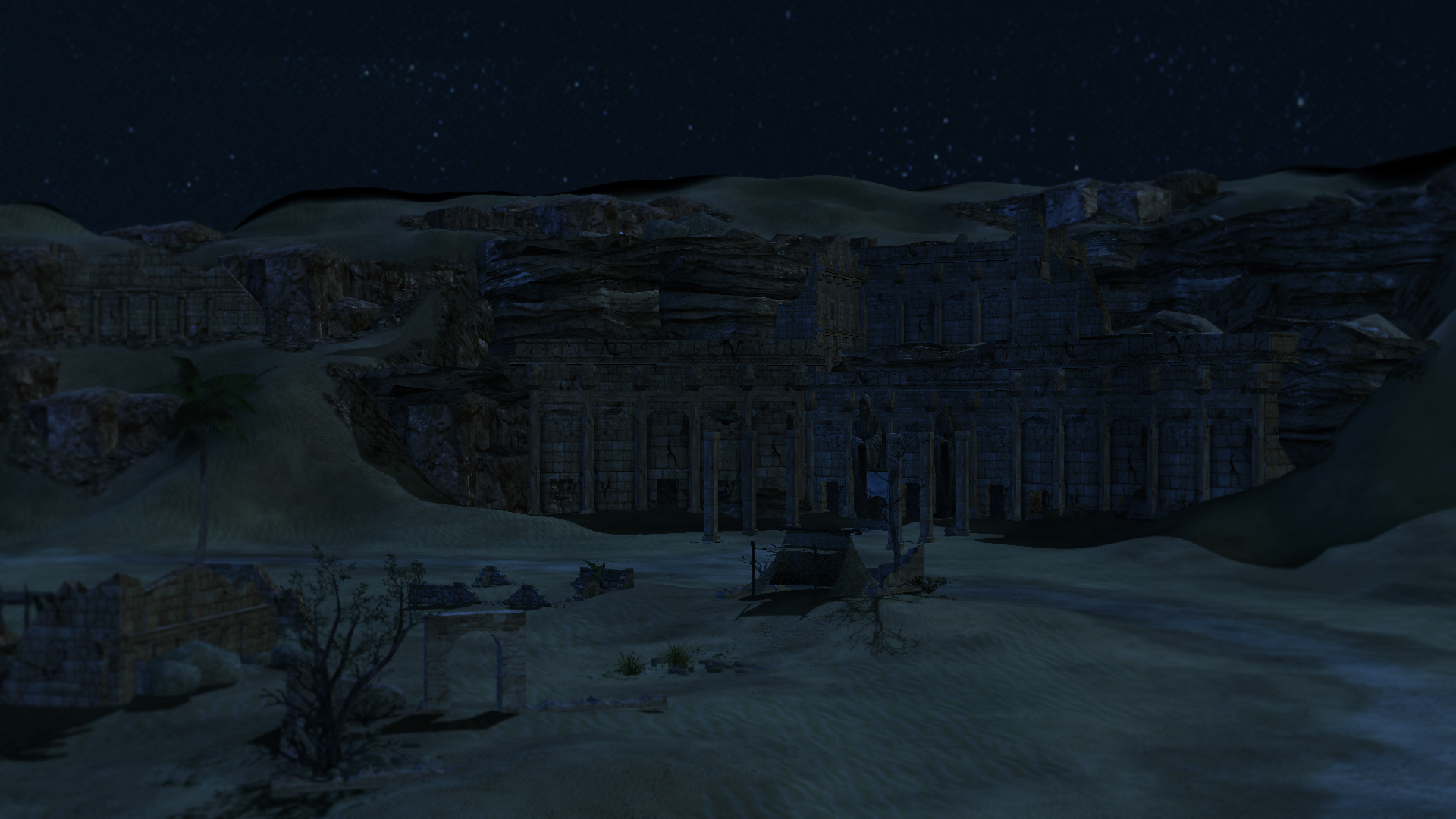 Hidden deep within the Nâfarati jungle, the Temple of Kârna is protected by a secret order of warriors. Some say that rather than keeping strangers out, they are keeping something even stranger in... 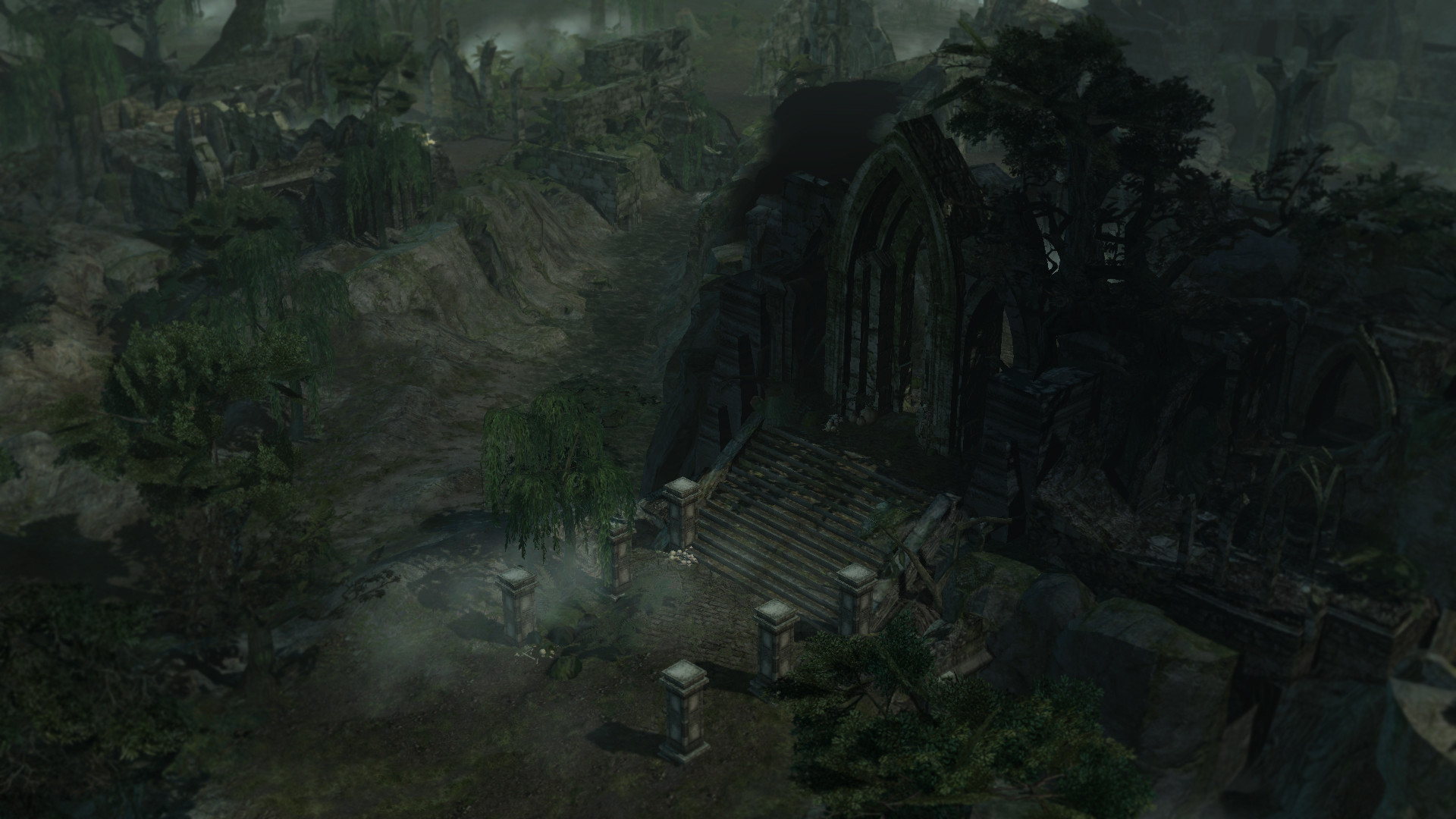 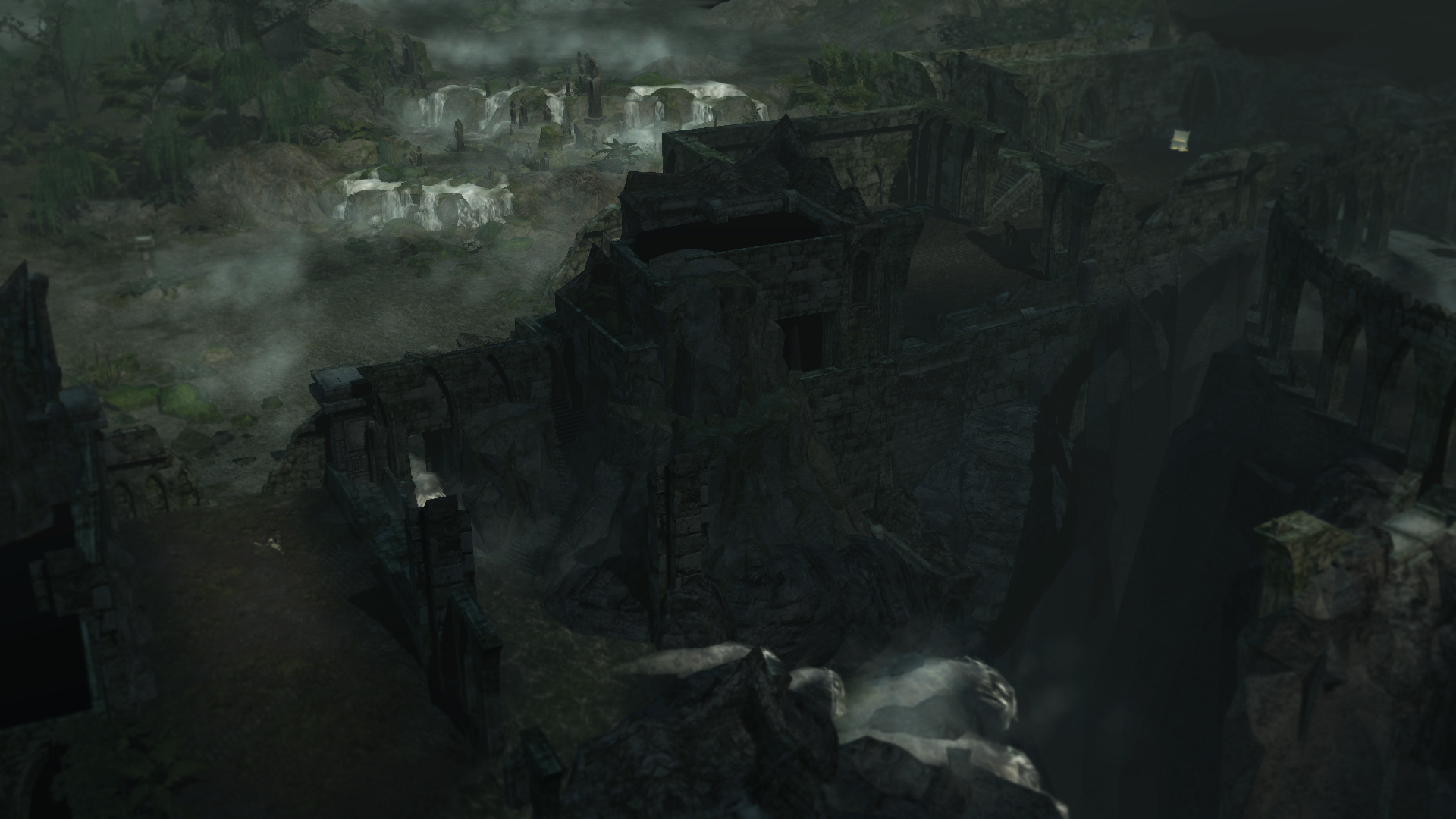 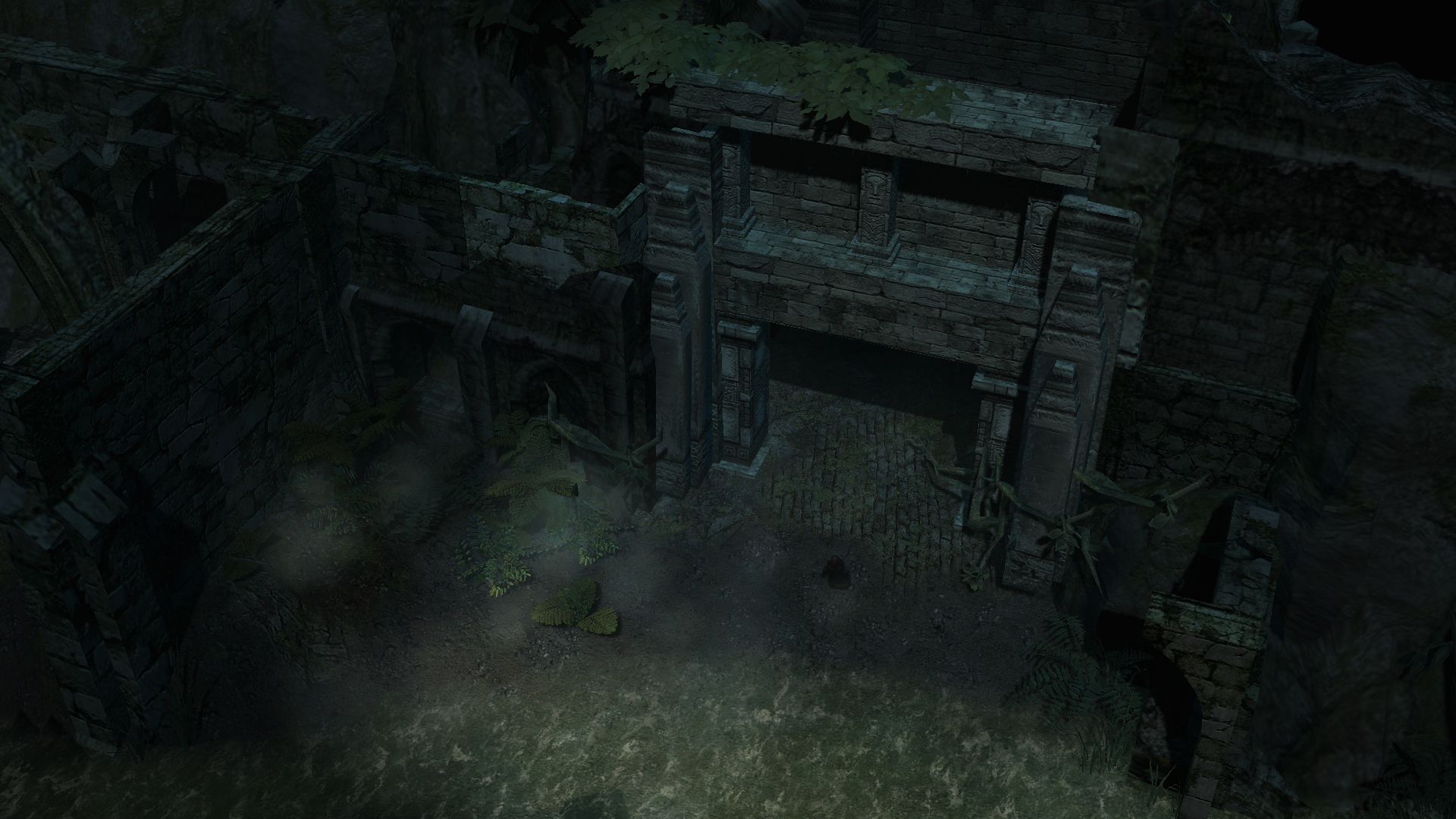 There is evil there that does not sleep...

This lush river delta separates the arid lands of Harondor, being the place where the mighty Anduin finally meets the shores of Belegaer. Its many villages have long lay abandoned, where they will remain until Sûladan comes to reclaim this land for the Haradrim. 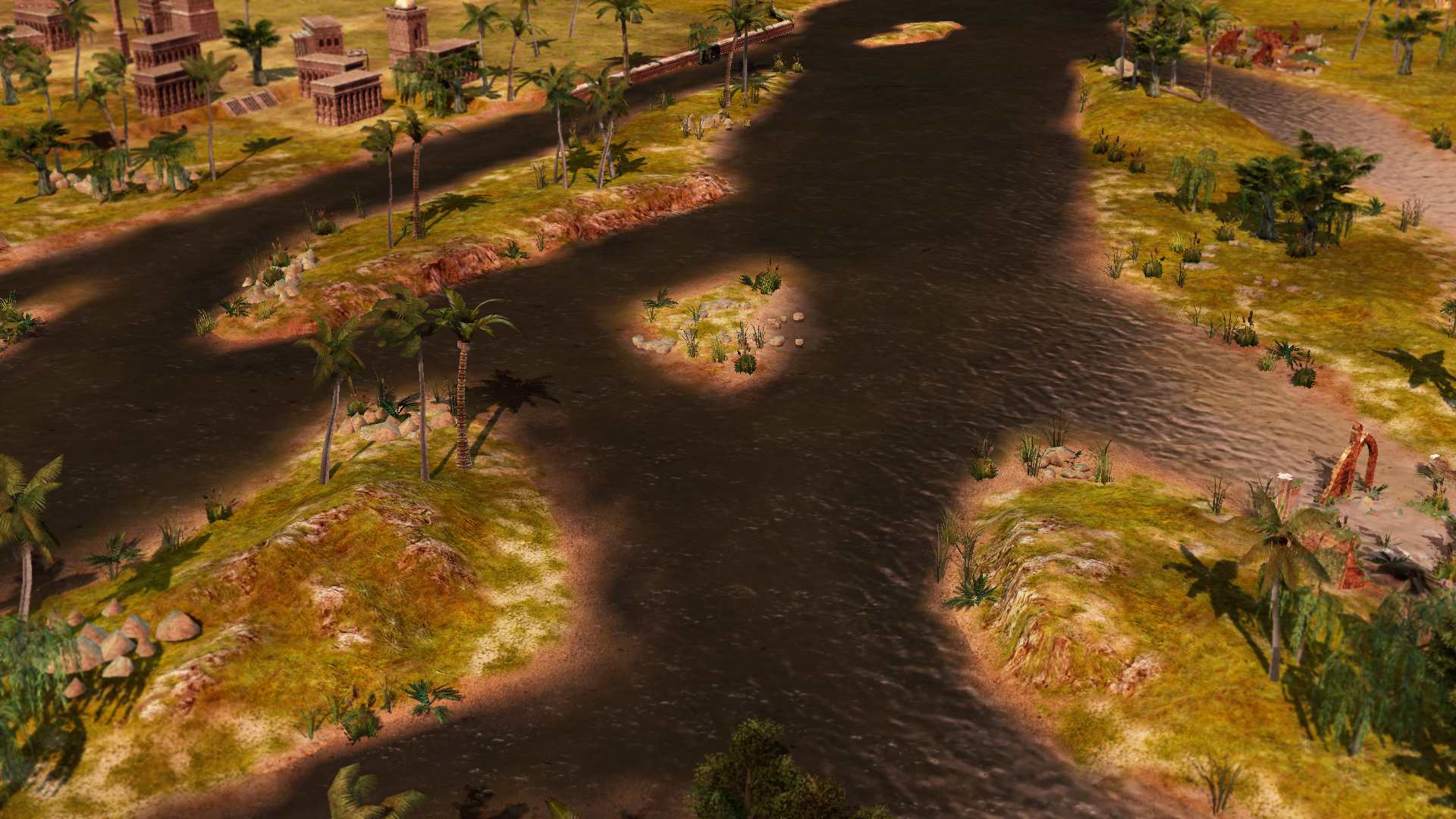 Harad Road was the long road that connected Ithilien and Harad. It is possible that the Road was built or first used by the Gondorians, as Gondor extended its power to the south in the early Third Age. The southernmost part of the Road is not clear, perhaps indicating that in the later years, as Gondor's power diminished, it fell into disuse and had disappeared. 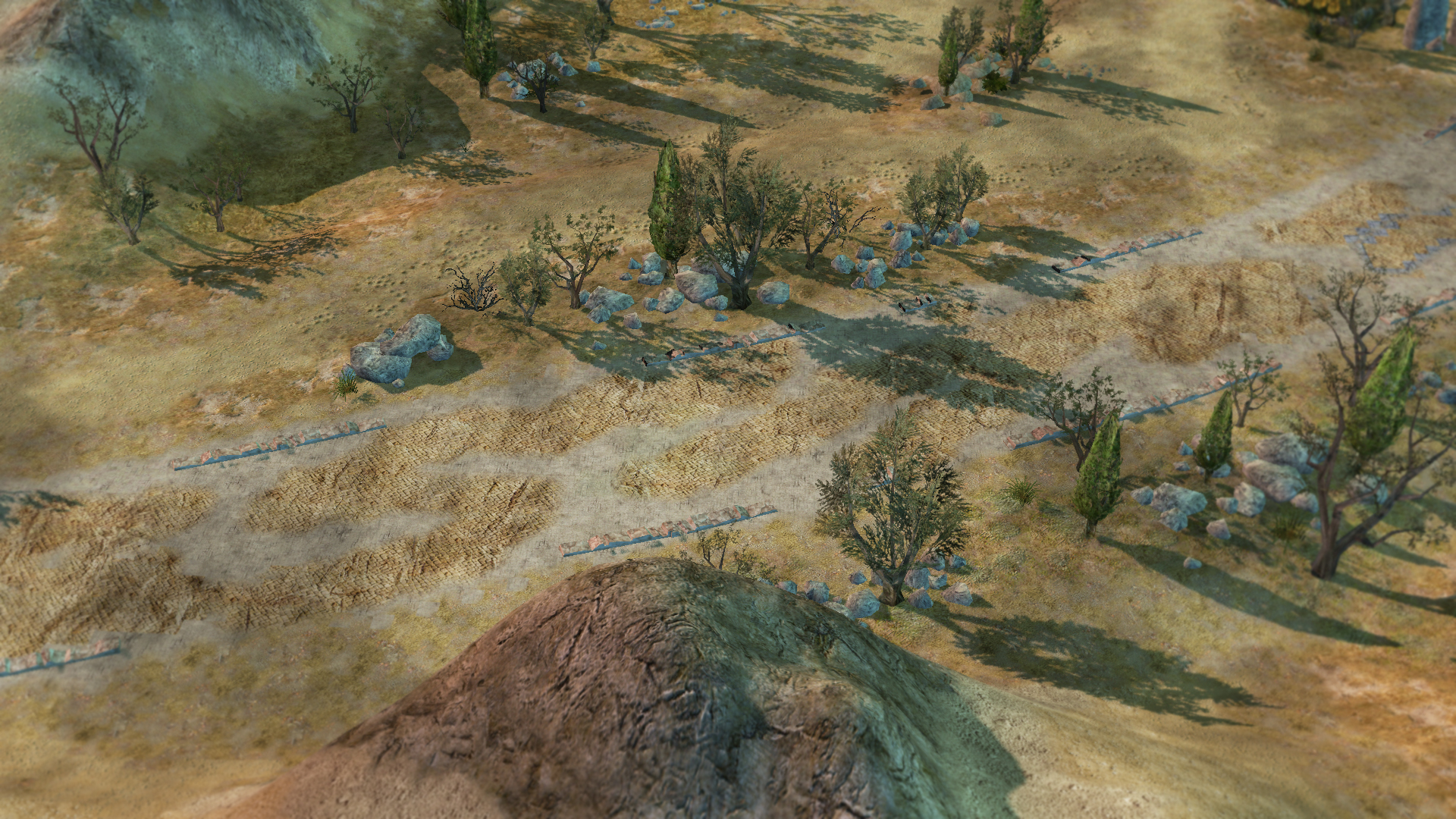 Umbar was located south of the outflow of Anduin at the Bay of Belfalas in a convenient, useful natural haven. The great cape and land-locked firth formed the port. The natives called it "Umbar" and the Númenóreans who discovered it, adopted its name. Though Thorongil sought its utter ruin in years before the War of the Ring, it has since made a spectacular recovery. 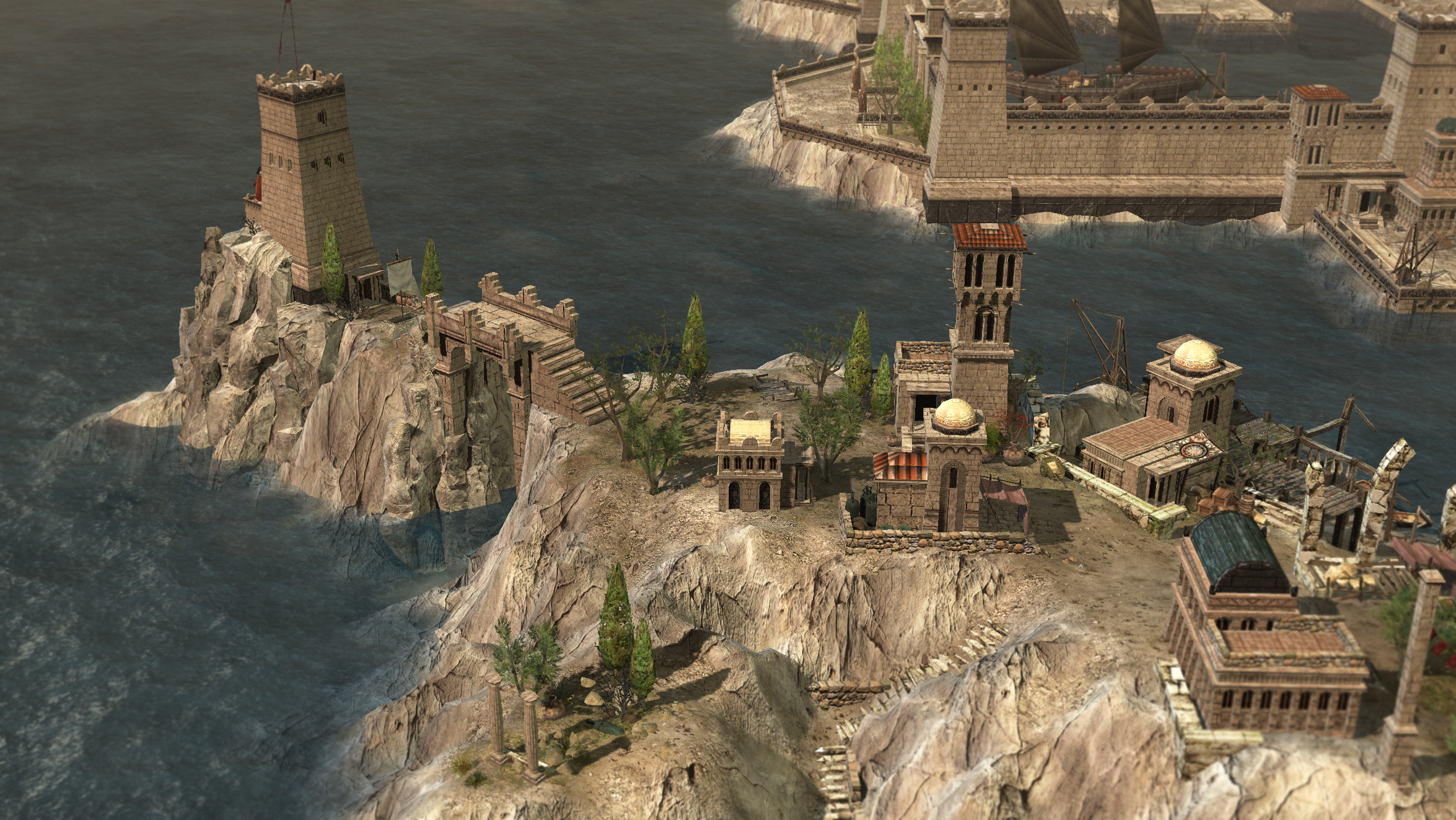 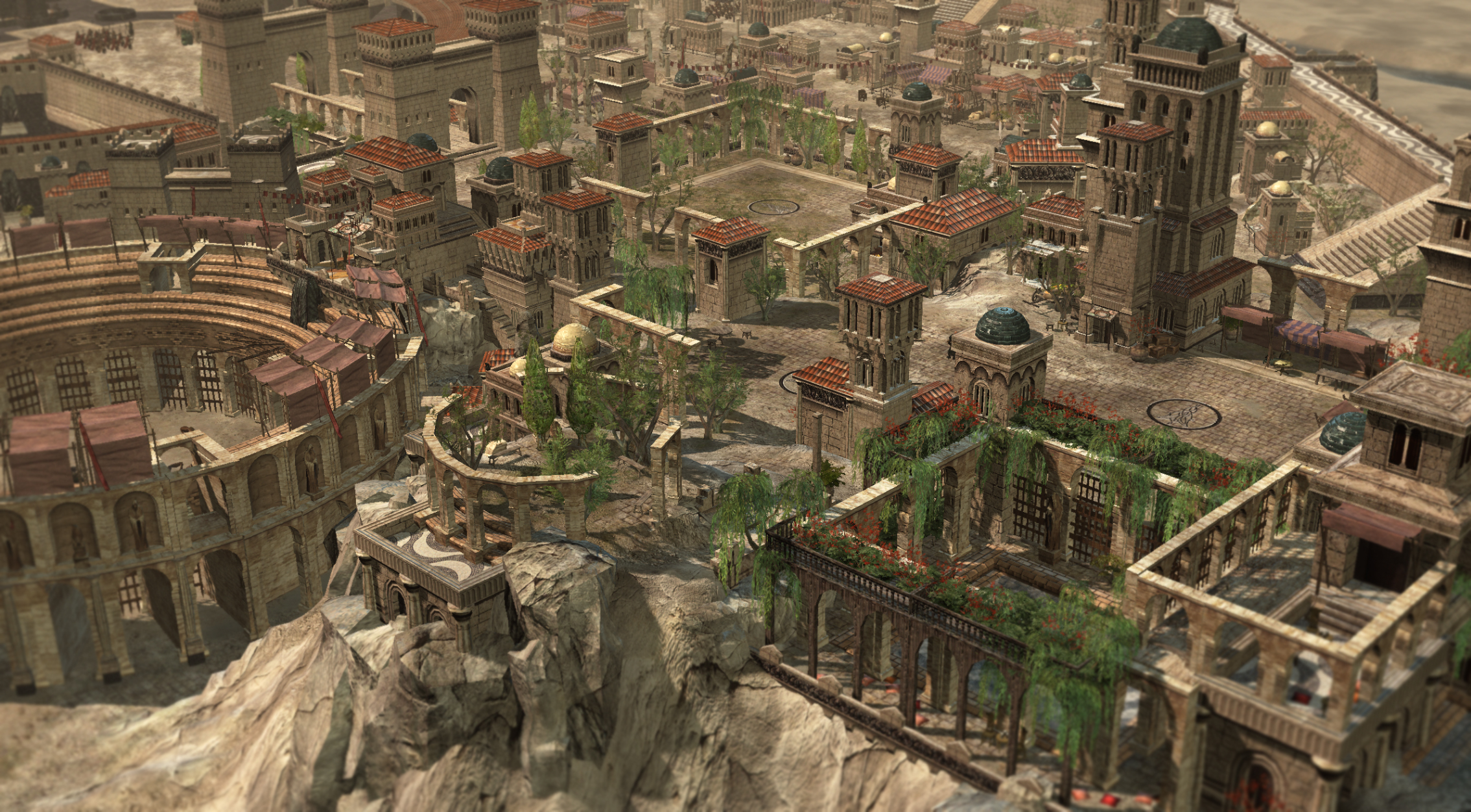 The Haven of Umbar is a bustling city, full of opportunity

The Southern Reaches of Middle-earth are a vast place, inhospitable and dangerous. Its sands ever-shifting, obscuring the sun and removing landmarks within days, few travelers have made it back out. No maps exist of this place. 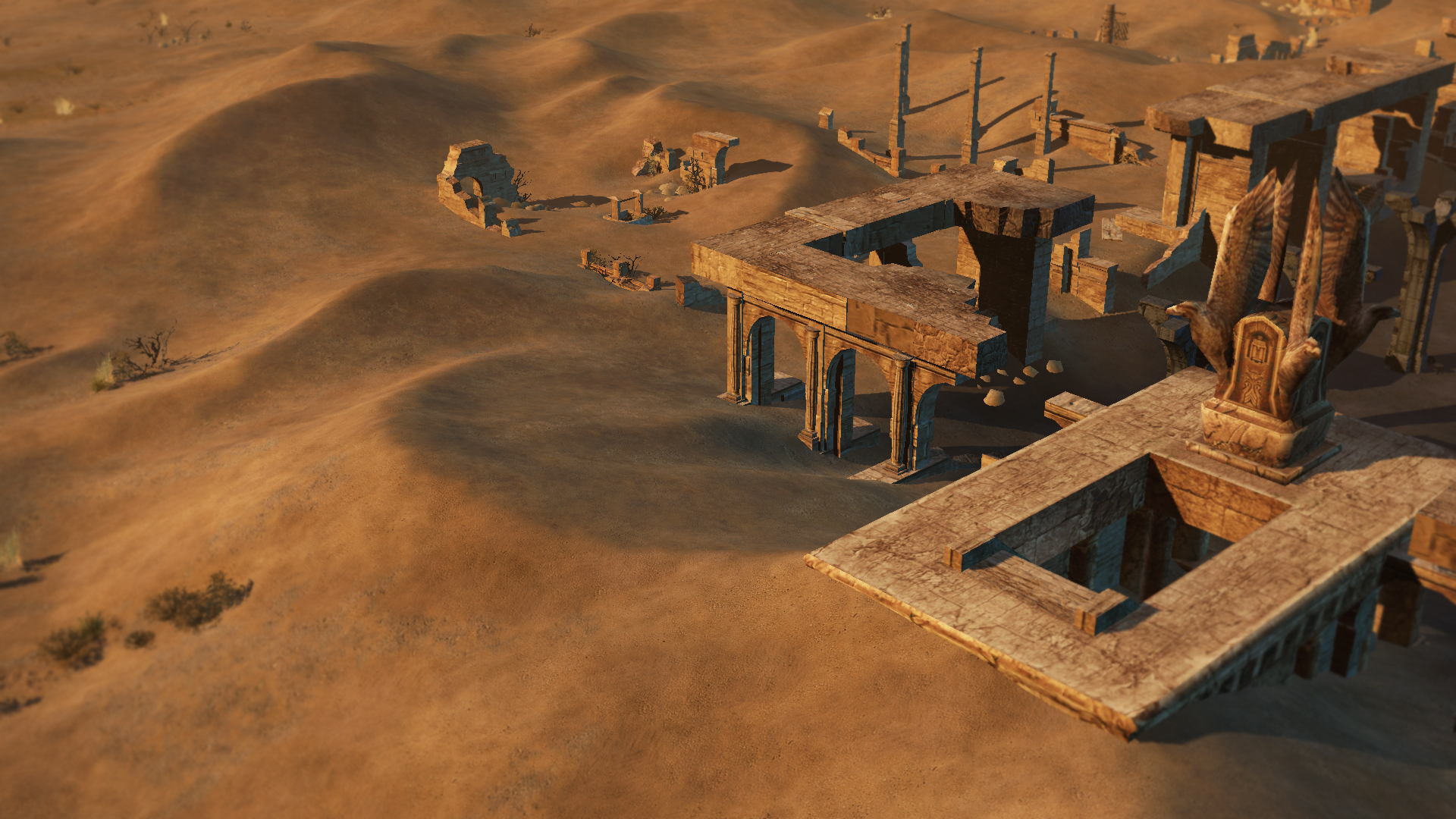 The presence of several giant ruined structures suggests that Azkâhar was not always as it is now...

Departing from the South from a little bit, we've also been working on maps set elsewhere in Middle-earth. Edoras has received a full facelift, featuring many new props and expansions not seen in the films. 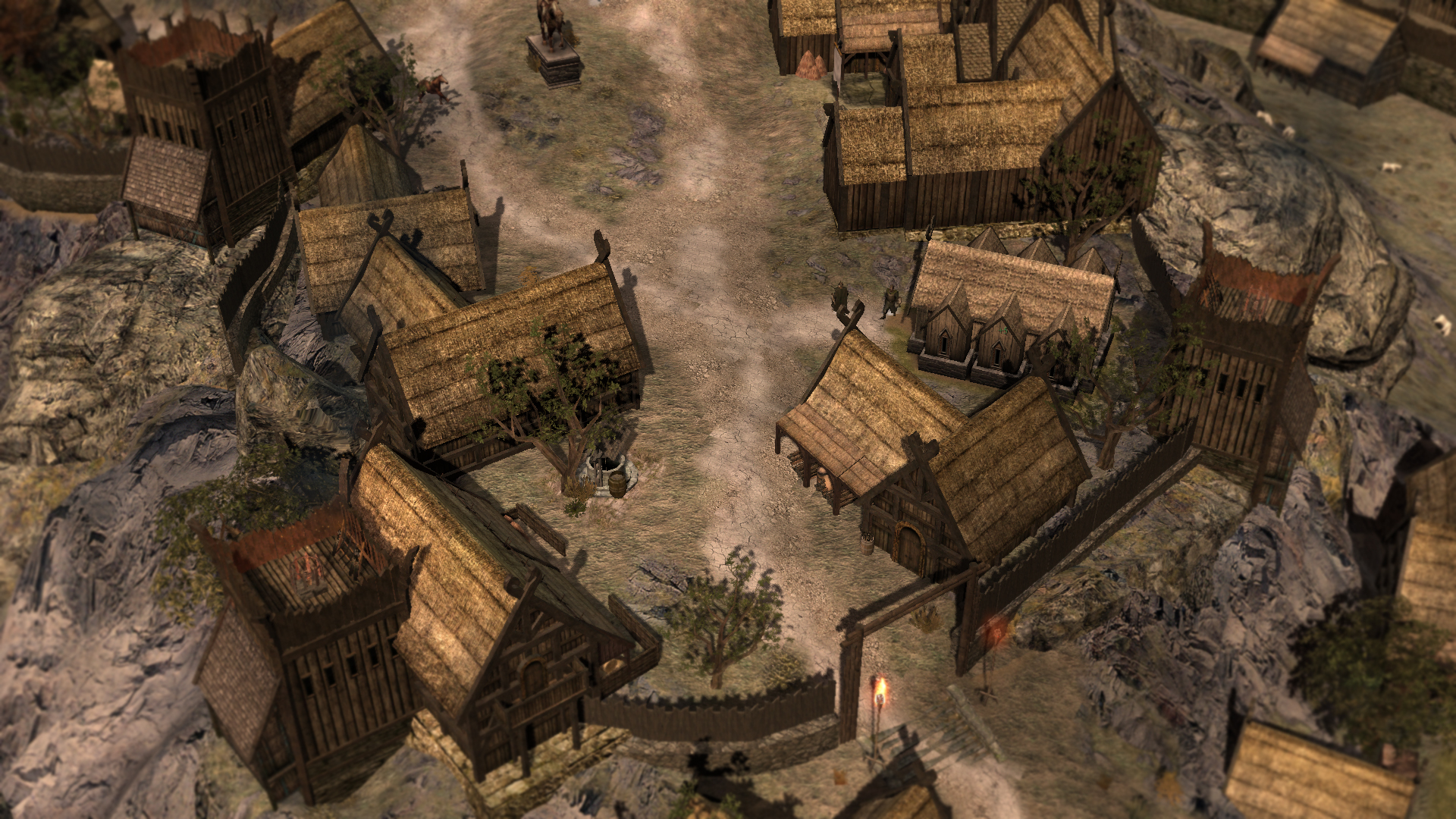 These ancient ruins of the Noldorin elves lie deep within the forests of Lindon, undisturbed throughout the turmoil of the passing ages. 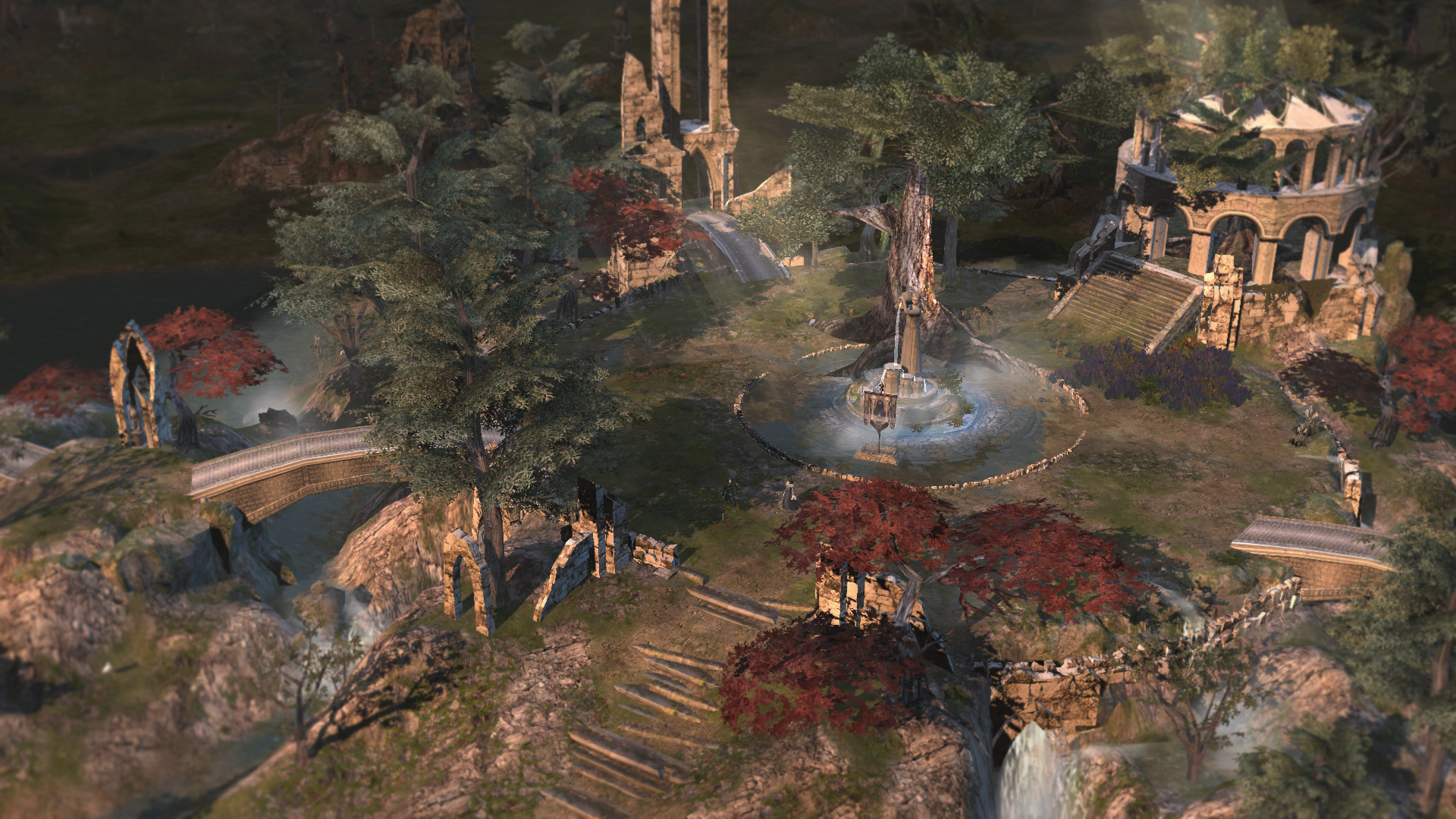 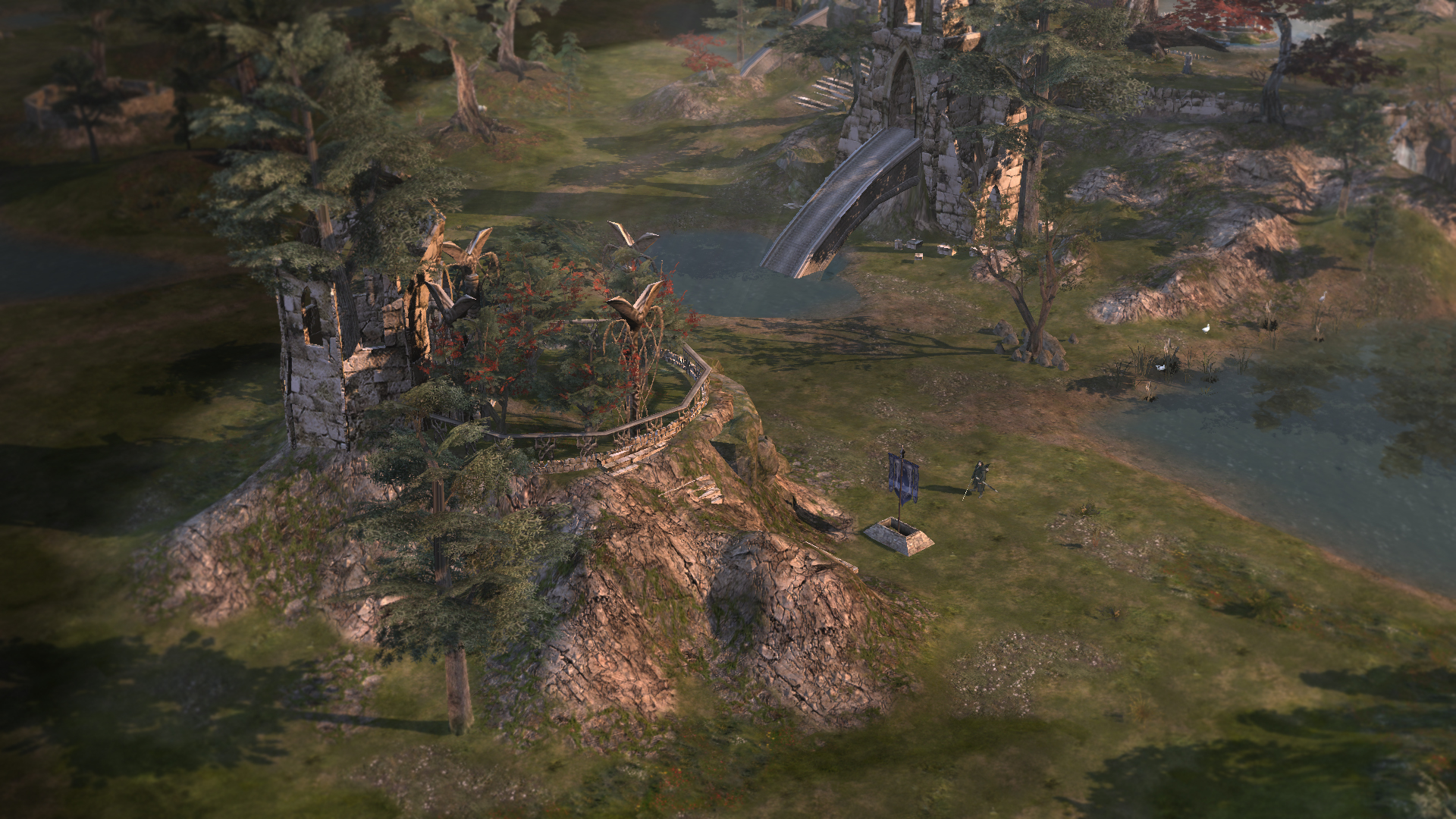 This isn't all - more maps are being worked on. But those will be revealed at a later stage.

Take care now,
The Age of the Ring Team

The second part of a series of articles exploring the heroes of Haradwaith - backgrounds, powers, and strategies.

The first part of a series of articles exploring the heroes of Haradwaith - backgrounds, powers, and strategies.

The Cultures of Haradwaith

An article introducing the various cultures that are represented in Age of the Ring’s upcoming Haradwaith faction.

Age of the Ring Version 7.0

We have released Age of the Ring Version 7.0, featuring our Two Towers campaign, Isengard 2.0, Misty Mountains 3.0, and much more!

I wish this had released. :(

The Azanulbizar campaign mission has been released in Age of the Ring. Download it here. Moddb.com

The campaign that would have been part of this mod has been moved to Age of the Ring, and when they release the Erebor update it will have the first mission of An Unexpected Journey. Don't miss out!

Another one of your troll mods? Hell, on how many mods are you "working"??

For the people wondering if it's dead, yes it most likely is, just like alll Pavikjans mods. It never even lived and it never is going to.

... Now you're saying it... Damn, was I really that confused? I saw Thrandy's post and the first thought that went through my mind was: 'don't say he did another one of these' especially since what he sais here below is like something a developer would say. Seems I was wrong. Sorry for that.

The War of the Valar Battle for Middle-earth II