One year ago today, we made our big announcement, and Age of the Ring was born. A lot has happened since then. This article will touch upon the past year, highlight what we've learned, and what we'll be doing in 2018.

Posted by MathijsRevora on Dec 4th, 2017

One year ago today, we made our big announcement, and Age of the Ring was born. A lot has happened since then. We've released two versions and various bug and balance fixes, as well as revealed the scope of our ambition through our faction plans and image previews. This article will touch upon the past year, highlight what we've learned, and what we'll be doing in 2018.

First off, we'd like to take a moment to thank our community and fans. From the first announcement to the latest version, we've been receiving lots of encouraging comments, enthusiasm, and downloads, for which we are very grateful. It's allowed us to build up a buzzing fanbase and an equally-buzzing Discord community. Many thanks also toTheDestroyer001, RuudDevil and a host of other Youtubers for popularizing our project, and not least to our Patrons - your support means a whole lot to us. 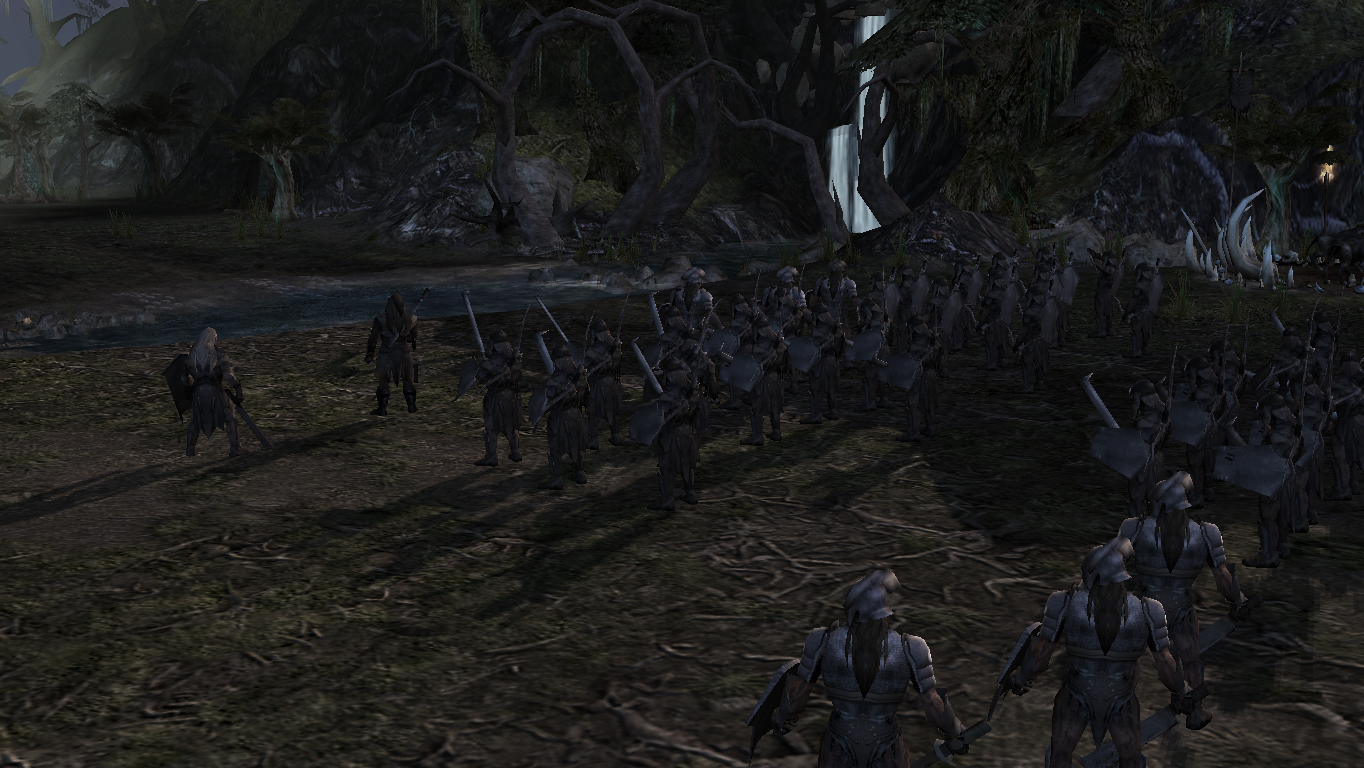 What Did We Do?

In July, we fully realised a foothold by releasing our first version: an extensive update to the old The Horse Lords demo, a subsequent balance/bugfix and patch to enable AotR with the latest community patch. Then, last month, we released AotR 2.0, containing our fifth faction and additional content and polish to the previous 4. We have since been working on Erebor, our sixth faction, which is making steady progress, as well as on Rivendell, our seventh faction. 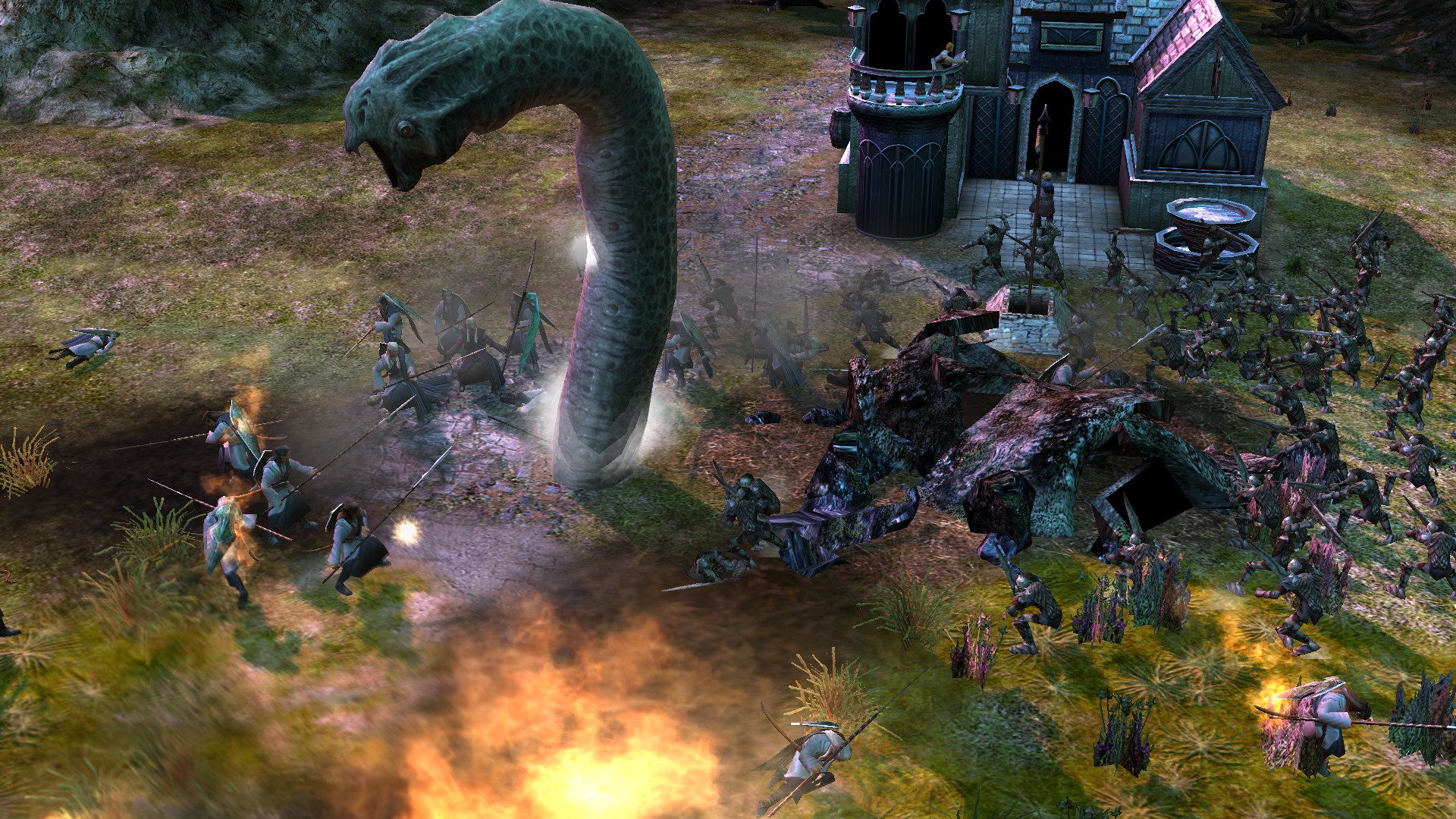 When we decided to change THL to AotR, we also decided to approach the project in a way that minimized downtime between version updates. We selected the vanilla factions that we felt needed the least amount of work (MotW, Mordor, Isengard, and Goblins) and work on releasing those first, even if that meant releasing a mod that, superficially, had less content than the vanilla game. It resulted in a somewhat mixed response - people wondered where the Elves and Dwarves had gone, with some saying the mod wasn't varied enough. Still we believe it was the right call: if we'd taken the time to turn each of the vanilla factions into their AotR counterpart, we wouldn't have been able to release a version this year.

It's a system that, by and large, satisfied both sides: players didn't have to wait two years for a first version, and we were able to focus our efforts on developing things to our desired level of polish while getting motivated by seeing our work played and enjoyed. In 2018, we will be sticking to this system. 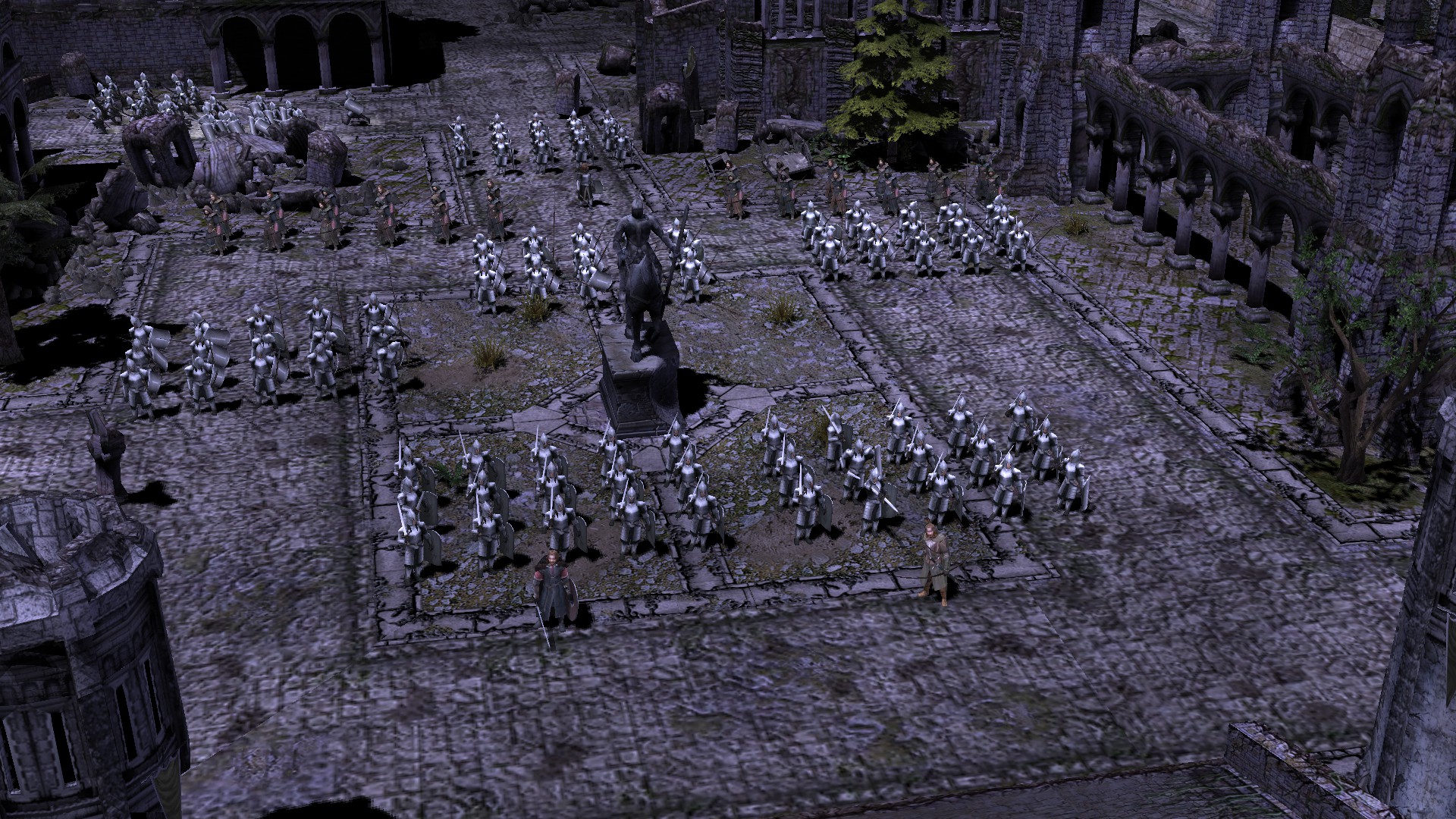 BFME, in all three of its incarnations, is an old game, which, by most standards, should be dead by now. Some might even say it already is! Not us though. We see a dedicated modding community, one we're happy to be a part of. Throughout this year, we've also made sure to recognize that it's not just content creators that keep a game alive - it's also the people that play said content. When we release a version to the public, we open ourselves up to a lot of scrutiny. It can be a bit of a nervous process - it isn't always easy to be faced with criticism of the work you've put so much time into, but that doesn't mean that this criticism cannot be valid. We've seen a number of oft-repeated criticisms and requests, some of which we agreed with and have been able to implement into the game.

When we released our first version, people mentioned that some parts of the design felt a little bare-bones. Specifically, we kept getting told that Isengard felt less 'reworked' in content than the other factions, that a lot of spells and powers lacked visual distinction, and that some heroes were a little too heavy on passive abilities. To be honest, we did not consider these things particularly problematic, but as we listened to them getting repeated, we changed our minds. So now, in the latest version, Isengard has received several new units, a new hero, and new spellbook powers, most special abilities have new and unique special effects, and several heroes have gotten new and 'active' powers.

That doesn't mean we're going to be implementing everything that gets repeated often enough, of course. Mordor is not getting walls, and we will continue to add Announcer voice sets! 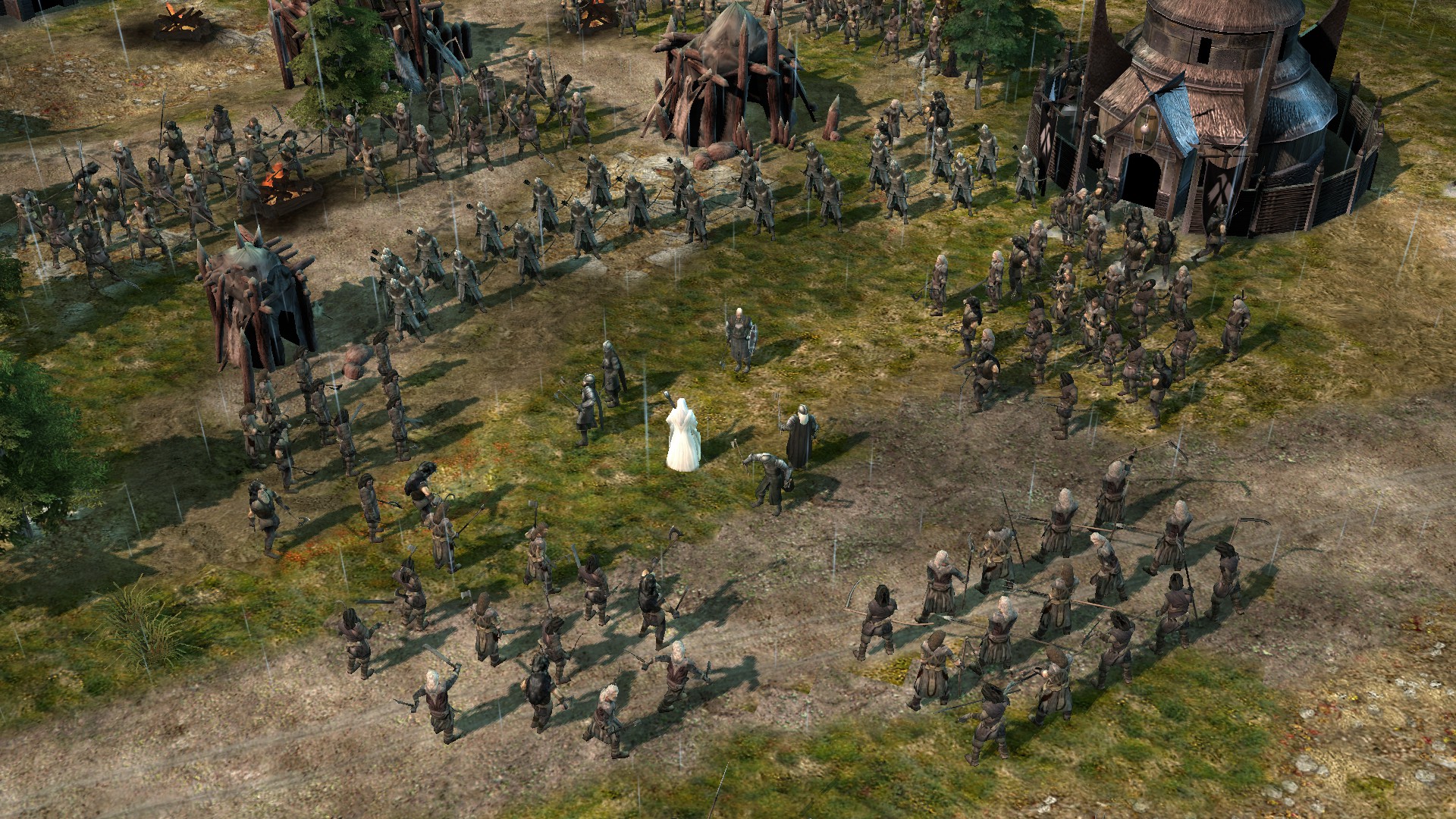 If all goes well, we should be able to release Erebor and Rivendell next year. Note that, while we like to be candid in our intentions and communication with you, dear readers, projections are not promises. If you want to see what's in store for these factions, check out the faction plans on our forums!

We will continue to semi-regularly write update articles, and of course keep posting update images in our, by now, humongously long image gallery.

Also note that we are now entering a territory in which each new faction will require much more original work than the first couple we released, which means we are always looking for new, experienced modders to join our team - especially artists (please send help). We're also always looking for more voice actors, because three Elven factions shouldn't sound alike, and Haradwaith can't survive on two vanilla voice sets.

Thanks for reading this far, and VOTE FOR US in this year's Mod of the Year! 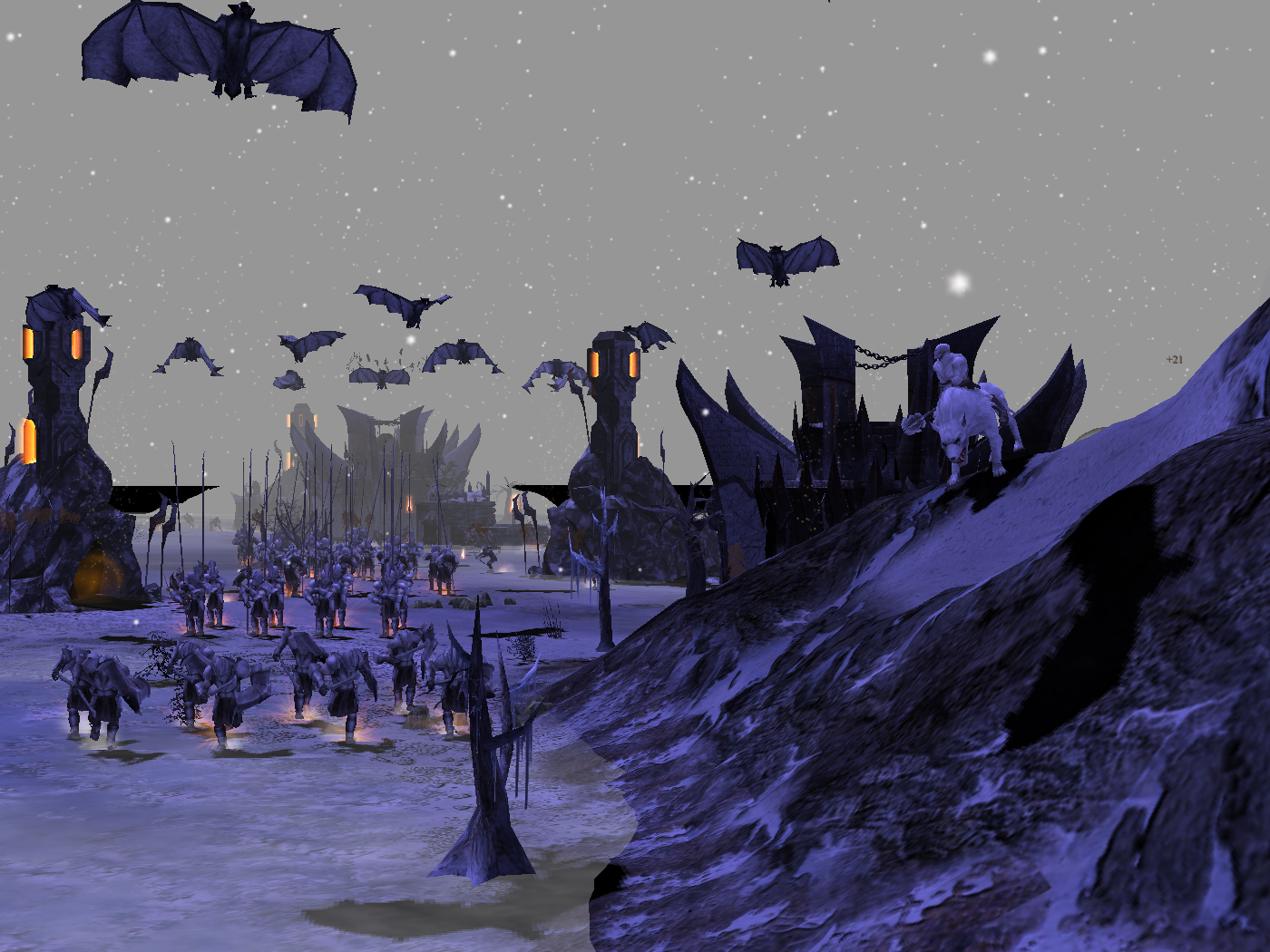 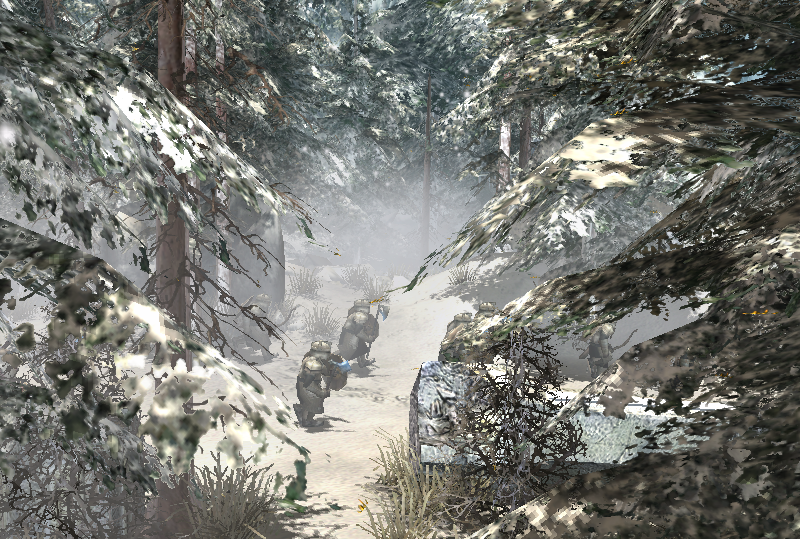 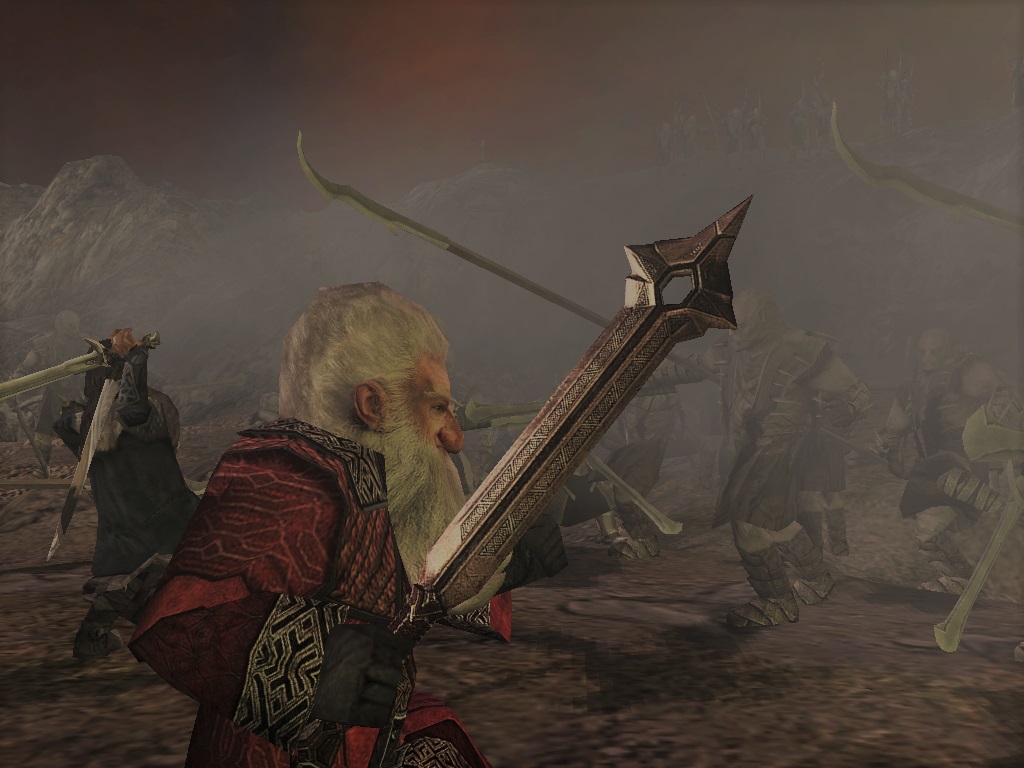 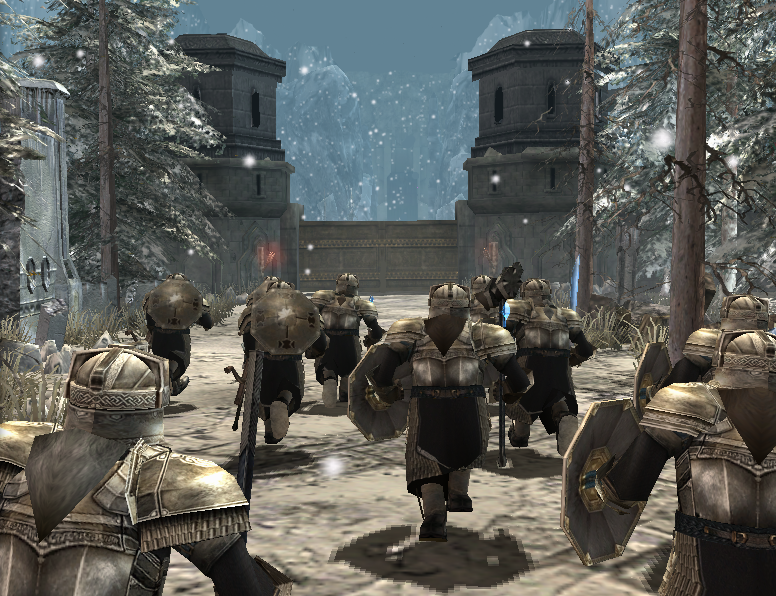 And what a year it was. AotR is shaping up to be one of the best, most polished, not over done, and most well thought-out mods for any BFME game. The BFME community thanks you greatly. You guys bow to no one.

How's RotWK HD Edition coming along? I'm holding off on my campaign playthrough until I can do so with splendid HD models.

I was so excited for this mod that I bought ROTWK for it.
I definitely wasn't disappointed. It is great! Each faction works great, and all of the units have voice and everything!

And yes, you all do excellent work on BFME mods, and keeping up to date for today's gaming standards. I have been playing since 2009, and I only found out about mods for this game two months ago.

I'd just like to say how privileged I feel for being a part of this incredible mod,unlike others you feel that AOTR has so much more emotive style and reasoning, the team clearly have an incredible passion for Tolekins works. Here's to a successful 2018!

I'm really glad that your Age of the Ring project is coming along nicely, but I hope that RotWK HD will see the light of day.

Ohh, thanks for the stealthy mention, keep the community alive. ^^

I started playing bfme again with Shadow and Flame mod which is another mod from this guys for bfme1 now they started working on rotwk and I started playing again bfme2. So this guys are for me to reason play this game again. I cant say how much I gratefull to this guys so I will support them until eternity :)

It was truly a great year for this modding community. Congratulations to the AOTR team for all you have accomplished so far! And may the sons of Dúrin soon be upon us :)

AOTR is a visually stunning mod. The communication is arguably one of the most on point in the BFME modding community, with seemingly daily communication. Furthermore, the transparency and balancing in modding policy is fantastic; you can find the faction concepts on the forums, questions are answered usually in a concise and accurate manner, but there are just enough surprises to keep the fans interested. It feels much more professional than the average mod, and I strongly admire that.

I have some gripes with the mod, which is mostly performance (The engine doesn't have a fun time loading all those lovely textures in teamgames) and the BFME II gameplay formula (which I find to be less innovative and conceptually engaging than the BFME I one), but the latter is just a matter of opinion.

Nevertheless, this is coming from someone who is usually in the Edain ''camp'' if you will, which both communities do seem to enjoy pitting against each other, even though there was no need for such a thing, since both mods are great in their own right with cooperation between on numerous occasions.

I have respect for the developers, and while I normally would cast my preferred vote for Edain, I believe that would not be very fair, since they have not accomplished much this year in terms of actual content and progress, this, in contrast to AOTR, which had an absolute boom in 2017. Therefore, my preferred vote goes to you. You deserve it, and I hope AOTR will continue to progress, grow and keep the BFME modding scene alive.

Here's to a succesful and enjoyable MOTY competition and a promising 2018.

I agree with pretty much everything you've said. While you could say I'm in the "Edain Camp" (I suppose you have to be if you're a Wiki Team member), there is no reason for any sort of conflict between the two mods. Especially when both of them are absolutely fantastic in their own way.

At this point in time, I'm just grateful we have 3 great mods for this game (Edain, AOTR and BOTTA). All the makers of these mods have a lot to be proud of.