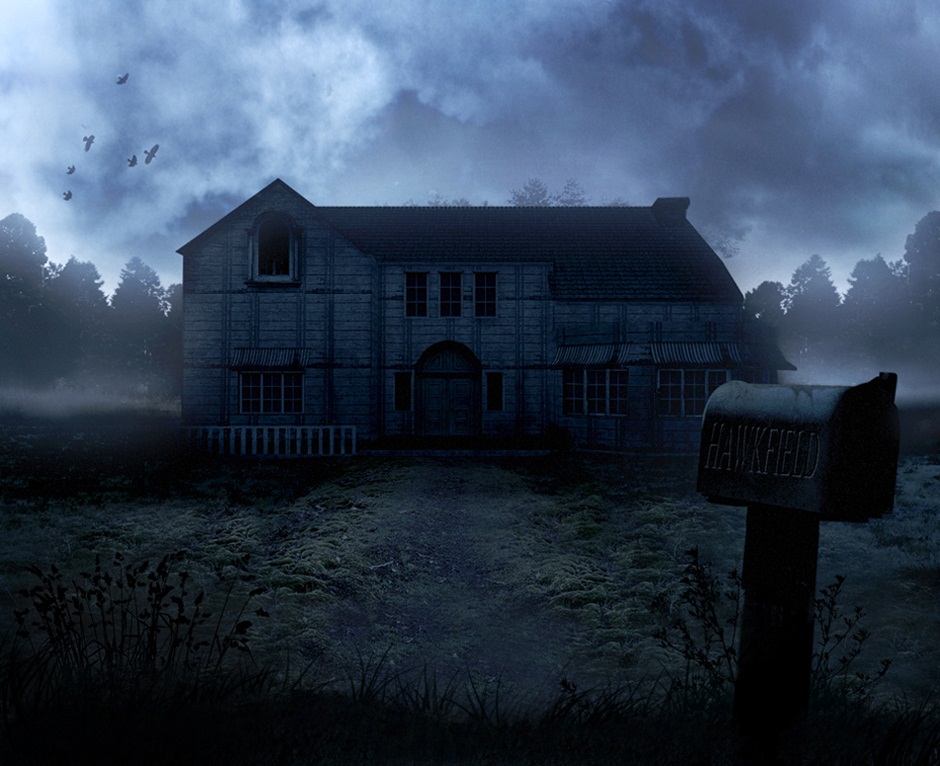 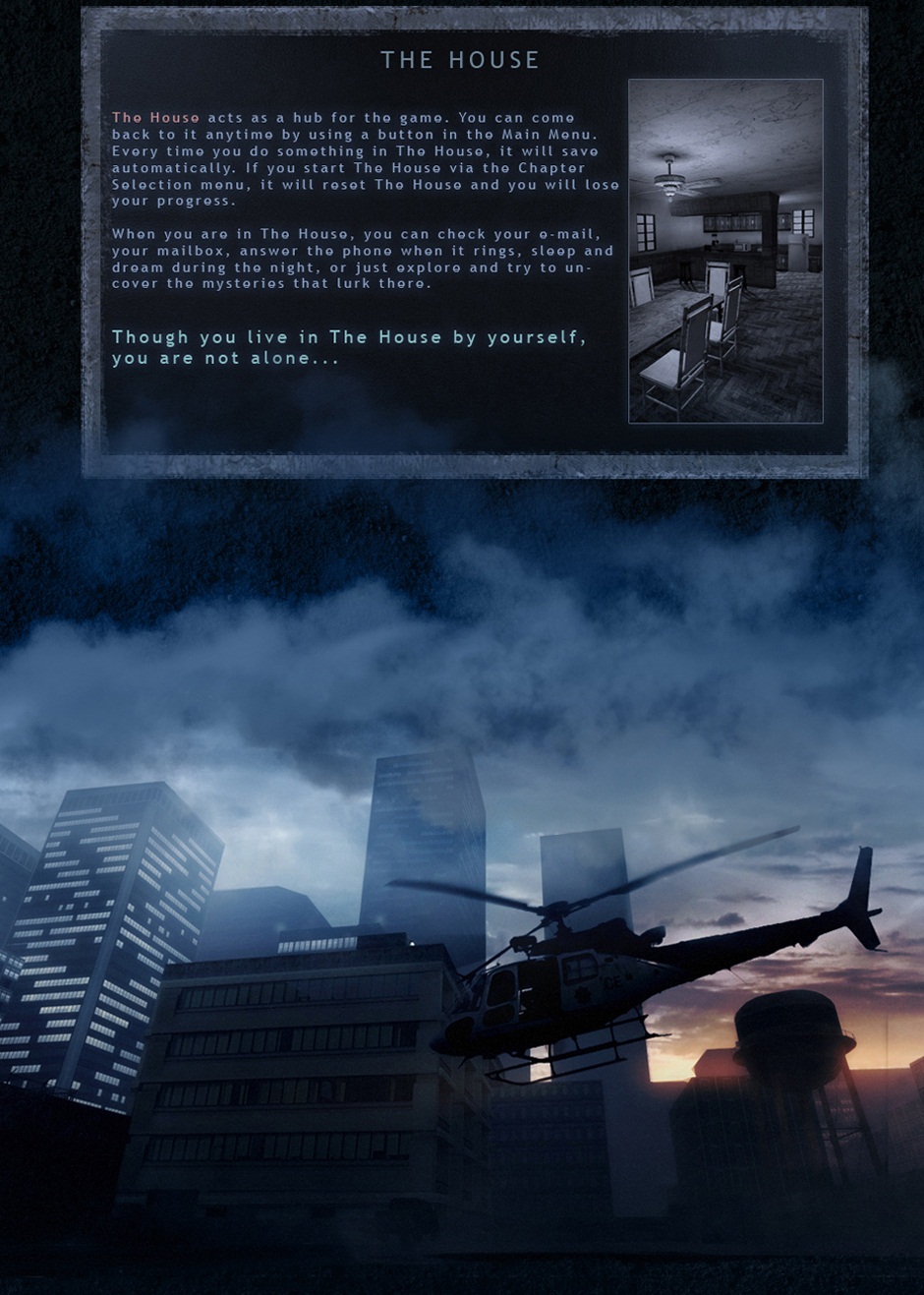 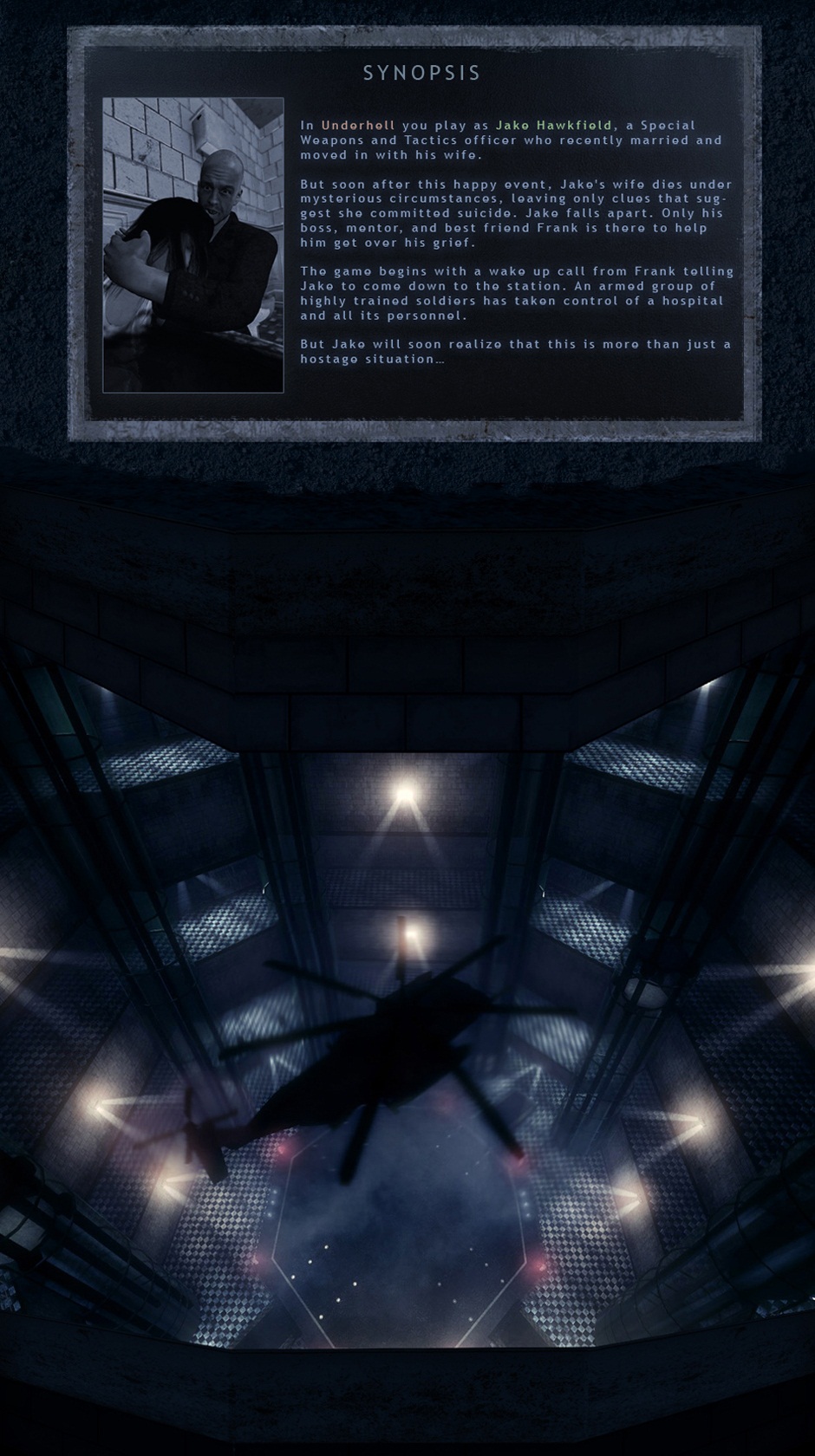 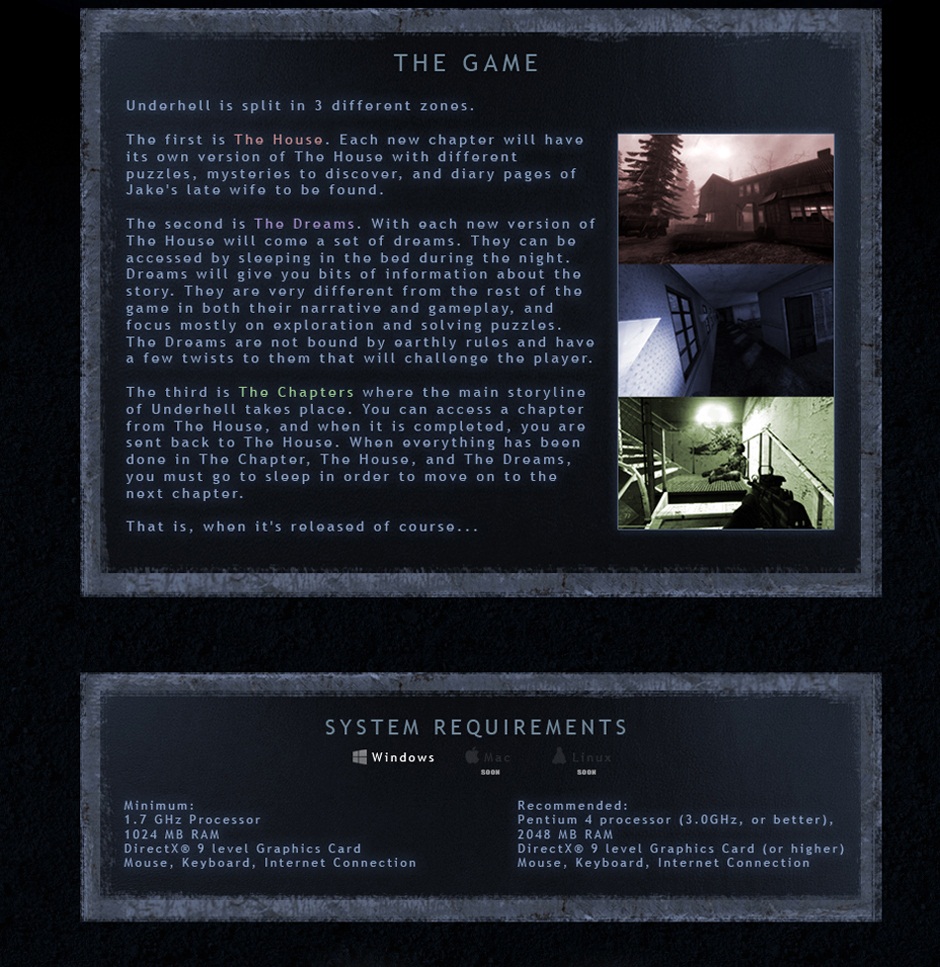 Well, it's now been 3 years since Chapter 1. A lot more has happened since last year, unfortunately not a whole lot has to do with Underhell itself. It has become clear for some time now, that this is going to be a long winded project.

Truth is, I have been busy with other things as well. 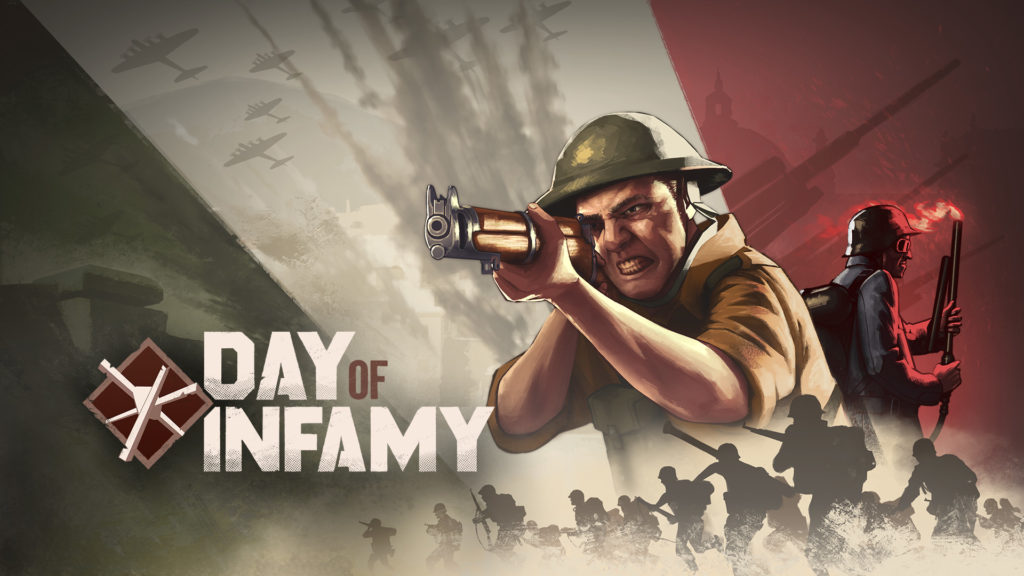 I know this news section isn't necessarily meant for other projects, I'm just talking about them to explain what I've been doing, so I'll be brief.

Around September 2015, I was offered a permanent position at New World Interactive as a Producer, the job offer included moving to Amsterdam in the Netherlands, and actually working on site, I was still living in Mexico at the time. So I just said yes, and I moved to Amsterdam last November and have been here since.

Dismemberment, an upcoming feature for DOI 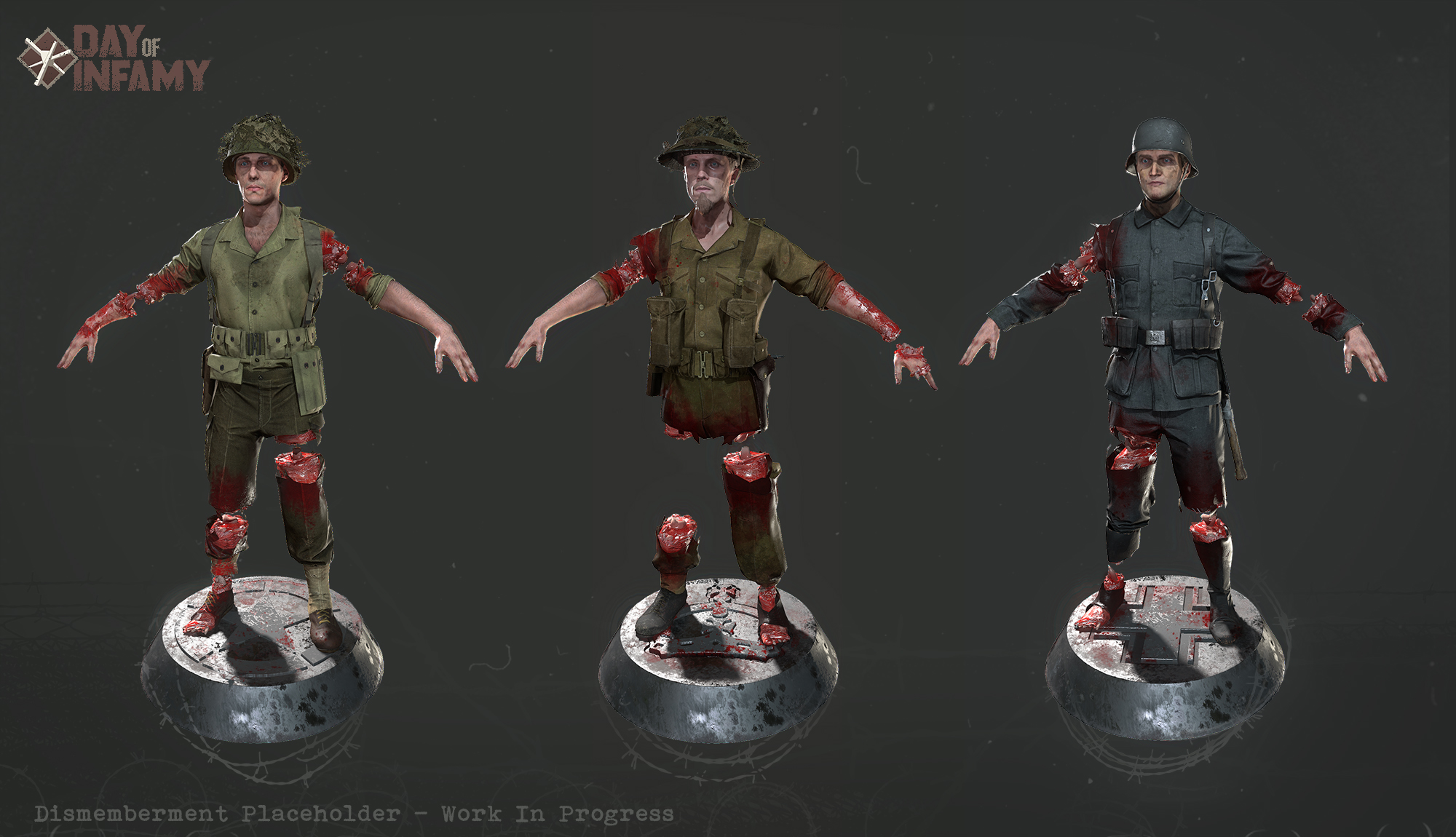 Since I moved here, we began pre-production on Insurgency : Sandstorm, the follow up to Insurgency, and we also began working on Day of Infamy, which as originally a free mod we worked on for Insurgency, but soon after release, it became clear that it could become so much more. Valve offered their support and approval of the project, and we set off to turn it into an actual game with loads of original content. I've always been a huge fan of WW2 shooters, and it's been my dream for a very long time to actually work on one.

(For those interested, here's dod_charlie a really old, really ugly map I made for DOD:S years ago. It hasn't aged well.)

So I went from working as a producer for one game, to now being a Production Director for 3 announced projects, 1 in pre-production, 1 in full production, and one in post-release content production. It may not be clear to everyone how complicated things can get while multi managing these things, especially in an Indie studio, but yeah, I've had my hands full for a while, and I've been loving every second of it.

What does this means for Underhell though ? 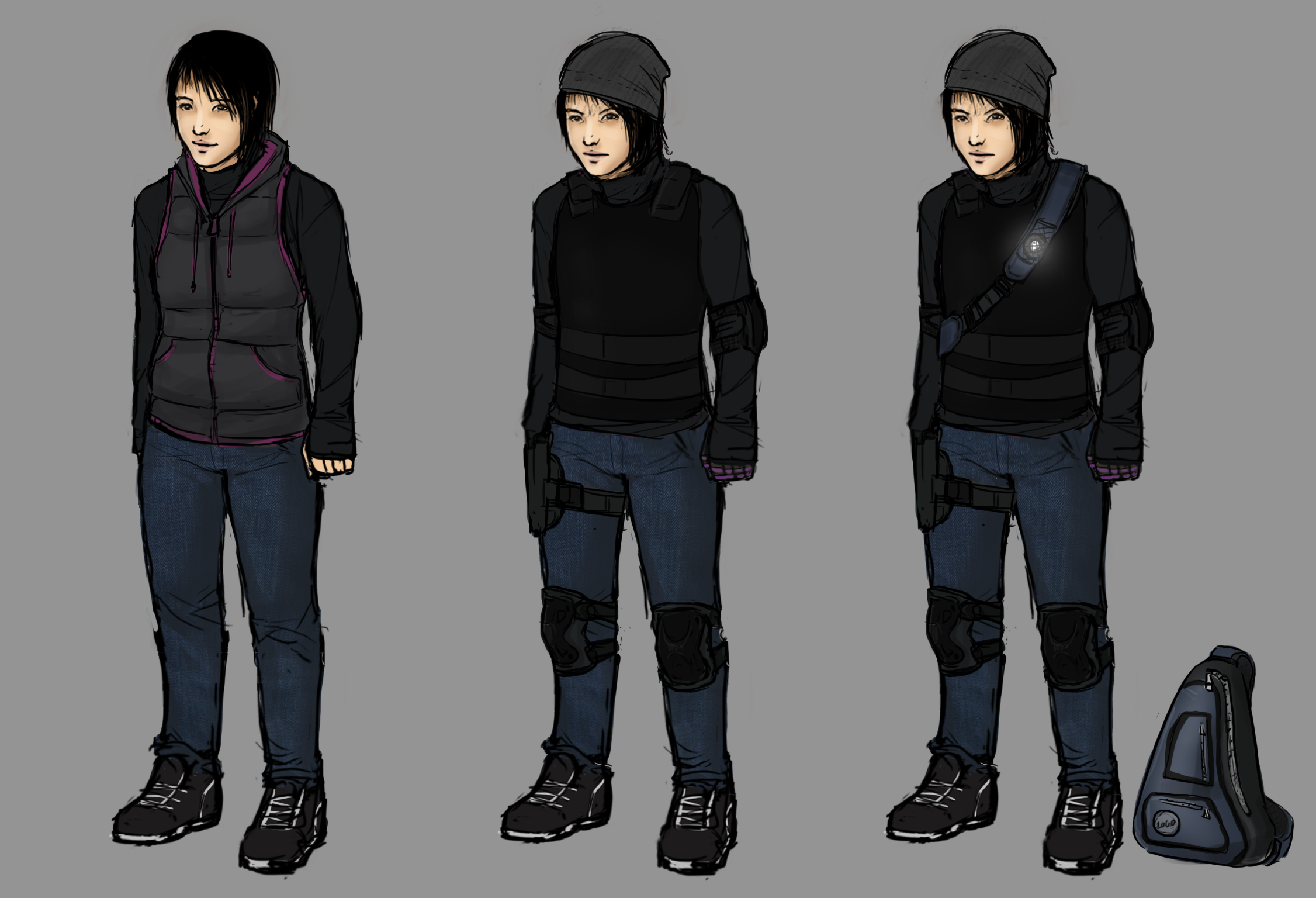 Well, it just means that things have been moving even slower. I must say that this learning experience as a Producer in a real game development studio is the best thing that could have happened to me. I'm learning so much every day and I'm blessed to work with an absolutely amazing team composed of many talented people...

Hmm...I'm a Producer in an indie studio, working with a team of talented people?

I wonder what's gonna happen next...Who knows? Nothing has been decided yet.

These things take time, what I can say at this point though, is that it is highly unlikely that Underhell will continue to be released simply as a Source Engine modification.

Source Engine is on its way out, it has been for the past few years, and every time I've heard something from Valve about it, they've made it clear that their support and interest for the platform is minimal, which is logical given the fact that Source 2 is on the horizon.

We developed Day of Infamy on Source because we already had a built platform with Insurgency which facilitated the production and made it an obvious choice, and we've managed to build a great game with unique features in a record time.


But when it comes to Underhell, the more time passes, and the more I realize that Source is getting old, and newer engines have enormous possibilities and would open so many doors for an even better game.

I realize that this is probably not the news you hoped to hear, since it means no Chapter 2 for a while still. I also realize some of you may grow tired of waiting, and I know that it can be pretty hard.

But in the long run, this means nothing but good news, and Underhell would be all the better for it.

One year ago today Underhell Chapter one was released. A lot of things have happened throughout the year, let's see where we are and where we are headed.

Underhell has been Greenlit on Steam !

Underhell has recently been Greenlit on Steam, thanks to everyone who voted. Updates on the weapon modeling of the game + a new ModDB design, and a Fan-Made...

Underhell Chapter 1 + Underhell Prologue Remake Do not install over the 2011 Prologue, first uninstall the old version, then install this clean.

be happy for Mxthe (Jeremy) with the position he has, no need to be so rude

almost a decade, hope this mod is not dead

I heard you can lean, so how do you lean?

yep, in old version you can lean, and you can inject yourself with medicine, and you can shot from m16a1 with acog. Mp5 have Laser Target.

This was possible in the old Prologue build.

Joel is streaming this!

Underhell is one of those mods that comes along every so often, that makes you look at retail and remember when they used to make good games like this...and saddens you a little that the industry can't turn out gold like this these days. In a world of MMO's, Call of Duty FPS's, we get a classic game with a good story, incredible atmosphere, and depth to boot. Fun gameplay on top of that? This is a lovechild, and that is what makes it amazing. This is the result of someones vision come to life. They…