Underhell has recently been Greenlit on Steam, thanks to everyone who voted. Updates on the weapon modeling of the game + a new ModDB design, and a Fan-Made trailer of Underhell Chapter 1.

Underhell has finally been Greenlit on Steam ! 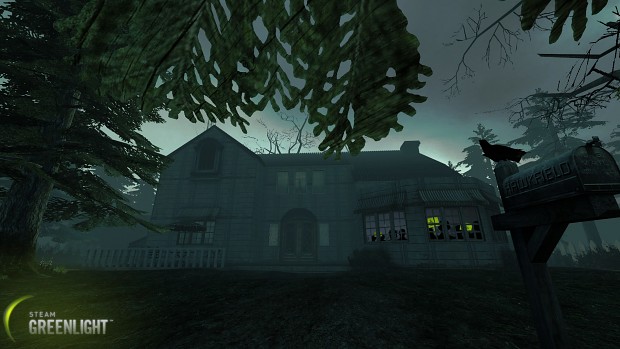 This is amazing news for the game and the team! This means that the 2013 version of Underhell will be released on Steam, when it's ready to go up there.
This means a lot of extra work for us, as we will have to create, replace and improve the assets of the game to make sure they are up to standards.

Speaking of which, as some of you might have noticed, Alex Voysey has been re-creating the weapons for the game, and we have been keeping you up to date with screenshots, here is the progress on the weapons so far: 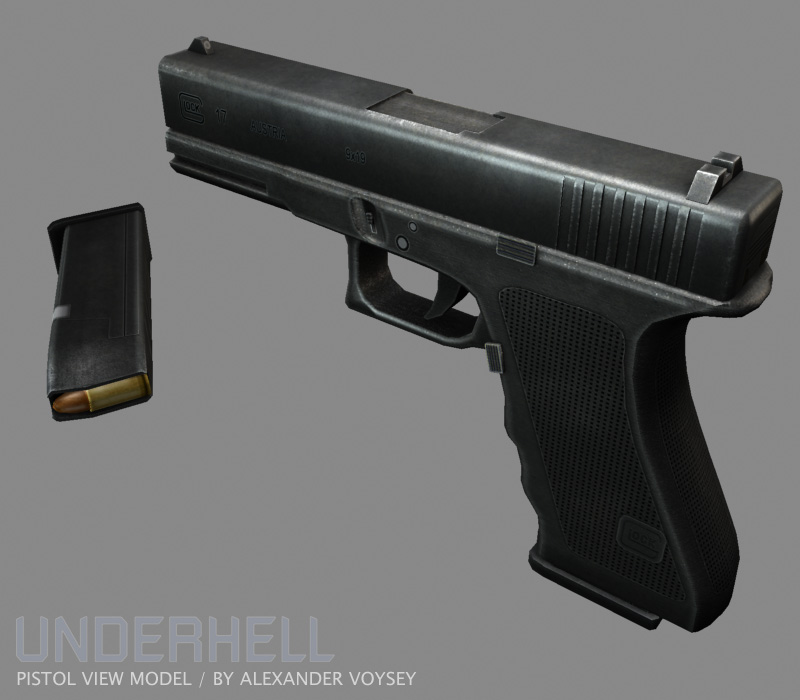 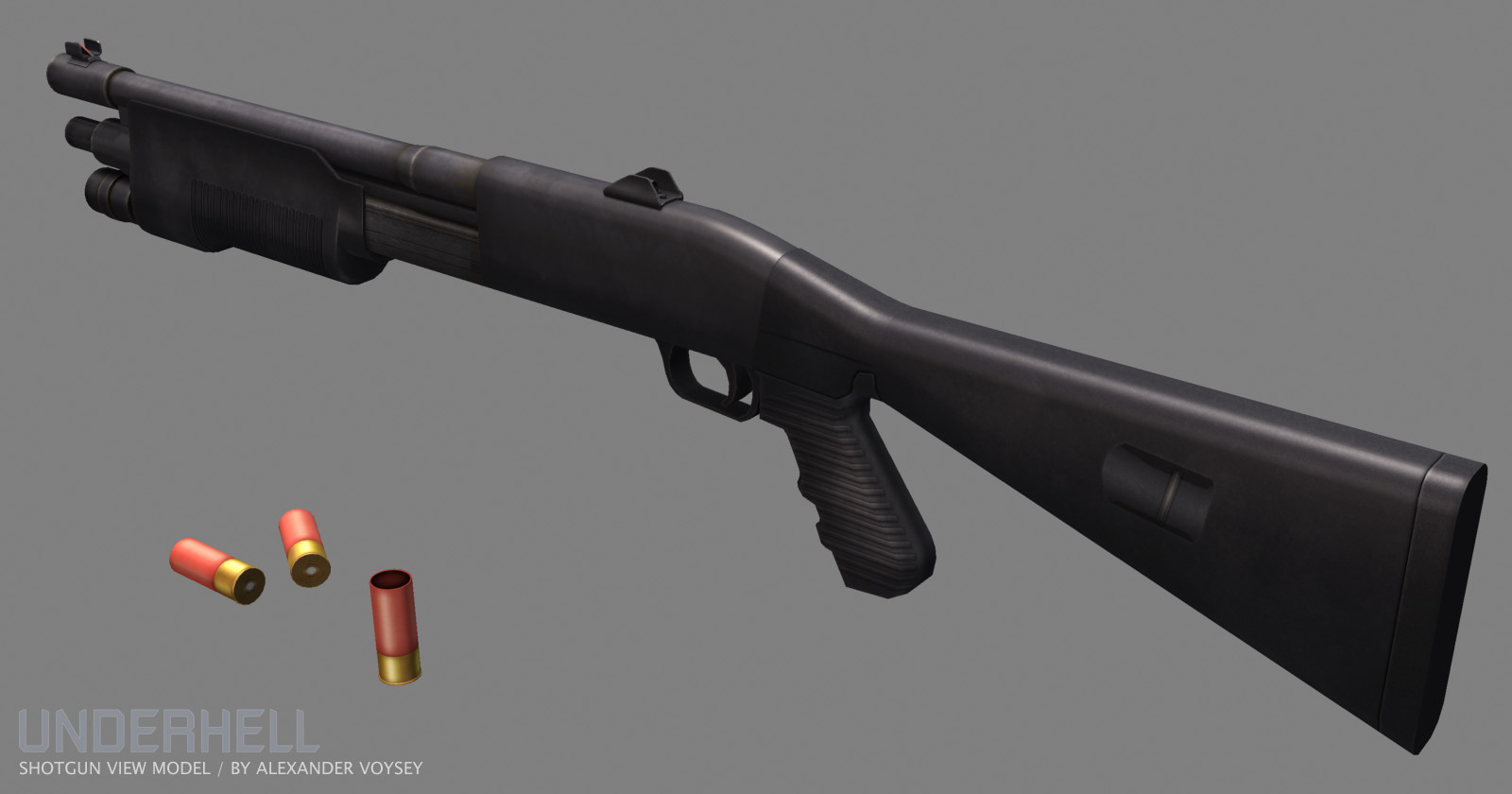 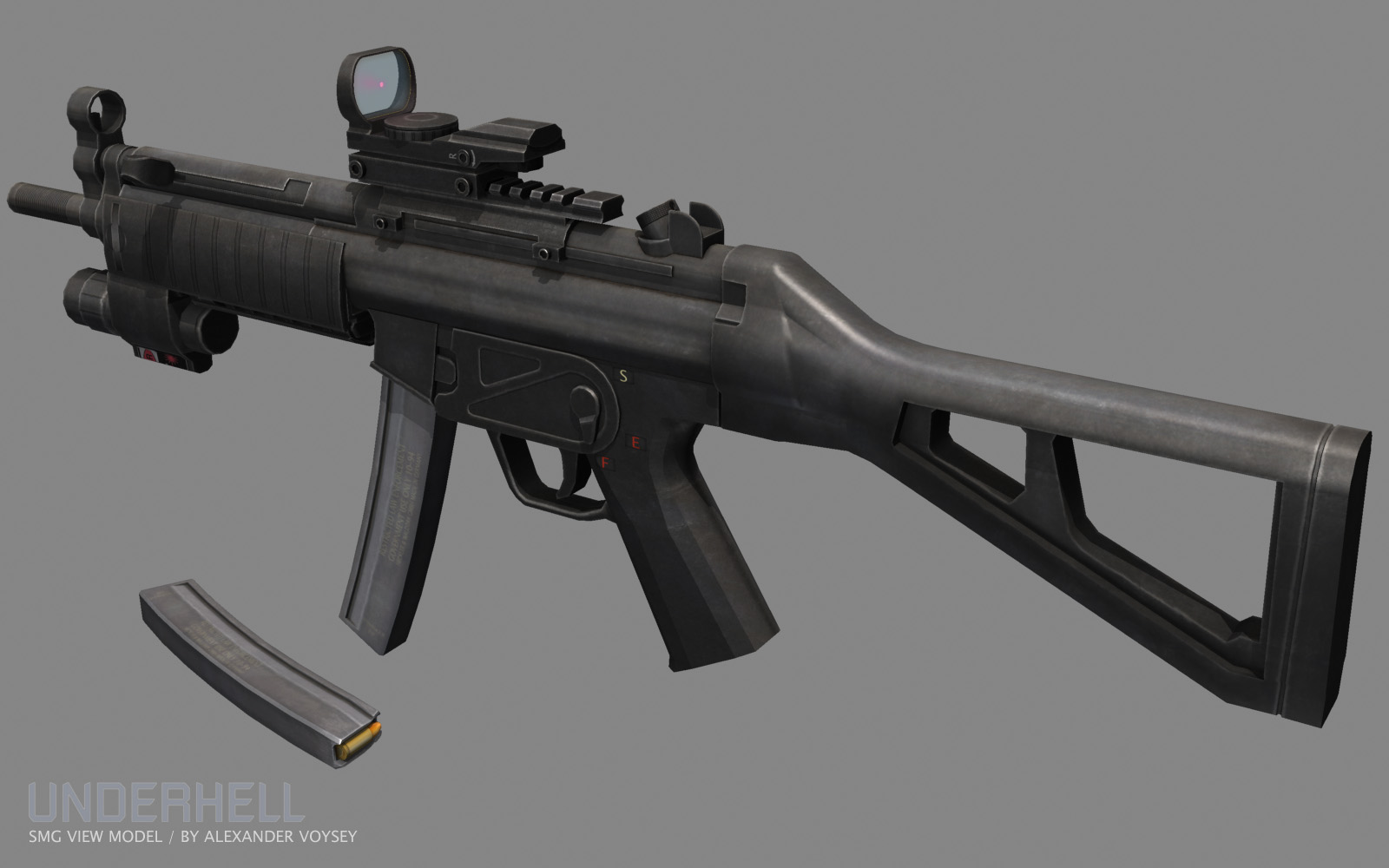 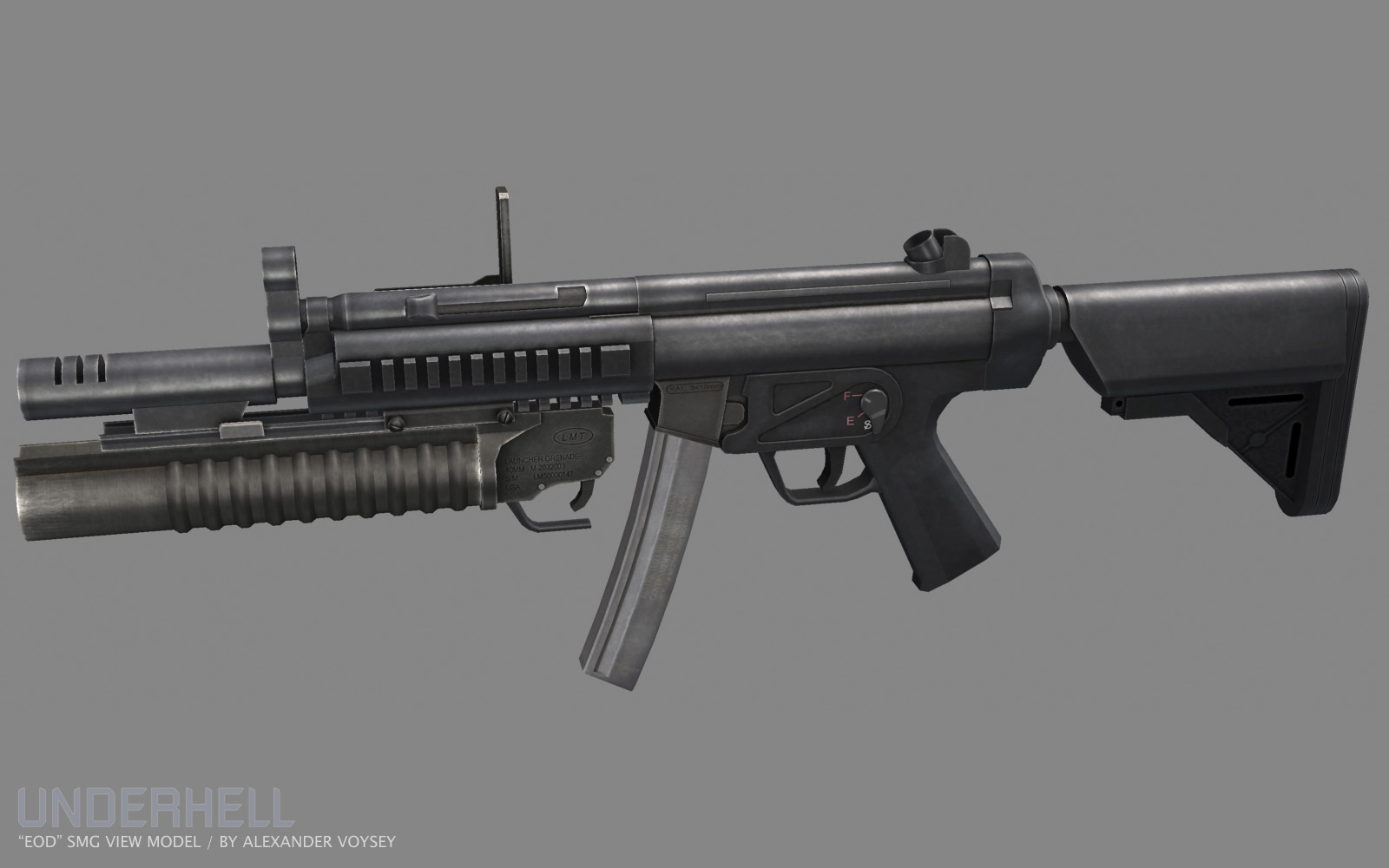 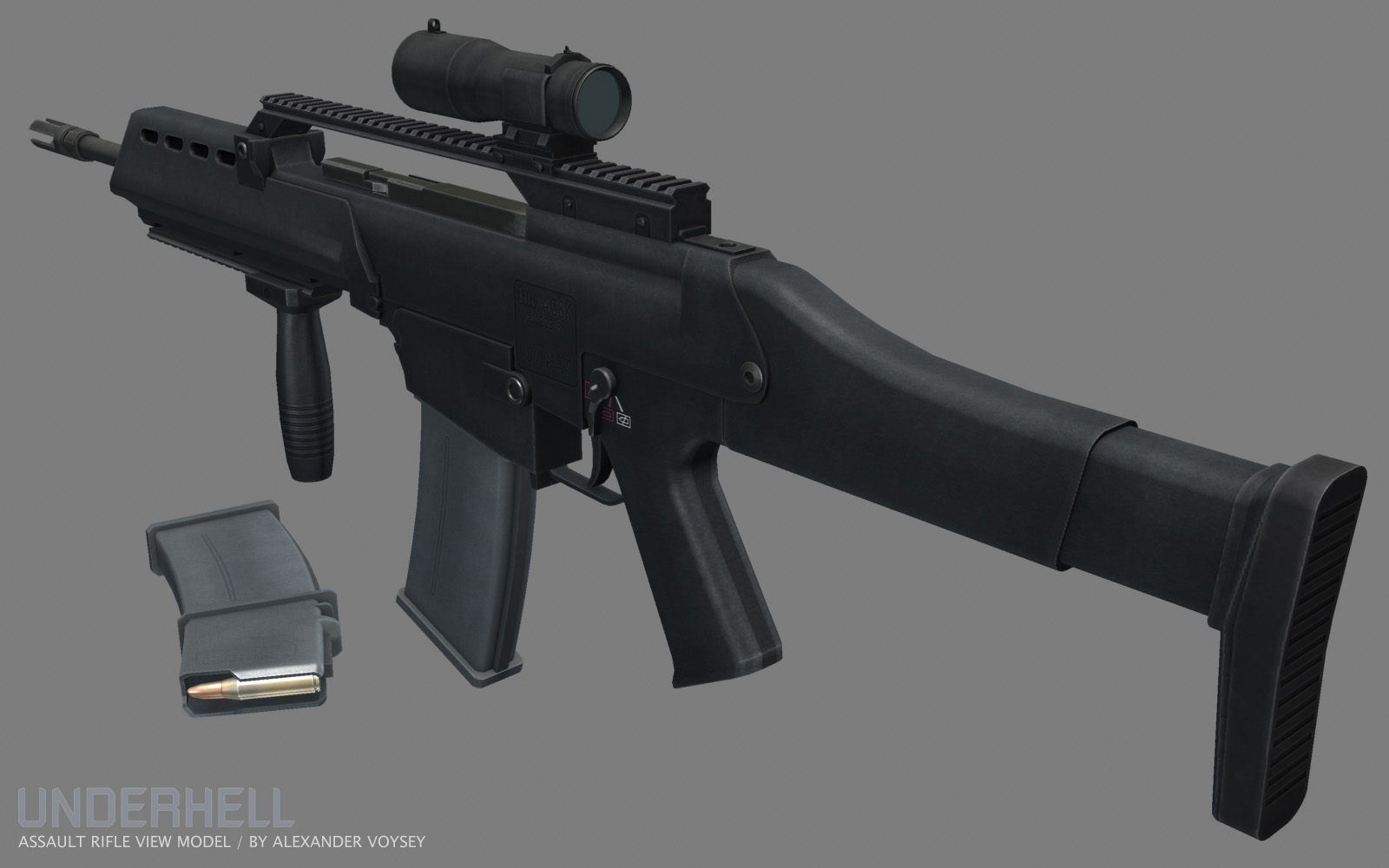 As you can see, progress is smooth and steady in the weapons department, on the Programming side, progress is also steady as Charly Sotelo is working on porting the game to the Source Engine 2013, which will not only fix many issues with the engine, but also provide us with new features, such as moving leaves on trees, which should really improve The House visually.

Thanks to the Bug Reports and Technical Support thread we are still currently fixing many bugs or glitches with the game, in the hopes to deliver a bug-free game when it comes to Steam.
No release date yet, we are in the thick of it.

In other news, Pedro Calvo is working on Artworks for the game, more precisely a new ModDB page design, which will hopefully make this page look a lot prettier.
Here is a Work In Progress of what he is currently making: 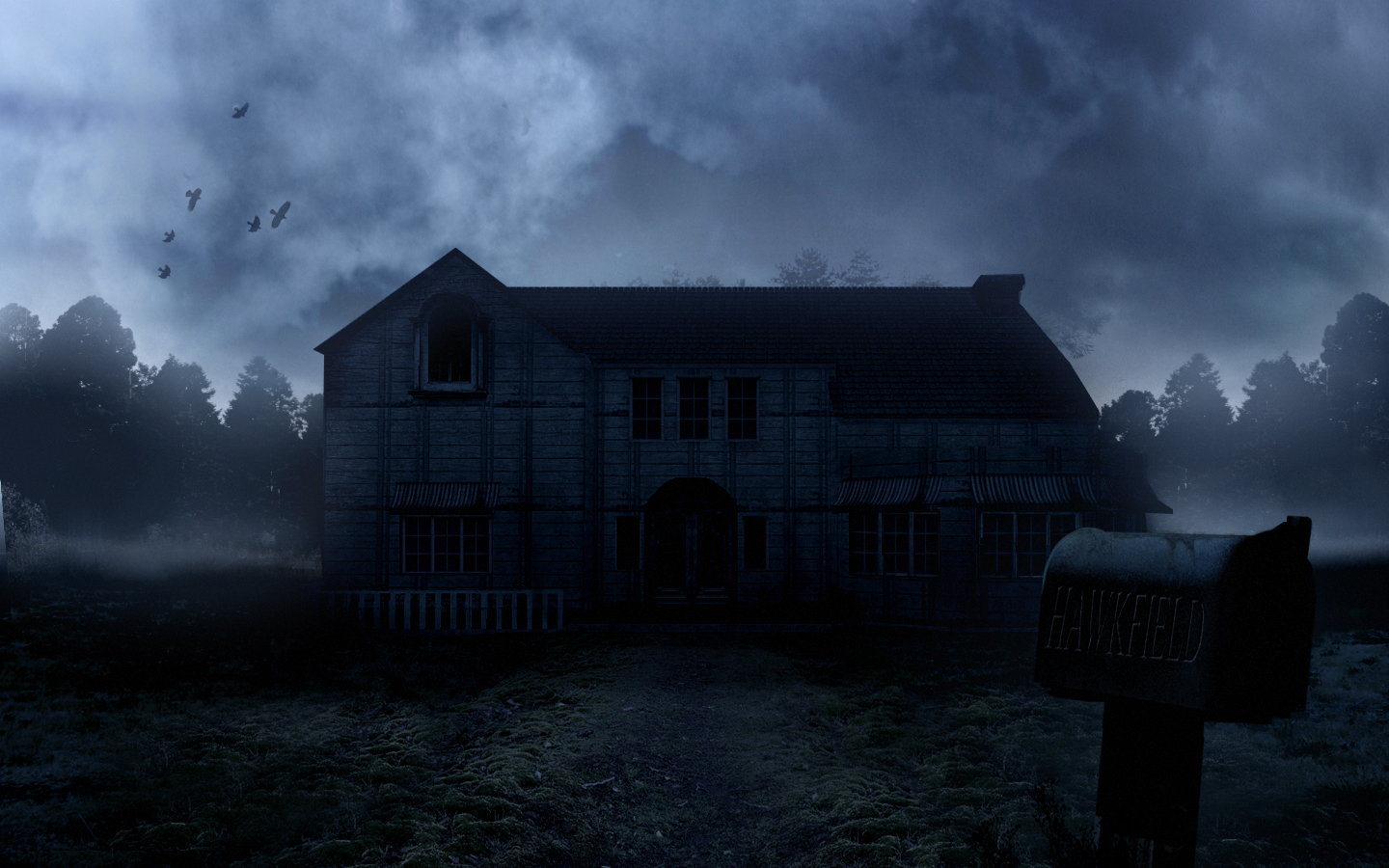 If only the House looked that good ingame, maybe some day.

Also, the Underhell Chapter 1 Bonus Album can now be purchased!
It includes the Credits Song, the Hermit Song, all the trailer musics, as well as a few extras. 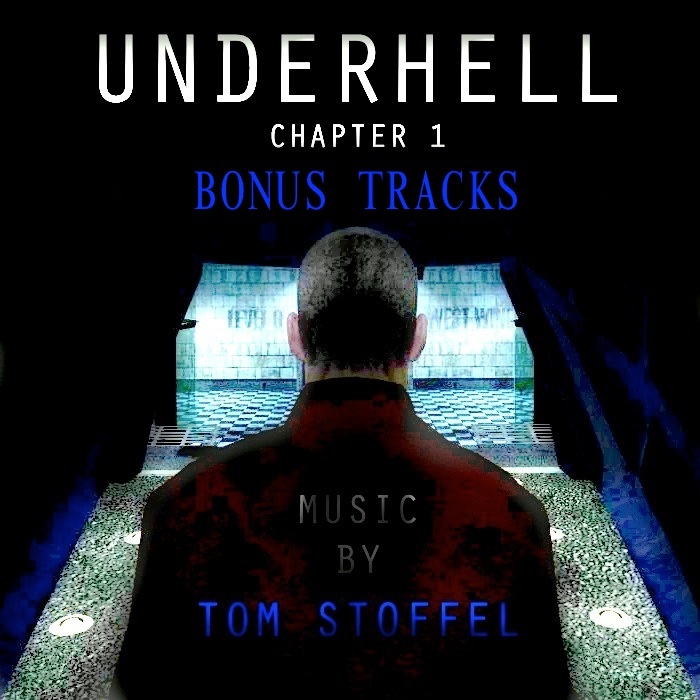 And finally, an update on the Russian and German translation patches. Beez-one and Beserkr have made a lot of progress, and it seems they are both under way, so hold on tight and we will soon be receiving a lot of players from the German and Russian communities! See you soon for future updates!

Congratulations on the Greenlight!

That house artwork looks amazing, I certainly like the idea that the house isn't protected by a fence and is exposed to the unknown in the forest, it certainly feels more creepy.

its creepy either way.. with the house naked.. its overkill in creepiness.

Please convert this also to Mac and Linux.

No, Mac ƒags don't deserve this game.
Linux users should get it though.

Lol of course it's a guest doing it. Poor little boy didn't want them to see his main account and find it traced back to his mom's basement. Poor guy.

Congratulations indeed for being greenlit! This is one of those mods that really deserves that. :)

Congrats on greenlight! Hoping there'll be a Linux version on Steam as well

congratualations team. you deserved it

Great news, congratulations on the greenlight!

Congratulations.
I hope best for the mod and I cant wait for Chapter 2.
But still when the last chapter will be released in Underhell, I'll still play the best one.
CHAPTER ONE !!!

Finally, tought it would never happen. So there is still hope for the people who vote on greenlight.. :p. Hopefully many chapters will follow.

Go in the Tools tab of your steam library, right click on Source SDK Base 2007, go in the "Local Files" tab, and click on "Verify Cache"

This will make sure you have all the necessary files to play the game.

I was just thinking about how good it would be for the mod if it got a small map-making community behind it. I mean think of it: The facility is supposed to be really big, having completely design depending on what kind of people they're housing inside the rooms. How'bout a biology part considering the swaying leaves part. I mean there could've been bunch of different mutations of zombies considering an attempt to cure the infected. Maybe even just for cinematic purposes rather than creating enemies? I mean considering the story's details on the facility itself; only the creating mind is the limit. (Without spoiling for the people that hasn't finished it)