Weekday Warrior is a Half-Life 2 total conversion mod made in the vein of old-school adventure game we all came to know and love. Weekday Warrior was designed from the ground up to have all the fun of classic adventure games with none of the frustration. Item collecting? We got it! Mini-games? Oh yeah! Talking to all sorts of crazy characters? You bet!

The game is a result of a six month project developed by the students at Guildhall at SMU. The team started development in January 2006 and finished June 6, 2006.

A different kind of (action) adventure

I decided to take a break from Crysis and shooters altogether to work on my single-player, action/adventure mod prototype. I plan to incorporate an engaging story within action adventure gameplay elements, without using guns. Something a little different that will draw the crowds from all the military and/or rebel militia mods out there. I feel as though the majority of mods today are just cannibalizing on one of the most popular sector in games today - the first person shooter. You see a lot of cannibalizing in commercial games and there's a reason for it. New intellectual properties with different gameplay are very high-risk ventures and sometimes aren't marketed right (see: Psychonauts). So they mostly stick to what sells, and what sells are first person shooters. So what we get as consumers are games that are just iterations of each other. Sometimes we'll get some innovation, sometimes they're just gimmicks, (see: Cold Fear with all-new boat tilting action!) but a lot of the time it’s just a Xerox of a Xerox. A copy of a copy. Blacksite 51 anyone?

Anyways, back to modding. Modders are only limited by their technical know-how, imagination and time they have to dedicate to a project. Yet there's still a lot of mods out there that tend to stick to cannibalizing past games. There's more to interaction with your environment than just shooting it. Try taking ideas and inspiration from outside mediums, from life. Something happens when you take the gun out of a player’s hand. The thought process goes from, "What can I shoot?" to, "What can I interact with?” It becomes a different kind of adventure- one that may be a welcome change. Now, it can be argued that the games with the most robust editing suites (Half-life, Unreal Tournament) are first person shooters so that's why there are so many mods that are FPS style. However, with sufficient work the possibilities of creating something fresh can surface. I did a little bit of digging through the catalogue here at Mod DB to check out what mods for Half-Life 2 dealt in adventure sans ammunition. Here's a few of the treasures I came across:


The students at Guildhall SMU bring you a mod that whisks you away from the throes of reality into the magical land of ... boring drudgery at an office? Yes, that's right folks; this Office Space inspired mod pits you in the role of Doug, resident office slacker. Making your way around the everyday doldrums of the office, you are eventually tasked with retrieving some questionable documents for your boss in a 3D point-and-click adventure. Makes you think, if you had a game like this with writing as solid as The Office TV series, there might be some great entertainment in there somewhere. It was very refreshing for a Half-Life 2 mod considering I didn't fire a gun throughout the whole bite-sized experience and still enjoyed myself. Oh yeah, and they won last year's IGF best singleplayer mod competition. 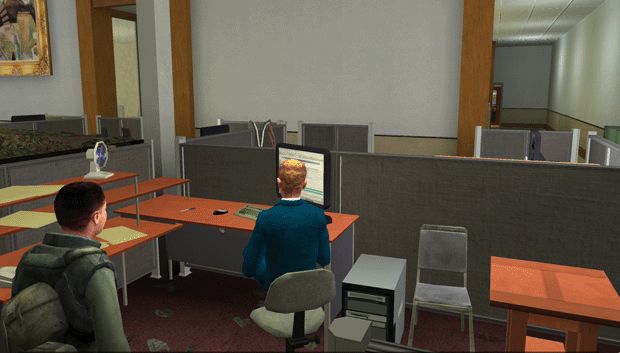 
Iris is a prototype put together by a team of Danish students in one month. You play as Iris as she sets out to find her parents in the setting of Chinatown 2024 & 2006. Puzzles are solved by jumping back and forth from the dark, dystopian future to your bright, cheerful past. The mechanic may not be unique (it's similar to The Ocarina of Time and the light and dark theme used in many Nintendo games) but the universe and environments it sets you in immediately grab your attention. Iris is very short and rough around the edges but that doesn't disguise how well it is put together. The presentation reels you in from the beginning and leaves you wanting more. Voice acting is some of the best I've heard in a mod with well-written dialogue to boot! Hell, this unfinished prototype has more polish than probably over half the 'finished' mods I've played. Anyone attempting a story-based mod of their own would do well to check this one out. 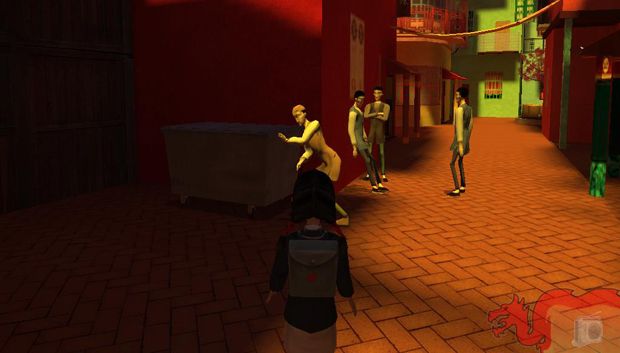 
This multiplayer mod dives into the world of the teeny tiny and pits ants against termites. Powerful mandibles, acid spit and poop are your weapons here. While I'm sure I didn't get to experience much of it, (no one playing this anymore?) what I did see looked good. The visuals and sounds made the experience so visceral that it all it needed was a hushed, soft spoken narrator to make me think I was in a nature show. Worth a look/second look if you’re searching for something different. 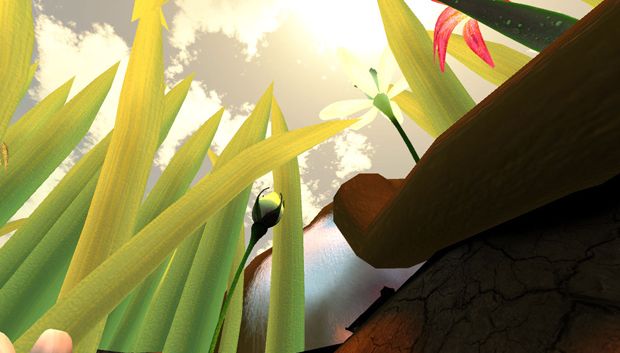 There's more where this came from of course, but it's all hidden under a layer of gun-toting and explosions. It's difficult to think a little different and peruse a concept or gameplay style that might not be mainstream. At some point though, I think hardcore gamers are going to want more than just your run-and-gun variety. So, to all the fellow modders out there, push yourself into new directions rather than just sticking with the tried and true mechanics. You might just find yourself a hit.

Updated to run on Source SDK Base 2006. || The students at Guildhall SMU bring you a mod that whisks you away from the throes of reality into the magical...

The students at Guildhall SMU bring you a mod that whisks you away from the throes of reality into the magical land of ... boring drudgery at an office?...

Set inside a modern corporate office environment, this mod puts the player in Dougs shoes and runs him through a series of challenges. No guns, just fun!

A total conversion made in the vein of old-school adventure games.

I have the same problem as the people below. The game crashes and there seems to be no fix around for this.

It crashed every time that I attempted to play it, at the point where Brandi began to speak. And that, you know, is about 10 seconds into the game.

I personally like the idea of a business conflicted mod. The only complaint I have is the obsurely slippery controls the game offers. What I suggest is just stick with the regular half life 2 controls but still in third person. I found it next to impossible trying to manveuvre in the building with the tunnel vision guards.

For some reasons game crashes when I try to talk with Brandi.

time to do diz caveman style..... MainCharacter: Me smell baby in offeece ME eat.

Seems to not work for me. The game is completely broken and uses HL2 DLLs and refuses to use its own, therefore, all I get is all the custom models, but NPCs, custom entities, and the like don't show up, and the game has a first-person view. Is there any way to get this mod to run correctly?

Yeah, I have the same Issue, very annoying :(

Oh I found the fix for it.

Basically you need to change the SteamAppId in the file gameinfo.txt to 215