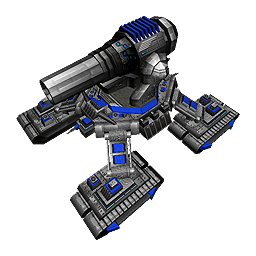 For those unfamiliar with TA: Escalation (TA:ESC), we like to think of our effort as a production quality expansion to Total Annihilationwhich can be enjoyed in both Skirmish and Multiplayer settings. TA:ESC offers significant enhancements to the venerable TA gaming engine, including

Modifyed Arm Atlas and Core Valkyrie to function as small MUATs (Note! Crawling Bombs can no longer be lifted by T1 / enemy units cannot be lifted either)

Removed AA bonus from all guided v-luanch weapons (i.e. Krogoth, but except Commanders)

Fixed Core Pounder sparks when fired upon while under construction, removed shield effects when hit and replaced with permenant shield for less lag

Merry christmas, Total Annihilation: Escalation 8.1.3 has been released, with many bug fixes, and some very important balance changes.

Total Annihilation: Escalation 8.1.1 has been released, plenty of changes all around.

The latest version of Total Annihilation Escalation is here!

Merry christmas, Total Annihilation: Escalation 8.1.3 has been released, with many bug fixes, and some very important balance changes.

ESC 6.8 is now linked with the TA Community Patch and is designed to work with the just released 3.9.02 version. Aside from many subtle engine improvements...

It is time to once again continue the infinite conflict! Just in time, TA:Escalation (TAESC) delivers an arsenal of destruction with even more units...

If anybody still playing this awesome game there is the newest patch link under my video where i’ll show you the new things :D

This mod looks cool but I'm having problems
The minimap gets over the building/unit tab, I can still select the items in the tab, but its rather uncorfortable and ugly, playing on a higher resolution kinda fixed it, but made the game extremely laggy and unstable, it crashed at random
Anything that can be done?

How do i replace the AI for skirmish?

interesting mod , BUT , the special attacks (normal before -ex: torps on destroyers) are too hard to manage (better a on/off toggle option)... my destroyers are useless against subs :( ; some special weapons don't work (nuke subs , missiles on carrier).... ONE scary thing : builders subs have a fire attack sound when they start to build ... lol i can't get used to that ; anyway , i like the new ui and map mode ; good work !

Any video showing how to install this with steam ?

Amazing joob thanks a loot :)

After installing the 8.1.3 BETA release music doesn't play, cant even access the music tab in the options menu. A little help?

Do you have a "tamus" folder inside your Total Annihilation: Escalation folder?

No. I also cant select the Music tab in the options menu

Out of all of these downloads which version is the most stable for windows 10?