For those unfamiliar with TA: Escalation (TA:ESC), we like to think of our effort as a production quality expansion to Total Annihilation which can be enjoyed in both Skirmish and Multiplayer settings. TA:ESC offers significant enhancements to the venerable TA gaming engine, including Cavedog quality models, textures, and presentation - a feat claimed by many, but realized by none; new GUI and extended menus; unique upgrading system for defenses and resources; deflective Shield Generators; mass unit Teleportation Gates; automated mass loading and unloading transports; Multi-Unit-Air-Transports; proximity bonuses for adjacent Fusions and Energy Storages; Surfaceable subs; walking ships; Omni Intel Towers capable of massive radar, jamming, LOS, targeting, and Commander hacking; and much, much more!

Total Annihilation: Escalation 8.1.1 has been released, plenty of changes all around.

Total Annihilation: Escalation 8.1.1 has been released. With it come numerous changes since the 6.8 release that was listed here on moddb. Here are the most major: 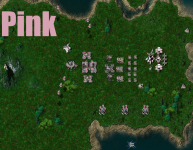 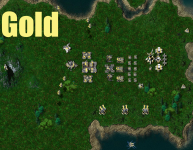 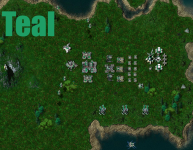 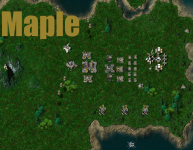 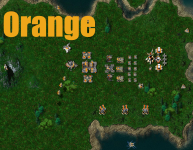 Mobile constructors may now place certain structures via hotkeys, no longer do you have to rely on clicking the build icon to place them. Please, consult page 4 inside the help function ingame to see the hotkeys.

TIer 1 and Tier 2 Metal Makers are now 25% more effective. Tier 3 Fusion Reactor energy output has been changed to 5,000 energy for both sides.

The Mobile Minelayers for both sides can now lay underwater Mines. Mines can also now be laid much faster due to instant buildtimes, however metal, and energy costs are unchanged so be prepared to have the resources necessary for laying them.

Hovercraft, on Tier 1 and 2 are in general cheaper, and faster to produce. T2 Hovercraft have had their firepower and/or armor improved. The Tier 3 Hovercraft have been improved with higher dps, and their weapons are now groundfire-based.

They have been improved so that they now pose a greater threat to Light Laser Towers, and to other ground units while on the ground. However, the Tier 3 Arm Vermin has had its armor reduced.

Warriors now have more range, Stumpies, and Raiders are larger in appearance.

Units that are new since 6.8

Arm/Core Deputy Commander - A Tier 3 version of the Commander

Both sides also now have a Tier 3 air factory that is dedicated to building their Tier 3 air options. And there are many more changes for you to find, Commander. Now go, and Escalate your experience!

Black and White are literally my colours. :p Everything else here is amazing, but I'd rather have my colours back.

are colors that hardcoded? isn't it possible to add more?

Number of colors is hardcoded, adding more slots would not be worth the effort it would take to do that.

You are going to have issues with colorblind people..

please fix but with airpads, once they upgrade and have that repair object, the pad can die but the upgrade cannot. so you see this little arm thing sticking out of nowhere and it counts as a unit. impossible to kill and impossible to win a game now.