Dreamcast Conversion is a complete overhaul of Sonic Adventure DX that makes it look like the original Dreamcast version of Sonic Adventure. This is done by reimplementing Dreamcast assets (levels, textures, object models, special effects and branding) in the PC version. A companion mod recreates events and challenges that were previously only available on the Dreamcast. Another companion mod replaces the majority of ingame sound effects with higher-quality sounds ripped from the Dreamcast version. All of the above (and more!) can be downloaded and installed in one go using a universal installer developed with the Dreamcast mod pack in mind.

Note: This page is dedicated to Dreamcast Conversion only. Lantern Engine (Dreamcast lighting) and Dreamcast Characters Pack, which are recommended for use with this mod, are separate mods developed and maintained by their respective authors. Dreamcast DLCs, HD GUI 2 and Sound Overhaul 2, which are maintained by me, are also separate mods at the moment. However, you can get all these mods together by using the installer.

Dreamcast Conversion and other mods are designed for use with SADX Mod Loader and the 2004 PC port of SADX. The installer can convert the Steam version of SADX to the 2004 version, which supports the Mod Loader.

This release is for the original Dreamcast game, not SADX PC. A PC version of the challenge will be available at a later date.

Today I’m releasing something a bit special. This is the first fully custom* Dreamcast Sonic Adventure DLC that adds a new challenge without hacking the base game. It’s built like the official SA1 DLCs, and it makes use of SA1’s internal system to add objects and challenges to the game.

To stay true to the spirit of official SA1 DLCs I’d like to make this a contest with a “real” (though merely symbolic) prize. To participate, simply record your playthrough of this challenge and share the video. You can play it on an emulator or on a real Dreamcast. The fastest player who beats the challenge in the shortest amount of time will get a free Sonic Adventure DX Steam key from me.

The contest will run until September 23rd, 0:00 (UTC). The deadline may be extended depending on the number of entries.
Submit your results here

To get started, you need to import the file SONICADV_515.VMS or SONICADV_515.DCI to your memory card. On PC you can use a memory card editor (such as redream's save manager). To play it on hardware you could burn the file to a CD together with Dream Explorer, or use an SD card adapter with DreamShell. If your Dreamcast is connected to the Internet, you can download it from the official webpage directly from Sonic Adventure!

This DLC was made using a tool that I’ve been developing during the last several days. Once the tool is released you will be able to make your own DLCs for Sonic Adventure from scratch (within the limits of the game’s DLC system of course)!

*Technically it’s not the first edit of a DLC, but it is the first DLC that adds custom objectives and makes extensive use of the DLC system rather than edits object properties. Huge thanks to Sappharad for figuring out the integrity check for the DLCs, which made this whole thing possible. 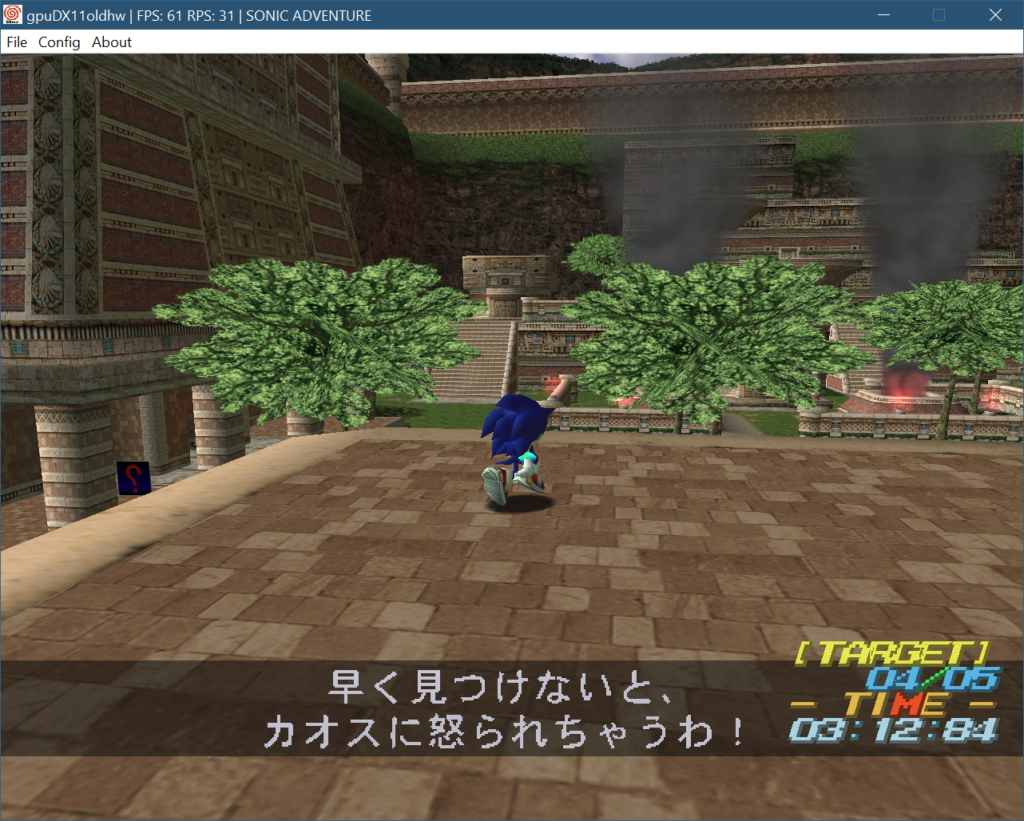 Credits:
-Darksecond for figuring out SA1 DLC and rank data encryption and posting it on ASSEMbler
-Sappharad for providing C# code to decrypt SA1 DLCs and for cracking the integrity check
-Daguar for giving me a hint on where to look for DLC item table
-Exant for making a lightweight "sitting Chao" model
-The graphics are based on Sonic Adventure (+DX) assets

A major update for Sound Overhaul has been released

A new update for Dreamcast Conversion has been released

Follow this guide if you are experiencing issues with Dreamcast mods

A package for manual install containing Dreamcast Conversion, Sound Overhaul 2, HD GUI 2 and Dreamcast DLCs. Note that there are also other mods that...

A compilation of fixes, enhancements and new mods for Dreamcast Conversion introduced after Update 7. Note that this is only the main package that includes...

A compilation of fixes, enhancements and new mods for Dreamcast Conversion introduced after Update 6. This is a full release. If you have a previous version...

A compilation of fixes, enhancements and new mods for Dreamcast Conversion introduced after Update 5. This is a full release. If you have a previous version...

A compilation of fixes, enhancements and new mods for Dreamcast Conversion introduced after Update 4. This is a full release. If you have a previous version...

A compilation of fixes, enhancements and new mods for Dreamcast Conversion introduced after Update 3. This is a full release. If you have a previous version...

is it a malware? my antivirus tells me that the mod contains viruses.

Hi! I seem to be having an issue with the Dreamcast DLC mod not updating correctly: After downloading the update it shows an error message which says "Failed to update mod Dreamcast DLC: The directory is not empty. Press retry to try again or cancel to skip this mod."
Unfortunately, retrying never seems to work and trying to verify tells me that 35 files are missing. Any ideas?

It's a bug with the Mod Loader's update system, I can't do much about it. The update actually goes fine, it only fails to update the manifest. You can get the full mod package here: Dcmods.unreliable.network

Okay, thank you very much for the response!