NEW PATCH 2.202 COMING SOON!!
If you get a crash during play, then increase your virtual memory:
Win Xp: Google.com
Win 7
Google.com

FIX Download.taleworlds.com
install 1.153 and play the mod on it, earlier versions of warband will always give you errors, so if your on 1.158 or 1.160 you should be fine as well.

if your stuck on the storyline, then subscribe to ReformistTM playthrough of Light and Darkness, its very helpful!

Light and Darkness Part one by ReformistTM
www.youtube.com/watch?v=YajtJoGcZpk
Before You Play, you must acknowledge that this mod uses Light and Darkness Mod created by Oo Long as a base, therefore all the features of the Naruto mod I created myself listed here, while the others not listed are not:

and set it as your signature on forums and spread the word about the naruto mod for warband! >:D


Support the narusimu project please www.moddb.com/games/narusimu
Youtube.com
this is what this mod is based off of, just in case anyone was wondering. I'm so proud that this mod can display atleast a few of these techniques.c++ or runtime error? go here Forums.taleworlds.comerror saying it can't load texture fabric_plain? uncheck load textures on demandif you crash on startup, switch dx9 to dx7 in the launcher's configuration
before starting a new game, please make sure your virtual memory is increased or it will crash,
if your game is in chinese, then go into both the module and main languages folders, rename en to cnt or cns(whichever works) in both folders respectively and set the language to chinese.
if you get a postfx error of any kind then make sure your directx is up to date.
if you keep getting a crash when talking to a companion or encountering any party on the travel map, then open up module.ini find disable_moveable_flag_optimization = 0 and change that 0 to a 1, if that doesn't work then turn off dynamic lighting and the stuff below that in video options ingame.
known bugs : soldiers sometimes refuse to charge , solution press "-" button to charge them individually, or press backspace and select them all and click on charge on the command options.Here are the credits for Light and Darkness:
Producer：oolonglgxAssistant of Planning ：ybn100 、老高
Assistant of Literature：ybn100 、老高、流浪的游侠
Assistant of Art design：小一乱跑、莱恩、kelavis、暗暗十分、阿斯塔拉诺、su2006
Assitant of Writing：ybn100 、老高、流浪的游侠、nieyb1、tl10、踏银
Assisant of Music Edit：NORA_LEE 、ybn100
Translation from Chinese into English：Ginn、NORA_LEE
credits for other sources:
Band of Warriors: Steel armor set, death mask, Head hunter's crown, a arena scene model. Thanks to fisheye.
The Tripartition：A crossbow, a shield, a horse. Thanks to muyiboy.
TLD：1 helmet, 1 grove, 2 shields, 1 axe. Thanks to Ancientwanker.
1 set of LOTR weapons made in MNB Chinese forum.
Two axes and three swords made by TheRock: administrator of ali213 forum.
kanesunny from MNB CHN forum: Matchlocks
kelavis from MNB CHN forum: Extinguished knight armor set, first released in this MOD.
Ninja8181 from MNB CHN forum: Medieval equipments pack for MNB
ly_szc from MNB CHN forum: A set of MU female armor and a set of male armor
magicxx from MNB CHN forum: Female ninja armor set
theguard from MNB CHN forum: Kunai and Ninja weapon container
flyfly-1 from MNB CHN forum: A set of dark lord
su2006 from MNB CHN forum: A set of boots
sylxs from MNB CHN forum: A elven blade
romawushi from MNB CHN forum: Rebinded skeleton of talak_horse
poiuytrewq from MNB CHN forum: Aromr of Sword sister and Dragon warrior
txzwxm from MNB CHN forum: Blades, swords and lances
D.Kaede from MNB CHN forum: A map of Caradia
baixiong from MNB CHN forum: The repeating crossbow
mskimizd from MNB CHN forum: The shield and lance
破碎之人 from MNB CHN forum: The whole set of plate armor of 16th century
Talon：Standard Weapons Upgrade Project
Eisenhouwer：Cries of War Soundpack v2.0 beta
Ursca: A set of helms
Yoshiboy: A set of troll equipments
OSP Spak_Items
TES4_OSP_Andragorn 2in 2.0 naruto rap music credited to Eddie Rath
in both versions, music credited to ,toshiro masuda, Shing02, ParagonX9 ,nomak,nitsua, and nujabes(may he rest in peace), Tsutchie, Fat Jon, Takanashi Yasuharu, Outkast, and Nickelback, Motorhead, Chamillionaire, and Ryo Koike and Wakana Hara, Da Octopuss, E.S. Posthumus (epic opening and chorus songs), musesharingan eyes for female and sharingan eyes in general credited to DH264
Dh264.deviantart.com

Update as of March 11th

There will be three separate mods: But the main mod we are focusing on right now is the warring states period mod. 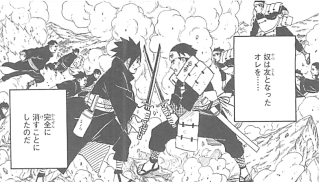 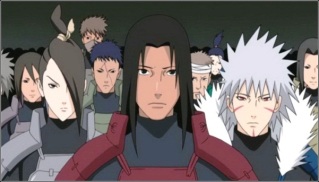 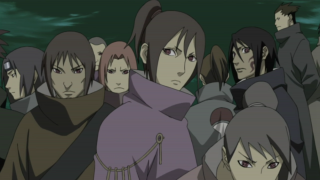 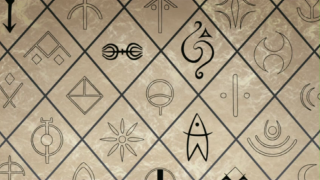 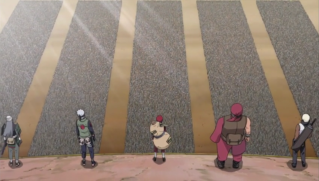 this era focuses on the modern factions of the naruto shippuden world, with the option to force all the factions and their vassals to unite under the name of the Shinobi Alliance, giving all the troops of the shinobi alliance alliance headbands. 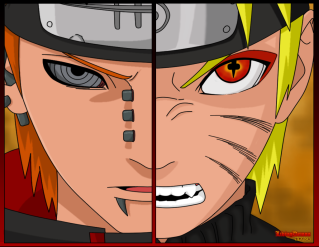 this era focuses on the events before the 4th great shinobi war and will include the naruto vs pein arc.

Dafaq1029 is writing some stories for the mod, which are more in-depth than the stories the mod currently has.

this team is in dire need of more recruits, go here
Moddb.com and apply.

Researchers
people who know their naruto history and will school us in what clans exist during the warring states or etc.

3d Modelers
we really need modellers, so we can start overhauling the models and graphics the mod currently has.

Scene Prop Modeller
modelling the buildings in the ninja villages

Sceners
editing the villages and towns to make sure the ai can move about or spawn.

animations should be saved in .smd format

for new explosive and quick animations such as attacking, jumping or death animations and more

Coders
those who are experienced in editing the module system

those who know their C++ may find the module system to be a little similar. 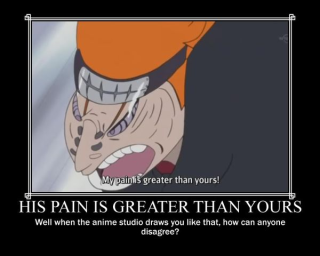 if you don't do any of this then pm me about what you do and I'll try to see how it can improve the mod.

made this to archive the ideas so when I do work on them, they will be right here to review and put into the game! 1/1/2014 time to get crackin!

Using the naruto mod animations in other mods.

This tutorial will tell you how to copy the animation data from this mod and use it in other mods, its a very quick tutorial.

This Tutorial will explain in detail on how to import hairstyles from a brf for use in your mod.

What this does is improve the graphics, adding bumpmaps and specular shading the naruto models, giving them a more realistic feel. For example, forehead...

Are you tired of getting destroyed by crazy jutsus in only 1 minute of battle? I hereby announce 2.201, here are the changes: Sped up attacking animations...

For those who want to play it, but don't have winrar or the privilege to install it. This is all you need. Why did I upload this? Because some people...

Music from 1.0 released last year, this time including all of the music that was there, not a few songs added onto it. I recently released a similiar...

the sound from the wip release with 1.0 sound added.

the sound from the 2.0 release, released on september of last year.

Can someone fix it for me? It kept on crashing my games once I open it up.

The words below are appearing on my screen after it crashes:
get_object failed for texture:steel_greaves

Anyone found a way to bypass the the Madara thing? Last time I played I got that bug where we could not beat Madara cuz even when I drew the sword at full power, he would not die. And when I used cheats to beat him it still said I lost. How close do I need to be?

can somone help me please

Can someone tell me what is the song used in the intro when creating a new charekter that slide show of Mandara againts the Nija shinobi aliance thanks.

So i did the " Legendary Ninja" Line and im stucked in Zendar even it says in the beginning of the Character Creation that if i chose this text i am free of this cursed City. So why i cant leave this **** place tho?

I would like to play the Story in this mod but it seems to be bugged AF so i can only play this mod randome as OP Madara Uchiha and killing everyone :D

Sharingan for sales on shops? Could make it like a choice while character creation that it is only available to uchihas

ITS MY FAVORITE MOD :D

Single Player
Tags
Embed Buttons
Link to The Naruto Mod for Warband 1.153 by selecting a button and using the embed code provided more...