R.E.C.A.G.E.D. adds new features to Cayle George's Half-Life: C.A.G.E.D. and globally energizes the gameplay by replacing existing weapons or tweaking them to their limits to fit better with the theme and level design... I was experimenting with Half-Life's code and it gave me the idea to tweak C.A.G.E.D. because I felt like it was missing something, even though it is a masterpiece already.

Half-Life: C.A.G.E.D. is needed in order to play this tweaking mod

In order to play this mod, extract the caged_fgs_addon folder inside: 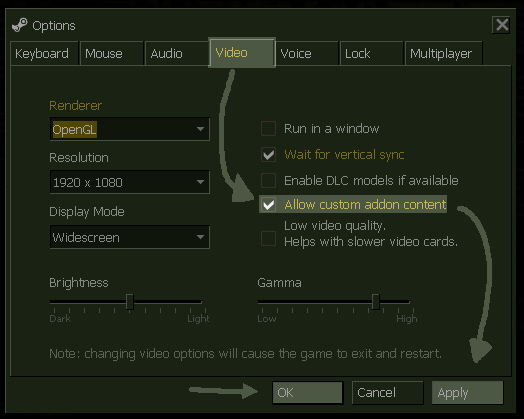 To disable the mod, simply do the opposite.

First release of R.E.C.A.G.E.D, be sure to report any issue.

I like how the scientists actually look like prisoners, now we just need the HGrunts to be remodeled to look more like prison guards with riot armor.

Good job!
I played in CAGED with this mod again, and all changes looks very naturalistic.
That's what CAGED is need.

did you make the weapons good to use unlike the original C.A.G.E.D mod

The pistol has blue sleeves for me. Could you fix this please? GREAT MOD OTHERWISE!

I have created a fix
link: Gamebanana.com

Wow. I am surprised someone got to this issue before the creator. I couldn't find the texture files in both the game directory and the mod directory. Could you explain how you fixed this please? I'd appreciate it. Thank you.

I know how to install it. That wasn't what I was asking. Thank you though.

I think I know, but I'm not sure. Is the texture bound to the model itself, because that is all you have in this download. I'm more familiar with Source than GoldSource, so I wouldn't be surprised. Thanks again for a wonderful fix.

Got it. Thank you for answering my question.

The reason they didn't change the sleeve color is because on the default FOV setting, you wouldn't even see them, so when I change my FOV to 104 (from 90) to compensate for my usage of widescreen it becomes a problem for me.

Also, I am having the same mouse problems a lot of other people are having when the mouse filter and raw input are on.