The latest full release of this mod REQUIRES GZDoom 4.5.

This is a gameplay mod for DOOM II, Final DOOM, and FreeDOOM that aims to adapt the mechanics and weapons of the Ratchet & Clank series into GZDoom. There are a total of 27 weapons that can all be leveled up through the acquisition of XP, with all but the Omniwrench transforming at V5. Maximum health can be increased in the same fashion, reaching a maximum of 400.

You'll be facing off against an extended bestiary with more complex behaviors than your standard DOOM monsters.

Lastly, a mapset is in the works for this mod. Any and all help is welcome on this front.

I have No Self-Control: Version 3.0 Is On The Way

It's been one hell of a year since the last article got posted. I got my Master's degree, started working as a full-time instructor, began gender reassignment, went through a slough of personal life stuff both good and bad, and clocked over 50 days in VRChat.

But you're not here for all of that. You're here for DOOM! So what's been going on with Hot and Bothered? Quite a lot actually. With an extended break taken from the mod, I came back to it with fresh a perspective and lots of ideas. Let's talk about those, shall we?

AT the top of Enhanced GFX and Gameplay Mutators, you'll find buttons that set everything according to a set of parameters. Think of these as serving suggestions.

Inside Gameplay Mutators, there's now a Jukebox menu that gives the add-on section a reason to exist when Bolognese, Weapon Wheel, and Damnums aren't present. It's what you think it is; a music picker! Put Annihilation Nation in your load order and you can select those tracks too.

Many Ratchet & Clank games allow you to cycle through your most recent weapons. I managed to make that work in the mod! The quick slots and main gun options are still there. 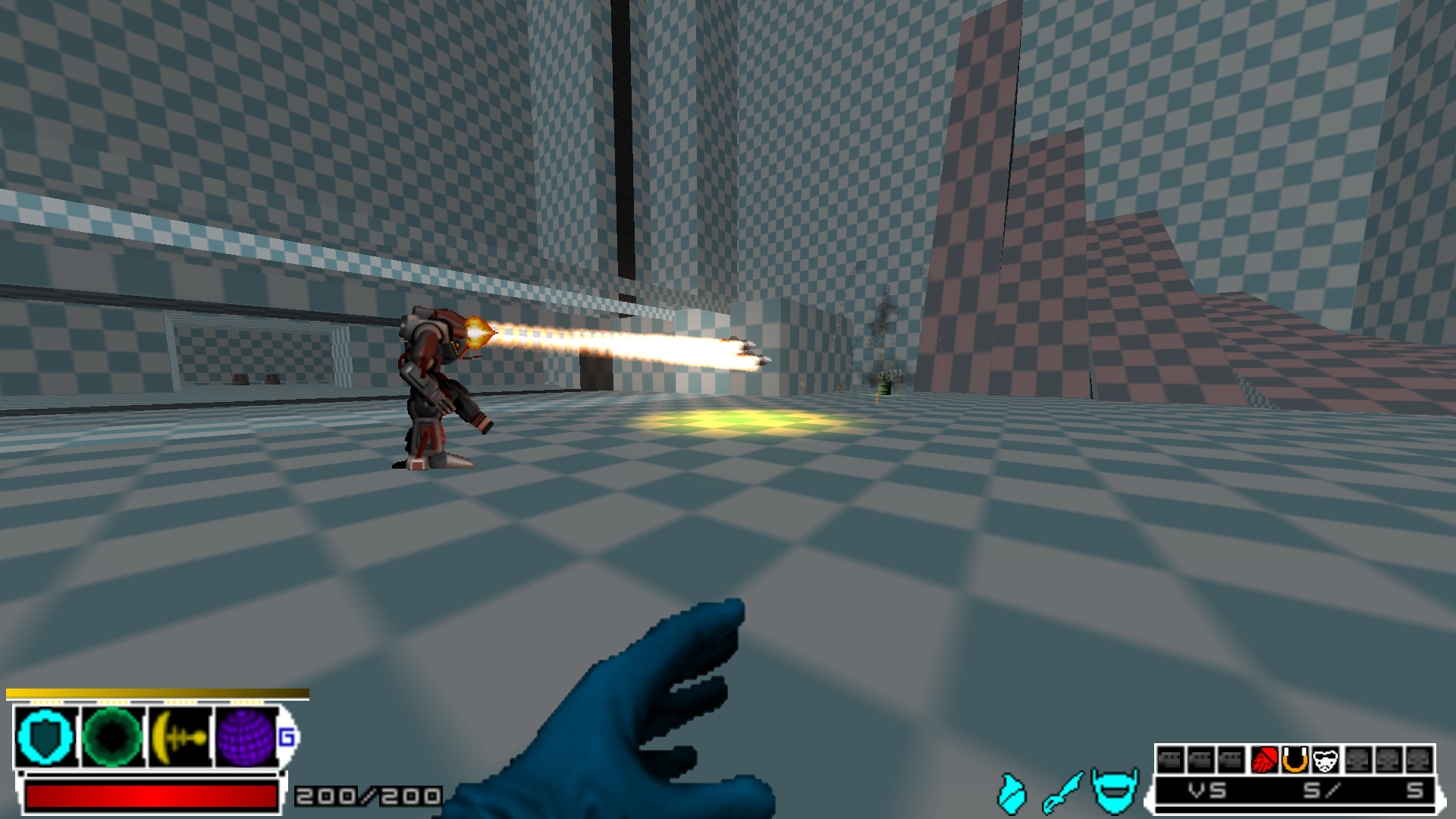 It's all fixed amounts now. Increasing your ammo capacity doesn't mean you get more ammo from capsules. Ammo caps have been largely decreased, with the Arbiter and Hoverbomb Gun getting an increase so they're more useful. The refill you get from Amm-O-Matics now scales with difficulty, from 5x all the way down to none at all. Ammo capsules never count toward the item total now.

The mod now tracks the total number of dead monsters across a whole campaign. You can toggle the display in Enhanced GFX where all the other HUD stuff is. 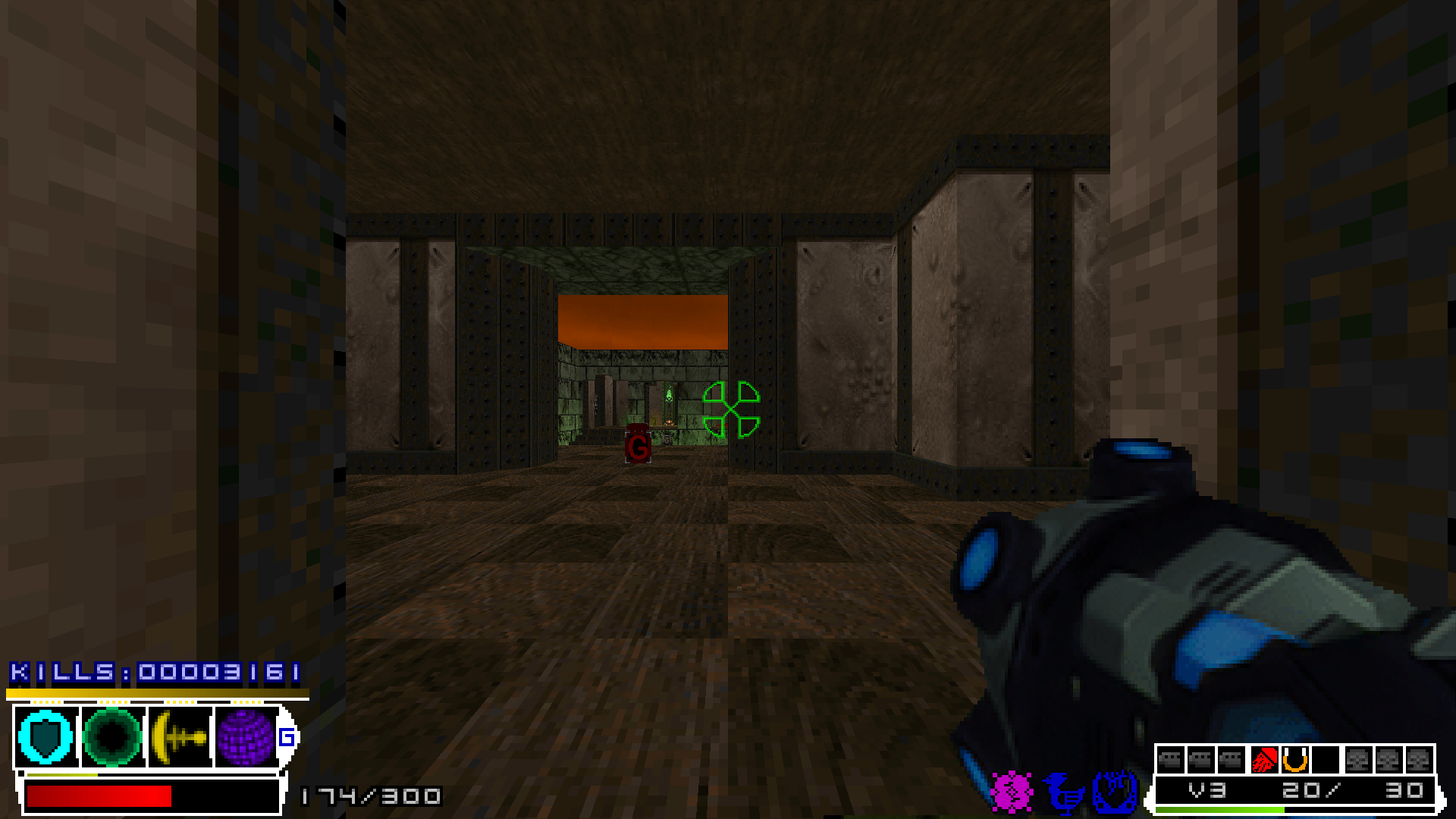 It's not just monster health and damage anymore. You can tweak monster speed, as well as ammo and health received from pickups.

With X-grade spawns (which now include Annihilation Nation's monsters) come these little bastards replacing furniture objects just to throw you for a loop. They don't count toward the monster total, so if you need to avoid them, it won't hurt your chances of getting 100% kills.

I can't really do all the wacky elemental effects from Deadlocked in a way that's balanced and sensible in GZDoom, but this is a second-best option. Monster pain chances are influenced by what elements they're weak or strong to. When New Game+ hits, these affinities affect damage. Oh yeah...

What's a Ratchet & Clank experience without Challenge Mode? This can now be accessed outside of Annihilation Nation. Just load the patch corresponding to your game and, upon finishing the last level, you'll go to a trophy room to activate NG+ and press a switch to return to the first level. Patches for Doom 1 will also take you from the end of one episode to the start of the next with all of your stuff. You'll find one for both Inferno and Thy Flesh Consumed. 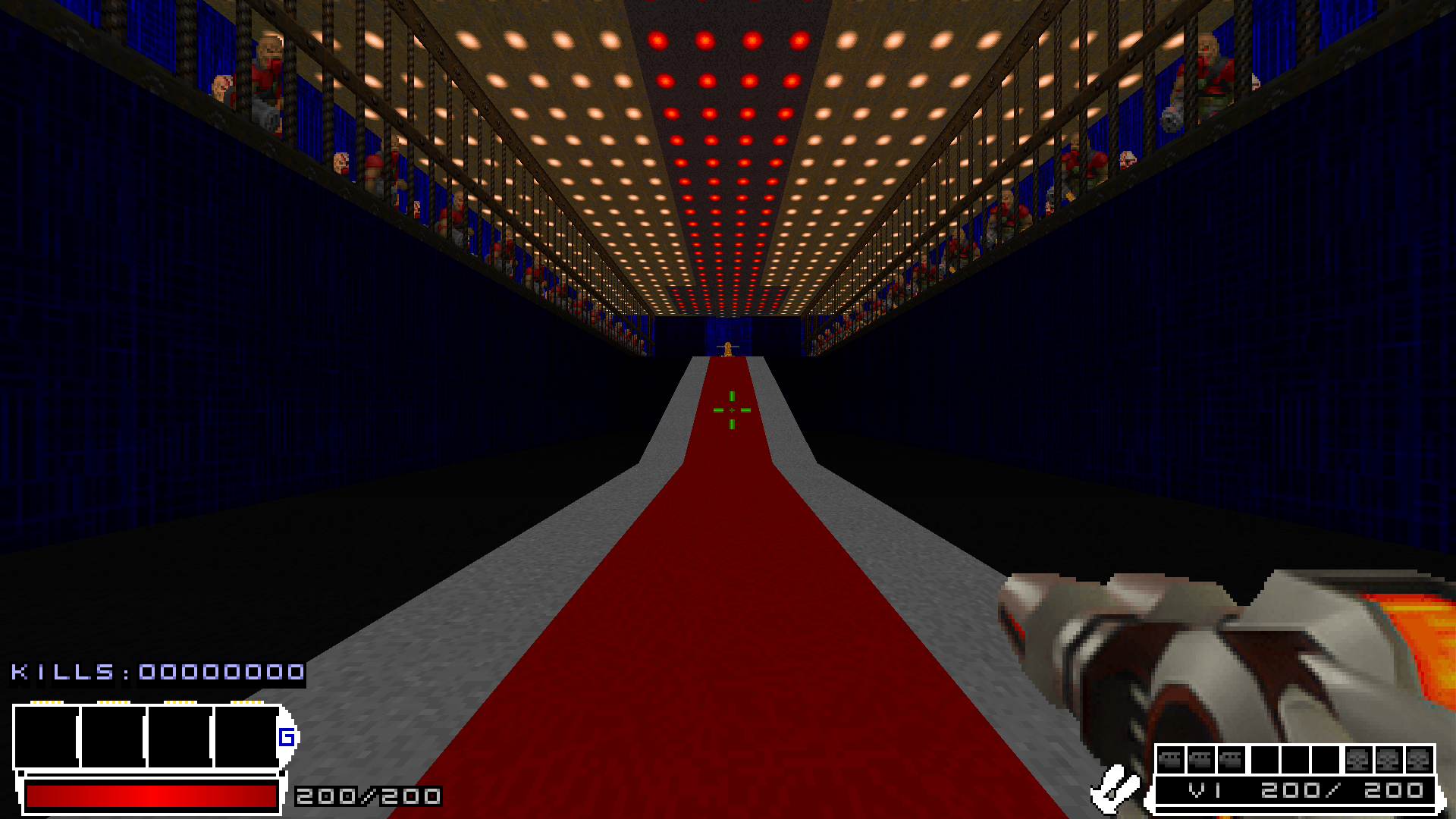 A whole host of quality of life changes and rebalancing have been done. The mod is now overall harder but more fair, and the game doesn't randomly explode and corrupt saves anymore.

I haven't forgotten the maps! Those are still very much on the to-do list, but I'm going to need help for that. I have design documentation written up for them, but I don't have the time to do it on my own. If anyone's interested in chipping in, reach out to me here, or you can find me on Twitter (Scarlet_Mango).

That about covers it. The plan for releases is to have 3.0 out sometime in the coming months. If all goes according to plan, subsequent updates will add maps and patches, as well as further improve the game balance and address any bugs that arise.

If you have ideas, feel free to send them my way! I've been asked about a shop mechanic for bolts by everyone and their goldfish, and that's still off the table, but any other ideas are welcome.

A bit more detail about the release of Hot and Bothered 2.0 than what's shown on the file page.

It's been a while since the last WIP, so here's an update. This one's a doozy!

Not as much progress on the maps as I had initially hoped, but weapons, monsters, and everything else on the gameplay side is as good as it's going to...

As mentioned in the last article, there are now new sprites and a new map for players to enjoy!

REQUIRES GZDoom 4.5. This is the final gameplay update for the mod. I'm going be focusing entirely on the maps that go along with it from here on out...

Less than a week after releasing the updated build, I found a pretty significant bug that renders the Decoy Glove unusable for the remainder of a campaign...

Initially, this update would have been put off for the release of the first map preview, but after a great deal of feedback from players and testers...

This is a minor update that focuses on bringing in features exclusive to the maps that I will be including in the finished build of 1.2. I've included...

This is primarily an audiovisual update to the mod, but a couple weapons behave differently, as shown in the changelog. As of this version, a third expansion...

This is the final gameplay update for Ratchet & Clank: Hot and Bothered. I initially intended for this to be the beginning of maps rolling out, but as...

I'm a huge fan of the R&C series and i'd absolutely love to play this mod, but for some reason no matter how hard I try ZDL won't load the pk3 files and simply just loads Doom 2, does anyone have any advice on how i could get it to work?

If you wouldn't mind taking screenshots of your ZDL tabs, I can check it out and maybe find the problem. Best thing I can suggest without a visual is make sure all your file paths are set up right.
Sorry for the late response. I'm trying to secure a more long-term teaching job at my university.

This is the first I've heard of the issue. I will take a look, but neither of those should be happening.

For the PowerD0 item issue, check the monster health and damage sliders in Gameplay Mutators to make sure they haven't bugged out. That's what the item would be related to, but 0 is not a possible value in the range given.

Appreciate the response! it seems to work now so I thank you!

in other words, I love the mod! I've been a huge fan of Ratchet and Clank ever since I was young, and seeing someone merge doom with a game I love is great. awesome work.

i'm stuck in the first level of annihilation nation

i cleared the rooms, but all there is is a hole that i can't get up to

and i can't get through the first map

thank you for this mod :)
i am a huge Ratchet and Clank fanboy ever since i was a kid

(i always get surprised whenever such, impressive or awesome mods happen, like my friend Quentzel said, the modding community never lets you down)

(also are there any good custom maps that fit with the RnC mod ?

also is it possible for gadgetron vendors to be in the mod ?

Happy to hear you're enjoying it!

Any long campaign mapset will do you just fine. Bella 2 is a fun, silly choice. Maps of Chaos is an obvious pick. Scythe 2 is great. Those round out my go-to WADs. I'd avoid anything that enforces pistol starts though.

Gadgetron vendors could be done with the aid of ZScript. I just decided from the start that was more than I was willing to do, as I felt it would disrupt the flow and balance of what is still Doom.