This mod REQUIRES GZDoom 3.6 or later. 4.1.3 is recommended. This is a gameplay mod for DOOM II that aims to adapt the mechanics and weapons of the Ratchet & Clank series into GZDoom. There are a total of 24 weapons that can all be leveled up through the acquisition of XP, with all but the Omniwrench transforming at V5. Maximum health can be increased in the same fashion, reaching a maximum of 400. You'll be facing off against an extended bestiary with more complex behaviors than your standard DOOM monsters. Fortunately, hitscan is more or less absent from the mod. Player agility has been enhanced with faster speed, double jumping, and gliding. The package contains modified versions of gleasspty's weapon wheel and Sgt_Mark_IV's Bolognese gore mod. Lastly, you'll find two playable maps inside the main pk3: a tutorial map to get players used to the new mechanics and the hub map for the Annihilation Nation arena.

Initially, this update would have been put off for the release of the first map preview, but after a great deal of feedback from players and testers, many changes were made to weapons. Most of them were small, but there are enough significant ones to warrant an earlier release. I have gone ahead and put what I have so far for the maps into the pk3 file so there is something to show, but it is grossly incomplete. Beyond weapons, there's one new mutator, allowing you to turn explosive barrels into the various crates that will appear in the maps. Additionally, the mod is now fully playable with FreeDOOM! See the changelog below for these and other alterations.

ADDITIONS
-Eight varieties of crate: wooden and metal bolt crates, small and large ammo crates, small and large Nanotech crates, checkpoint crate, and explosive TNT crates.
-Option to have all explosive barrels replaced with random crates. This only applies outside of the maps bundled with the mod.
-Compatibility with FreeDOOM! (minus some minor things here and there)

WEAPONS
-Omniwrench takes 50% more XP to level up, returns to the player immediately after impact until V5, and has an up sound.
-V3 and V4 Chopper blades bounce off surfaces more, but can only hit 4 targets before breaking. Additionally, they are much less aggressive in seeking targets.
-Many weapons have increased recoil and altered sprites or sounds.
-BLOODSPLATTER flag added to most projectiles.
-Lava Gun and Liquid Nitrogen Gun have added sounds and drip effects.
-V3 and V4 decoys attack nearby monsters with flames, but only two can be placed at once. Zappers fire Splitter Rifle shots. Throwing either decoy plays a throw sound.
-N90 Hurricane fires significantly faster and has mild spread.
-Feltzin Device has been overhauled to be more unique. It now fires five bombs that explode in a shower of flak shards.
-Plasma Storm now floats around its target and has a 10-second timer before it dies.
-Morph-O-Ray damage increases faster with each level.
-N60 and N90 balls release debris upon impact.
-Seeker Gun shots actually connect with their target reliably now.
-Liquid Nitrogen Gun damage increased.

ITEMS
-Weapon and Nanotech XP baubles have been reworked into colorful bolts and washers.
-Challenge Mode doubles the effect of weapon XP pickups.

OTHER
-Map start lines only play 50% of the time. They do not play at all if there are no monsters in the map.
-All kills lines moved to "entering map" sound cue.
-Backing panel added for gadgets.
-Level scaling percentages no longer visible on the HUD.
-Levitator and air meters moved above the gadget panel.
-Items are taken away upon starting the Annihilation Nation campaign, rather than entering Zombie Complex.
-Enter text added to Zombie Complex.
-Higher intermission ranks are harder to achieve.
-There's obituaries now, since "%o died." wouldn't go away.
-Wall of "invalid flat" consome messages removed. This was the result of some terrain definitions for a variety of other mods.
-DONTSPLASH flag added to puffs, trails, and other effects.

BUGS FIXED
-The Chopper wasn't breaking after hitting it's limit of target hits. Solution: call A_Die and A_Stop to Death and XDeath states.
-If the player stood against a wall and threw the wrench, it would pass through. Solution: Have the wrench move back a bit as soon as it spawns. 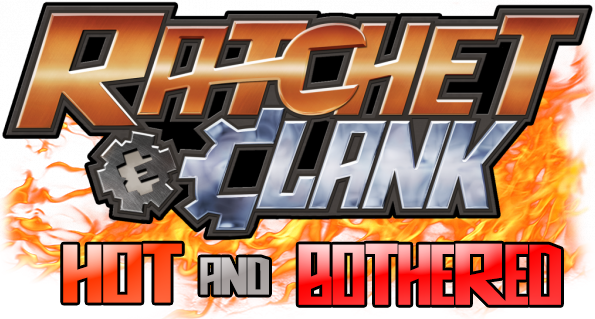