In the secret bases of locations only known to the most valiant of commanders exists a weapon system based on the American Tomahawk missile, its name homing from the Native American axe of the same name. Almost nobody knows what the capabilities of the weapon are, it's only for the eyes of some to see, likely their last.

PT:S is an enhancement mod for C&C Generals, bringing new content of all types to the fray. Take control of special weaponry or massive numbers up the PRC's sleeve, high tech precision weapons and rapid deployment which only is readily visible with the American arsenal, or use the battlefield and all its hidden resources available to you as the GLA. Tackle an enhanced AI that uses their own powerful arsenal as well, being ruthless and never giving a time for rest.

This mod aims to expand the arsenals of all three factions with their theme or play style being put into consideration. At the same time, it also aims to increase replay value for both multiplayer and single player as well. More upgrades, units, special powers, and secrets to be discovered.

This is mainly a passion project that partly acts as a mashup and partly its own type of mod!

Much of PTS has been made possible with the intersection/crossover of several Zero Hour mods and their content, so be sure to check out each individual project below!

After three years, PTS Version 1.2 Beta is now available and ready for download! This release aims to include more content for each of the three factions, enhance/add new mechanics, as well as implement thorough fixes of bugs and glitches reported in previous releases. 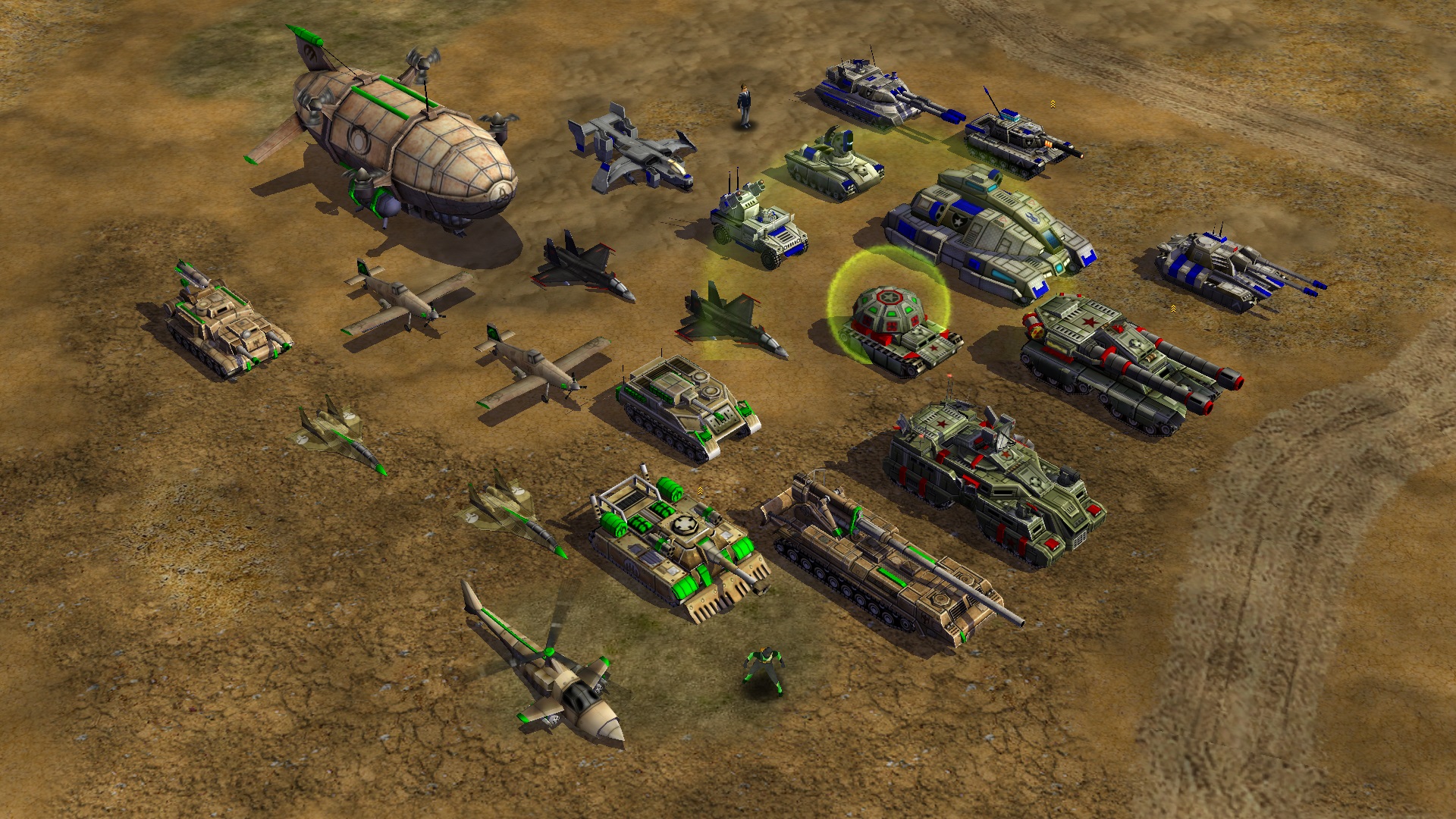 Every faction sees a few new updates and additions to their arsenal, with the partial Heroic Weaponsets and pilot Stolen Tech system at the center of the additional content. 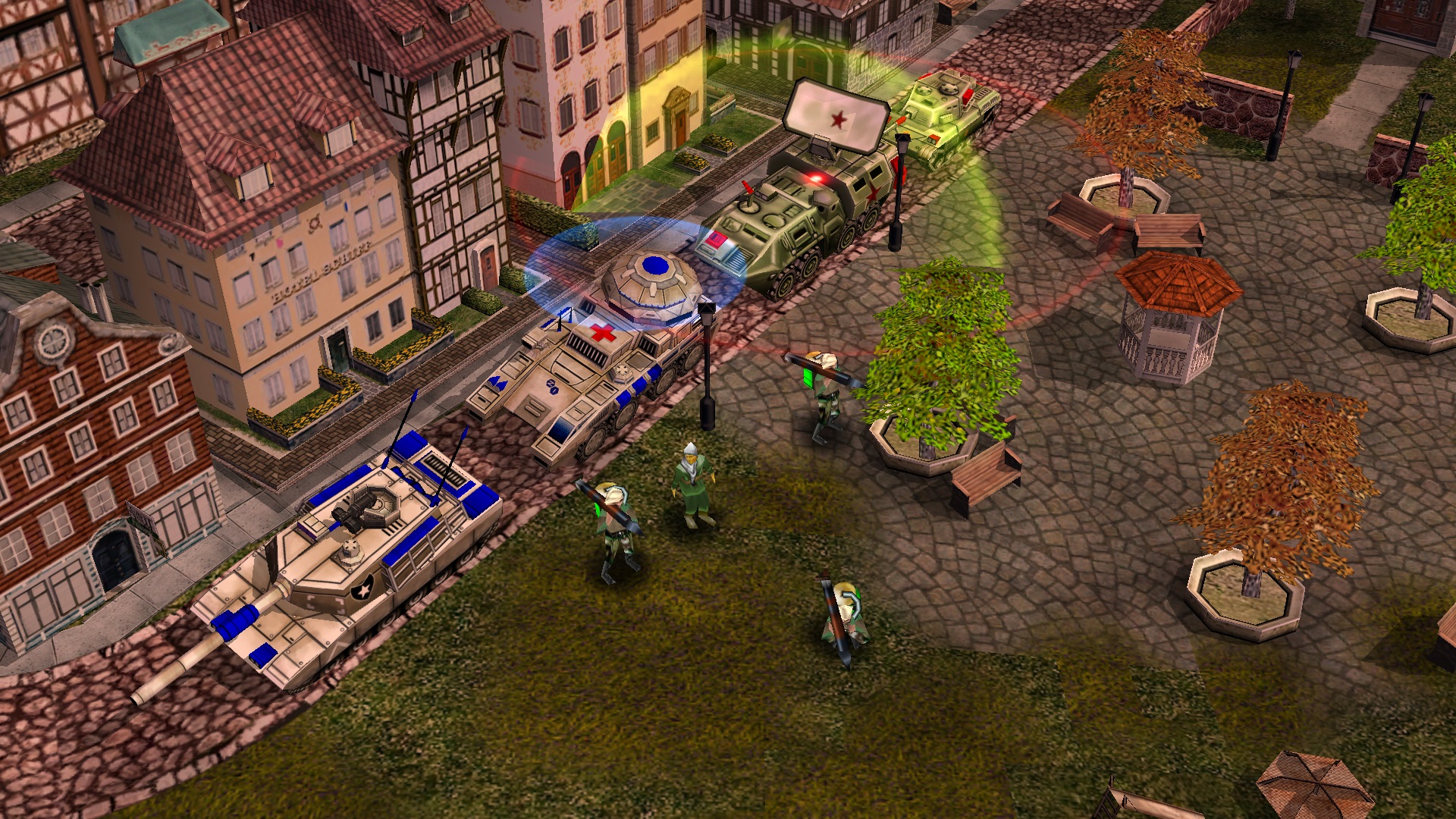 As a bonus, campaign units can now be summoned in Skirmish and Multiplayer, through the use of each factions’ respective support unit. Depending on feedback, how campaign units are accessed outside of singleplayer missions may change in the future. 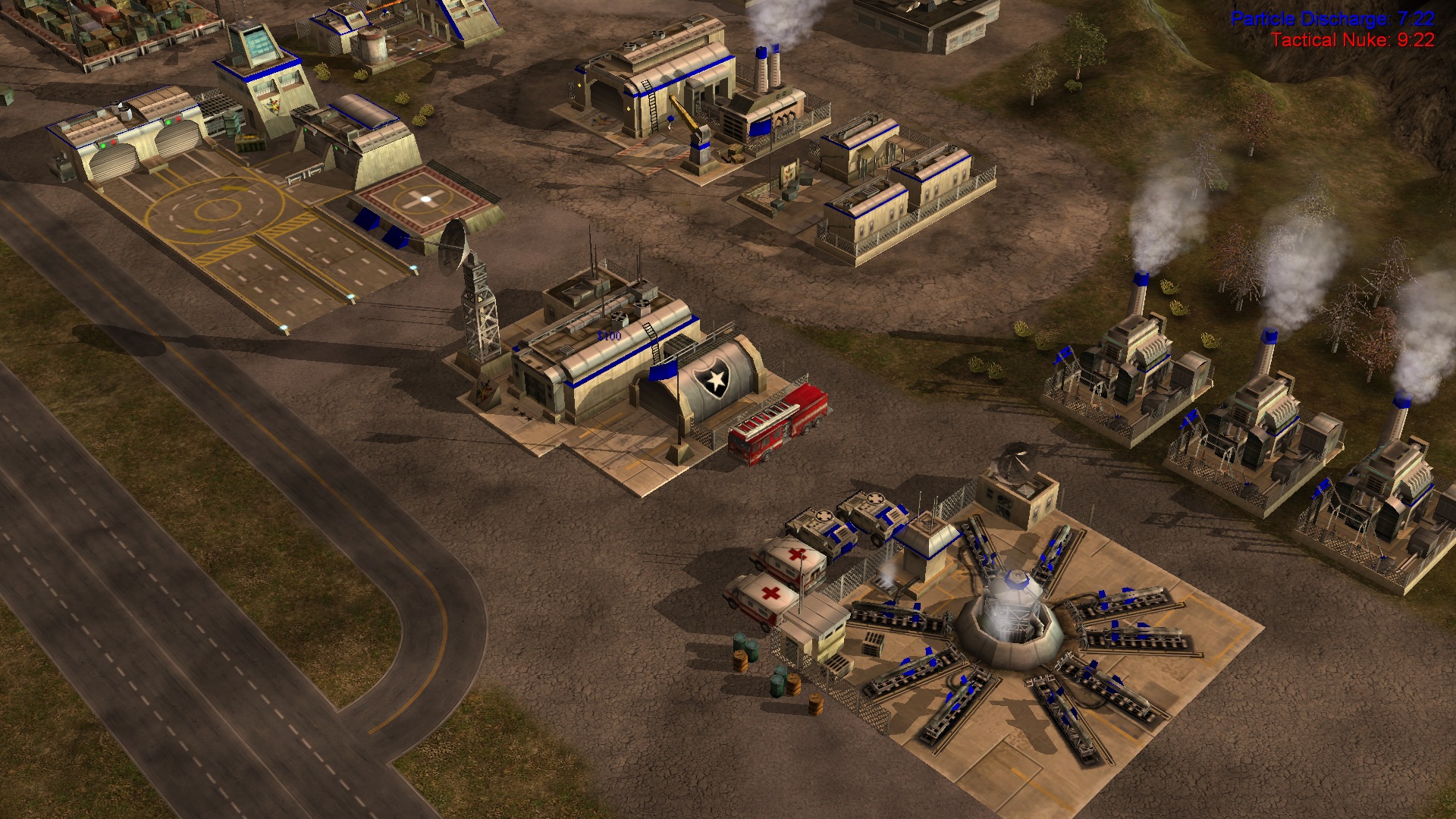 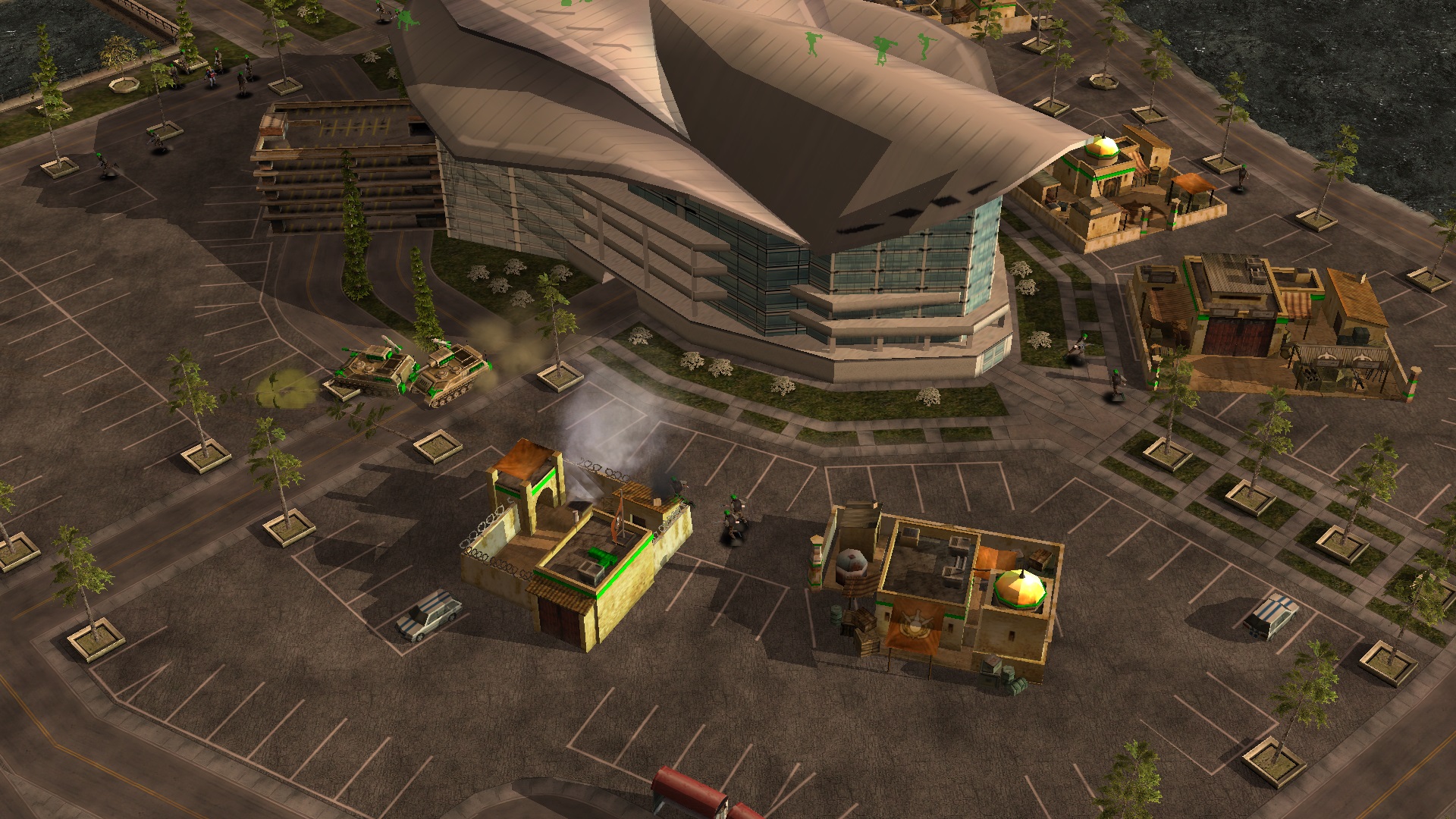 As previously showcased, several campaign missions have also had their own updates, ensuring a more engaging experience at the higher difficulties.

The Worldbuilder has been restored as well, so you can edit maps and missions again to your liking! 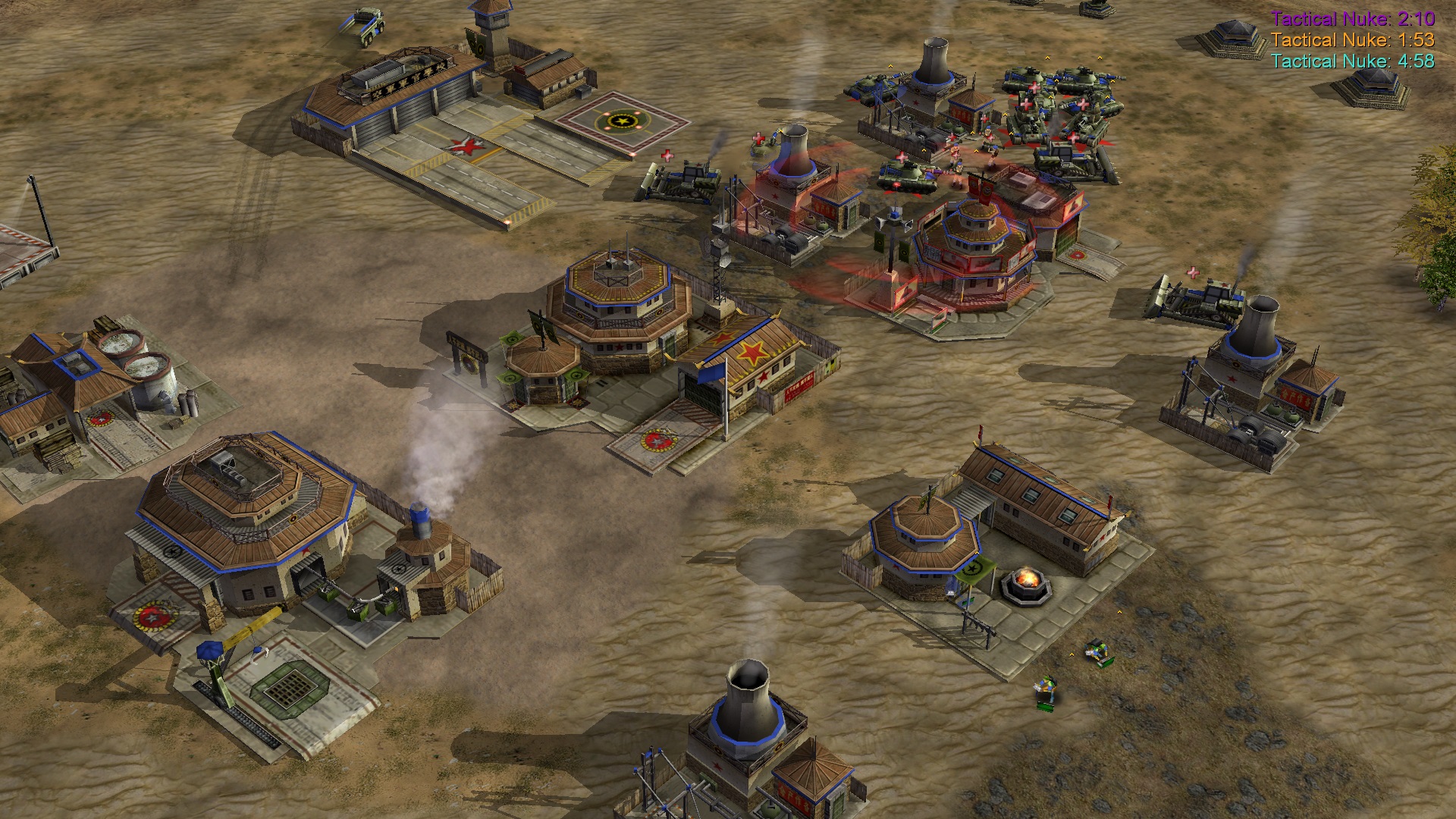 On a side note, the AI will get a full rebuild in the next releases, so this version has the original AI again (Skirmish is once again a more merciful experience).

I intend to keep working on the mod, contrary to what I’ve said before about just two more releases. The general scope includes finishing/redoing some art assets, effects, units, as well as experimenting with more ways to add to the current gameplay. The campaign will hopefully see a true enhancement across all sides, with existing missions/maps being expanded or revamped, as well as new ones being added. It'll take time, but we'll get to it hopefully!

For feedbacks and suggestions, feel free to head over to the forum page, otherwise you can visit our NLS server below to talk about your thoughts on the mod!

That’ll be all for now. Hope you enjoy this new release, and see you around!

A short article talking about 1.2 and some other plans.

A not so long article detailing what I've been up to, and where this project is headed.

The next release of PTS, with campaign improvements, enhanced visuals, bug fixes, and more content!

This tiny hotfix patch resolves a problem that causes China 4 to crash.

The next release of PTS, featuring even more enhancements and campaign support!

The very first release of PTS, appearing out of nowhere!

You mean that time when the control building(particle cannon) makes purple squares instead of beautiful particle effects? I get the same bug every time i have my particle cannon charged.
Also the Tiger tank(Gla tank which can be summoned by tactician) doesn't have the broken model, so we can see... nothing. No model. But tank is still exists and fights... LOL.

Hey guys! How can i set this game to wide screen resolution? I used all ways that i know. I tried to set it in options.ini, using gentool(haha), setting it in the registry, also changing label properties(adding -xres 1366 -yres 768). If you can help me, please reply to this comment. Thanks anyway!

Wide screen requires also a texture pack and control bar adjustments, not just stretching it with the resolution. I think currently there's only support for that in ZH

I found a doubtful solution: you can change resolution at GameData.ini. It works. But doing it, you will break ZH... All ZH copies. You will need to reinstall ZH if you will change GameData.ini in generals. So i think you won't do it.

one bug
USA 02, the second pilot can not rescue

Did you kill all the enemies surrounding the pilot? once I get rid of the Stingers/Rebels/Angry Mob the pilot can usually be picked up (you have to go near him)

The secret tank box is confirmed, it's been fixed for the next patch

I kill the enemy all map

I found the key to the victory at China 07(last mission).
Use Helixes, their napalm rockets help much.
I had the same problem, but i destructed gla with Helixes.