Operation Just Cause is a mod for the Real Time Strategy Game Close Combat: A Bridge Too Far, based on the real life Operation Just Cause. Giving players the ability to fight as either the US Armed Forces or the Panamanian Defense Force (PDF) and its paramilitary elements.

One of only a handful of total conversions for Close Combat: A Bridge Too Far, and the only one with modern weapons and equipment. Players can relive the short December 1989 conflict in Panama, by playing the Grand Campaign or can play smaller areas via operations or single battles.

Op Just Cause v1.2 is released!

This is it, version 1.2. For those who have already played an earlier version of the mod, you won't see any drastic changes. This latest version is really more of a refinement, than an overhaul of the mod. The most obvious change are the touched up maps, but there are also numerous small changes made to the data to improve the mod and fix bugs reported by users. Anyways, below are some new screen shots and a link to the download, which are both just a mouse click away. Have fun. 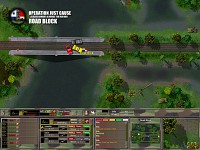 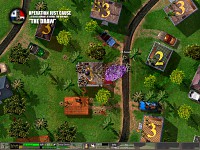 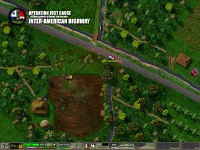 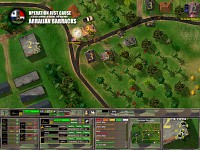 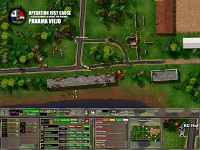 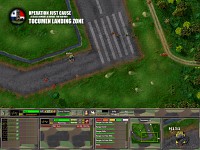 Still not convinced? Want to see more? Check out the v1.2 trailer.
Trailer for v1.2

Trailer for Operation Just Cause

The trailer for the upcoming v1.2 update for Operation Just Cause, gives you a taste of whats coming in the update.

Operation Just Cause will include: 124 new Teams 72 new Weapons 14 new vehicles 20 new maps An all new campaign Nearly all new sounds and graphics

Operation Just Cause v1.2 for Close Combat: A Bridge Too Far. Contains all files and instructions in order to install/run files.

what the hell is this?

Do you have any plans to convert it to the Close Combat re-releases being done by Matrix?

Currently no, but porting it over to The Longest Day is tempting since it would allow for the inclusion of night time battles.

Very enjoyable mod with loads of content although a little easy (?) Playing as Panama, I didn't allow the Americans to gain a single territory resulting in a quick game.

Also, at victory I had the German Victory video from the original game!

This is a well-made CC2 mod by an extremely talented modder. The attention to detail and the inclusion of the many units that participated in this action is superb! I love the new strat map... awesome!

A remarkable presentation of this historic conflict.

Thank you for all your efforts. Great job!

Lol!! There are Grand Theft Auto cars in your mod.

Close Combat: A Bridge Too Far