From the crew that brought you C&C Tiberian Dawn Redux for C&C Generals Zero Hour, C&C Red Alert Redux is now being developed and will be coming soon! Both Allied and Soviet factions from the original C&C Red Alert will be in the mod. Attack Dogs, Tesla Coils, Naval Warfare, and Chronoshifting are also in the works along with much more that is yet to be announced!

With Red Alert Redux we are leaning towards following the example art style done by Red Alert: A Path Beyond going for a more realistic tone with the sides using early 1950's to 1980's hardware. (C&C Renovato also did this, but never released) We got a lot of interesting ideas in mind that will be an enhancement to the original game with added upgrades and all new units.

As C&C Red Alert Redux nears playable status for a public release in the next few months, enough art and coding work was done with both main factions assets to present a teaser trailer featuring the mods gameplay in action here today. Check it out!

As done with C&C Tiberian Dawn Redux, the mod will bring back the majority of the units, themes, special abilities, and structures from the original Red Alert game, but with some twists and gameplay innovations to fit the C&C Generals Zero Hour SAGE engine. Campaigns are also in the works once the other issues are ironed out and the gameplay is stable. 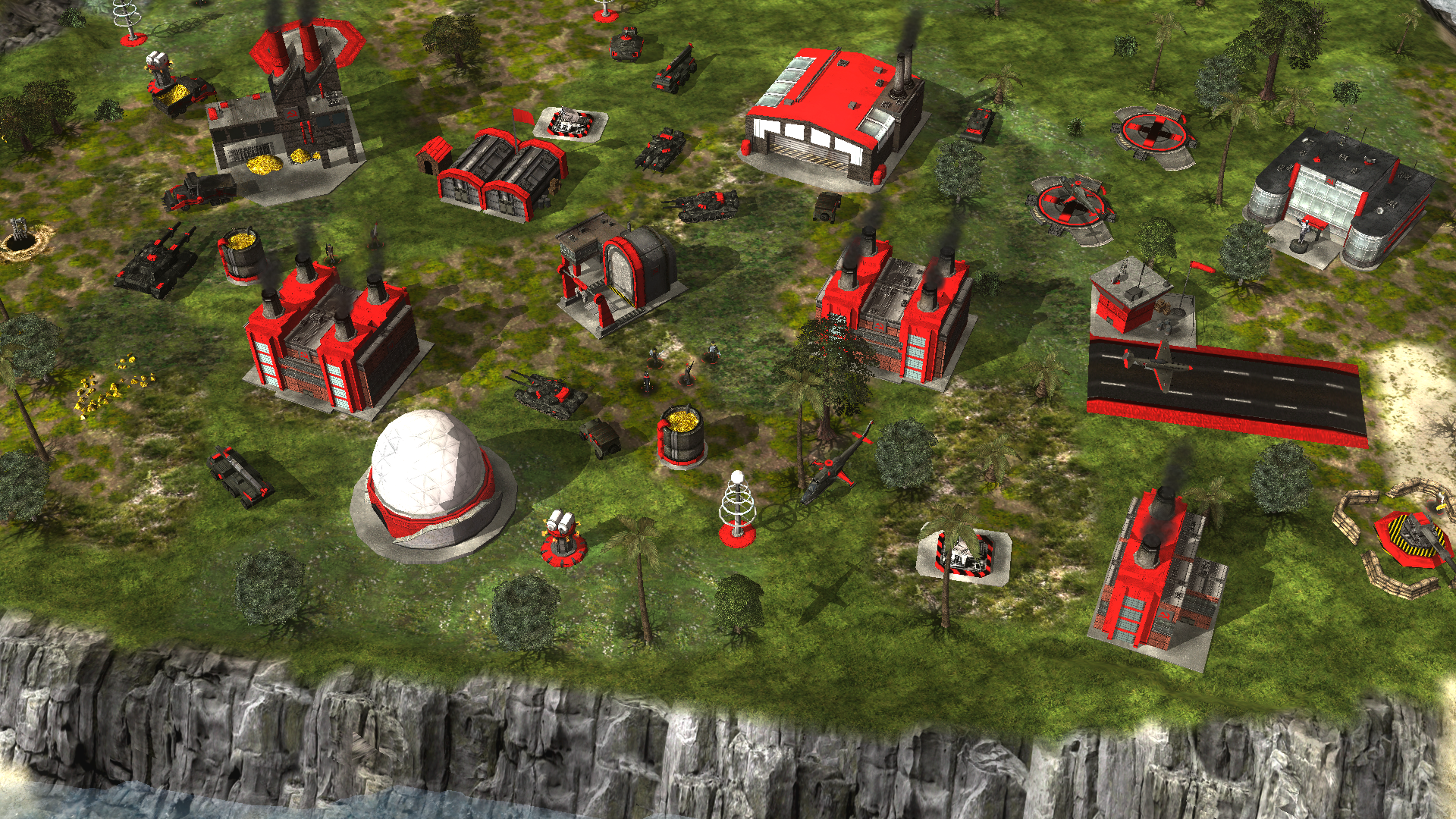 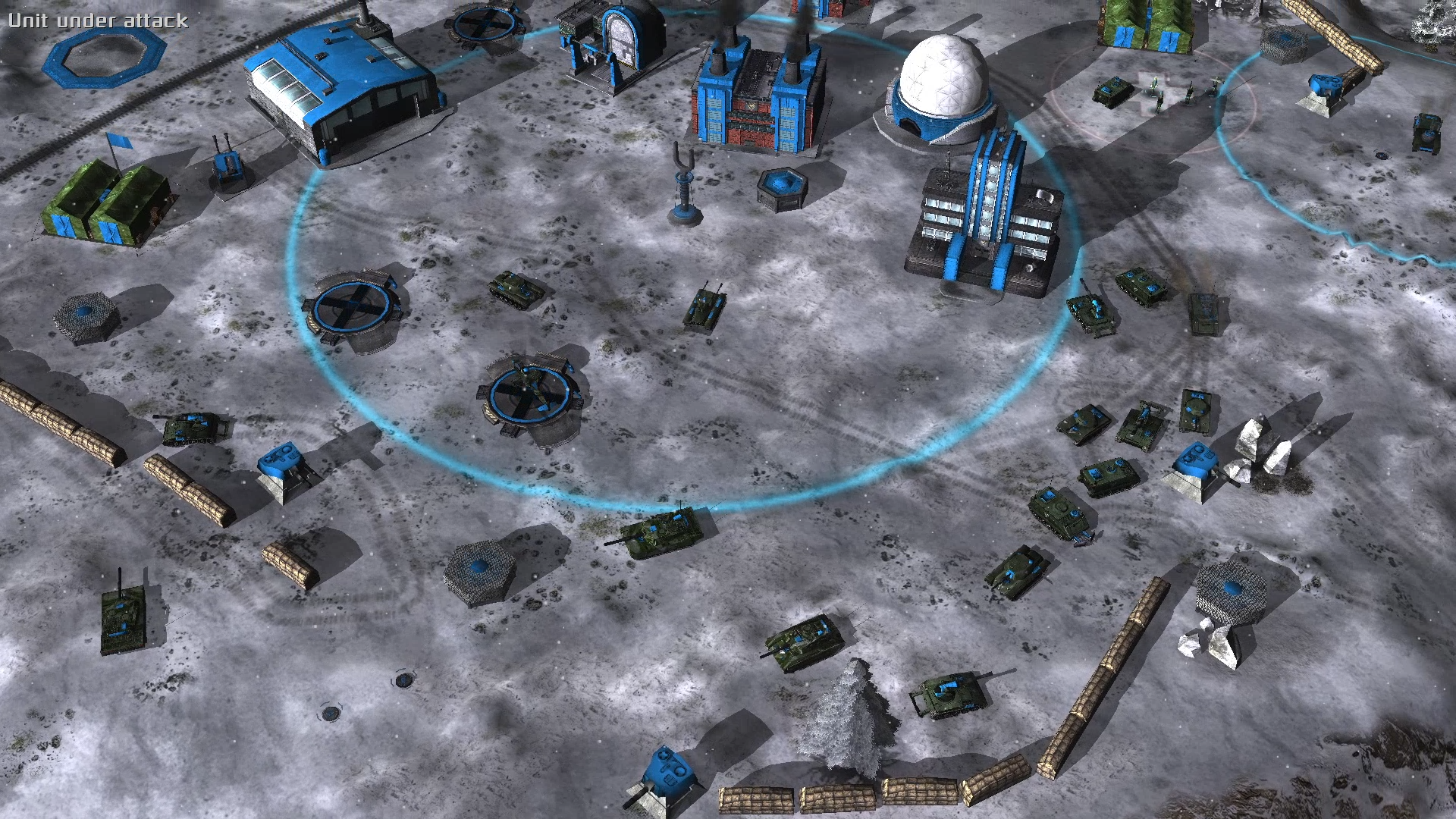 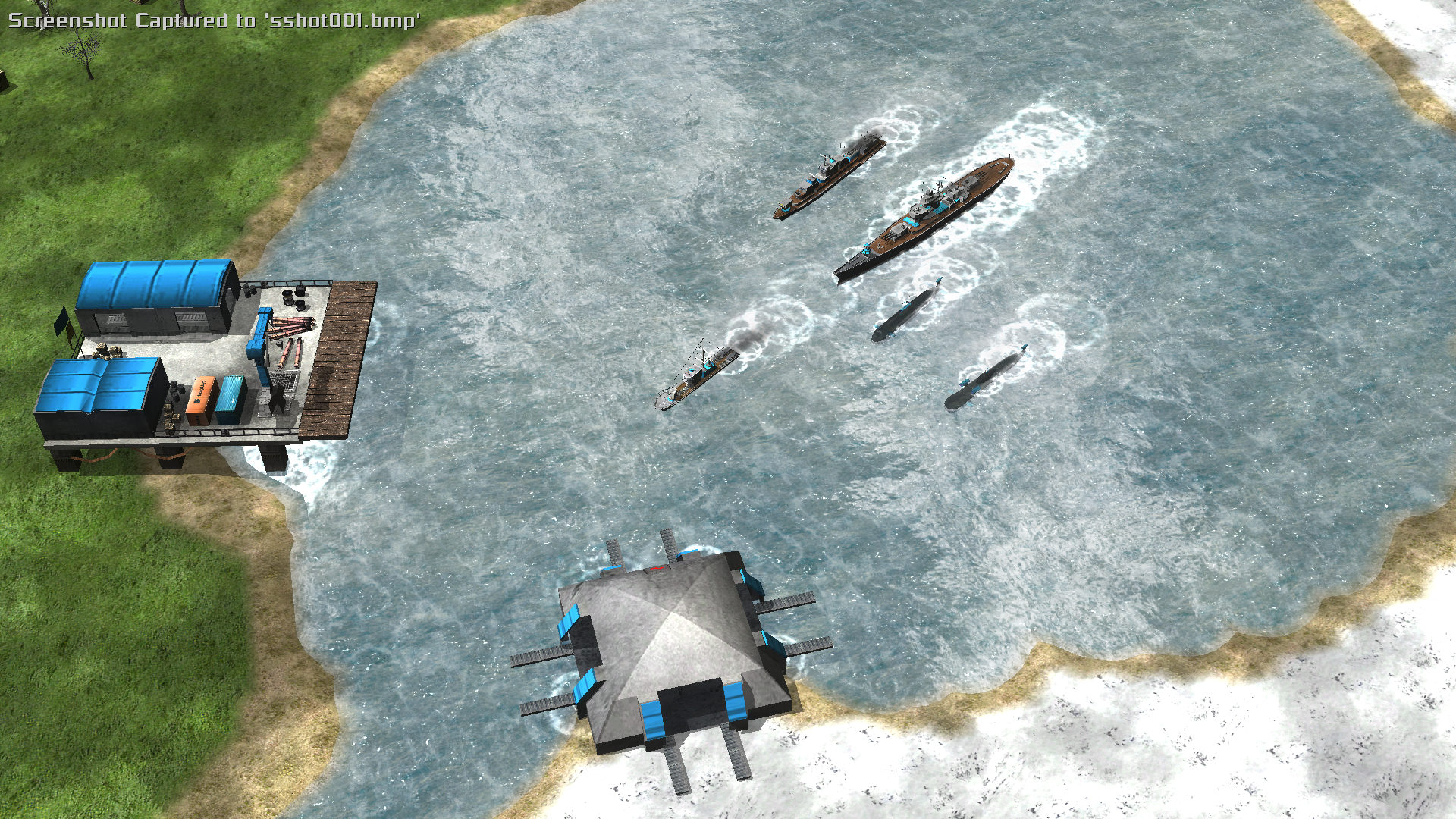 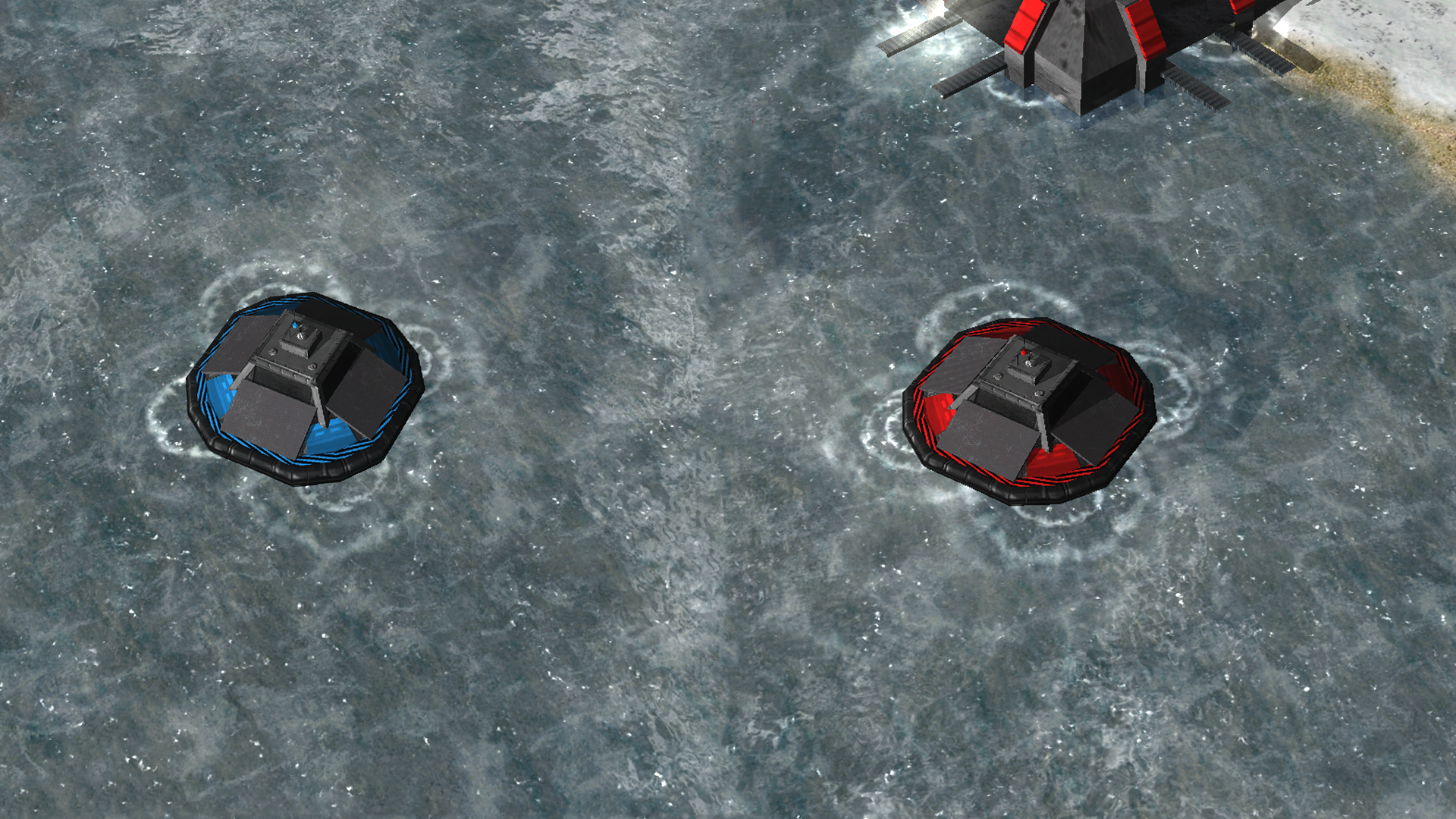 Naval Assets are fully implemented. The Gunboat and Destroyer are both equipped with AA turrets to defend against aerial targets and also deploy sea mines (similar function to the GLA Demo Traps) to use against seaborne intruders. The primary weapon of the Gunboat is a cannon equal to the Allied Gun Turret defense while the Destroyer has a Surface To Surface Missile Battery that can cause considerable damage similar to the GDI Gunboat in Tiberian Dawn. Both also have a Sonar Pulse ability to detect enemy mines and submarines. The Cruiser is slow moving, long range devastation that can quickly level structures or take out other ships, but has no mine or submarine protection so Destroyers and Gunboats are needed.

The Soviets have the Missile Sub and the Attack Sub. A skilled Commander will need to know how to deploy these. You can toggle a system in the GUI to prevent these units from automatically firing on enemy forces which will help them avoid revealing their position. (unless detected by enemy sonars) The Attack Sub uses torpedoes to attack other ships/submarines while the Missile Sub is best used for land based targets such as vehicles and enemy structures. Both also have a Sonar Pulse ability. (same as above) 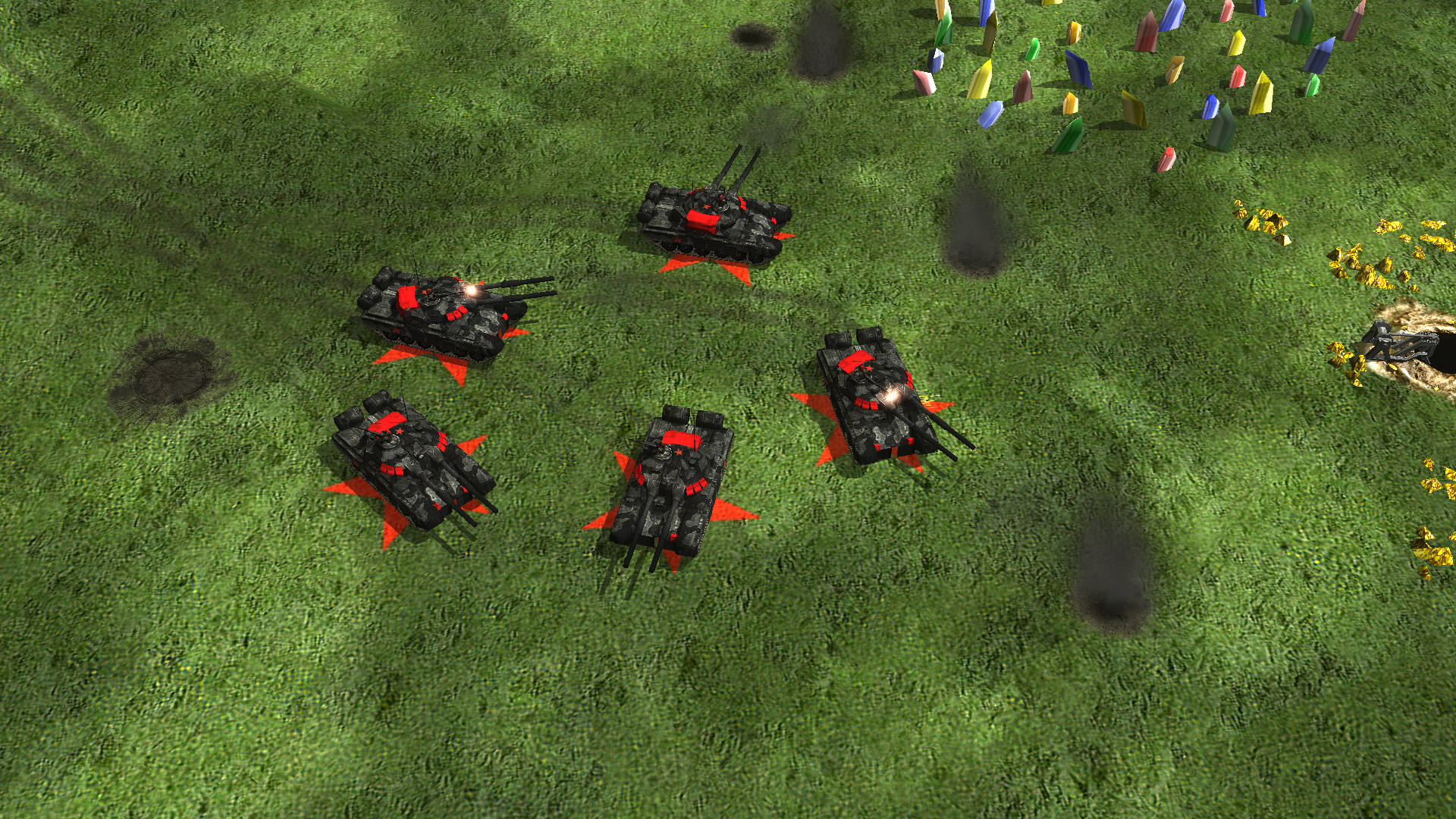 A clever re-use of the China Horde Bonus ability from C&C Generals was made for the Soviet forces. Many infantry and vehicle units will benefit from this if you have 5 or more of them near each other. Other than re-using the cool red star decal, (which totally fits the Soviets style) it gives a 25% increase in Range/ROF. 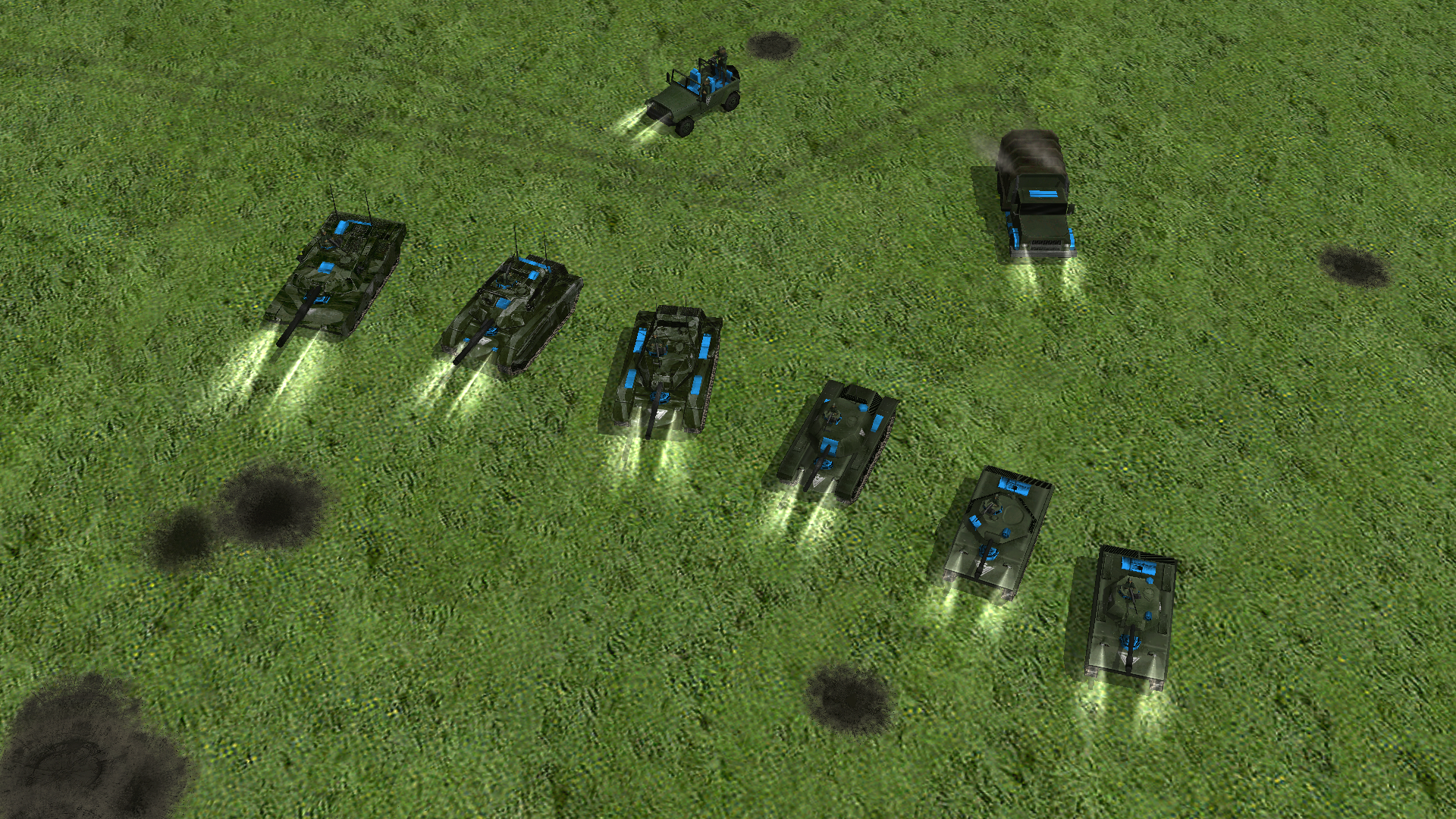 Also featured here are the various Allied tanks. These are rendered at random re-using the GLA Technical logic from Generals. The ones in camo are the Medium Tank variants for added visual distinction. The Medium Tanks will get an optional Machine Gun upgrade for added defense while the Light Tanks will benefit from having a faster firing rate with their main gun and of course better mobility to stand toe to toe with the double barreled and slower Soviet Heavy Tanks. This variation of vehicles also helps demonstrate how the Allies are a coalition of nations fighting against the Soviet aggressors.

Re-use of the Generals Sciences and Generals Powers Menu 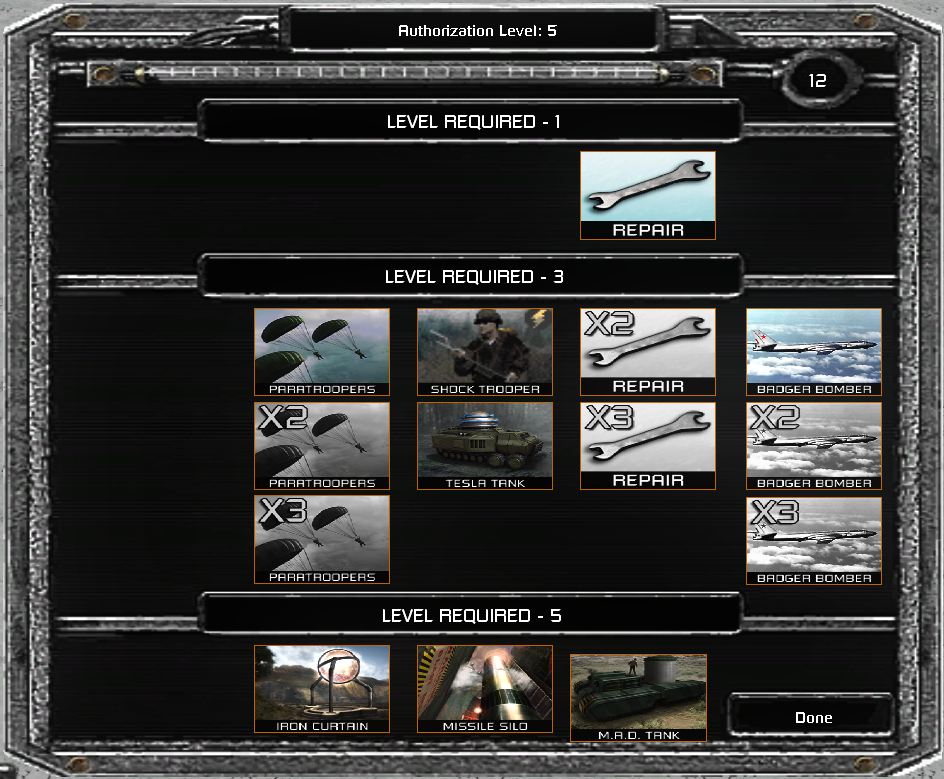 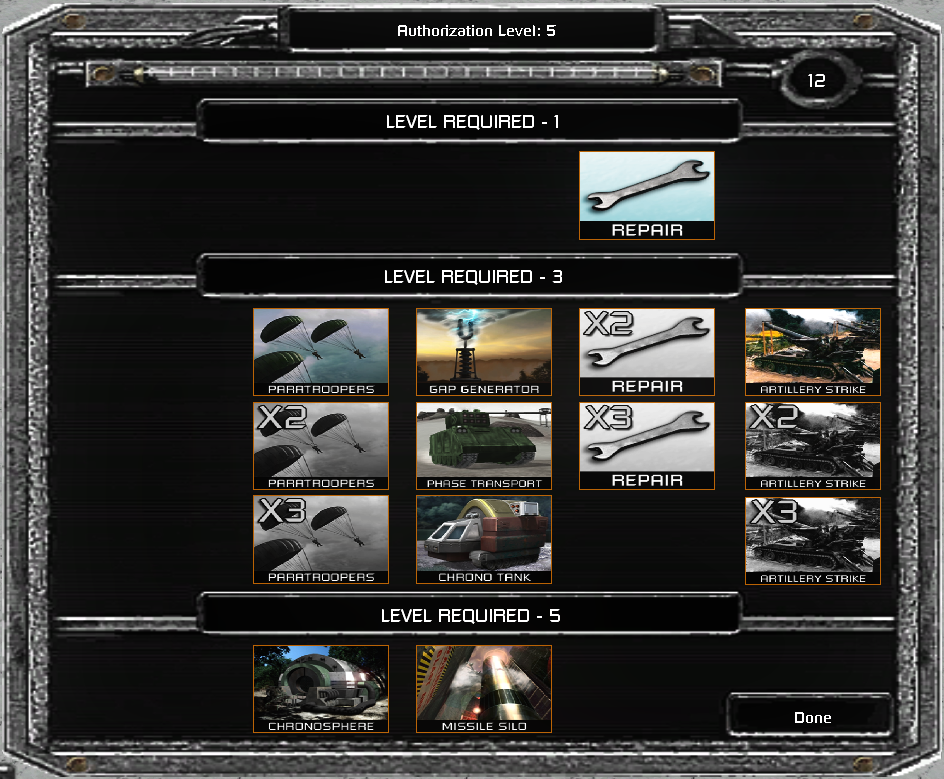 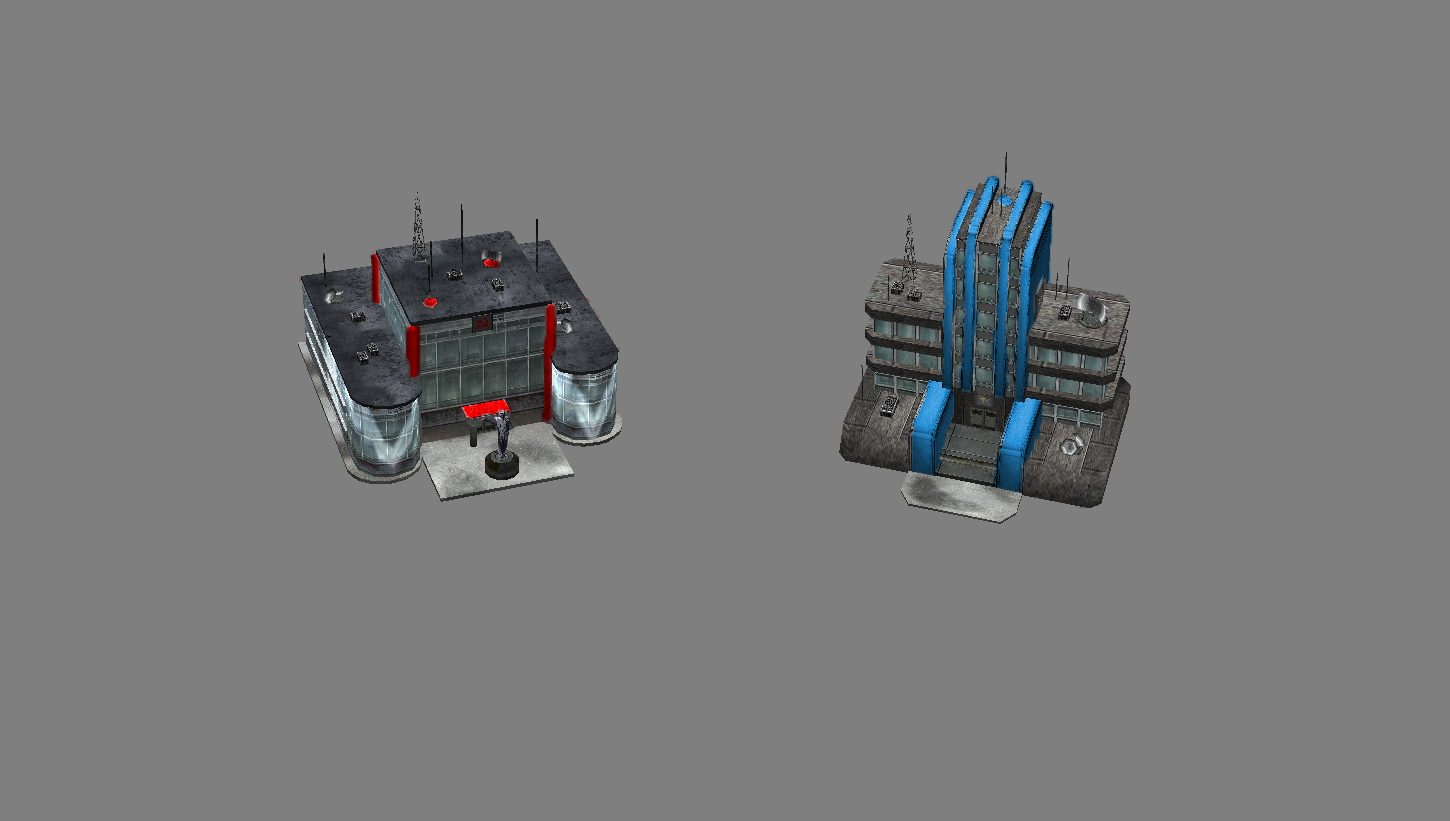 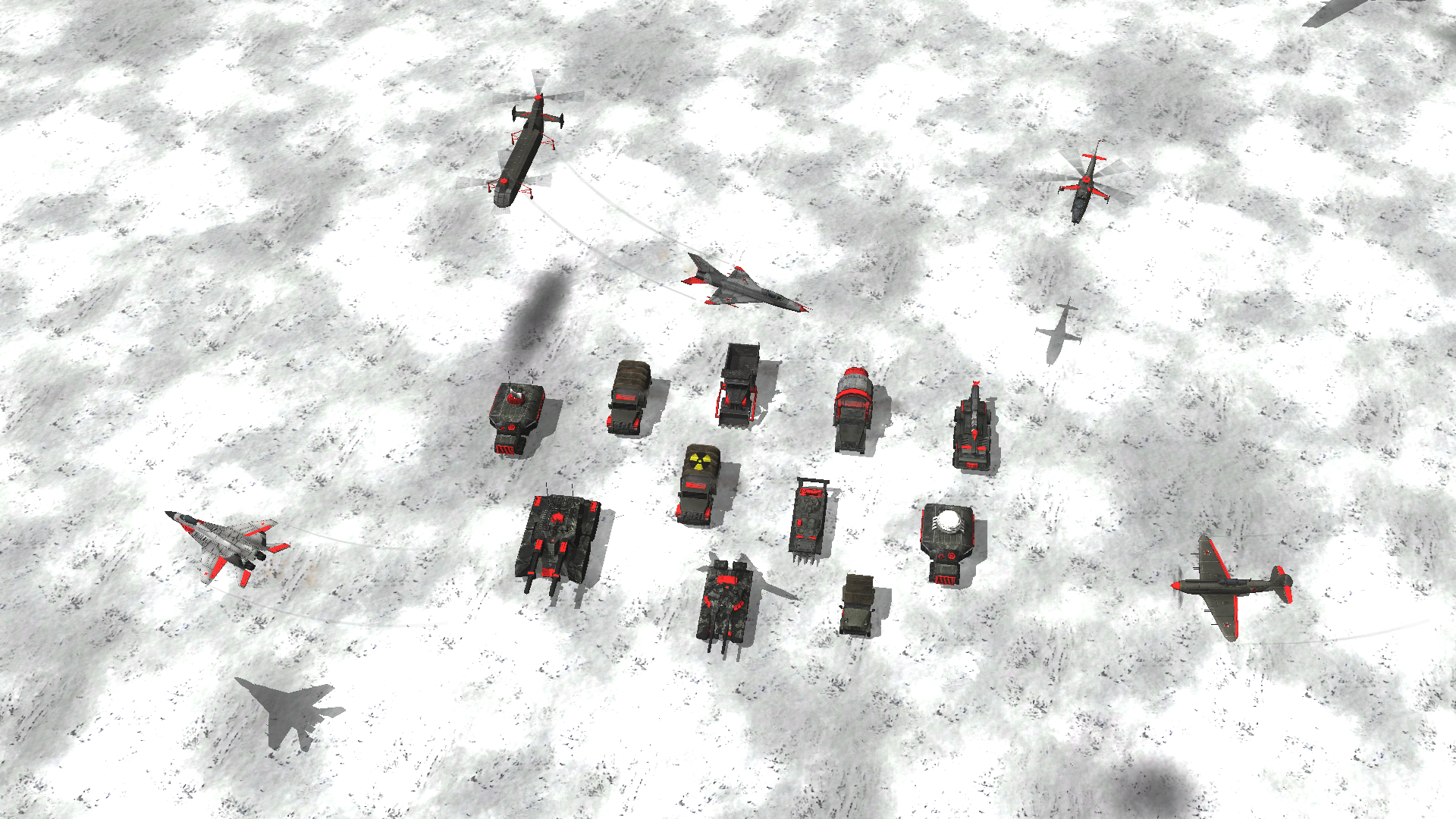 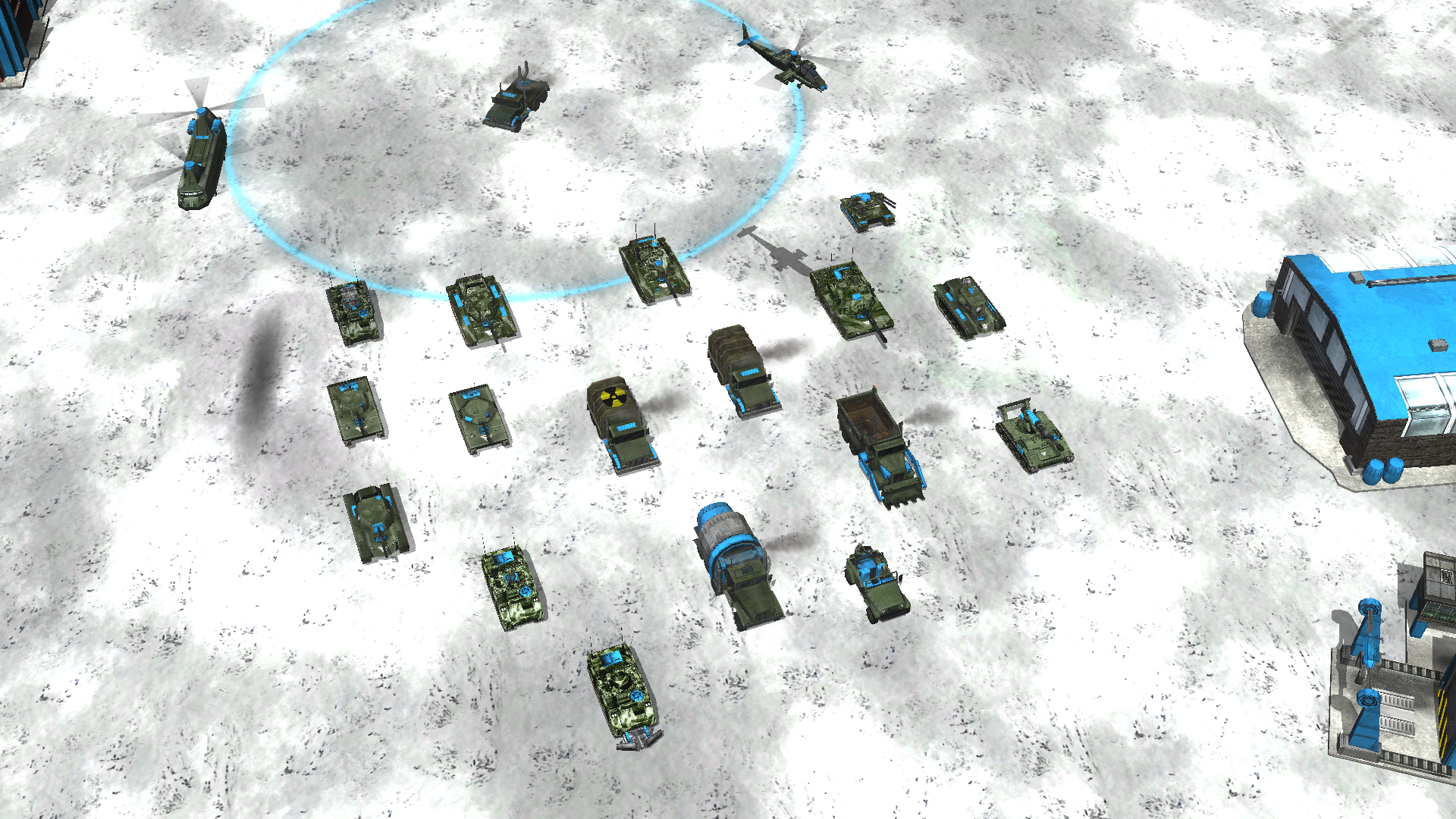 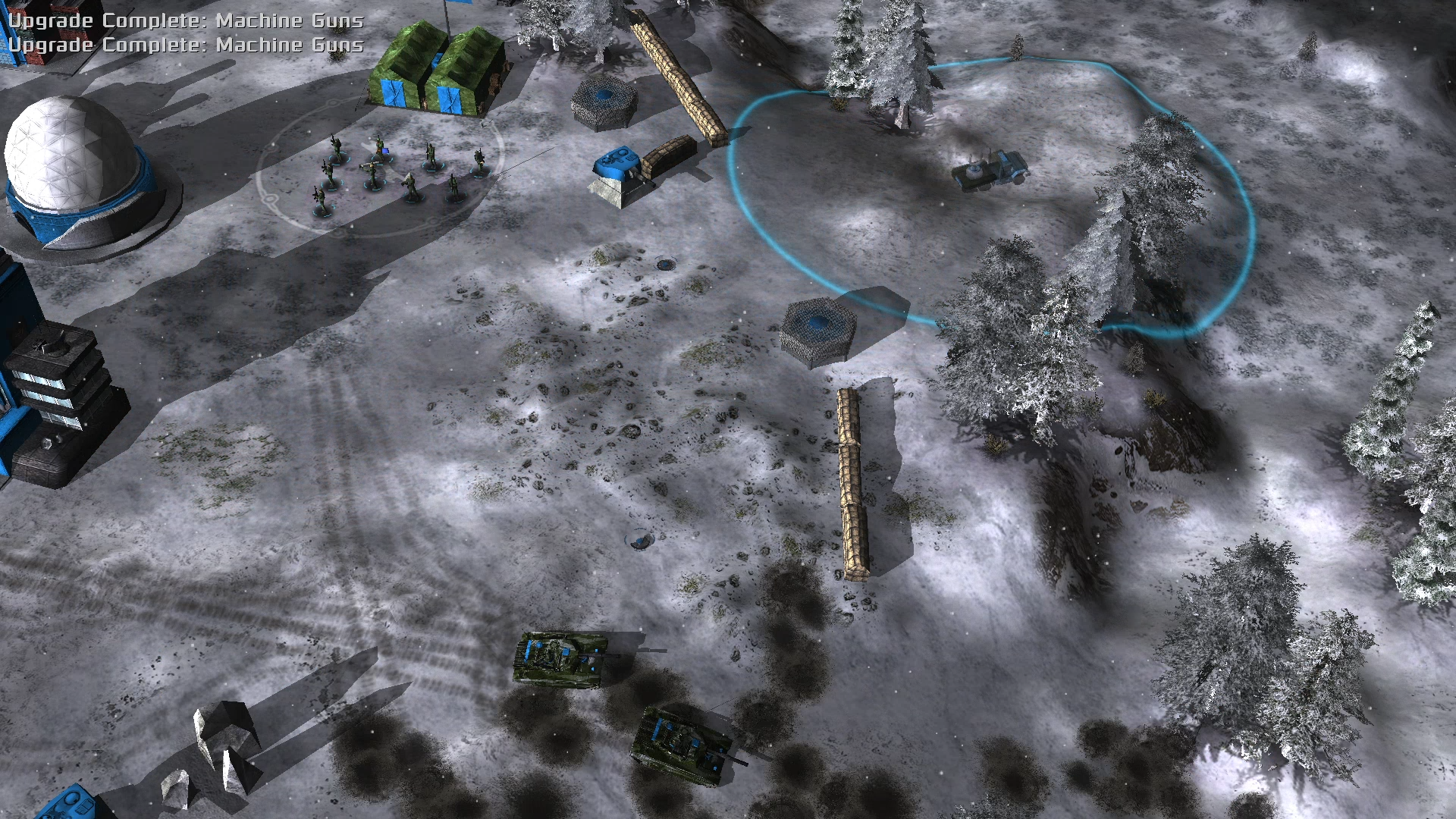 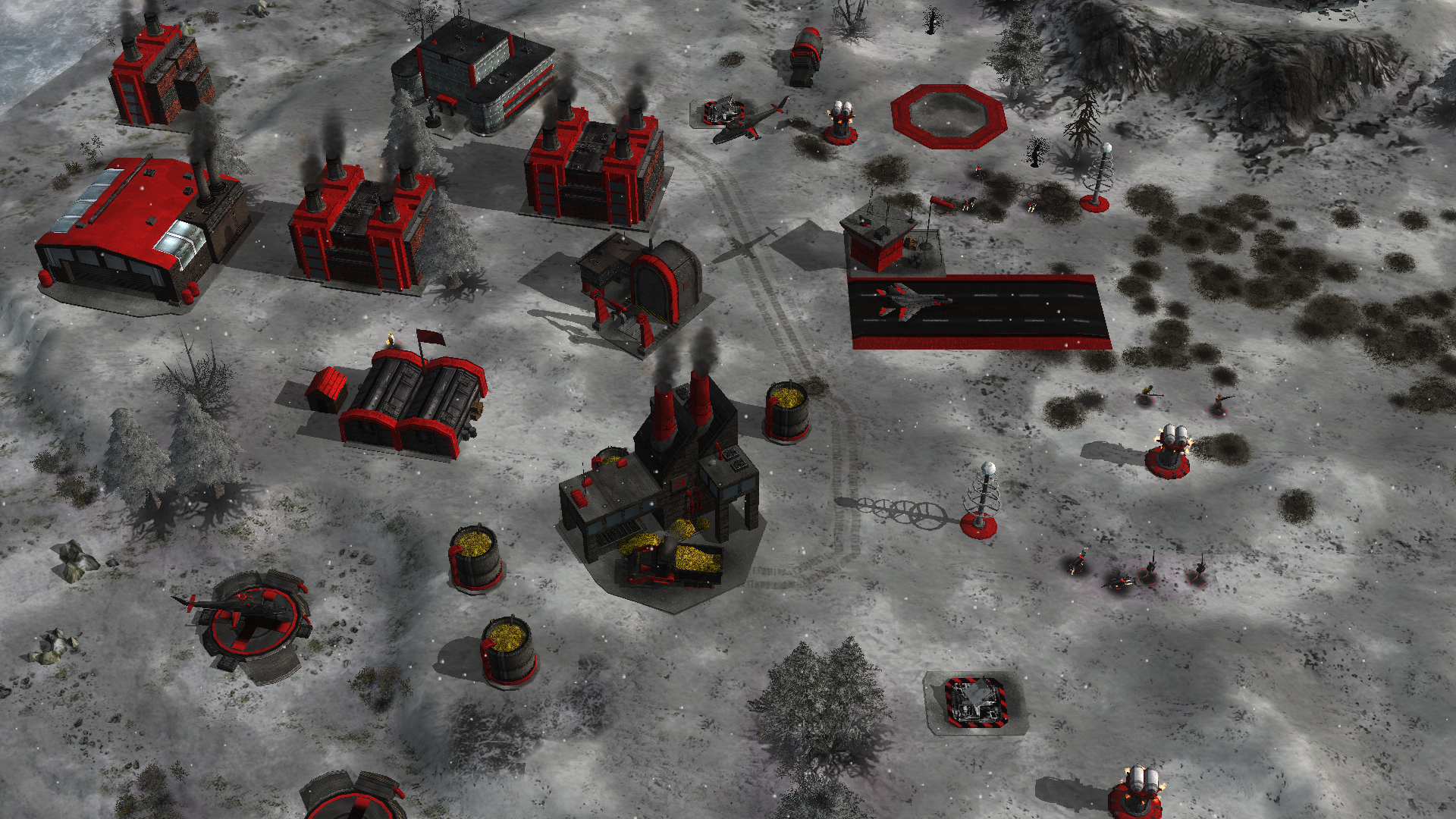 And lastly, if you like what you see, please vote and nominate us for Best Upcoming Mod in the 2022

ModDB Mod Of The Year awards!

Find us on Discord!

Its been nearly a year since the C&C Red Alert Redux mod project was first announced. And with it being built off of the lessons learned from developing...

After 20 days of voting, it is time to present the top still-in-development mods for 2022 as picked by you, the players!

This tutorial explains the basics of texture mapping in the Gmax & RenX 3D Modeling and Animation Software. I have provided some of my own personal notes...

In celebration of the 20th anniversary of C&C Red Alert, I dug this model out of my archives from many years ago from when I was new to 3D modeling. It...

amazing cant wait to play this

There's progress table here I want to see the percentage of it?

Any plans to have different nations within Allies/Soviets with different abilities/stats/units, or maybe making "advanced" factions like you did in TD Redux?

eventually, let me get a first release out with the base factions first

How Long Its gonna take? maybe you have a prediction?