The opening of the water snake year were flooded by renders of the updated models of all choppers.

It's been a while since last update because it was another busy month of my college. As the last MOTY result, seems this mod not reached its quota to release the 2.8.1 patch before 2012 ended. But that's just another story, because I've got back in the field and more things have been done, you can expect the patch to be released on this March.

And as the opening for the Water Snake year, you'll be flooded by renders of the updated models of all the existing choppers. 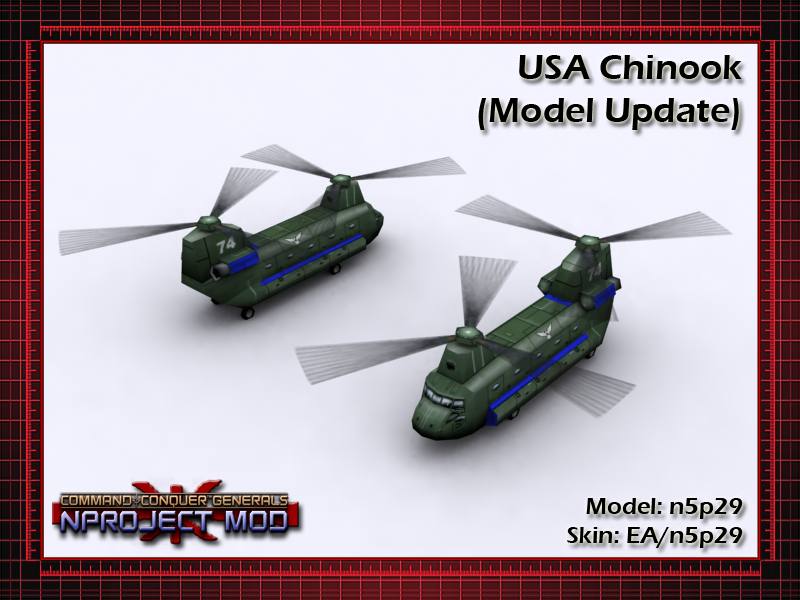 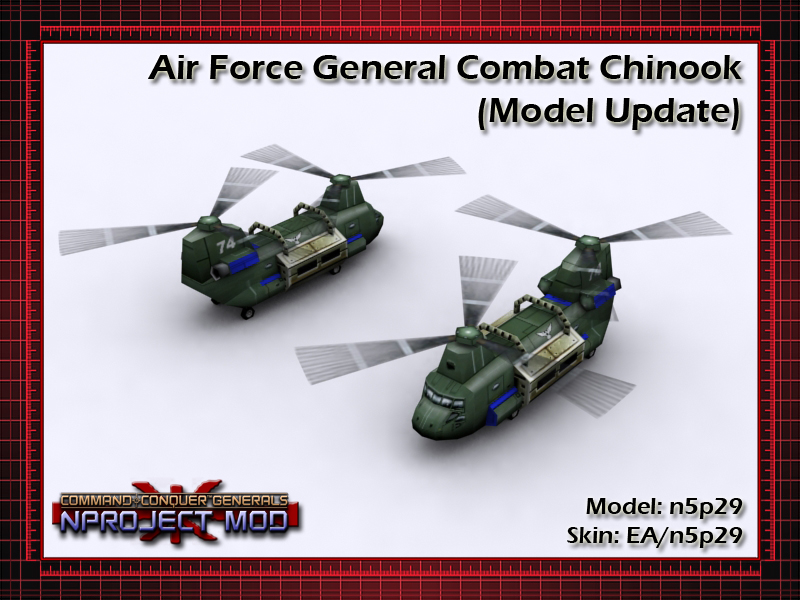 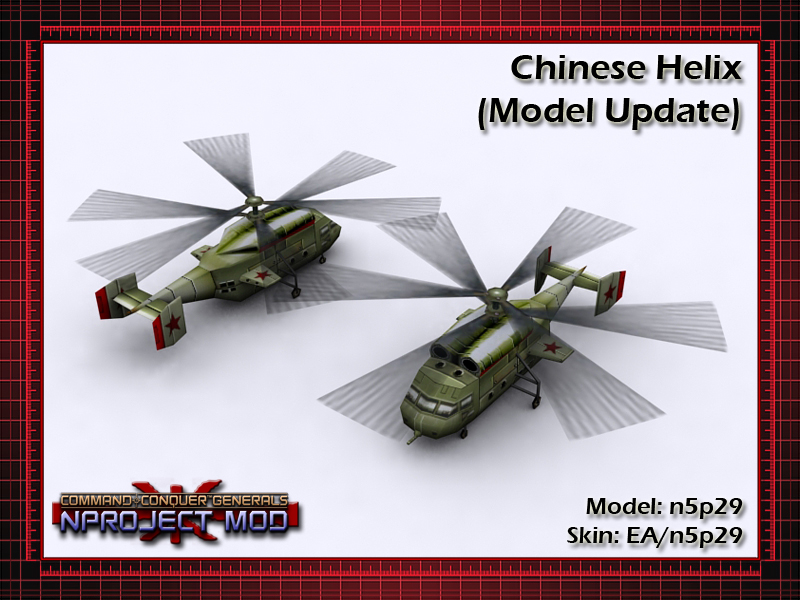 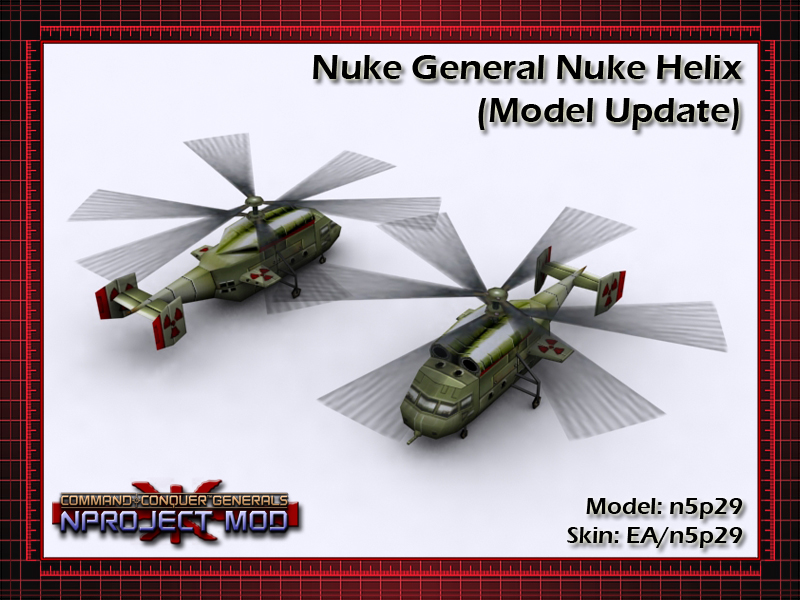 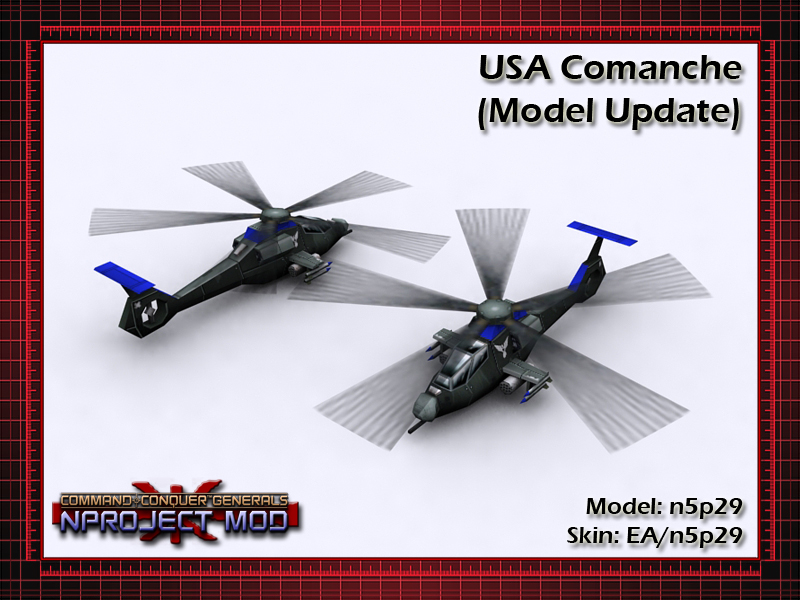 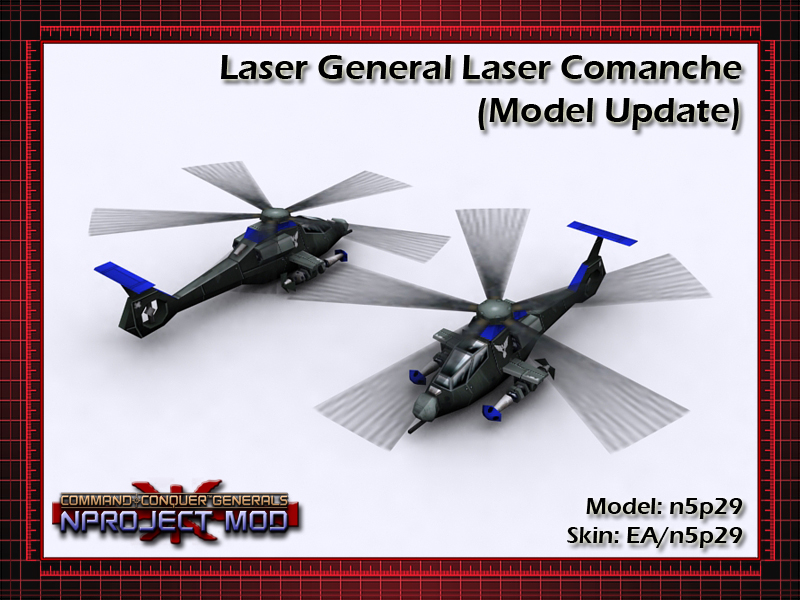 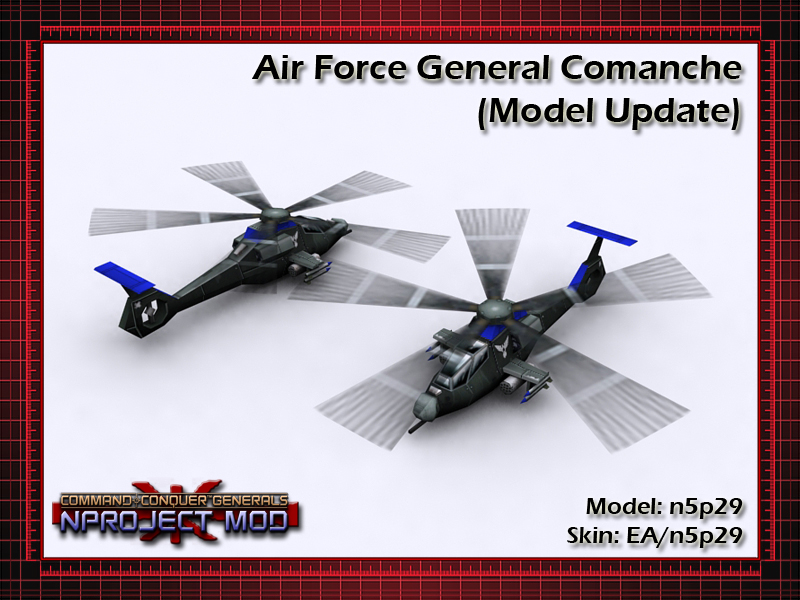 (inb4 "what's the difference?" that's your job to guess)

Stay tuned for more updates!
Also Happy Anniversary for C&C Generals! It's been a decade since this awesome game released.

It has been 2013 for almost two months, saying "Happy new year" is a little late, ain't it? Still, glad you're back!

He means Chinese New Year I think, because he does mention the "Year of the water snake"

Indeed he did that last year as well ...

cant see the difference in chinook and helix