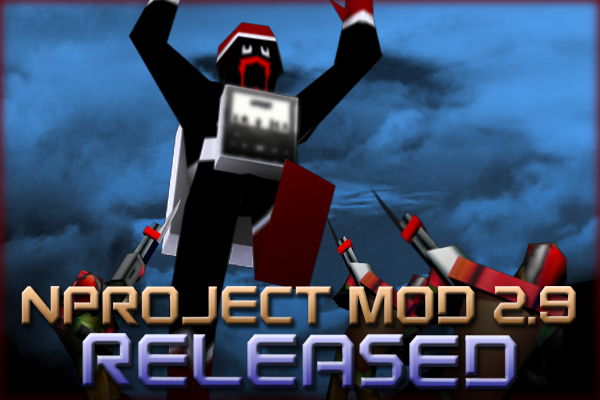 Here you go, as promised, here's the long awaited new release of NProject Mod version. Yes, I did said to not release the mod if this mod get into top 100 in the Mod of the Year. But it turns that it didn't get in the top 100 so here's the release!

There look like nothing much changed from the last version, but actually there are many things have been fundamentally improved, as you can see in the change list. Applying these changes is really grindy and not a really fun thing to do, I hope you can appreciate more of these things than those merely visual changes. So check 'em!

Because the users often confused about how to install and run the mod even with provided readme and instructions, in addition the new operating systems having compatibility issues with the mod launcher, I decided to NOT including installer and launcher starting in this version! Check the readme for more information on how to install the mod.

Check the readme files for the complete changelog.

Thank you very much for this update!

Thank you so so much for this. It is awesome that you still work on this! ust had a amily Lan-Party and this was all we needed :) ... much love

Thank you for continuing to update this classic game!