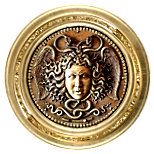 Hellenika Total War is a mod set at 360 BC in classical Greece, develop cities and dominate Greece. As of now THERE ARE NO REAL TIME BATTLES, on encounter battles are auto-resolved automatically by script.

- Go to Hellenika_v09 folder, right click on the Executable file and chose "Create shortcut" and move the shortcut to the desktop.
- Copy/paste the icon that is also in Hellenika_v09 folder to the desktop.
- Right click on the shortcut you created, chose properties and "Change icon...", then chose "Browse..." and then chose Desktop, you should have the icon there, just chose the icon.
- Rename your shortcut to whatever you want, for example: Hellenika
- You can now lauch the mod always from your desktop.

I have a question if I add my own units to your mod would it crash?

Hi, ive just played only 20 min this mod, AI beat me, survived only on an island. I didnt expect so small campaign map. The problem is cannot be played only on auto resolve without player supervision on battlemap, its not funny.

Ok, so first, if you want to play a total war game or a mod mostly for the rts part, obviously none of my mods at their current state are for you. They're for someone more interested in empire building and immersion in the ancient times. They have kind of a slow pace gameplay btw.

About auto-resolve it works quite fine in Med II TW actually, although you might need to understand some of its mechanics. Things that matters in auto resolve:

- Don't change default campaign difficulty settings if you don't want any bonus to come into play, higher difficulty settings will give bonus to the AI on auto-resolve, with the default settings it's fair game, batlle settings I believe it doesn't matter at all but to be safe don't touch it either ;) My mods are balanced to be played at normal difficulty anyway

- Command stars of the general leading (there are several traits and ancillaries that affect this, besides experience in battles)

- Quality of the units does matter not just numbers

- The order of the units does matter! The generals will fight always the enemy generals, then the first unit will fight the enemy first unit, and so on

- Type of defense stats does matter (shield, armour, defense skill) and all the stats in general

- When defending a city the army gets small defense bonus, so if you're the defender of the city it's better to let AI attack

Yeah the map is relatively small because it covers a small a region ;)

The difficulty also obviously depends on what faction you're playing, it's not the same playing Athens or Megara.

Also keep in mind there are a lot of scripts affecting diffculty, player don't get the "King's purse" that's why you start losing some money with most factions, another script decreases the overall money you get from everything in % to make sure the game remains challenging later in the game. AI has a recruitment limitation script for the first 100 turns (it can't recruit more units than what it starts with) so it can't abuse that and will properly develop cities, etc.

Ye i understand what you saying, im playing med2 from releasing date; its a bit interesting to play in this autoressolve manner (first time for me altough) - looks like an experiment that challange the player abilities. Replaying another campaign on medium difficulty, much better now.
So, feedback after a few campaign hours with many thanks:
- id like to see the map expanded more N and E, although Crete in S, hellenic world is much larger than pelloponesian ground
- lowering a bit recruitment cost of higher top tier units, also to the fleet units
- it seems that cannot make alliances no matter what (except first ten rounds)
- allies atack you sooner or latter making campaign difficult or worse
- musik ok, need more soundtracks of that ancient feeling
- maybe some new faction like thracians, illirians, macedonians or even persian cities to the E would be awesome for diversity
- the other minor stuff/aspects seems to be in order
- and nontheless if we can play campaign battles like the other mods it will be super trooper!

Thanks for the feedback, that's what I need (I've got very little feedback on my mods which make it hard to get the balance right), I'll consider what you've said. I guess I can tweak diplomacy a bit, it's just when I was using different diplomacy settings (easier to make alliances and AI would not break it) some complained about being to easy. I guess I can add optional diplomacy file. Also the economy I've realised I forgot to add an optional one that I have at least in 2 of my other mods.

Regarding the map, the thing is I'm making a new campaign focused on the Greco-Persian and Greco-Punic Wars using the map in my other mod Aurei Imperii (obviously completely edited for the time frame). This mod specifically is all about the Peloponnese.

The music I guess I can add a few more, but I'm very picky with that lol

The battles maybe some day, my priority is finish the new campaign and get all the campaigns to a state I'm completely satisfied.

Reuploaded the file with the races text corrected. It was talking about Panathenaic Games but that were experiences I was making and then completely forgot about it. So if you had already downloaded it and don't care about that small thing no worries.

There is so many new stuff I can't even bother to make a proper changelog, just try for yourselves :P

I've replaced all of the old screenshots as a ton of stuff looks very different than before.

I've just been playing a bit. and it seems like a perfect job.
the Campaign section is very well done. The Miniature of the soldiers and effects are made perfect.
I love the images that come out when I look at the description of each unit.

The truth is that I think a great Mods is very well done all the artistic section.
I will be on the lookout for when the battles can be played.

My congratulations is done Perfect the Mods Very detailed

Thanks, maybe sometime I'll add them.