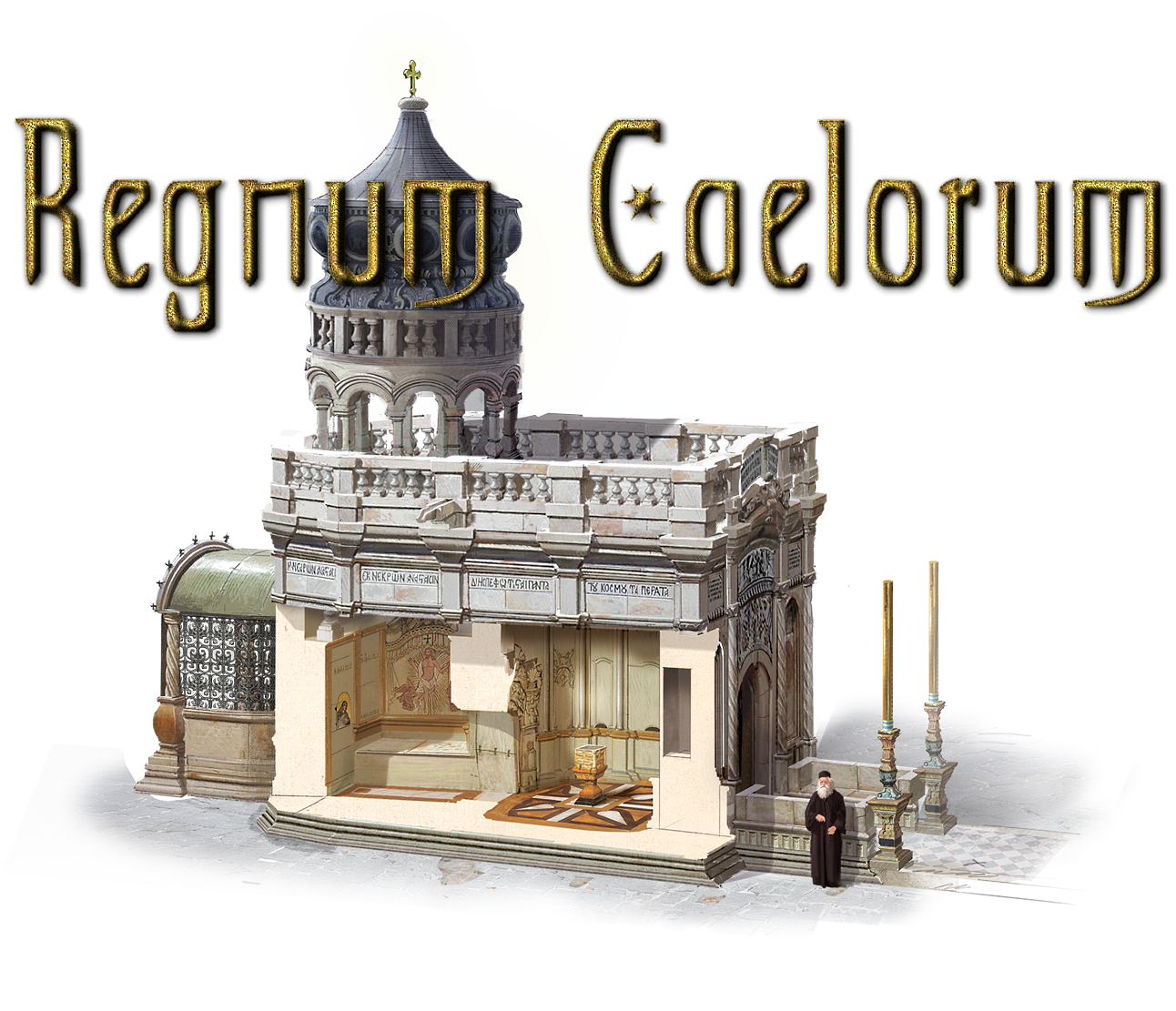 In video options choose the native resolution of your monitor (or whatever res you have set your desktop) and exit game. Then open Configuration.cfg with a text editor (preferably Notepad++) and you'll see this part:

There is an odd bug with the Battle Music where it would always play the music from the same music set, so the music sets are all using the same battle music. In the mod's main folder there is one called CULTURAL BATTLE MUSIC FIX. Inside it there are 3 different folders with different music sets, go to the folder you want and copy/paste all the files to the sounds folder, in the data folder, and replace when asked. The default one is the Crusader Battle Music, so if that's what you want, no need to do anything.

- Go to RC_v06 folder, right click on the Executable file and chose "Create shortcut" and move the shortcut to the desktop.
- Copy/paste the icon that is also in RC_v06 folder to the desktop.
- Right click on the shortcut you created, chose properties and "Change icon...", then chose "Browse..." and then chose Desktop, you should have the icon there, just chose the icon.
- Rename your shortcut to whatever you want, for example: Regnum Caelorum
- You can now launch the mod always from your desktop.

Fix to the "white ui bug" - just install the same way as the main file, replace when asked.

To explain the "white ui bug" on Steam versions and the purpose of the patch:

Love the ui and graphics work and love the general feeling too. Whi no merchant btw?

Because the economy in the mod (and in my other mods) is balanced to work without them.

I've figured out the reason for the "white ui bug", it was just a silly overlook, sry for the trouble. Just install the fix.

This is a list of the "core gameplay mechanics" that you actually get right when starting a campaign, but for people who actually want to know before downloading, here it is (besides this, there are many other little things, like immersive custom voice lines for crusader and muslim generals on the campaign map, customized interfaces, much better quality icons, historical names in the native language, etc).

Your most important buildings are the ones from the faction's administration building tree, as they're required in order to build most other buildings and to recruit all units (besides ships) and diplomats. Which government buildings you can build, just like any other buildings, depends on the settlement (location, castle or town, etc). The units you can recruit also depends on the government building, location, and if it's a castle or town.

There is a complex religion system implemented with roleplay events where your decisions matter! From the various religious communities in your Empire, to the government system and traits, rule your Kingdom as you wish!

There is a VERY streamlined, "adds to the fun" and doesn't make for a nuisance supply system. You will find that you need fleets to support your far away invasions now (and the fleets themselves need maintenance), and that invading an enemy deep behind his lines isn't as simple as it used to be (keep an eye on your character's "Supply" trait levels). The system is designed to be SIMPLE, STREAMLINED, but still offer some fun complications which better mirror history. Your armies in enemy territory will have an upkeep due to war expenses (200 if not besieging, and of 500 if besieging). Also armies that aren't lead by a general have an upkeep of 500 representing lack of organization. Your characters can raid in enemy regions and earn a considerable amount of money at a cost, the probabilities are related to chivalry/dread levels, being much more likely for a dread character. When blockading ports there is a chance of sea raids and earn a considerable amount of money, or lose it... Admirals can be surprised by the enemy when navigating in their waters. After you conquer a new region there will be extra unrest based on religion and random factors. All settlements controlled by the AI will have a scripted garrison if controlled by a selected faction, not just against the player but also other AI factions, to compensate for the incapacity of the AI to properly protect settlements. The strenght of the garrison depends on the region.

In Regnum Caelorum, AI is as advanced as possible with Medieval II TW engine. If you're experienced in Medieval II TW you should probably set the Battle AI to higher difficulty levels, but if you're new to Regnum Caelorum is advised you keep Campaign AI at medium difficulty until you get used to the gameplay mechanics. AI will use generals often and few bigger stacks (in vanilla and other mods it tends to use more captains and many small armies). The only agents in Regnum Caelorum are diplomats, and even those have limited recruitment, AI will properly use diplomacy making war and alliances.

Knightly Orders from the Kingdom of Jerusalem have "Grandmaster" special characters, when they die, a new one spawns if the right conditions are met. The Templar Grandmaster spawns outside St Jean D'Acre if the faction owns the citadel and also Jerusalem. The Hospitaller Grandmaster spawns outside Krak des Chevaliers if the faction owns the citadel and also Jerusalem. There is an heraldry system implemented, every region has its own heraldry title, symbol and effects. In order for a character to earn an heraldry ancillary, he must end the season in a settlement from which the title doesn't exists already. The mod has implemented a 4 turns (called seasons in RC) per year script and everything is tweaked and balanced with that in mind.

So this is where you ended up. I loved your Sands of Faith mod, so I'm glad to see that you're making Total War mods!
It's set in around the same time period of Broken Crescent. How would you describe the main differences?

This mod is completely focused on the "Holy Land" just like SoF. It's a much smaller mod then BC in terms of scale but not really in terms of features (even though it does use some features you can find in the submods, but implemented in a different way). It does have the same starting date and the unit models, but not the horses. Also same factions descriptions but besides that they're completely different. Anyway this mod has a very unique concept and design. It's not all about units models. And I did made some reskins and recolours, for example the Knights of St Lazarus. Btw I do intend to make a 1st crusade submod where you start with the crusaders as a horde faction. But my priority is to expand more the religious system and make things a bit more chaotic.

I've credit BC for the units. Read description. And I didn't "just" copied btw

This is a really big update with tons of new stuff. The focus this time was in the gameplay and the roleplay aspects. Also fixes and corrections. I might have fixed the "white ui bug" in steam versions (need confirmation as I can't test it). I've also changed the code in the Executable to detect if the kingdoms.exe exists or not to recognize if it's a Steam version (Steam has it integrated in the medieval2.exe).

- Added an essential economy script for AI that was supposed to be already in the first version but I forgot it (AI shall now behave much better).

- Expanded a lot the implementation of the "religion system" with a complete overhaul to religion with the addition of Judaism and Zoroastrianism, and overhauled the starting religion levels in all settlements at the start of the campaign.

- New "religious communities" buildings representing the different peoples living in the settlements. Also the money you get in the government buildings now varies with the different religion levels and with your tolerance policy.

- Religion from buildings now spread every turn instead of every 4 turns (end of the year) as in the first version. However buildings that spread religion are now limited to a certain %.

- Overhauled buildings with some changes in bonuses. Some buildings were replaced with new ones. Many buildings (mostly buildings that improve happiness) now have upkeep cost, so all buildings have some kind of a con. Added some missing important historical "wonders".

- Added a streamlined supply and raiding system to armies and navies, enhancing the strategy part of the game.

- An assimilation system was implemented, when you conquer a new region there can be extra unrest due to religious and other random factors.

- The garrison script stopped being optional as I believe it's essential for this mod.

- The previous optional governor script as been expanded, and now besides needing a general to end the turn in the settlement to recruit and build, you now need a general to attack and siege too.

- Settlements now change the name depending on the faction who owns it.

- Many little fixes and corrections.

Excellent stuff, thank you very much! :)