Half-Life 2: Retribution tells a story about Freeman just after the end of EP2. The Freeman is contacted by a group of Resistance members with a intricate yet feasible plan to regain and retain control of their small city, and success hinges on Freeman's uncanny ability to succeed under the most dire circumstances. The Combine have been weakened and are operating in isolated groups, disconnected from their command. This gives the local resistance a fighting chance to reclaim a city slated for evacuation of humans and the extermination of those who resist. The Resistance views this as the perfect time to assemble and organize efforts to return a semblance of normalcy to those who cannot or will not fight. Gman sees this as an opportunity as well, but for Earth, or himself?

Ive added a few items to the gameplay to mix things up a bit. Magtools are placed here and there and can be used to hack basic electronics such as keypads as well as pick rudimentery locks. (Think Multitool from Deus Ex) PDAs are occasionally needed to acquire a passcode, but the old 'find the green keycard' element will NOT be a major part of this Mod. There are proximity mines and timed mines, though only one at a time can be used and they must be carried manually and activated after placement when you want to use them. Provided you have not activated them, they can be dropped and picked up again should the need arise. (You can also pick them up after activation, but its going to be messy) Puzzles compliment the gameplay, providing a diversion from 'kill these guys, next area'.

Currently this is a one man operation as the need for coding hasnt arisen. I am a mapper and amateur modeller, though not many custom models are in the works or neccesary at this point in development. Many assets can be taken from other source games, and there is a wealth of community created models free to use provided credit goes where credit is due. (Some right here on Moddb!)

Lastly, many of you have probably noticed the name change. The working title of The Freeman Chronicles has been dropped for a few reasons, one being I was tentatively planning on HL2: Retribution from the start, (Its on Facebook too, and posted several months ago) another being that there is a dead mod here with a very similar title. Ive also updated the HL2 title Im using which is EP1, and apparently now runs on SDK 2009 instead of 2006. With the general premise of the Mod complete and finalized, the time for change is now rather than later. Very soon there will be a website for this Mod, however, the home page for UberNerdGames is down right now. 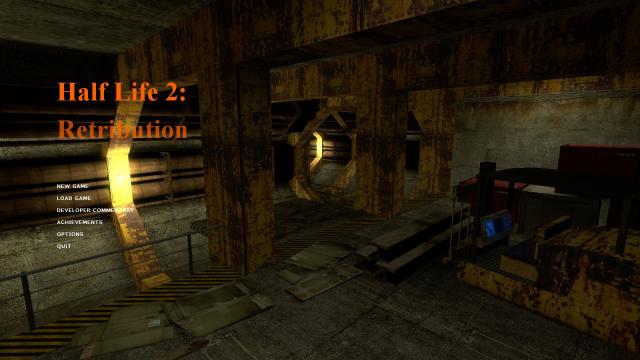 I may post screens too early many times and show things that arent quite ready to show yet. Thats because I am enthusiastic about this Mod and I really like to show progress every 10 days or so. That means when Ive worked on other aspects aside from mapping/detail, that doesnt leave much to show. I dont like to just post a paragraph saying I've done this and that; I like to show that SOMETHING has been accomplished in the past few days. It helps keep the community informed and ensured that the Mod is still in development. I appreciate thoughtful crtitcism and help, but I dont appreciate a-holes who log on and post rude, condescending and completely unnecessary comments with malicious intent. Comments like these will be ignored; you wont get a reaction out of me. Ive been into a couple mapping communities already (not Source) and I know there are plenty of asses out there. Theres a difference in constructive criticism and just desiring to bring others grief. Ways to improve the Mod are always welcome when posted in a mature manner :)

So now I can resume work on the third map, and I'd have to say this has actually been a good thing for the mod. Since the hard drive death, I've revamped and added bumpmapping to several standard HL2 textures, which adds several new color schemes to existing textures.

Aside from that, the storyline will be getting some minor changes and tweaks, and this page itself will see a major revamp with some HTML coding. 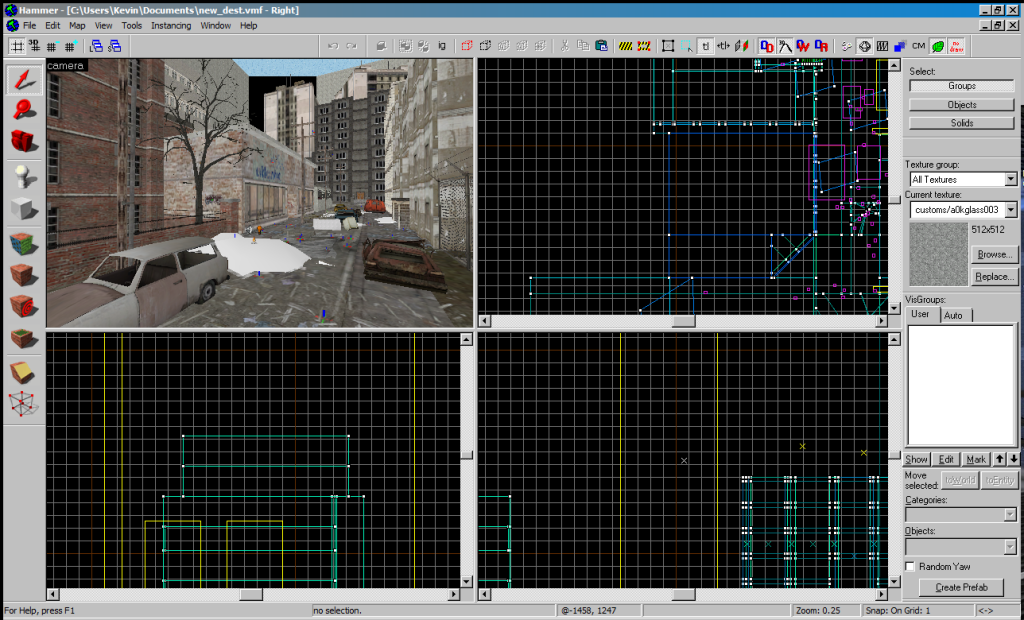 Well, this mod has suffered a slight setback, but nothing that will bring it grinding to a halt, keeling over in death throes. I have been stricken by...

Not a whole lot has been done since the last update but I have been poking along with the mod. The holiday season is taking lots of my spare time up...

This update is to ensure that Moddb'rs know I am still working on this Mod. I took a week off due to real world issues, however, I have got a good start...

Some texture changes, and area 1 of the level entitled 'Power Distribution' is nearing Construction completion. This does not include final detailing...

13 Textures, realistic, basic textures. No reflectivity; bumpmapping done in software - this means traditional bumpmapping is not included at this time...

Sucks this isnt getting much activity both developer and comments section wise.

Mod is still in development, textures were worked on just today. NovaCor: The Fringe has been the main focus for the past couple months as it is a total conversion Mod and requires a LOT more work.

Expect some type of update in the near future. This mod will now include some custom models as Ive learned to model since the last real update.

Ive put up a few new screens just to keep from falling too far into the dead mods. Not much is done with the firts two, just the beginnings of a building for another level. The urban level has seen a little work in the last few days but not much new to show in it.

BEtween work, my renewed passion for actually playing games, and two other projects progress has slowed down on this one. I do work outside though, and winter time is slow so I expect Ill be back all over it within a few weeks. Until then, things will be getting done but slowly.

Why thanks :) Its been a while since I did a real update, so I didnt expect new trackers. I expect to have one ready within the week though, with some proper lighting and some screens of the new map Ive been working on.

Still poking along with the mod. I have some buildings started for another map entitled 'Complex Negotiations' (ripped from one of my FC2 MP maps) which takes place in an Apartment Complex. 'Power Distribution' is sitting right where it was when I last updated it, and the more recently yet unnamed level is seeing small steps a few times a week.

Ive slowed on this mod temporarily, because Im working on a TF2 map as well. Rest assured, the Mod is not dead :)

Work still continues, but nothing newsworthy yet. I have a lot more done in the latest map Ive put sceens up of, but Im waiting until I have a skyline done to do more screens. Ive shown the general atmosphere in the previous screens so I wont update screens until I have at least one view without the 'text cube' I make in the shot.

Earth in Stitches Half-Life 2: Episode One