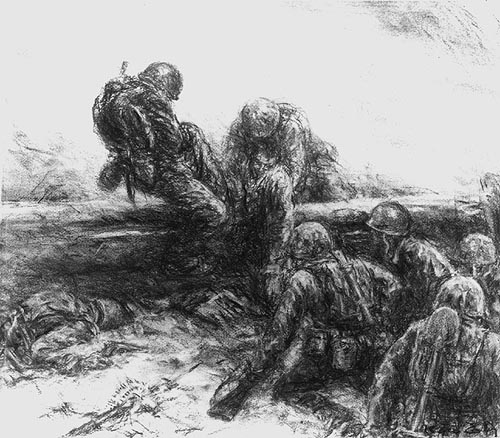 
* Brutally Realistic.  Forgotten Heroes will feature a unique damage system based on pain, shock, impact of the hit, caliber of round, and hit location bringing reality to the battlefield like never before.  The game will also contain strong blood and gore which will be very brutal, but handled realistically and maturely.
* Highly interactive game world puts the players in the boots of a soldier in ways never explored before.  Players will stumble, tumble, and scramble through the game world realistically and intuitively.  Players will no longer be suddenly stopped “dead in their tracks” by objects like in other FPS’s, but will trip and stumble into/around them realistically.  In addition, players can intuitively back up against cover, and bound over fences/through windows.  The battlefield will also feature a high level of “physical objects”, be very destructible, and will feature realistic bullet penetration.
* Unique game mode with Dynamic Objectives!  Though Forgotten Heroes will feature game modes that will be expected in the genre, the main game type will be ”Campaign”; and will feature dynamic objectives.  This is not a “Capture and Hold” game type clone of many other games on the market.  Instead, objectives will mimic those of what are seen in many single player war games.  Both sides will have very complex objectives that will dynamically change based on how the combat unfolds.  In addition, every objective completed will grant bonuses for an army, and could strategically hurt the opposing force!  Also, when playing Campaign mode in one of the game’s preset “tours of duty”, the happenings in one battle might affect the next, or another further down the line!  For example, in one mission the Allies might have an objective to take out German artillery.  If this objective is completed, then the Germans will be without artillery in the next battle!
* Unique spawning system will keep players in the heat of battle!  No longer will players walk around aimlessly through an unnecessarily large battlefield, but rather be kept right in the heat of battle from the start of a fight; till the end.  Every battle (while in “Campaign” mode) will have limited spawns which can be increased/decreased through completing objectives on the battlefield.  Every move that you and your enemy make will dynamically alter the way the battle pans out and the location you will spawn, and also the number of spawns you will have.  Some classes/roles will also have limited re-spawns in some maps…
* Real World War II Weapons realistically brought to life makeup the arsenal.  Wise decisions must be made on which weapons to carry, as you will be realistically limited. 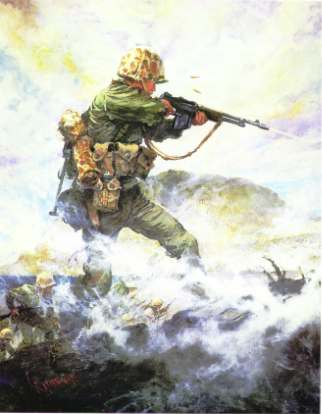 * Realistic class/role based system makes for an even higher level of strategy on the battlefield.  All roles will be based on real WWII hierarchy, and will be realistically limited based on the battle.  Victory on the battlefield will require strong teamwork, and strategic use of every role.  Officer roles must be earned through hard work on the battlefield, and can be easily lost.  Officers will have heavy impacts on the gameplay and will be very limited roles.  In some battles, there might be only one officer of a certain rank at a time.  When he dies, the next player in line to get that promotion will receive it.  Also, in some battles, there might actually be just “one” of a certain rank.  When that person dies, there will be no replacements…  In addition, there will be a voting system that players can use if a certain player abuses certain roles.  For example, if a player is using the “support gunner” role, but does not use this role to properly support his allies, he can be voted out of that position.  Every role is important, and players must use these intelligently to help their team achieve victory.
* Morale and Adrenaline play a huge part on the battlefield.  Delivering a brutal shot or narrowly escaping death might give you a huge burst of adrenalin that will momentarily enhance your skill.  Morale can do this on a team level.  Completing key objectives could give your team a big jump in morale, and could demoralize your enemies…  Officer roles will play a big part in morale and adrenalin as well.  Officers can yell things to their comrades that could raise their morale, and help them to fight harder.  Losing an officer might give a soldier a quick burst of adrenalin (out of anger of what happened), but could cripple the teams overall morale.
* Fully realized WWII Vehicles enhance realism, not “arcade style” game play.  All vehicles will function like their realistic counterparts, and must be used realistically to achieve victory.  Vehicles also receive realistic, location based damage.  You could feasibly immobilize a tank by damaging its tracks!  Most vehicles will be very limited on the battlefield and will often have no re-spawns, so all must be used strategically.
* Unique “Team Chat” speech system will grey out the lines even further between this multi player game, and typical single player war games.  By intuitively making simple key strokes, players can have their virtual characters having realistic conversations based on the situation.  Typical voice and text based chat systems will be included for full player to player communication.  However, players will find that using the built in chatter system will draw them further into the game than any multi player game built before it. 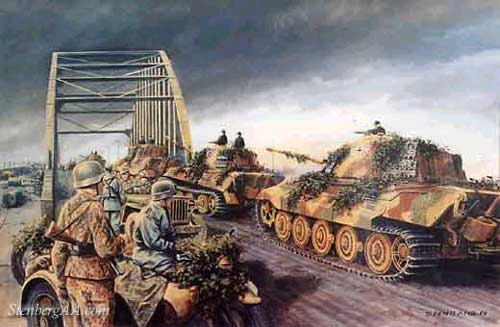 
In the bloodiest battles of WWII, victory was not achieved by the politician…  It was not achieved by the world leaders, the business owners, or the civilians at the home front…  Victory was achieved by - and only by - the lives and combined pain, suffering, and bloodshed of the brave soldiers fighting for their countries.  In war, a soldier has no closer friend than the man in the foxhole next to him; and only by the combined effort of them and their comrades was victory obtained…


Fight online in the most realistically brutal WWII shooter ever created.  Use strategy and fight as a team to obtain victory, or go home in a body bag… 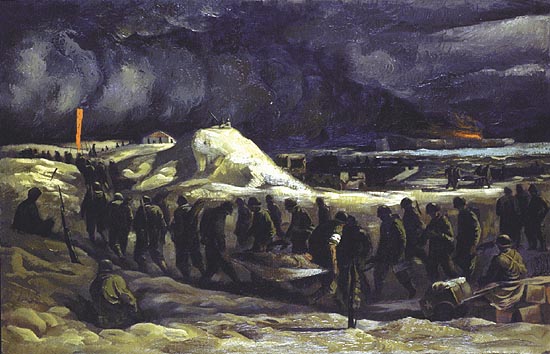 
Forgotten Heroes will be an extremely intense online shooter that will introduce several revolutionary game play innovations.  Though the setting has been used countless times (WWII action game), the game play will be completely new and refreshing.  Along with being captivated by the amazing game play, players will be stunned by the brutally realistic (though very maturely done) violence in our game; and they will fall in love with our intuitive controls and highly interactive battlefields.

Our game will be very unique in many ways, and will not have any “real” competition.  It should take the gaming world by storm upon completion, and introduce new ways to play online FPS’s.  The unique game play will make this game a gem in every gamer’s collection for years to come.  Every so often, a game will come along that changes the way games are played forever.  Forgotten Heroes will be one of those games.

It is definatly D-E-A-D.

I think it's probably dead, but I emailed the creator and offered my support.

this mod looks dead >.<, quite a pity really, the concept art and everything else looks top-notch.
(lets hope its still in progress, just no news being posted here on moddb.)

I hope you guys still working on it.

is this mod still in the works it looks sweet?

Maggol, i'm sure this mod will be as violent as W:ET, but much, much more realistic. I hope you guys keep working on it!

Will this work with the downloadable version from gamestop?

maybe, it will be nice if this mod is about re-create W:ET. Because W:ET is like forgotten heroes.

39 members
You may also like
View All Top Mods