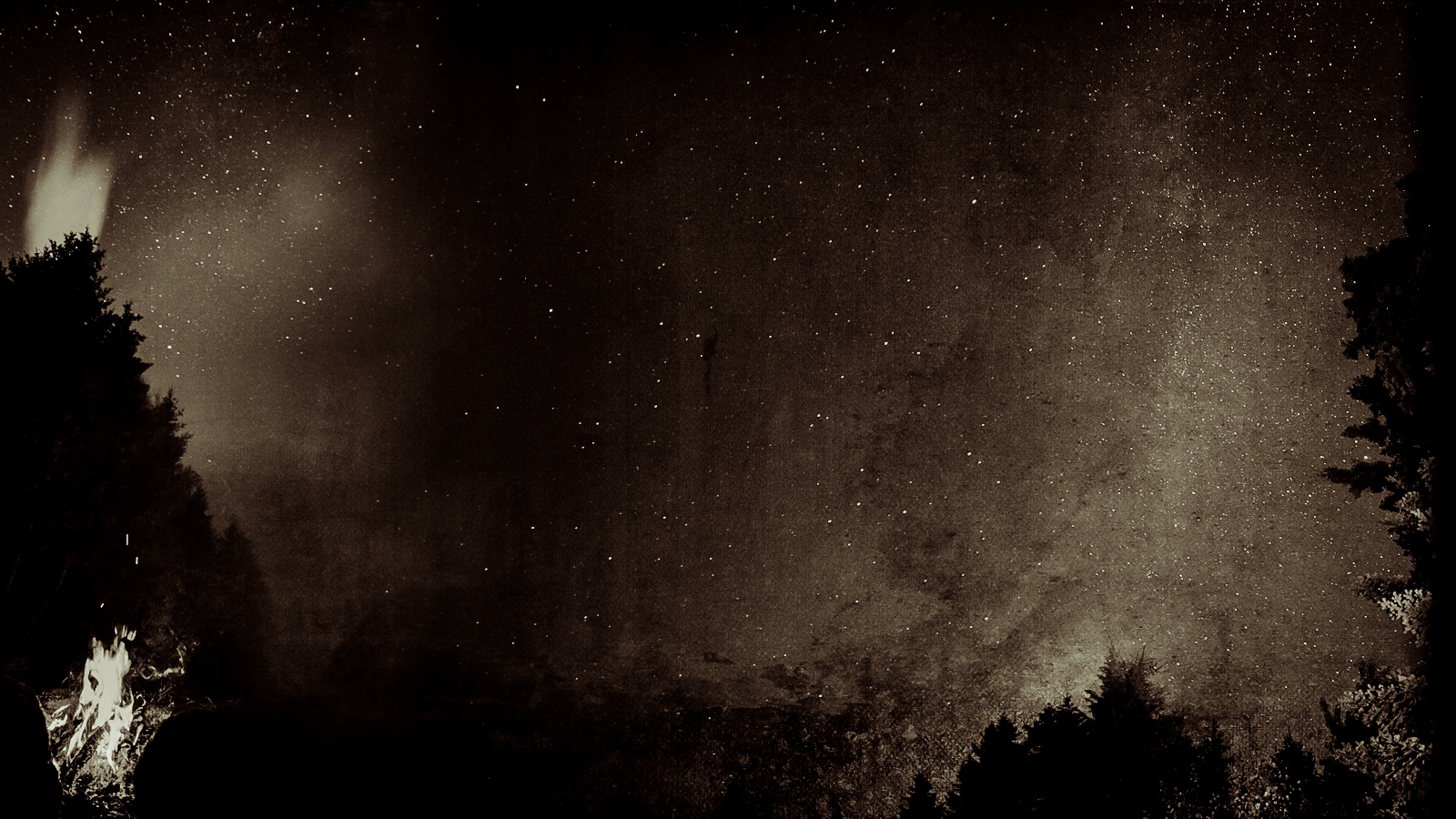 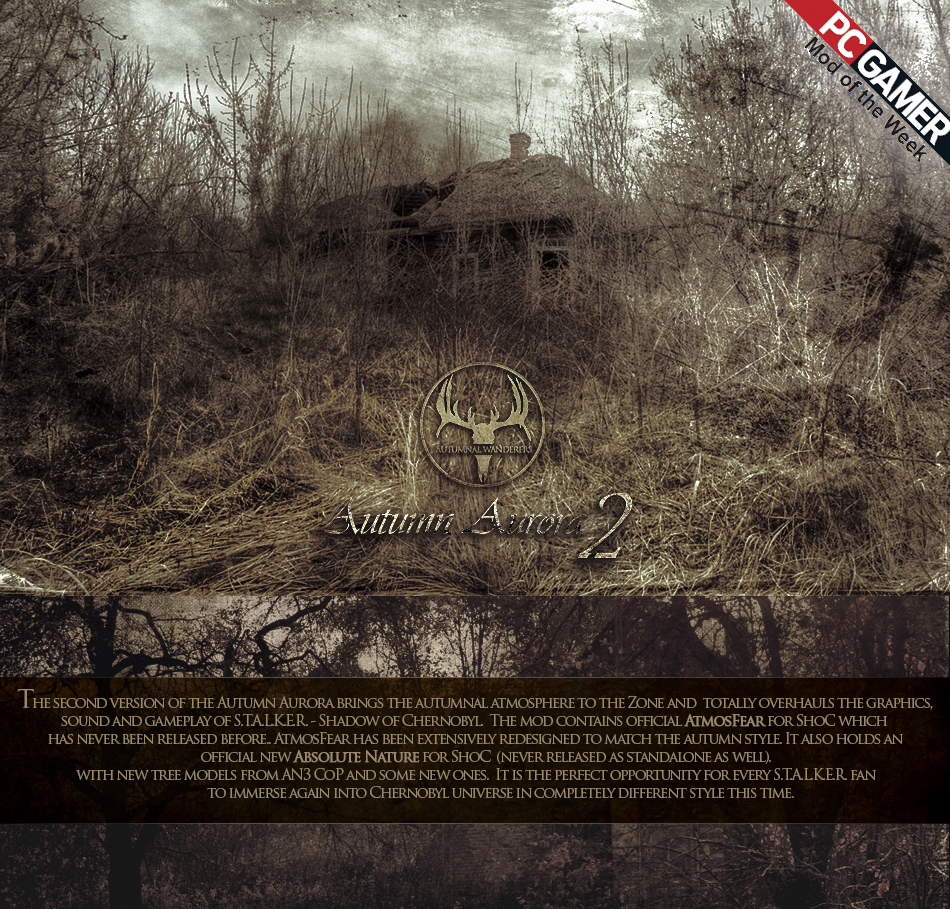 Time to start the wandering, stalker...

Autumn Aurora 2 has been released! 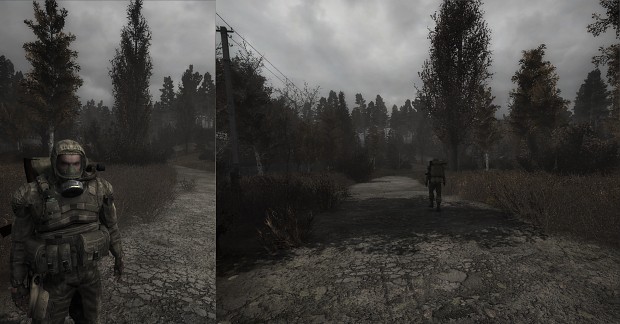 The second version of the Autumn Aurora brings the autumnal atmosphere to the Zone and totally overhauls the graphics, sound and gameplay of S.T.A.L.K.E.R. - Shadow of Chernobyl. The mod is built on the newest Zone Reclamation Project's core, it contains official AtmosFear for ShoC which has never been released before. AtmosFear has been extensively redesigned to match the autumn style.
It also holds an official new Absolute Nature for ShoC (never released as standalone as well) with new tree models from AN3 CoP and some new ones.

It is the perfect opportunity for every S.T.A.L.K.E.R. fan to immerse again into Chernobyl universe in completely different style this time.

Prepare for your journey, Stalker

Straight to the point: Autumn Aurora 2 will be released this year not 2014.

Frequently asked questions about Autumn Aurora 2 regarding compatibility, tweaks etc. UPDATED for 2.1 on 05.07.14

The second version of the Autumn Aurora brings the autumnal atmosphere to the Zone and totally overhauls the graphics, sound and gameplay of S.T.A.L.K.E.R...

Songs converted from .ogg to mp3 by FlowBeatz. Few ambiances are taken from MISERY mod. Some of them were edited on the AA2's needs, but credits belongs...

REALLY love the mod but a few issues.
1. Subtitles and text are in English but everything else is Russian. Can't seem to figure out how to get spoken English back in or working.
2. DoF looks great but pans too much back n forth, say, while you're ducking behind trees. I don't need the DoF to work THAT much. Any way to turn it off?
3. Love that I'm visually seeing effects due to being hurt but does it have to last so long? Good God. It's minutes of this red, blurry bs. Especially when I'm having a hard go of med kits. AGain, any way to turn it down?
4. I understand the game was meant to be "harder" in difficulty but did you guys/ladies have to strip every vendor of worthwhile gear? You literally got rid of everything except the standard ammo and bs.

But I'm having a little issue with the detectors feature. I loaded the save that I had before installing AA2.1 and everything's working so far, except for the detectors. I can't seem to find one, I went back to Sidorovich and completed his quests, but he didn't give me one, the barman either. Is that the only way to get a detector? Do I really have to create a new game to get one?

how do i channge the fov , do i use the setup file to do it?

Hi guys I desperately trying to mod shadow of Chernobyl watching videos don't what to do. I'm trying to get this one to work I've redownloaded it couple times keeps crashing right when I'm trying to load a new game or save I've downloaded it correctly is there anything else I needed to do or what. Can someone please tell me how to get the mod to work and not to crash anything will help at this point.-thank you

Any way to restore the original soundtrack?

ive installed everything correctly and i didnt get any errors when running the installer but everytime i click play on steam it loads a black screen for a second then it closes and nothing happens. any help would be greatly appreciated

Where does your installer turn to errors?

I had errors when I could choose the different ram versions.
I couldn't install the bigger version, but I fixed it with increasing my ram. From 16 to 32.

The Marked One S.T.A.L.K.E.R. Shadow of Chernobyl