AvsB is the future of war; secret operations and high level VIP-duty.

With the success of PMCs in Iraq during the early second millennium and in Africa during the 80's and 90's, it became clear that the use of private military companies with top notch personell was the new way to handle tough conflicts and 'black operations'. With the possibility of plausable deniability a covert operation into enemy land was no longer the PR risk it used to be, and neither did the handful of killed specialists have any impact on the populations' opinion on any conflict. While dead soldiers are reported and flags lowered to honor them, fatalitys of private contractors rarely make the headlines.

Soon several high level companies sprung up throughout the world, all bidding and fighting over the high stake contracts that countries, large corporations or even shady organisations has to offer. If the assumed target or targets of a contract receives news of their status they in turn send out a contract of their own for the best possible protection money can buy...

AvsB pits the most skillful private contract firms available in a fierce fight for money and reputation, using all the modern weapons and technology they can muster.

Some of the features:
- True playerskill based handling of firearms - practice makes perfect.
- Multiple game modes including VIP duty, surgical strike operations and large scale full-out conflicts.
- Player customizable weapon loadouts for maximum control over favourite armament in specific situations and missions.
- Dynamic battlefields and scenery, including non static setup of objects. No more pre-determined pixelaiming!
- Map persistent economy for upgrades and loadout choices of firearms.
- Variable map sizes and loadout, to support everything between 2 to 32 players.
- Accurate damage modeling and handling of firearms and gear - no artificially forced balancing on behaivor instead of cost.
- Multisegmented and multilayered collision meshes for true damage modeling of weapon penetrations and differences between 'barely hits' and 'dead on hits'.

* List is subject to change depending on ET:QW specifications and limitations yet to be announced.

AvsB is being developed by Digital Software, the developers of the award-winning Battlefield42 mod SilentHeroes.

Current status of the project

Since ET:Quake Wars is announced to be pushed into 2007, and was so just 10 days after we announced that our new project, AvsB, was being developed for it, I thought it would be nice to tell you what our current status is in regards to this.

As announced before we are in pre-production. This means that we are deep into writing game-doc's, brainstorming up new things, planning the comming milestones and looking for talented people to extend our team with. This haven't changed. 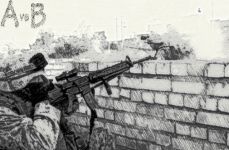 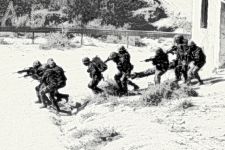 So what does the ET:Quake Wars-delay do to our planning?

Not much, infact. We will recieve even more time to work on assets (like models and textures) before feeling any pressure that 'they want us to release an early beta to try out with', which we wouldn't release too soon anyway. It will ofcourse also delay the time until we can get our hands on the current engine (since it's not fully compatible with the D3-engine) and have a chance to learn any quirks or, if any, unusual setup that might be required for modelers and so on, but hopefully all coders will be up and running at full speed soon after the game is released so that shouldn't be any problem. 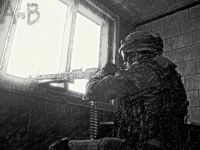 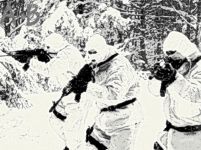 One thing that we do like about the delay is that...it's done due to the insight by Splash Damage that they need the time. They need the time to get the game as evenly balanced as they want, so they make sure thay have that time. In this age of games being released as nothing more then glorified Betas it's refreshing to see that this step is taken and it reinforces our belief that ET:QW is going to be the next big online game with both an active eScene and public-scene, but also an active, and supported, mod-scene - that will greatly extend the life-time of the product in question.

Don't forget that we are looking for talented individuals and have job-postings up for modelers, texture artists aswell as concept artists. Even if your line of expertise isn't listed you can send us your CV. For many positions we have more job-ads that will be posted later on and any early submissions will be handled first.

AvsB is the future of war; secret operations and high level VIP-duty. With the success of PMCs in Iraq during the early second millennium and in Africa...

Funny...I thought Quake Wars was already futuristic war.
Aliens attacking Earth, seems like what could happen in the distant future and all the tech etc.

The side that bags the most kills wins.

Have good luck and also try to keep your mod alive! :)

sounds promising keep it up and dont die :) and the concepts look good too they look verry professional

are those screenies in game or just load screens etc