Ferocious Battlefront, a brutal total conversion of Star Wars Battlefront's Galactic Civil War, here for your entertainment and enjoyment. Ships support with custom maps, everything's bigger, louder, more violent, and each fight is a challenge, Thanks to all the people who made this possible ! Big thanks to Gistech, Sereja, tirpider Unit 33 Astute Pandemic. Detailed and complete credits are in the mod's archive ;)

Hi ! I realize that I've been quite silent lately, the reason is that I've gotten busy with things and that it prevented me to work on the mod for some time. However, I seem to be back with the ability to put my keyboard to good use, and I announce that after an intermediate release that will be called V2.5, the 3.0 will be part of our lives this year, bringing some features we could only dream of before :

A new soundtrack for the Galactic Marine Corps. Being in the boots of the last stand in the front of the Empire is something intense, and should be lived like that, a new soundtrack will subsequently come into play.

A Single Player campaign, Live the story of fall of the Republic through the eyes of a Marine, part of the last thing that stands between the Empire and its domination of the galaxy. 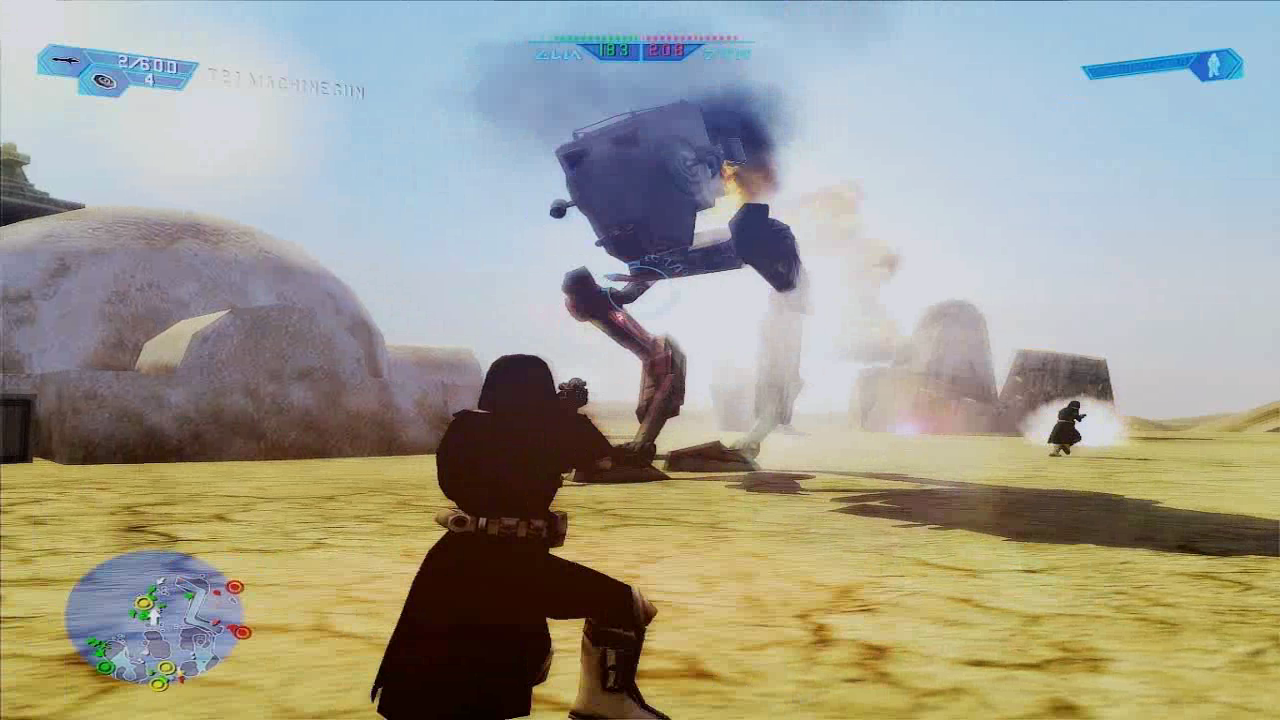 Full Audio Environment, for you to feel and hear whatever your soldier is withstanding in the heat of the battle

Full Mod support, The Battlefront Community has built many great maps, some of them far beyond the limits planned by the Development Team, making the mod compatible with them would be the ultimate goal for my mod.

Now, when will this be released ? Probably at the end of this year, however, you won't have to wait that long, as I'll post updates whenever I reach a new stable milestone, I will also try to make of that release the fruit of a collaboration, I'm gonna try to reach some people that are far more experienced than I in order to get help for some things on the mod, and to, let's hope, bring us that release that will break all the established boundaries in the game.

Christmas's Stable Release is on its way !

The next update is coming ! Yes, it was a lot of work, but everything was reworked on, and extra polished for the end of the year release !

This article is a feature list and an introduction to Ferocious Battlefront.

The awaited version of FeroFront, now reaching its most stable milestone, and here for your enjoyment.

The closest to infinite I can get is 999 dudes available on the battlefront...

The promised release is finally here, it enhances the graphics, the effects, adds over 100 new sounds, adds new voice dubs for the marines,new models...

The mod brings, as his name implies, a ferocious and brutal gameplay, so far the most intense Battlefront 1 experience, only for your enjoyment, revisit...

Hey there, don't be affraid if you can't connect to the servers yet, we're getting them patched up to work with v3.0 so they'll be up in no time

How did you manage to implement custom crosshairs? I have been lookiking for the default crosshair files for some time so I can edit them. Please show me where you learned to do this or just tell me yourself.

Sorry for the long answer time, I have modded the Common .lvl, just visit swbfgamers.com for tutorials about everything, also this might help you :
Swbfgamers.com

Sorry about that. I have figured that out a while ago after I posted the comment :(

Haha, don't worry I ain't leaving it, I'm still working on an update but I've just gotten kind of busy lately, there's even a build on it's way, that fixes some bugs and adds some new stuff. :D

Bugfixed 2.3 is here ! Remember to redownload !