Fear The Dark Side

Total conversion mod that replaces the Rebellion with the New Republic, The Empire with the Imperial Remnant, The Zann Consortium with the Mandalorian Clans, and adds a new faction, The New Sith Empire. Revamped Galactic conquest maps as well as skirmish maps are included along with a few new ones. The Focus of this mod is to make the base game larger and more tactical as you will have to alter your fleets and tactics to match those of your various opponents.

Long time no see everyone! The long absence was unfortunate, but has given the team plenty of time to fine tune this update for you all. And without further ado, here are all the changes coming with this update!

Working on making a large skirmish map based off of this Jakku location. You guys hyped?

- Command points not capturing, being missing, or not giving extra pop cap.

- Aeten II having an infinite loading screen along with several other minor planets.

-Indigineous units not attacking correctly or only working for one faction.

- Many, many and I mean MANY text and icon fixes.

- Comm satellites must be built if you wish to purchase and use combat upgrades, Heroes, and unique units. 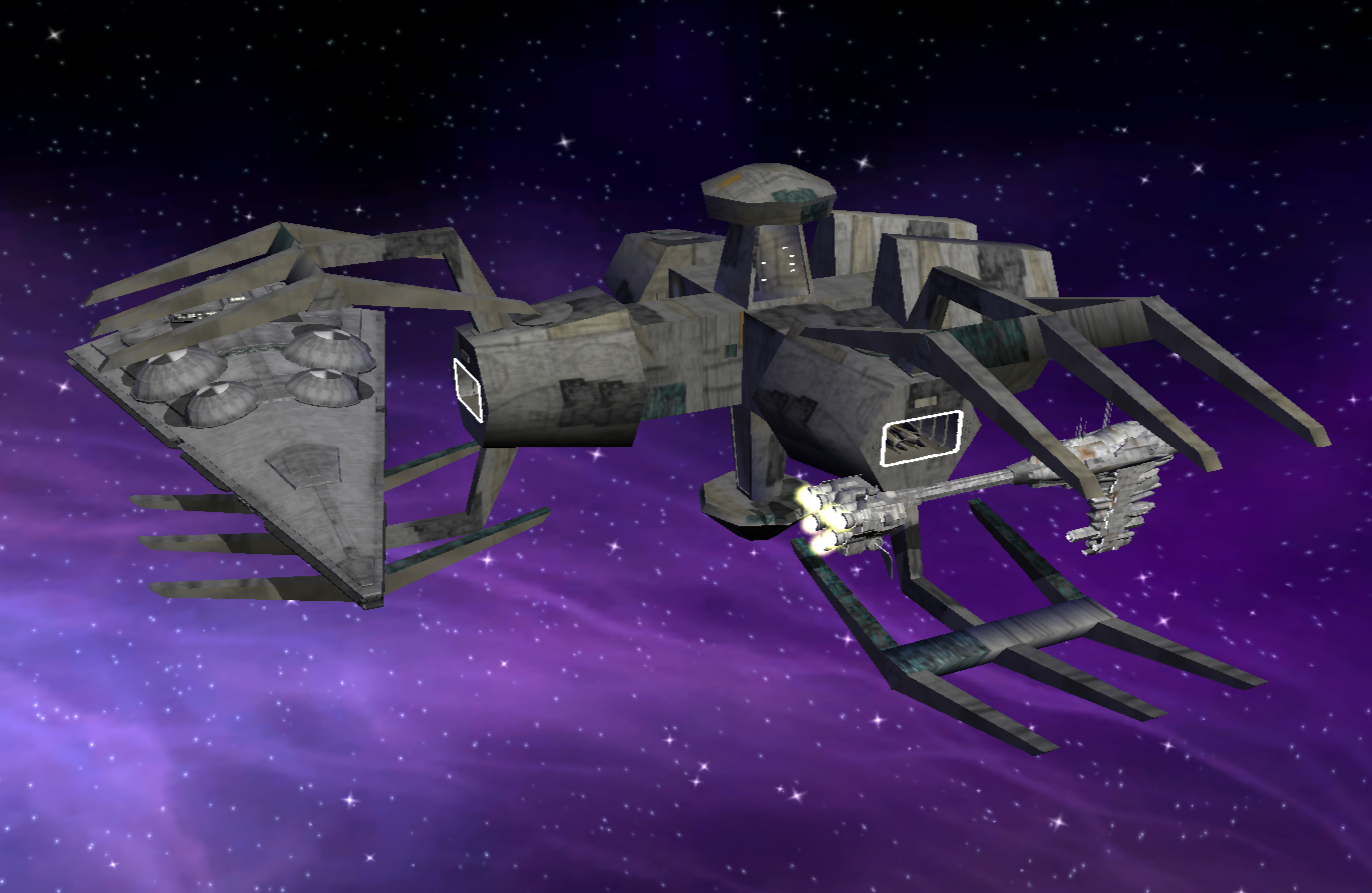 Example of on the new shipyards coming with this update.

- Certain units require a named Hero or planet to be constructed. (This part is up for you guys to discover. ;D) And other units cannot be built, they are all you get of that type of unit. (Think outdated ships and units, or minor heroes.)

- All Capital ships have had their hardpoints and damage values changed to match each other as well as to match established lore.

- All factions have had their resource structure costs and upgrades match, as well as having identical income values.

- Weapon and Armor types have been changed to better unify weapon and vehicle types.

- Mandalorian starbase has had its 'superweapon' removed, and instead now has the cannon autofire when unlocked. Range and damaged has been changed accordingly.

- All factions now have the same pop cap.

- Pirate and neutral factions have had their units and damage scaled accordingly. 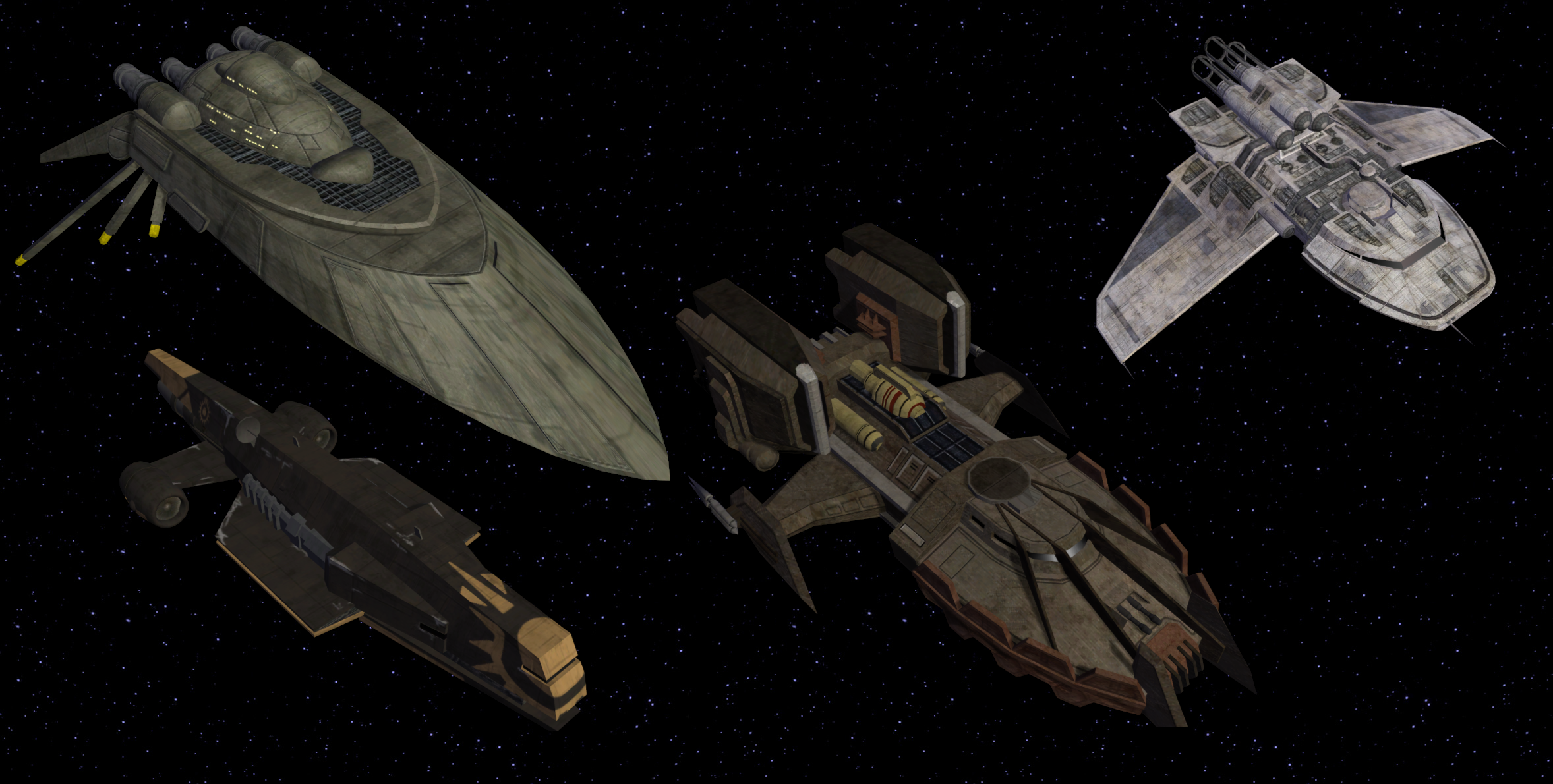 Just a glimpse of what you might encounter on neutral worlds. And they're going to ruin your day.

(This is going to be long... apologies.)

- Space (Names will be sparse. Working on better and canon names.) 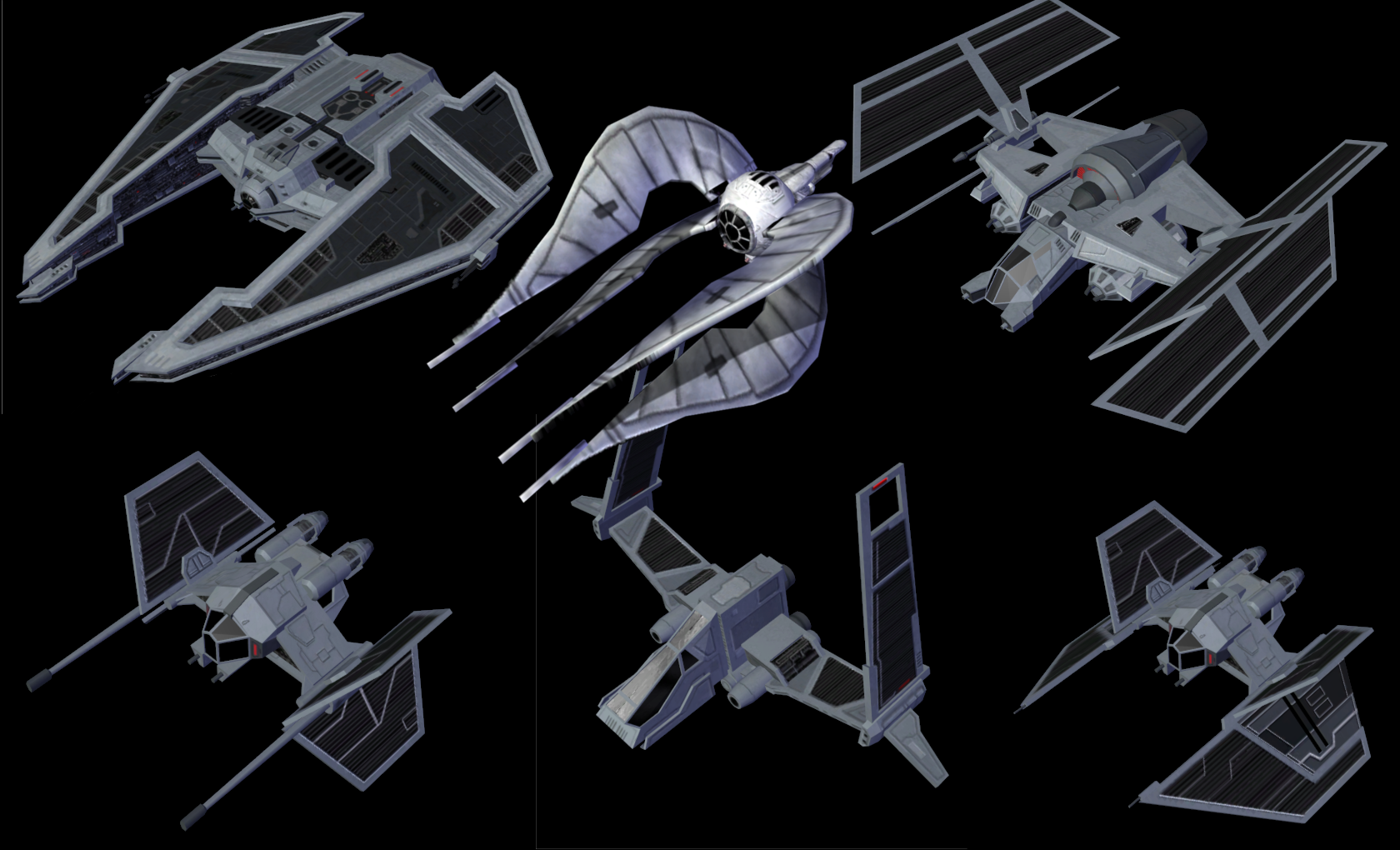 Different types of Sith fightercraft. All fast with lots of firepower. Crumbles like tissue paper though.

Well. That was a mouthfull. I hope you guys enjoy this... lengthy update. In the future I hope to cover more about what's coming in this update, as well as showcasing more about several of the new features and units. (hopefully more about several units not shown in previous images.)

Any questions or requests you guys have are welcome.

Compilation of all of the current ships in the mod. Ground unit list to come later on.

A current list of major and minor bugs, new units being added, and a small announcement.

I am so sorry about this, I did not realize that the original file did not come with the .bat file. It is completely my fault and I apologize for anyone...

First patch. Installation instructions: Open archive into FearTheDarkSide folder, place files from the folders in the archive in their corresponding folders...

Fear the Dark side Beta 1.2

First (working) Beta of Fear the Dark side. IF there are major flaws I will release a patch fixing the issues. A big thanks goes to the whole mod team...

Fear The Dark Side Skirmish (Does not work)

Alpha build of the new space skirmish game, still experimental, but functions quite well. We will update occasionally to respond to bug reports, so keep...

i cannot lunch game after moving mod files into FoC folder :/ it says cannot find D:\Steam\steamapps\common\Star Wars Empire at War\corruption\StarWarsG.exe but i have it in files

Is this mod going to be uploaded to the Steam Workshop? I'd install it manually but I don't trust my technical skill to do so without ******* something up.

There's a possibility of doing that once the Moddb version is out.

What news about the Crozius Empire?

From what our Lord has been saying, it should be relatively soon.

Fear the Dark side Development Group

Single & Multiplayer
Tags
Embed Buttons
Link to Fear The Dark Side by selecting a button and using the embed code provided more...