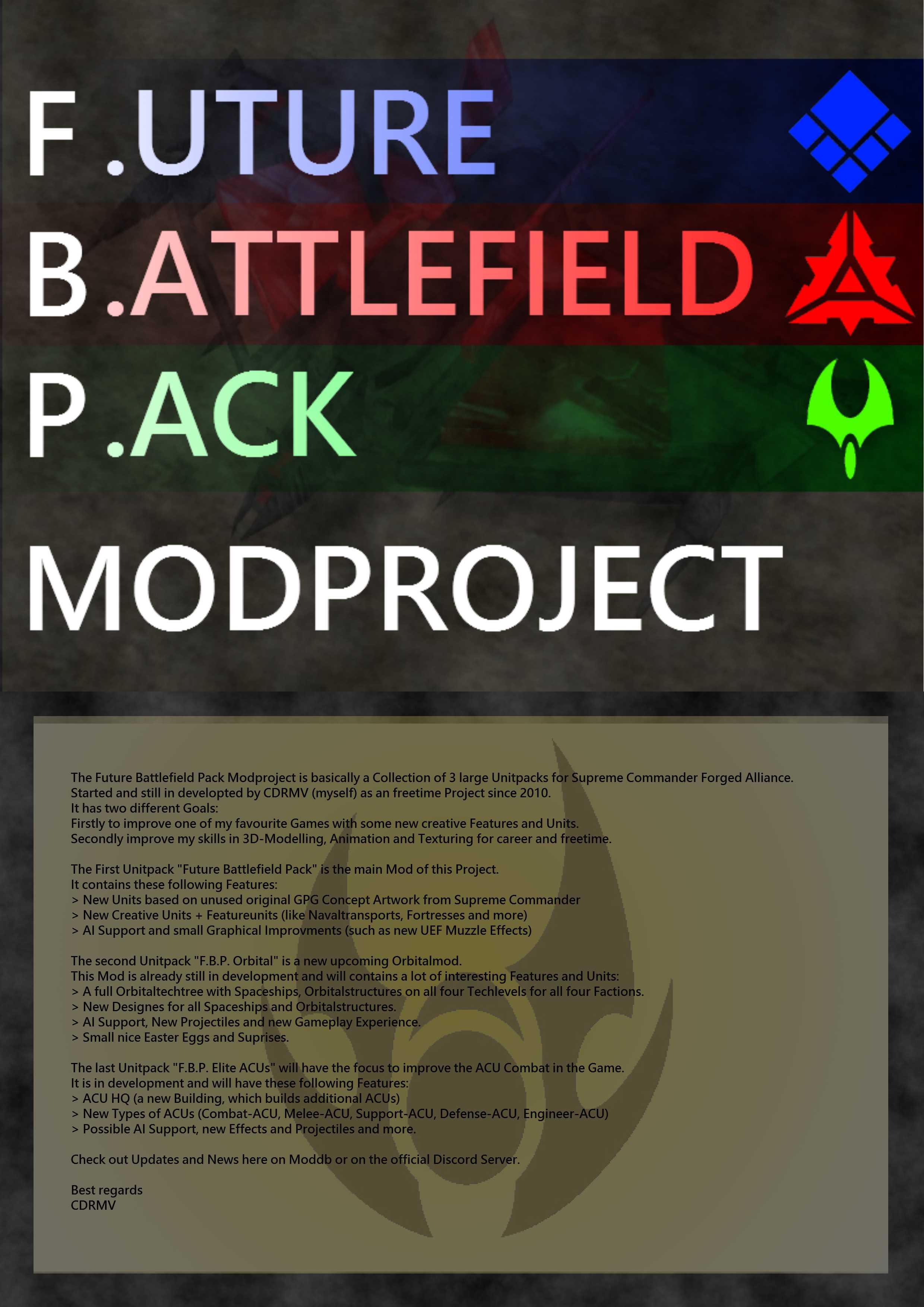 Introduction of the Submods and other Informations 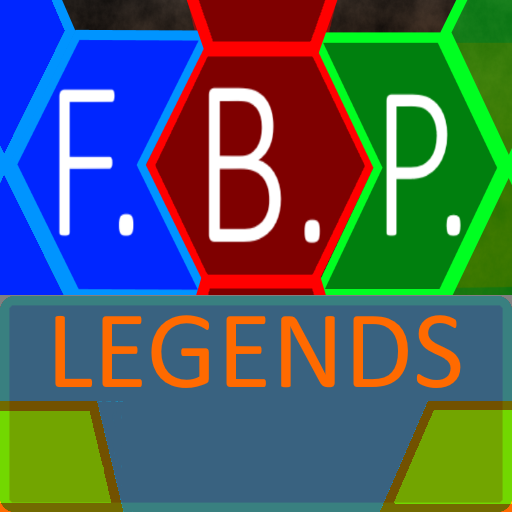 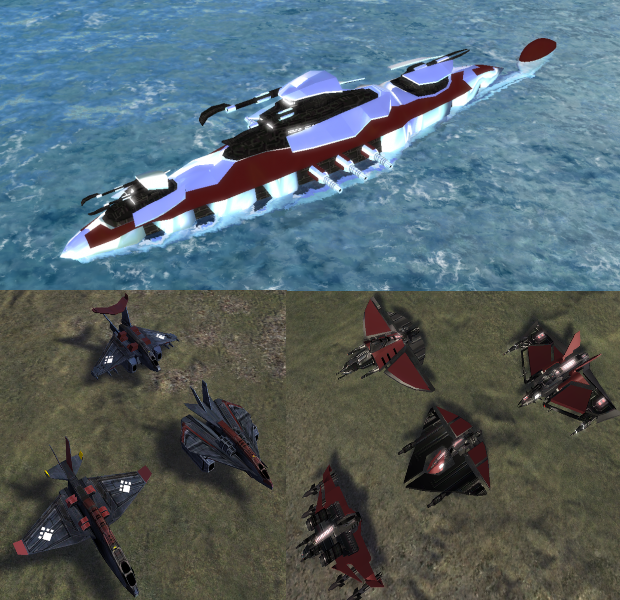 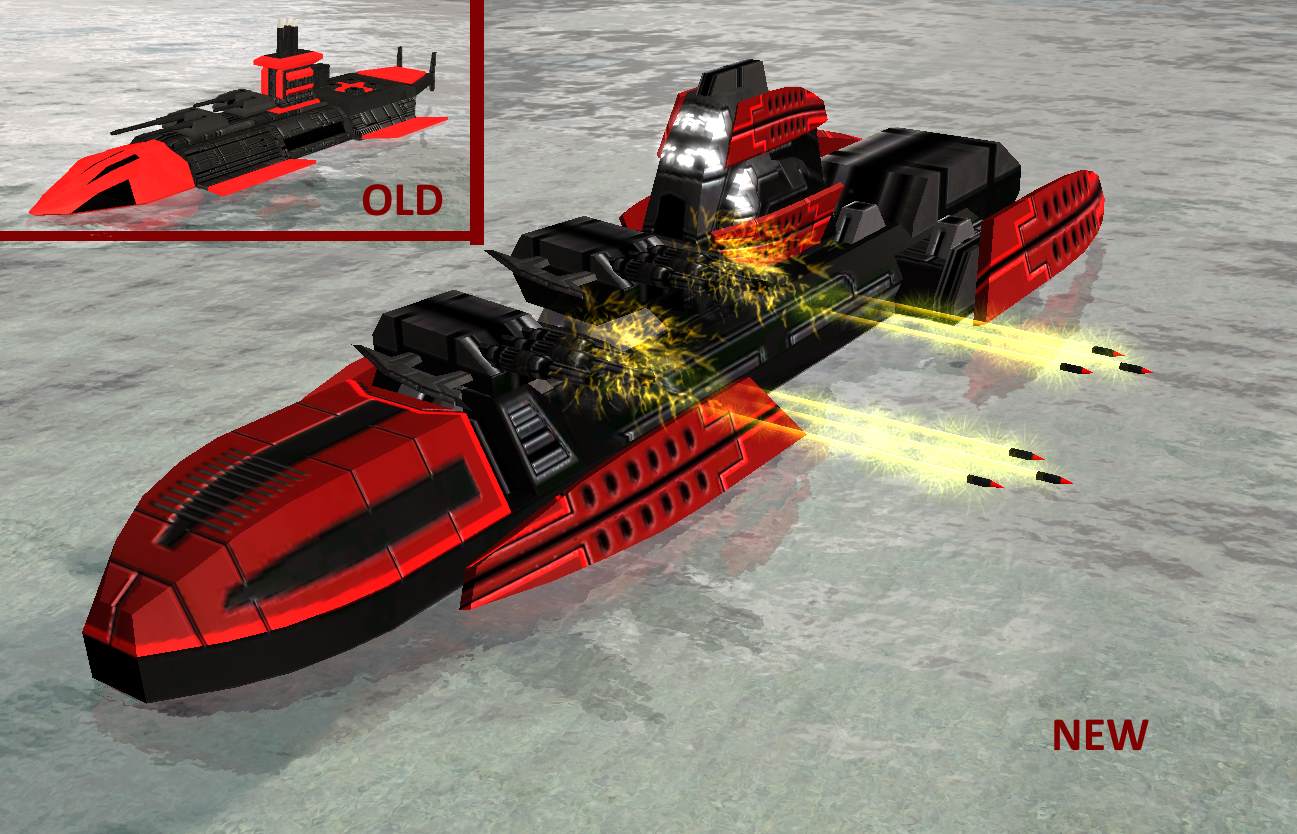 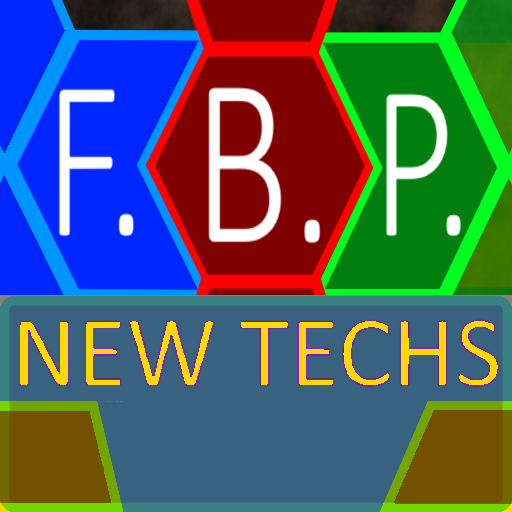 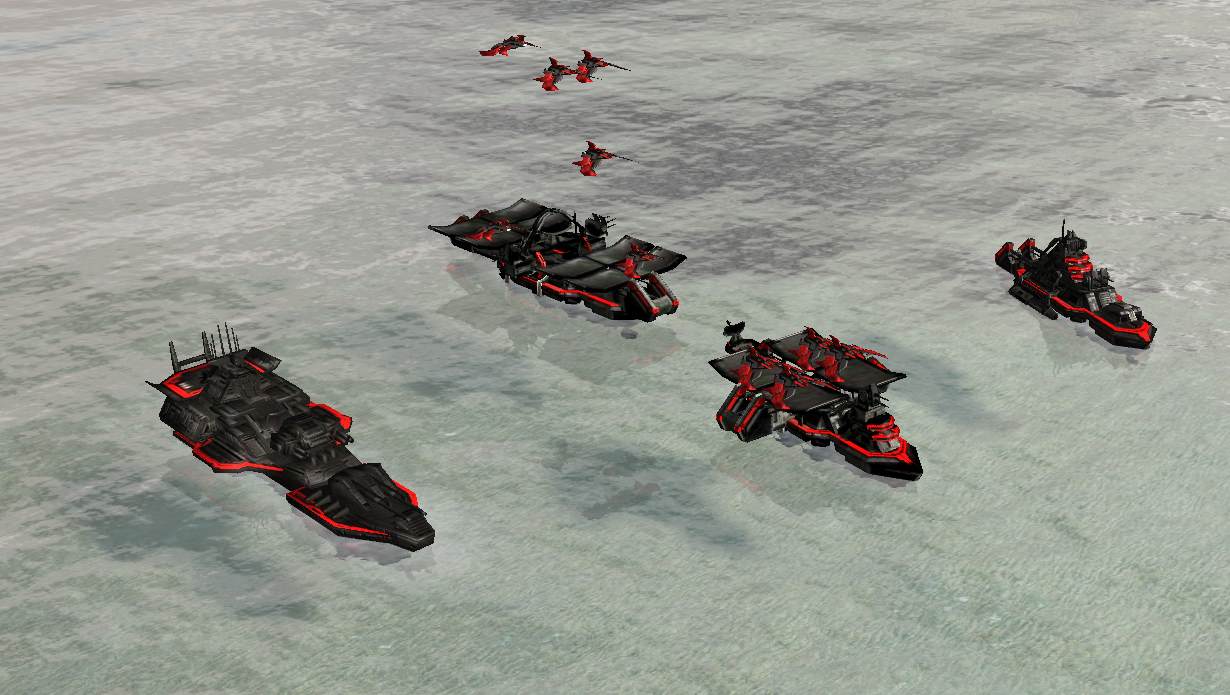 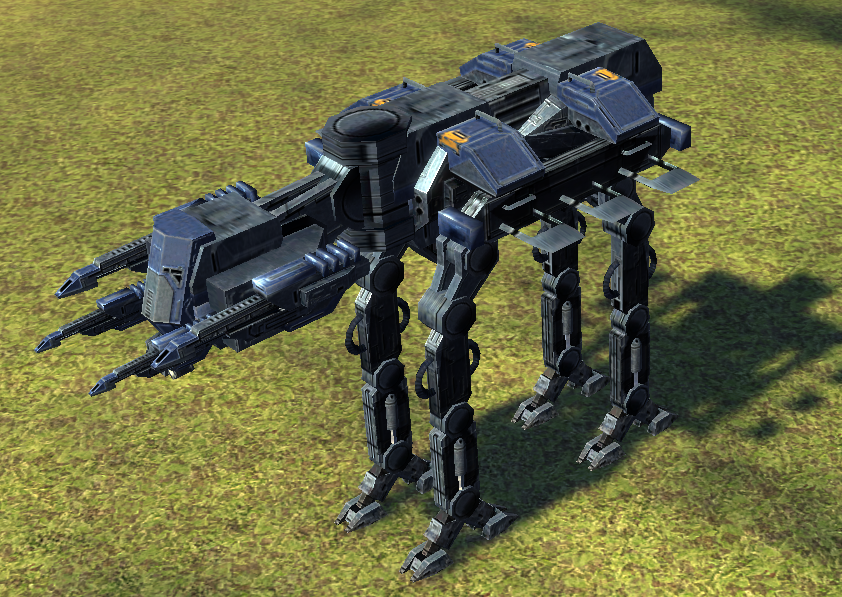 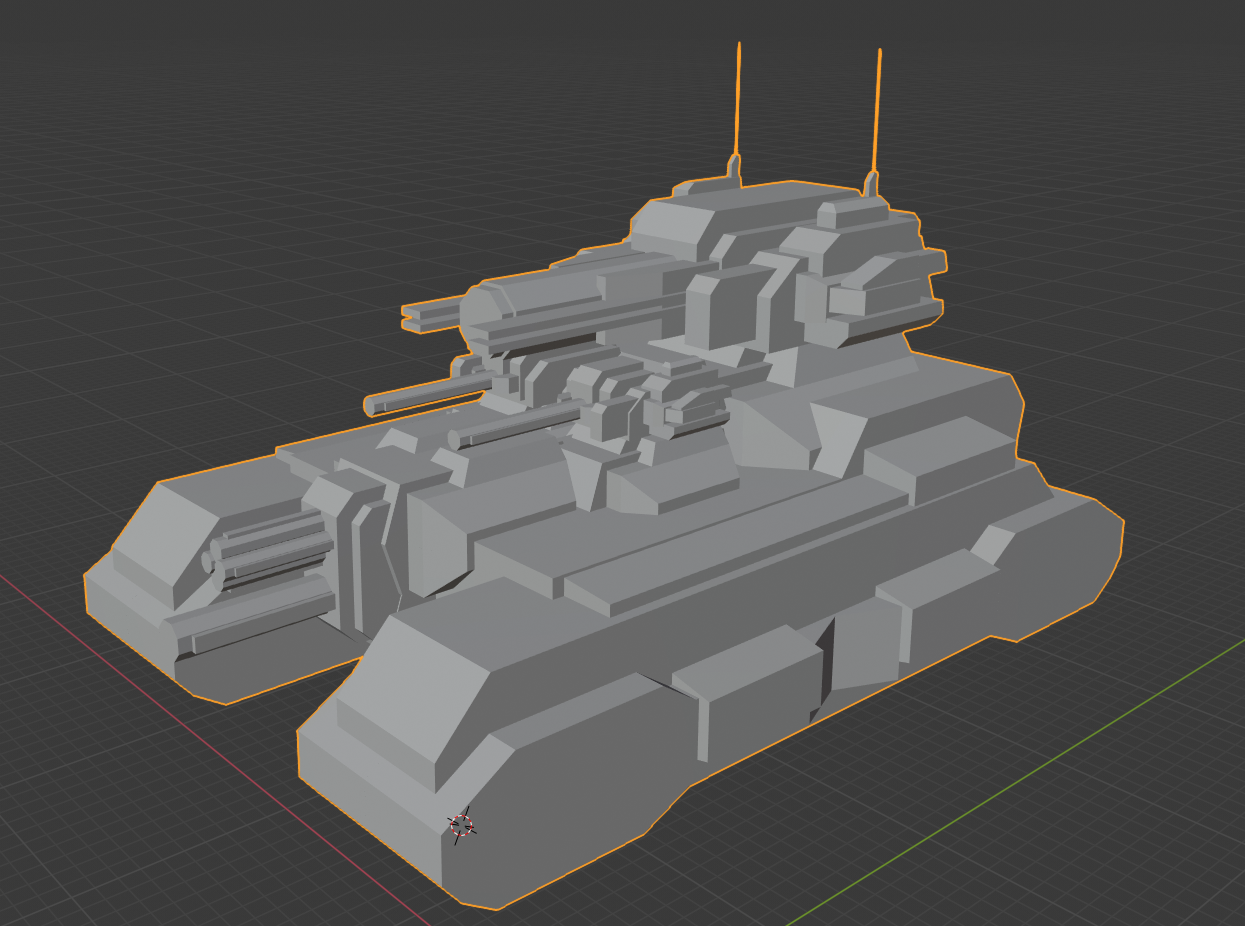 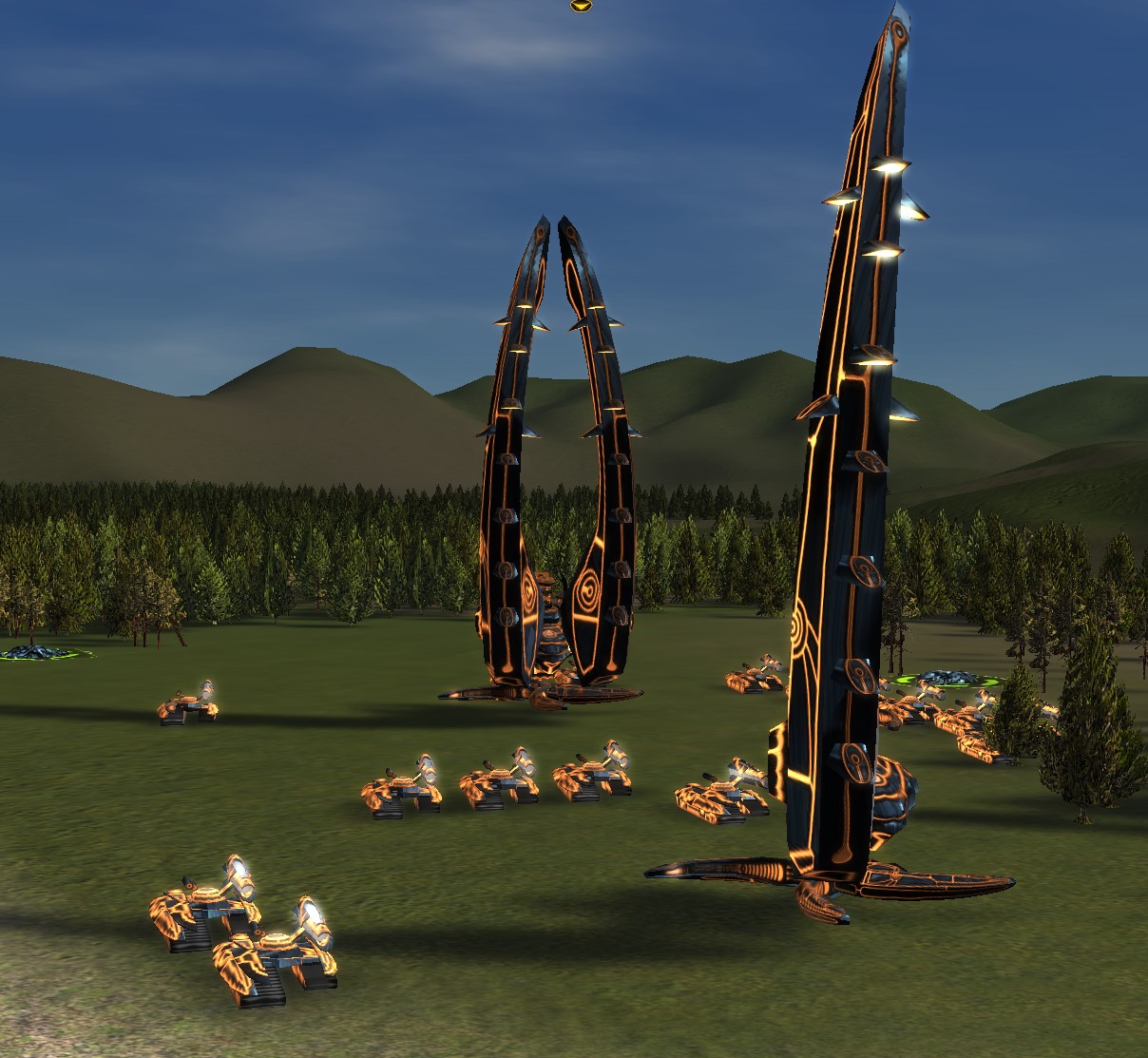 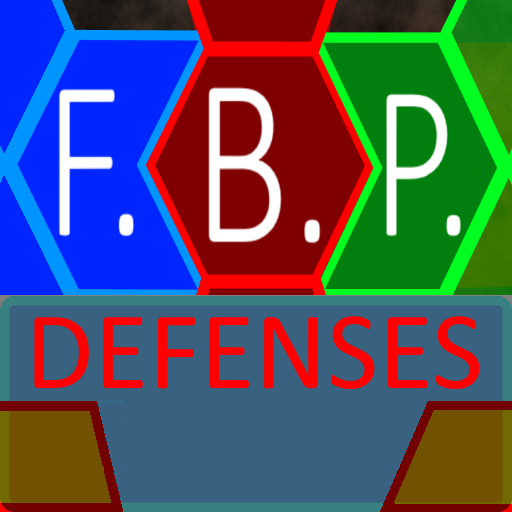 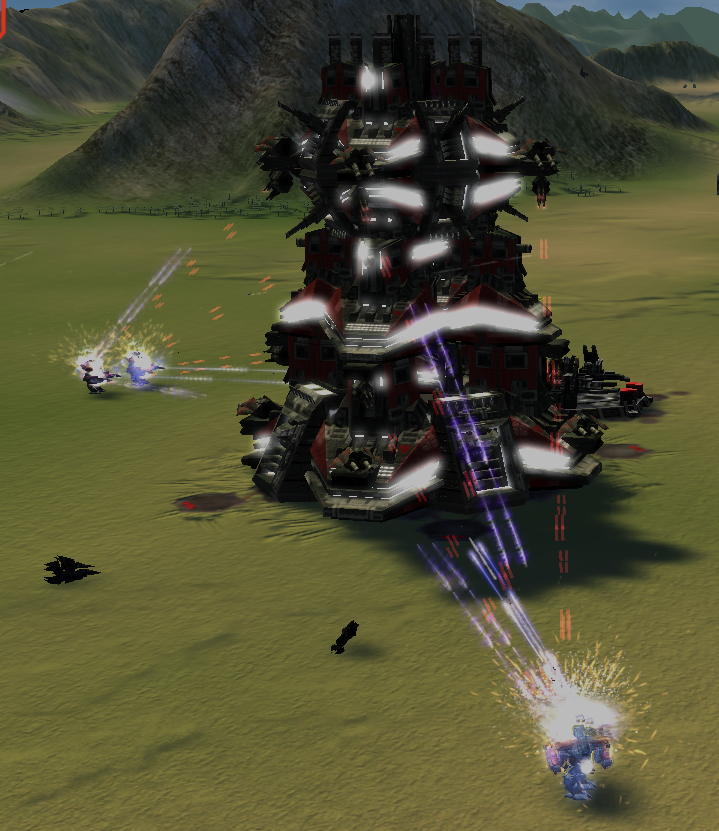 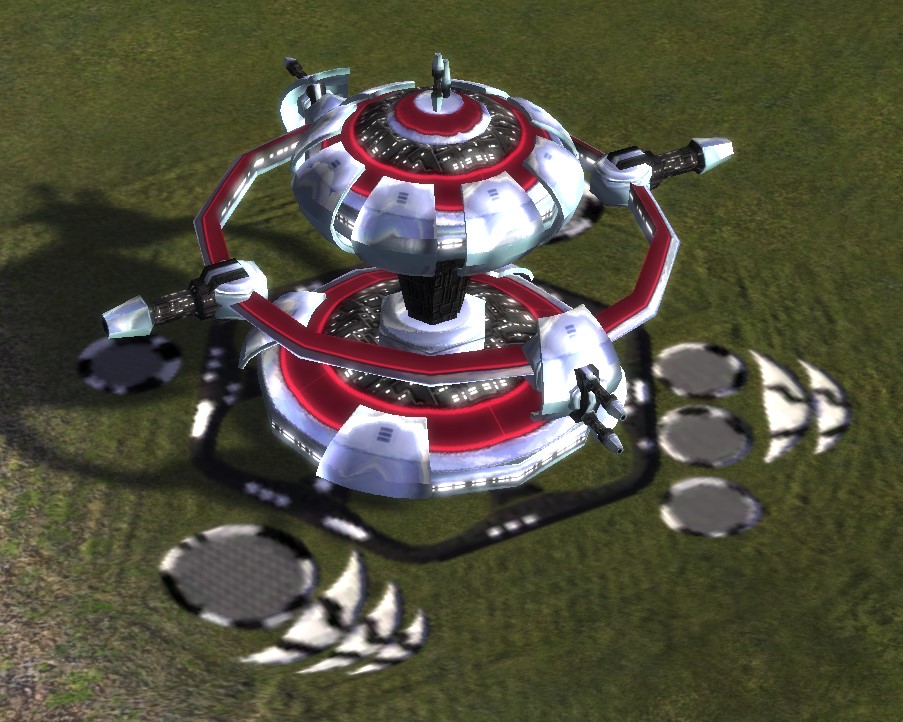 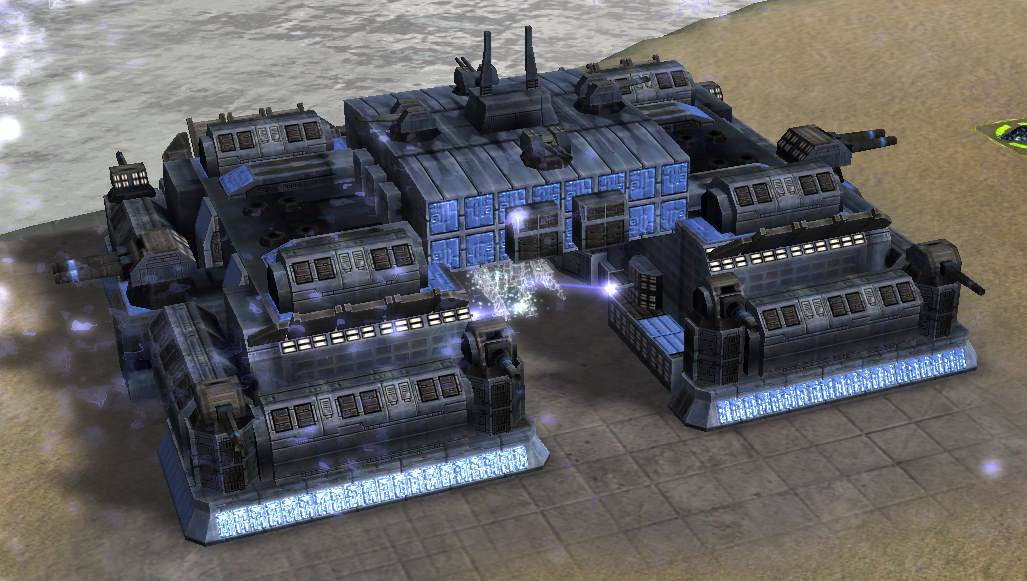 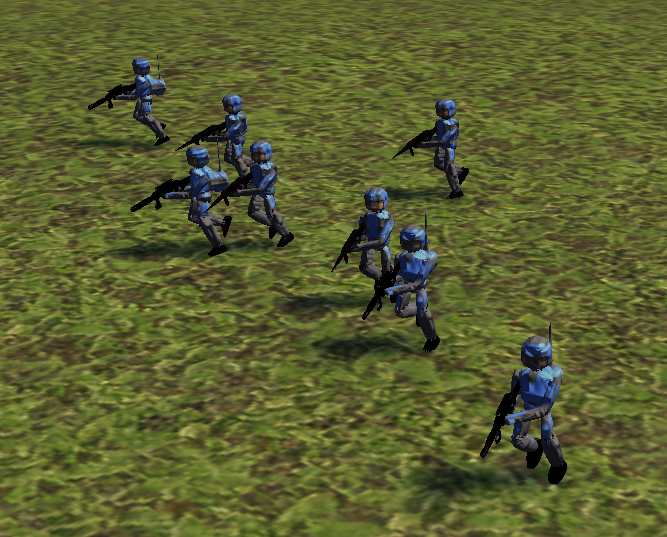 Hello Commanders, so the newest Version 1.1.8  for the regular F.B.P. for Forged Alliance has been released now. It includes several new changes and...

Hello Commanders, so the Version 1.1.5 Patch for the regular F.B.P. for Supreme Commander (Vanilla) has been released now. Install Instructions and Patch...

So several new public Updates about them will arrive here soon or visit the official Discord Server of this Modproject.

All in all stay tuned for more News.

So prepare yourself for large Suprises. :)

For anyone who want to Support this Modproject with Donates eventually in the future.
The Link for the PayPal Donation will be always located under the large Download Button on each coming Article.
The latest/current Article on Moddb has been updated with this Link too.

Don't even worry about infantry not fitting into supreme commander lore; you can very easily make infantry in this setting work just by referring to them as a kind of combat robot. I have always wanted to see infantry armies in the game, and I'm really curious to see how you will code them in! I'm mostly concerned with how it will feel to use them ingame, and how demanding they will be in terms of lag or graphics. Because they are so small, I'm actually really okay with them being simple tiny models. I think your current infantry graphics already look pretty complex/detailed, so I'm curious to see how you'll improve them!

Edit: Another potentially fun idea could be fully mechanizing/motorizing them, so every infantry squad is tied to a troop transport (naval, air, or land) which deploys the infantry in combat and supports them. Maybe they die if their transport is killed like how drones are treated. I'm not sure, I'm certain whatever you do will be amazing.

Thanks for your tireless efforts.

To add Infantry was for me a long planed Concept in the past.
So I have check out several possible ingame mechanics and functions, before I have get a functional Basic. Of course this Feature is currently still in development and will be updated from time to time with new Additions. Of course a Early Access Version of FBP Infantry Warfare is available too.

Next to of it I have get the necessary Skills to make any type of new Animations for the Game in Blender a while ago. So I can release any planned Concepts much more easier. :)

The current 3D Models are an Improvement of the latest Placeholder Models, which you can see in the actual Article.

The Textures for the 3D Models are currently in WIP.
The Infantry will die, if the Transport has been killed.
All in all thank you for the nice feedback and stay tuned for more.

For FBP Elite ACUs soon.
Elite ACUs is almost complete in general, but I currently working on an additional Feature for it. This Feature will be a part of the first public release of FBP Elite ACUs.
So more about that is coming.
The Armored Ships, New Naval Transports and the new Naval Units, which have been presented today will be added this week in a new Update of the Early Access Versions of FBP New Techs and Infantry Warfare
So if you want you can check out the Current WIP Status of any Mod of this Modproject as an Early Access too.
More informations about the Early Access and the Link to it is on the official Discord Server.

All in all stay tuned for more.

About Discord
The Link is now functional again:

I see your adding infantry awesome but I hope there not going to be robots.

Don't worry :),
The current Models, which have been presented so far are not the final ones.
In other words I will improve or replace them with an better looking 3D Model. :)