NOTICE: This fan based modification is completely unofficial and is in no way endorsed or affiliated with Syfy(formally Sci-Fi), NBC, Universal Studios, Relic, Sierra, Aspyr, Posthuman Studios Stardock or Ironclad Games. All trademarks, logos, sounds, and video are the property of their respective owners. This fan based modification is strictly non-commercial and may not be used for any commercial purposes! 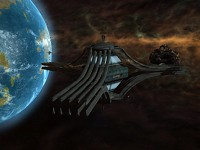 Welcome to the Cylon resurrection tutorial. In this tutorial we'll learn the mechanics of Resurrection and discuss some of the changes that will be happening in the next release to make resurrection even better.

Resurrection is the capability of the Cylon's to download their conscience shortly after death and then resurrected in a new body. Resurrection of the semi-sentient personalities of Raiders also can be retrieved. This allows the Raiders to return to fight with greater tactical awareness.

How is Resurrection represented in Fall of Kobol?

What is the Resurrection Hub?

The Resurrection Hub is a Super-weapon class tactical structure built via the Tactical Structures menu option after researching the appropriate Technology. As it is classed as a Superweapon, normal rules apply such as needing 4 planets before the first Resurrection Hub can be built. 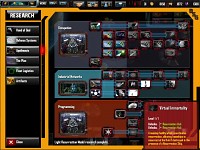 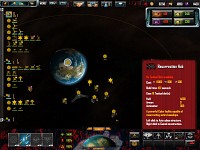 Warning: Let resurrection run on it's own. Due to restrictions with Sins modding clicking Resurrect while there is already a pending beacon will only use up the anti-matter without generating a new Beacon.

(Note: 1.82.36 version will resurrect more units that fleet supply allows. This feature will be replaced with resurrection beacons in the next patch or build) 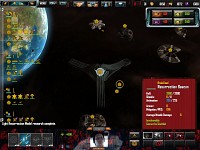 The range of "Resurrection Broadcast" includes the Gravity Well the Hub is in and any nearby Gravity Wells. 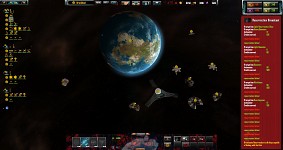 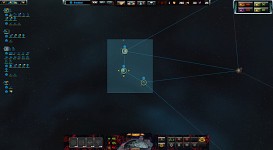 How can I tell if a ship is Resurrection capable in game?

Ships that are resurrection capable will have a "Resurrection Link" ability in their 5th slot. 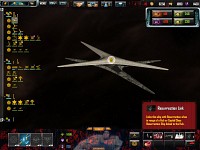 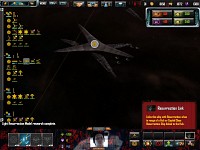 How can I tell if a ship is "Linked" to the Hub and will be resurrected?

Any ship that is "Linked" to the Hub will show red and green text of "resurrection linked".

(Note: 1.82.36 has a bug where ships still show as linked if the Hub or last Resurrection Ship dies until they FTL to a different gravity well. This will be fixed in the next patch or build). 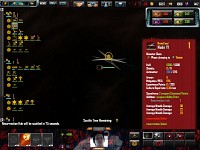 While the Resurrection Hub is restricted to within one jump from the Hub, Resurrection Ships can extend a Hub's range to an entire star system. 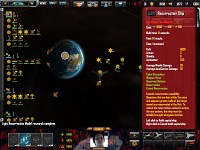 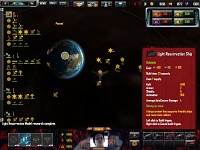 (Note: 1.82.36 has a bug where capital class resurrection ships aren't attaching to the Hub, This will be fixed in the next patch or build) 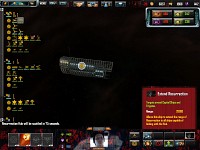 How to Install Sins of the Fallen

Installation Tutorial... Failure to follow these installation instructions will most likely result in a mini-dump.

Sins of the Fallen: October Update

An October update for Sins of the Fallen: Hard to believe it's been 5 years since I first posted the mod on moddb. Hope everyone has enjoyed or at the...

Colonial Separatists: You believe all Cylons are Toasters and can't be trusted. You also have a anti-Xeno bigotry that extends to all non-human factions...

Welcome to Fall of Kobol

Fall of Kobol is a total-conversion modification for Sins of a Solar Empire: Rebellion featuring Battlestar Galactica: Colonial and Cylons.

Brain Dead Development present the Rebellion build 1.95.62 "Baked" version. This is a baked version of Fall of Kobol into ONE mod folder containing the...

Brain Dead Development proudly presents a new version for Rebellion (compatible with 1.95). This is a full version download including all Sins of the...

Brain Dead Development and ZombiesRus5 proudly presents a new beta version for Rebellion 1.94.61 (compatible with 1.94). This is a full version download...

Brain Dead Development and ZombiesRus5 present the Rebellion build 1.94.51 "Baked" version. This is a baked version of Fall of Kobol into ONE mod folder...

Brain Dead Development and ZombiesRus5 present the Rebellion build 1.91.50 "Baked" version. This is a baked version of Fall of Kobol into ONE mod folder...

Brain Dead Development and ZombiesRus5 proudly presents a new beta version for Rebellion 1.91.50 (compatible with 1.9). This is a full version download...

It will be nice to see more of these mods in the future. Different, yet surprisingly trilling.

Would really hope for an update :) ! Love your mod been following it for years ! Thanks for your work until now.

Compared to the other one, with which it combines semi-well, it is great. But I would not hope for an update in your place. It has been almost 2 years sinse the last one. Most of the moders nowadays concentrate on the bigger Sins mods or have left Sins.

Great mod. Medium maps work best for zero crashes and lag for 1 vs 5+ AIs. Any hope for Hero ships being added?

What's the Cylon anti-strikecraft frigate, if I may ask? So far, I have been unable to target strikecraft with any of them. Is there any ship that has abilities against strikecraft on the Cylon's end, like i.e. disabling engins/jamming weapons/inflicting damage/reducing evasion/supressing launch? Other than the instant strikecraft rebuild granted by the Resurrection capital ship. Cylons are just feeding levels to Colonial capships/titan.

Edit: Looking at the militia (=Cylon), I came to the realization that the Cylon light carrier is supposed to fill the role of their antifighter frigate (Edit: Actually, the militia carrier/antifighter are both == Cylon light carrier). Unfortunately, although I changed the missile damage type to antiverylight (as fighters have very light armor type) and enabled "can target fighters", the game did not read my minimod and the Cylon light carrier kept shooting at other frigates instead. (Occasionally, I was allowed attack orders on fighters as those were passing by the side banks, but the missiles themselves apparently did not target strikecraft.) Not sure yet, if, for this to work, additional changes are required, i.e. to the missile entity itself.
On an unrelated note, I've noticed a weird behaviour of unarmed(!; i.e. TEC light carrier) hostile carriers, which would stay close to my carrier, following it all way through the gravity well.

Edit: The "tactics management" overwrites the cruiser factory on the Cylon/Colonial starbase, which therefore is unusuable.

the mod is so unbalanced ... Colonial no dmg, can't stand anything, no flak against airmen .... Cylon come over 200 missiles dmg over 10 airmen in a capital ship where the bombers destroy everything ... that doesn't even have one Colonial Titan at level 5 .... what will bring me more income if the ships can't stand anything, don't do dmg and are shaved by aviators ridiculous mod!

A question for you - are colonials balanced vs cylons in the TV series and lore? I don't think so.

For me the mod is fine, but there could be some improovement in areas such as:
- fleet size -> even on LARGE it feels small and looks small, except for the strike craft swarm that forms;
- upkeep vs cap supply -> why the value is the same as for regular supply, if it is not used?
- can't work with the fallen mod = game crash (no shields and point defences I suspect);
- It would be great if one of the cap ships of a faction is special to that faction (like the heroes in other mods). Something with a flare...

The game midway crashes, each time is attacks to appear on the small faction planet jumps out, is how to return a responsibility? ASK FOR HELP

B5 Sins Of The Younger Races - Remastered Sins of a Solar Empire: Rebellion