A mod for Victoria II with Heart of Darkness Expansion that continues the legacy of Divergences : An Alter Vicky mod created by Kinniken. HPM version by Capitanloco6/MajorMajor. In the Divergences mod there are PODs that are not bound to each other: *The duke of Burgundy decides to continue his support for Plantagenets in the Hundred Years' War *The personal union of Denmark, Norway and Sweden survives and evolves to a unitary state *Isabella of Spain married a Portuguese prince, instead of Ferdinand II. *The Chenghua Emperor does not stop Ming China's explorations, but decides to pursue them with greater zeal than before

The old Venetian and Greek content used to be heavily dependent on RNG - most notably for the Greek demands during the Council of Athens and the choice of government during the Council of Delphi. This patch aims at making the content based on player choice, while expanding the existing set of events and decisions (see the changelong in the file page for more details).

As an example, there are a series of new events that precedes the Council of Athens, the congress in which Greek nationalists of various walks of life meet to draft a series of demands for autonomy (or independence) for Venice, who is in control of the Aegean Islands, the Morea and Attica. By taking pro-Greek stances in these events, you can win the hearts and minds of the Hellene people, leading to them proposing integration into the Venetian republic rather than Independence.

One of these events regards the building of a new University. Building it in Venice will weaken the pro-Venetian faction within the Greek inteligentsia, whereas building it in Athens increases your chances of the Greeks staying loyal. 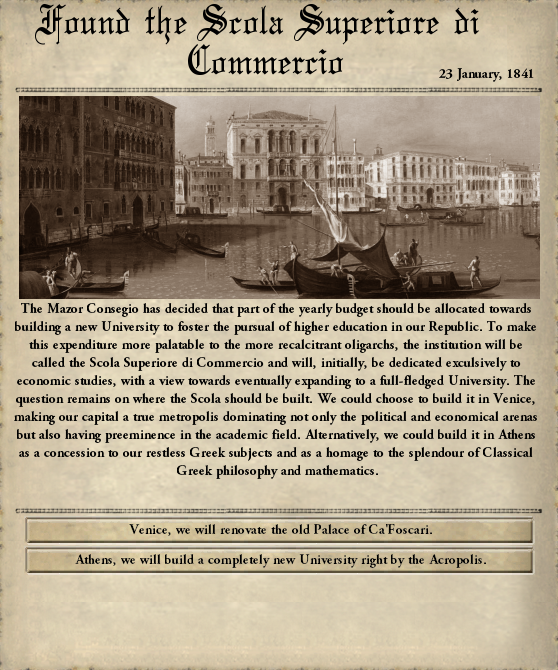 Another event will ask you to intervene in anti-Turkish riots in your Greek holdings. Protecting your Turkish citizens will antagonise your Greek population, whereas tolerating or actively participating in the riots will increase Greek loyalty. 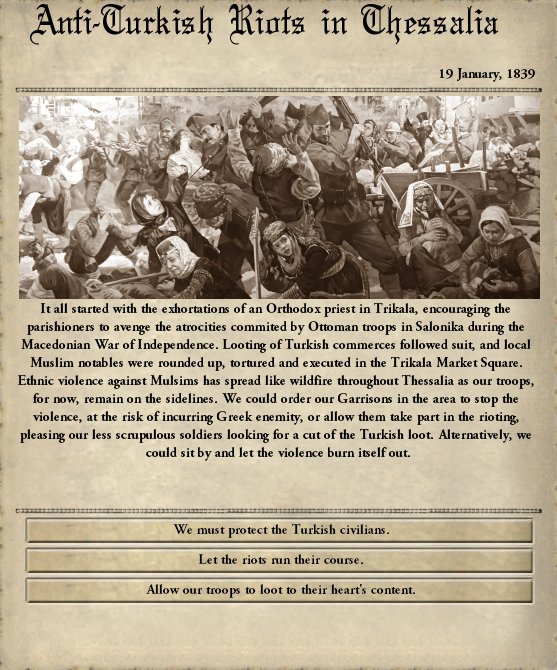 If you allow the riots to run their course, or order your military units to participate, the Turkish will retaliate, increasing Greek nationalism. 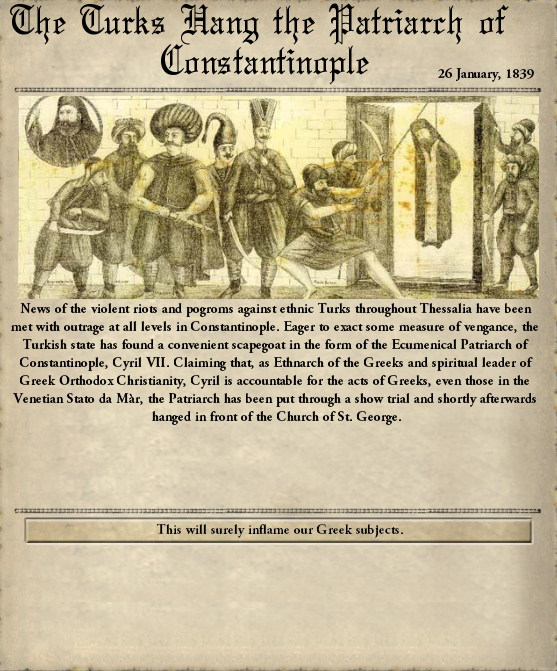 You can find the mod here:

Previewing one of the three available country paths for the Kar-Kiya, added in today's Divergences of Darkness release.

Preview of one of the nations on which the upcoming DoD patch will be centered - the venerable Kar-Kiya dynasty of Gilan.

Latest patch for the Divergences of Darkness mod for Victoria 2, focusing on Venice and Greece this time. See the description for a detailed changelog.

A new Divergences of Darkness patch is out, bringing content to Armenia and the Kar-Kiya monarchy, as well as a bunch of miscellaneous fixes and quality...

A critical bugfix has recently been implemented, solving issues with wrong poptype promotion upon serfdom abolition leading to mass unemployment and emigration...

Newest version of the Divergences alternate history mod for Victoria 2.

Hotfix to the 5/9/2021 release to reduce the speed with which nations westernise. This patch should be save-compatible.

Full version of the Divergences of Darkness mod for Victoria II. See patchnotes for the changes in the Caucasus Update.

Also the decisions Armenia gets are bugged and can be used as often as you want, for absurd pop growth

I re-uploaded the patch with that issue fixed, I recommend to re-download.

Not really sure how Armenia has any shot of winning without foreign intervention, you can only raise 2 brigades and have no leaders so you just get obliterated, even in the mountains

Is there anything planned in the way of Burgundy? They're easily my favorite state in this whole mod, but so little flavor exists for them despite their central place in Europe! D:

thanks for the mod btw amazing work <3

Eventually that's something I'd like to do. I'm open to suggestions as to what the flavour would look like.