Dark Messiah of Might and Magic was developed by Arkane Studios in October 24, 2006. Throughout the 10 years of it being released, it has yet to have little to none in terms of custom maps for single player. I plan to change this. This mod will include a fully working SDK for map making, a hub map for easy change of levels, multiple playable maps, and a new campaign. User-submitted maps are welcome, and I encourage you to make them. To help with user's finding a map they want to play, i prefer adding certain prefixes to the map names. arena -- An Arena style map. Designed around a central map point where the player fights off enemies in waves. quest -- A linear level, consisting of just 1 or 2 maps. There is a end goal. campaign -- A progressive story mode map, like the campaign that comes with the game. Contains multiple maps, with skills and items being persistent.

Complete rebalance of all skillspoints cost for abilities 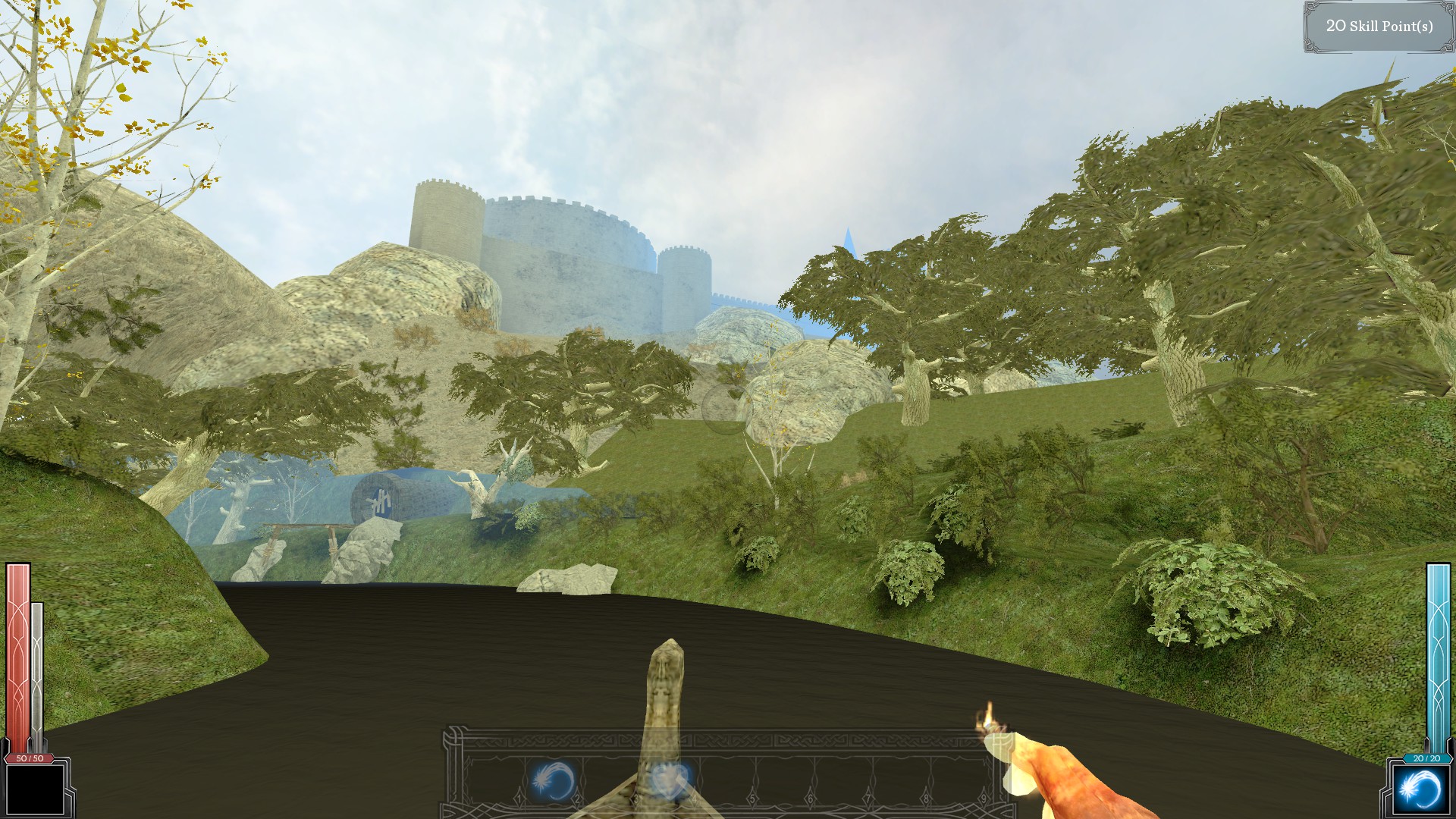 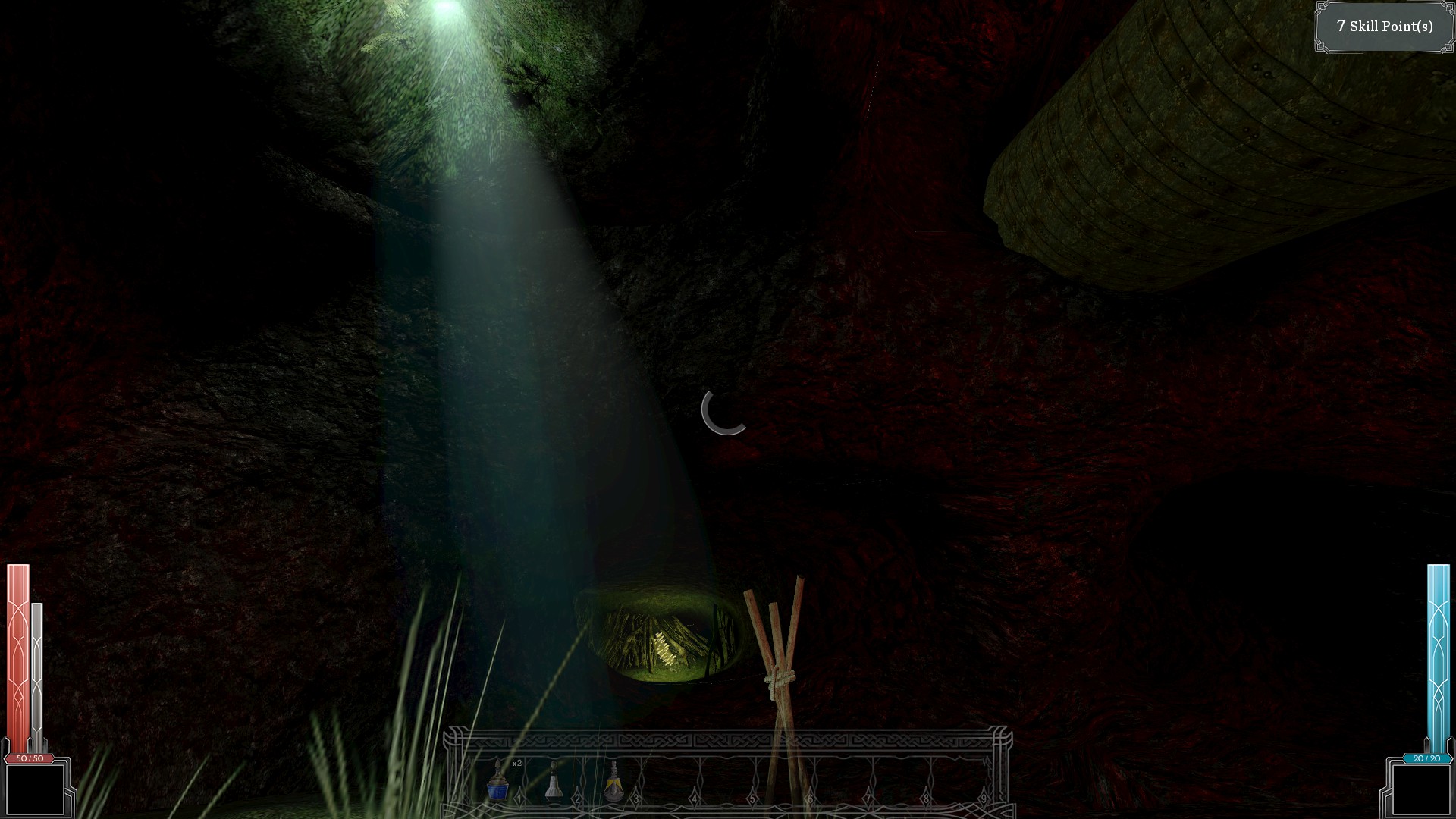 ARENA
Survival map where player has to survive as much rounds as possible up to 9999!

Each round has a different combination of enemies and every new round has increased difficulty and enemies compositions.
After 100 rounds there will be random enemies from the previous rounds.

Coins are used to buy weapons, items and mercenaries.

At the end of every round the player will get:

Every 5 rounds the player gets :

You can perform a killstreak if you kill an enemy within 5 seconds between the last one killed.

For every kill streaks you will get extra coins at the end of the round. 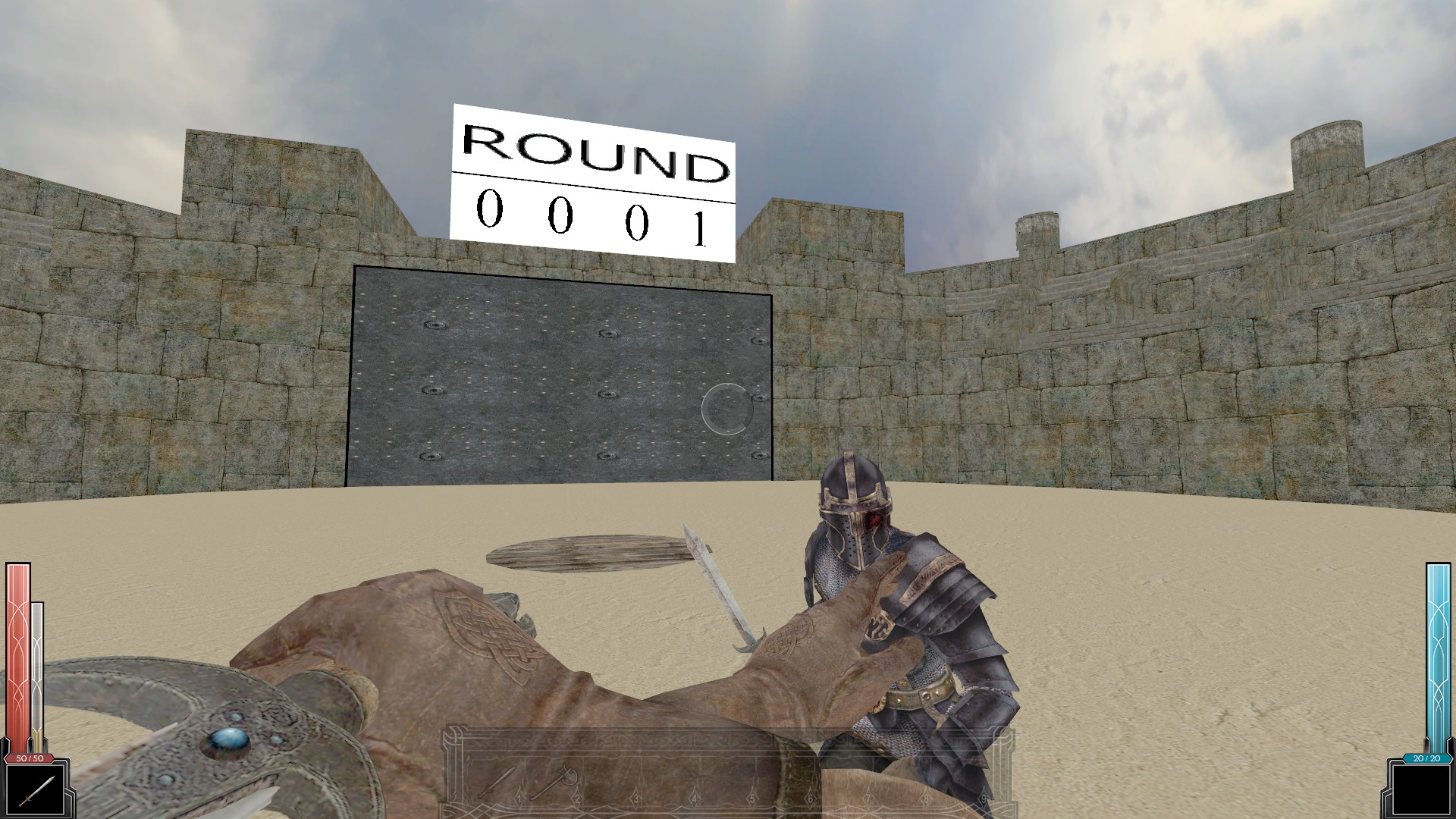 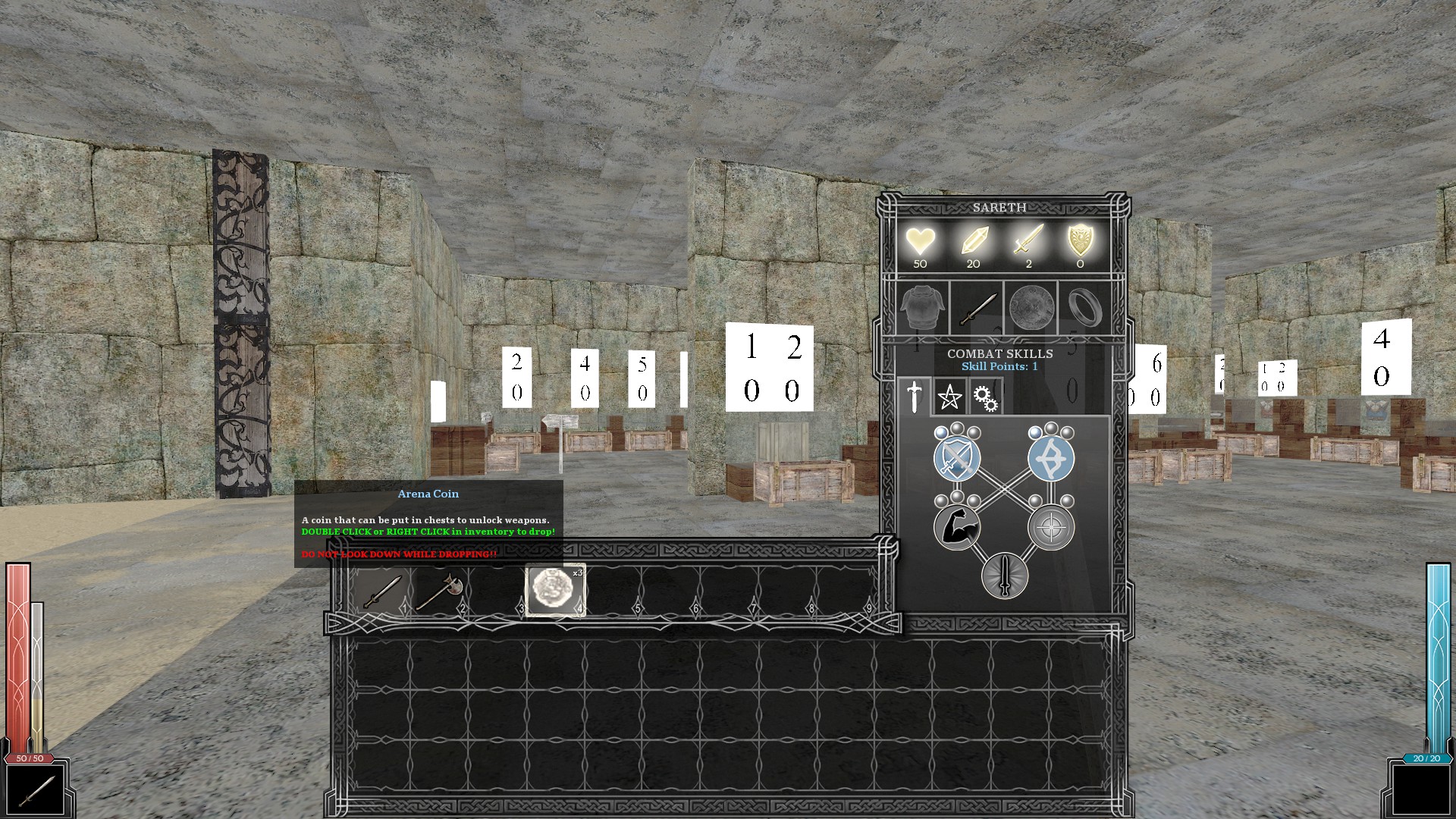 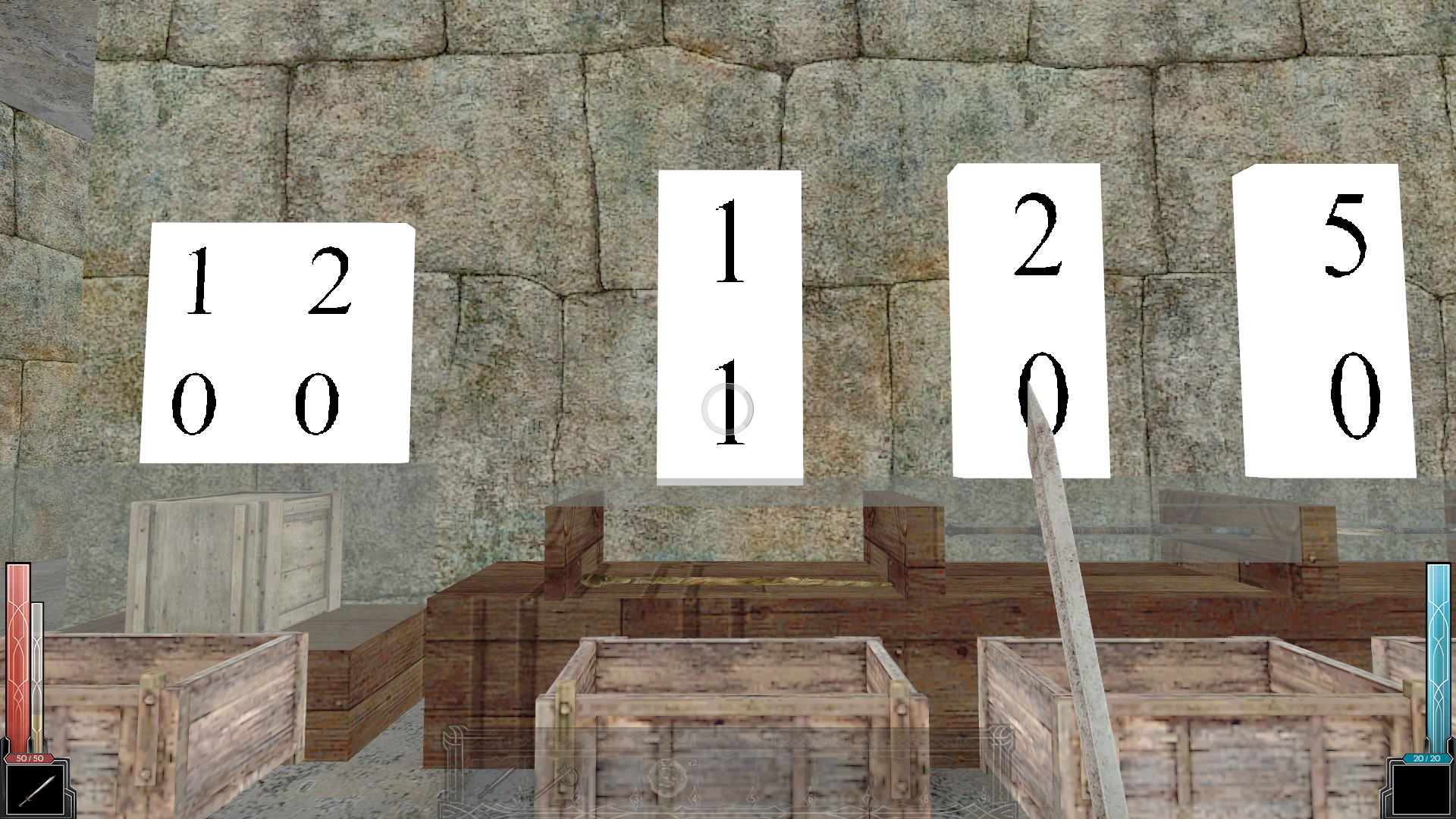 Maps/Textures being worked on, Developer team made, new pictures being posted, other info

To install the mod just Extract the DmextendedMap.zip into your mm folder. When asked to overwrite files click yes, the overwritten file is gameinfo.txt

Hello, really cool mod. But when I go the arena mu contrast goes through roof. Have you experienced this before?

Hello, thanks, glad you liked the mod. The brightness issue may be caused by the arena map. It has no lights to save for performances. Restarting the game and play arena should be fine.

The fix you mentioned doesn't quite work my friend.

hey mate awesome mod especialy arena, but i have a little problem i cannot find way through swamp in adventure mode i came to such a dome in swamp and looks like a unfinished out there or maybe i have some bug can enyone help me pls

Hello, thanks, im glad you liked the arena.
The swamp map is unfinished. Sorry for the time you wasted looking in that level, i had to focus on other things. I will probably finish it, still don't know when because right now i'm busy with other projects.

Good news folks, some user on the steam forums found a way to bypass the 2 corpse only limit, by hex editing some game map files.

you dont need to hex edit anything. You can also put a ragdoll_manager into a map and set ragdoll limit

Nice to know. Can you link the thread here?