Explore the secluded region of Ashan, where fearless orcs, wild goblins, dreadful undead, elusive trolls, gigantic dragons and many other creatures stunning in both size and depravity. This is a new and darker side of the legendary universe of Might and Magic, where the forces of evil are stronger and more cunning than ever.

Welcome all again for another LARGE monthly update! It's incredible how far the mod has gotten, and if you've been following on Twitter you'd know how much work I've been putting in over the last month to try and push for a Christmas release. I'm not sure if I'll hit it, but I'm extremely excited to say I am getting close! Let's dive in on the summary.

Some have asked why I didn't make a blog post or anything to try and get people to vote for this mod as MOTY. For me personally, this isn't nearly as polished as some of the contenders for this year, and I want people to really see the incredible things that were made over the thousands of games this year. Truly passionate work being put out, so I hope everyone got their vote (I KNOW I DID!) and wish all the best of luck!

The last week has been so exciting because as we went through test sessions we quickly realized that the game is ACTUALLY PERFECTLY PLAYABLE RIGHT NOW. Everything from inventories to map events all work perfectly, and we were having so much fun we went a little overboard and played from the PROLOGUE to CHAPTER 5, only stopping to the fact it was 5AM. I'd like to say we are in the POLISH stage of the mod. In the vein of my previous alpha test sessions, I thought it'd be neat to post it for everyone to see, though I'll have to cut it up as there's a LOT of footage, so I'll be posting more articles after! For now, enjoy this:

Given that pretty much all the core gameplay functionality of the game works as intended in the co-op mode, it's time to start actually making this fully feel like it's meant to be there. Cutscenes are still a glaring problem that need to be solved for certain things, and mapping triggers need to be addressed of course, but there's more to this stage than just those. A checkpoint system in maps for example, the ability to revive your friends, interactions such as ragdolls being produced, custom player models, custom voices, animations, ETC ETC.

To put it in a sentence: This stage is all about fooling you into thinking Dark Messiah had a co-op campaign all along.

That's right, this is no longer a one man show project! Everyone please join me in welcoming a brilliant / obsessive programmer, SacredAI to the Dark Messiah SDK team! I'll be mentoring him on the intricacies and methods behind reverse engineering while we construct the development kit for future Dark Messiah mods everywhere.

Originally it was just me working on the SDK exposure and Co-op mod, which meant I'd have to focus on one over the other and it would cause some progress to be stunted. Now the two of us will be going back-to-back, with SacredAI I taking exposure and reconstruction of functions as his main task, and then pushing it into the that modding SDK, then leading to me using the modding SDK to produce the Co-op mod as a framework of what you can do with it.

With SacredAI now assisting in the SDK development, we've had a lot of progress! We've gotten most if not all the functions / properties / networked variables of the CBaseEntity class, a crucial class that basically is a framework for all objects or NPCs in the game, identified for exposure.

Additionally, SacredAI has went ever further and climbed up the hierarchy to the CBaseCombatCharacter, the framework for character entities such as NPCs and the player. Why is that exciting? Because it means soon we can actually start trying to dump some custom NPCs in the game with this, with their own logic.

He's still going through that though, with the objective of going directly to the player because it is actually something that I need to be looking at for the Co-op mod. But given he's really only been on the team for a couple of weeks and has DEDICATED himself to pushing through this, I say we should all be clapping.

There has been so many things that have been done this last month, I'm not gonna waste any time introducing them.

That's right, the crashing during transition is no more! Now you can walk between maps, keeping your entire inventory and player states just as if you were playing in a singleplayer game. No compromises!

Some Dark Messiah maps are absolutely terrible for multiplayer due to all the entities that are active, so some optimization was added which allows everything to properly communicate with clients in a more natural way. This has the added benefit of making sure triggers all work appropriately, so it can actually do things at the start of the map to the correct player such as putting them in a horse, starting a cutscene, etc.

WEAPONS ON THE PLAYER 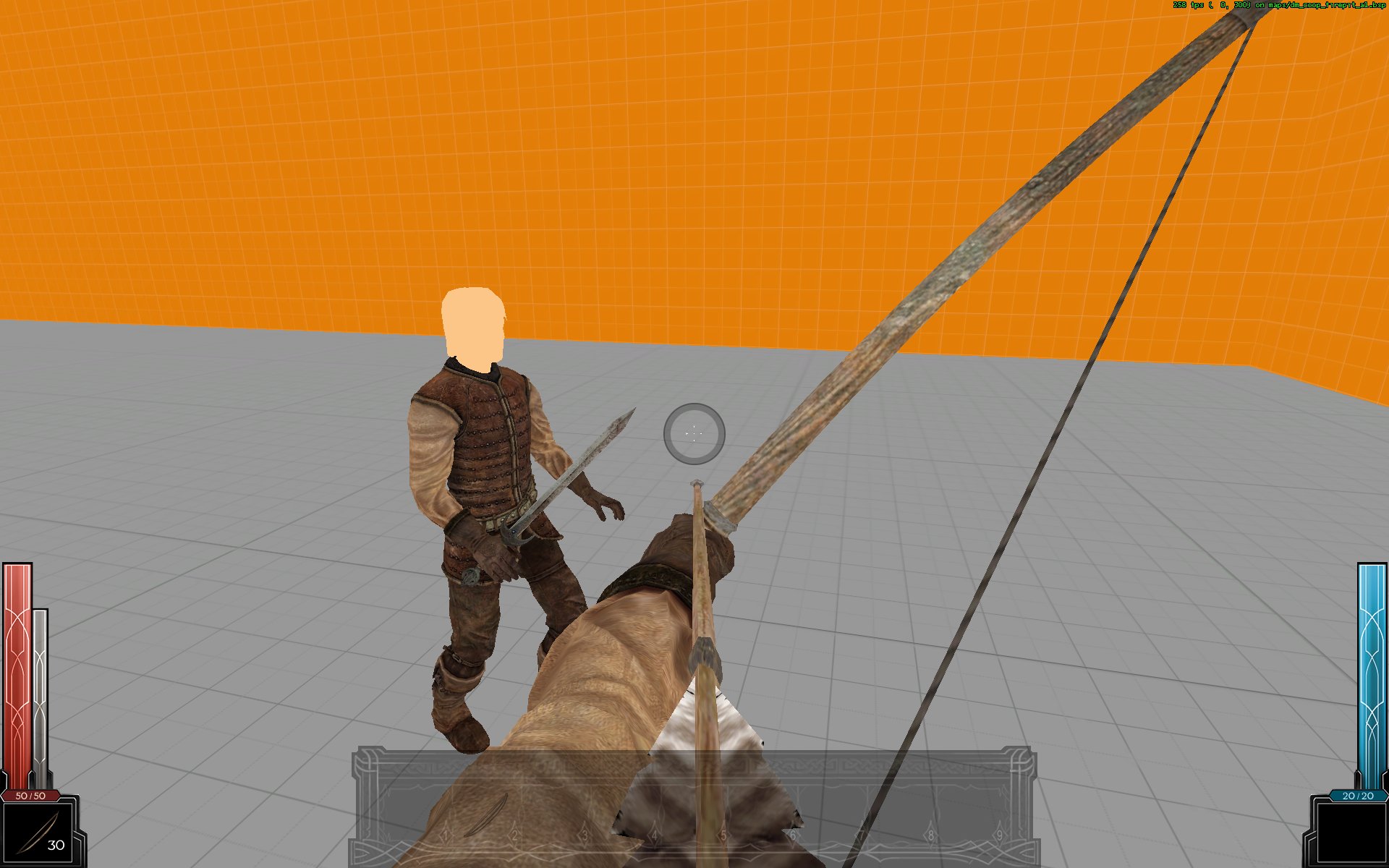 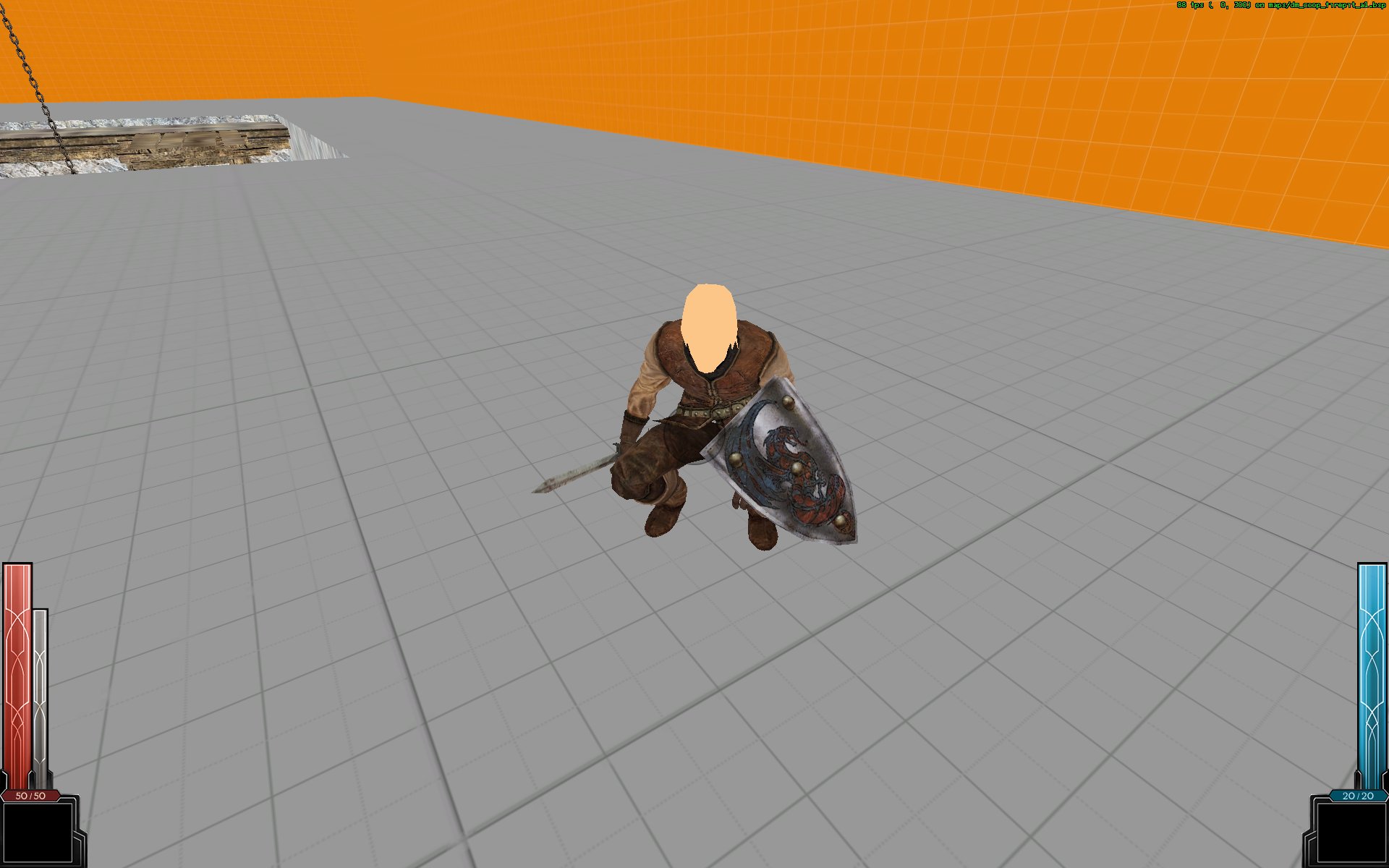 That's right, no more people walking around and killing things with their mind! I mean, the animations aren't there yet, but the weapons and items are now actually added to the player!

Props used to break into nothingness due to some issues with flagging in multiplayer. Not anymore! Now you can enjoy the actual gibs and splashes you'd expect from all things, boxes and corpses alike!

You can now kick your friend's corpses around when they die! This was a little more complicated, not a simple flag fix, but because it was really bothering me when people just DISAPPEARED, I fixed it! This in particular was designed so that the ragdoll can still be operated on, meaning I can do things like add loot, turn you into a zombie, drag you around, so on so forth. 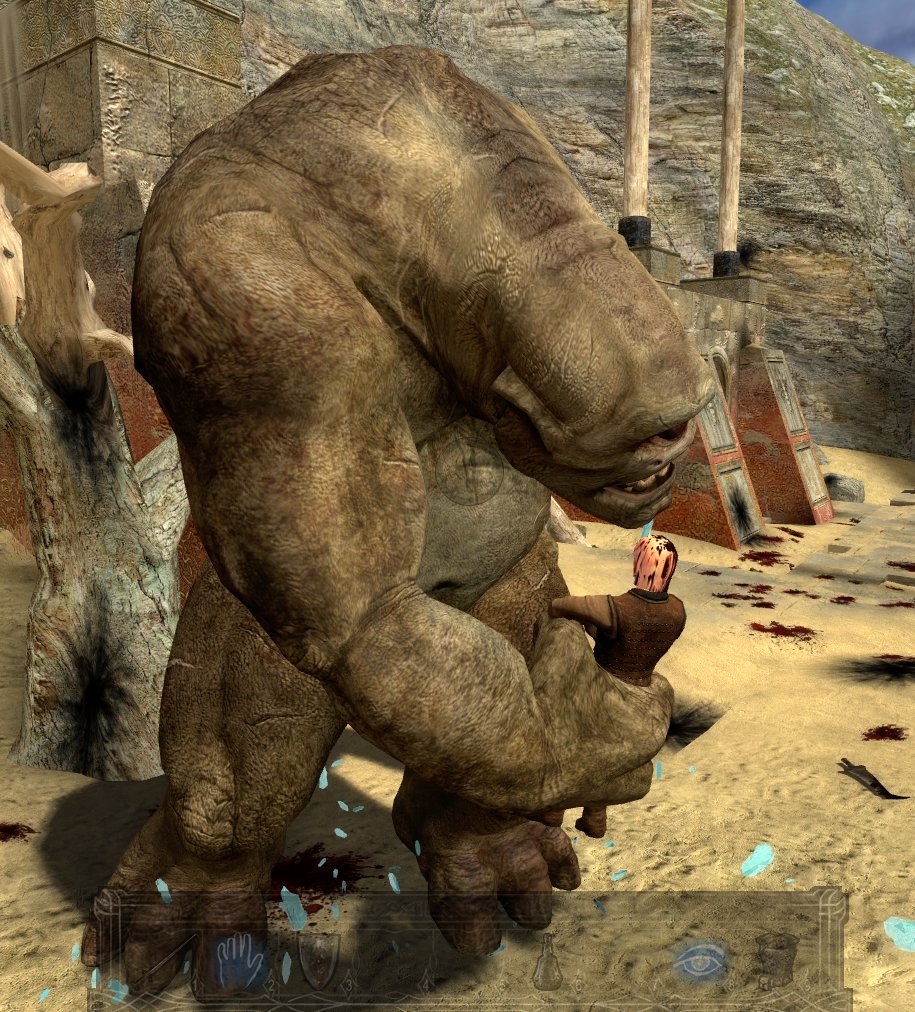 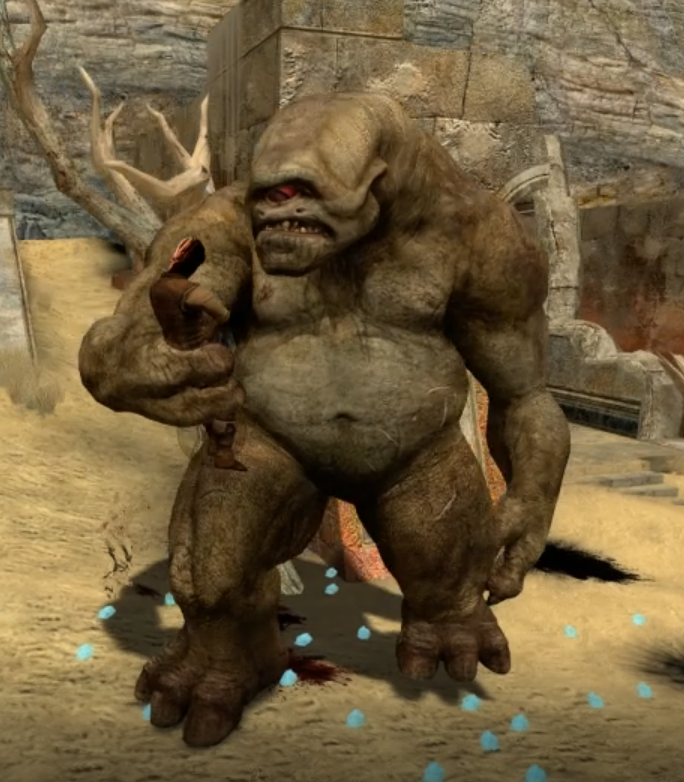 Animations are fully prepared and implemented for a lot of the basic interactions, but there's still a lot to go due to the animations simply not existing yet. It's pretty cool to see some of these in a new perspective! 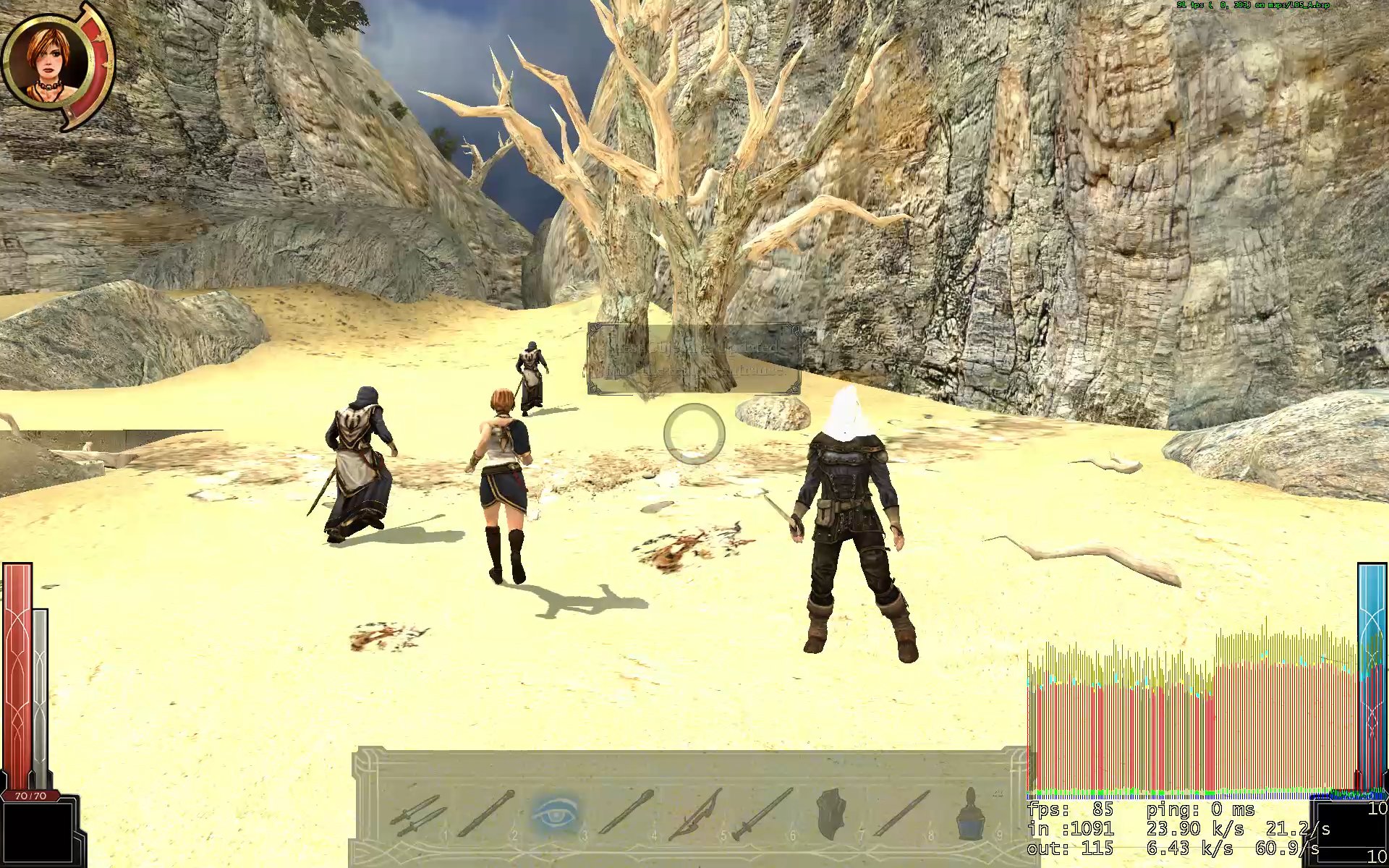 This is a very minor thing that wasn't noticed until we got to Chapter 4 of the playtest, but Leanna's HP wasn't showing in the top left. Now it does thanks to some quick proxying!

This is something you can't really get a screenshot of, but is something I did fix! Basically I'm now storing all this information for inventories on death and restoring it when you respawn. I designed this in such a way that you can even restore when people disconnect!

For this article there won't be a development diary as usual, because there's just been so much to talk about I need to actually put myself together to set up a script. But the time I've spent has been in getting these things done, so it all works out! I'll probably post a development diary after the next part of the alpha playthrough session. Sorry if you guys were looking for that, but if you are still itching for the technical descriptions I always post the nitty-gritty details on Knockout. Check this thread: Knockout.chat

It's a good and exciting time to be working on this! Discord is ready and up, so if you want to talk with me about anything, use this link: Discord.gg ( select Dark Messiah from the #role-assignment channel )

I accept all pings, questions, suggestions, and etc.

And I really really highly recommend jumping onboard the twitter to interact and see the minor, day to day updates: Twitter.com

Thank you all for the support!

The excitement doesn't stop with 15 minutes of gameplay and a bunch of revelations!

The Ropes of Autumn

The great rope issue has finally been solved! Plus new insights including networking infrastructures and movement options.

Twitter, ropes, and a lot of hard work. Taking the time to address what's happened in the past months.

Talking with Arkane developers? Custom entities?? Let's look back at a productive month!

This is a mod for Dark Messiah that adds multiplayer bots.

To install the mod just Extract the DmextendedMap.zip into your mm folder. When asked to overwrite files click yes, the overwritten file is gameinfo.txt

Gameinfo.txt file for those who just want to replace instead of edit themselves.

A small skill and item rebalance

This is the latest official patch for Dark Messiah of Might & Magic. This patch is for the German release only.

Why can't any one make a coop mod for this game, and at the end you keep your stuff, logging in and out as well too.

Why aren't there any mods for this game? Its amazing, and its on Source.

there are mods for this game, but not on moddb.

Started playing again, this game is really awesome, now only Chivalry has surpassed the combat, but all other aspects are still unheard of in most FPS fantasy games (Skyrim is disappointing in this regard)

eh, i'd say Warband also has pretty good combat. its not as visceral or satisfying as chivalry but the sword mechanics feel more realistic.

This game is amazing, but I HATE UBISOFT for not letting us mod the game, or at least let us play with the spells, imagine all we could do ! apart from that, i think this is an amazing Game, it would be perfect if it was like free roaming, and that you could go and take quests, but even so its still lovable. I hope to see another game like this, someday . . .

Tags
Embed Buttons
Link to Dark Messiah of Might and Magic by selecting a button and using the embed code provided more...